Being lucky enough to having owned one of these extraordinary machines, I admit guilt in being biased by launching this site with this specimen of motor vehicle.

Today, 25+ years on, a well sorted model is hard to come by. Some have been restored, some have had to have engine transplants done, and others turned into track monsters.

Our focus on this article is to concentrate on the factory spec model as it rolled out of the BMW plant in Rosslyn, Pretoria back in the latter 80s.

The script below is courtesy of TopCar Magazine – Angus Thompson 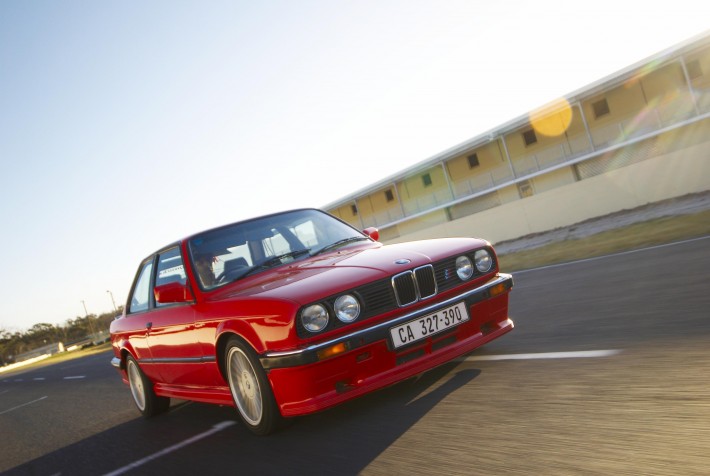 The 333i was more than a local Milestone, it can also claim to have kicked off an entire segment. Here was a compact executive with truly blistering performance, way back in 1985.

It was born out of an idea which isn’t uniquely South African but has been popular on the Southern tip of the Dark Continent: find the biggest possible engine, shoehorn it into the smallest possible bodyshell and worry about the handling and stopping later. BMW did things differently, with a proper development programme and extensive testing to validate cooling, gearing, noise levels and the like. The system had worked for the 745i.

While the 333i’s debut was a few years before the start of my career as a motor scribe, BMW SA kept an example in their press test fleet for years, and is restoring the car. It was trotted out on special occasions, and I did get to drive it. The overriding memory of that drive is the almost languid way the big six fed 285Nm of torque to the back tyres (via a Getrag dogleg ‘box and a limited-slip differential), overcoming understeer to turn the handling neutral and then slowly – and surprisingly controllably – into oversteer. “Oh, the back’s on its way to overtake the front, best feed in some opposite lock and feather the throttle a bit….ooops….”  By that stage the scenery was being admired through the side windows. But, as former BMW engineer and race driver Geoff Goddard recalls, it was quite predictable.

The 333i wasn’t ultimately a local development or even a homologation special, unlike the 745i and the 530MLE featured in these pages (topCar January 2008 and October 2007).

Though it could have been. Research and Development staff like Goddard and Danie Human (then a young technician and until late last year the man at the helm of BMW Motorsport) were furiously working on a project to slot the 3210cc straight-six from the M30 under the bonnet of an E30 3-Series when it came to light that Alpina in Germany was working towards a similar goal.

Alpina is a renowned aftermarket tuner of Munich’s finest and had developed the necessary to slot the big six into a 3. They called it the B6. As a result, much of the work done in SA never saw the light of day. Human recalls that the fabricated steel engine mountings he had worked on so diligently were discarded and replaced by cast aluminium items from Alpina.

Also sourced from Germany were the special inlet and exhaust manifolds, heavy duty radiator, 16 inch wheels, instrument cluster with 270km/h speedometer and the panel (still in German script) which fitted into one of the air vents and provided a host of ‘racy’ information including diff and oil temperatures. Bilstein-based spring/damper assemblies (with Alpina front discs) were also slotted into E30 bodies as they came down the Rosslyn line. In those days BMW was very much an assembly operation and not a manufacturing facility, so ‘batch’ type production of a specific derivative would not have placed undue strain on the operation.

According to BMW’s records 204 such cars were built, though four of those were ‘T’ designation development mules that were probably never sold. While we weren’t able to ascertain exactly when the first cars were built, 114 went down the line in 1985 and 90 in 1986 before production stopped in the middle of that year. Our well-thumbed copy of Auto Data Digest lists a total of 210, with 46 of those as 1987 sales, by which time the list price was a heady R65,370. It seems a number of cars were sold twice, though old-fashioned accounting is probably responsible for the anomaly.

What cannot be verified is how many cars were fitted with locally developed Dunair air conditioning and how many had power steering. Owners had to choose one or the other, because there wasn’t room under the bonnet for both. Telling them apart is easy though: on Dunair cars the foglamps were left off the BMW M-Technic front spoiler, the apertures feeding air to the condenser unit. 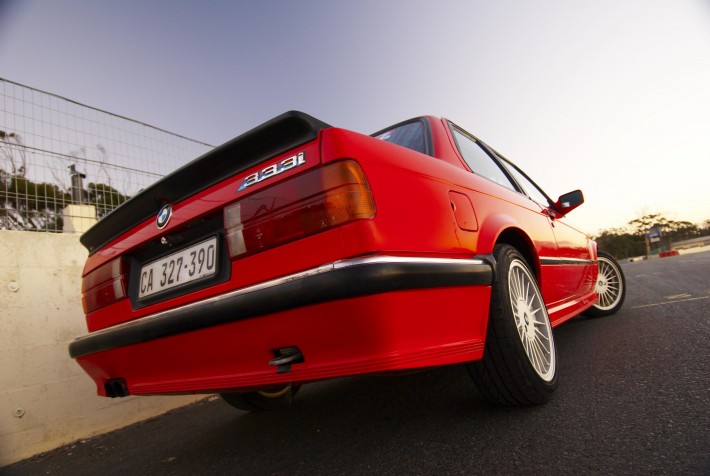 Yet there are no hints of the Alpina connection on the car’s exterior. Even the company’s logo, usually featured on the wheel centre cap, was replaced by locally applied BMW roundels.


The 333i went on to a shortlived motorsport career in class B Modified, courtesy of a car driven by Robbi Smith and sponsored by Kaye-Eddie, but it was never designed as a homologation special. Counting against it was the sheer length of the M30 block and the fact of a weight distribution far from the perfect 50/50. Still, it became an icon among performance fiends, and did much to cement BMW’s local reputation for making driver’s cars.