Credit: Words by SABeemer. Photos by The Urban Lens

My first car was a Corolla, white in colour and was fitted with a factory sports aero kit, sparkling 15” aftermarket rims with low-profile tyres and a sports steering wheel.

I was always a fan of decorating and modifying cars with aftermarket bits and goodies, so it was real joy when my car came with all these additions already supplied. Still though, the modifications list never ends, and the first alterations I did to the Toyota, was to change the indicator lenses to clear crystals and then install a lowering spring kit, to lower ride height and improve handling, but mostly because it just looked better. I was able to stop it there with the mods, mostly because the car got written off.

My next car though, was quite different. A 1986 BMW 333i. To my surprise, I was not intrigued to alter anything on the look of this car. Despite being “hassled” by others to change the wheels, or add some minor changes to the look of this car, I was not troubled at all. I liked the standard and original form and felt that to change anything on the 333i, would actually be a step backwards.

So over the years, I’ve grown to appreciate standard and original cars over the modded ones. These cars with their fancy mag wheels and shiny lights look fantastic – when done properly of course -, but its only when a clean factory fresh same model car pulls up next to it that one can see and appreciate the unspoilt crispness of originality.

The reason I appreciate originality more, could be from witnessing owners totally destroy a car’s image and looks by making ‘cool’ alterations. Some just get it horribly wrong when trying to  ‘style’ a car. Styling a car is an art and there are a lot getting it wrong. The balance between getting car-makeovers spot-on and over-doing it is very tight. A mag wheel/rim might look glitzy and gleemy on an accessories shop showroom floor, but when it’s fitted on the car it might not suit the vehicle or for some reason not go with the theme, and it’s that sort of detail that separates those who get it wrong and those who don’t.

Adil Fredericks of Cape Town based Claremont Fitment Centre is one of the guys that could give a good few people some tips on styling a vehicle. 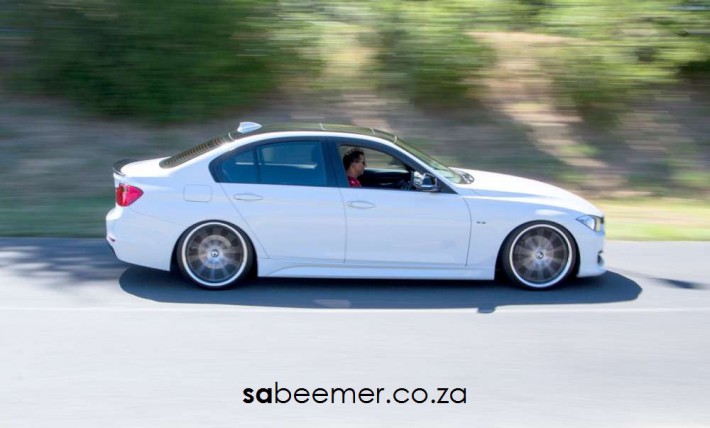 This sentiment comes from me seeing his own vehicle which he uses daily.

It’s an F30 320diesel, but the styling and additions are very tasteful. 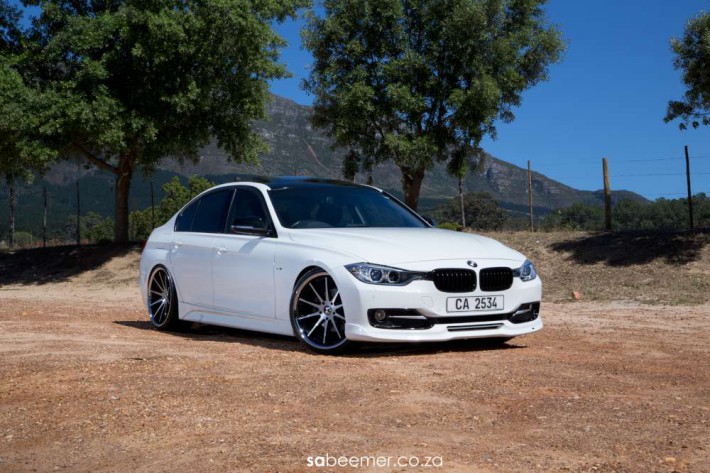 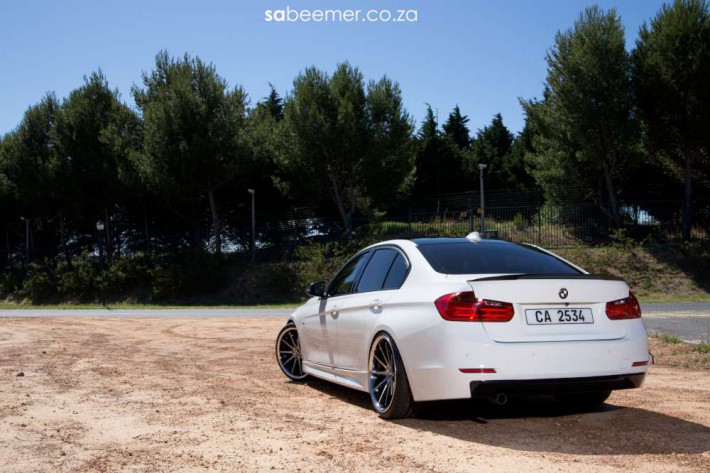 It’s the first F30 I’ve seen which has been given a personal touch in the looks department, and it’s one that I certainly approve of. What surprised me most of all was that this car, when bought, was the standard F30 package, and not the M-Sport. So Adil did a great job of turning a simple means of carriage into a stunner of a looker. 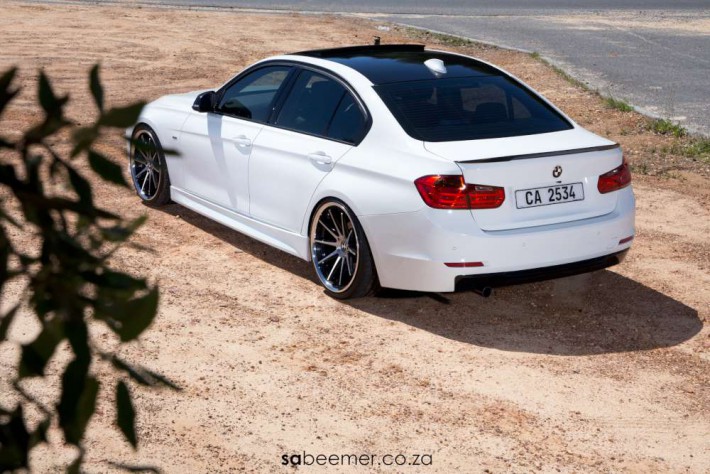 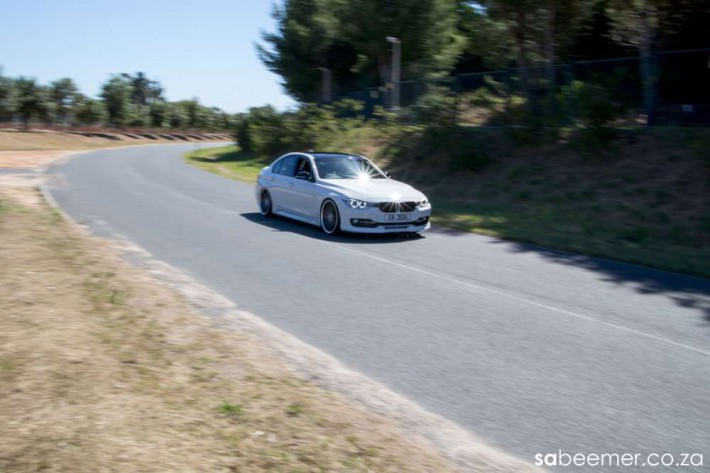 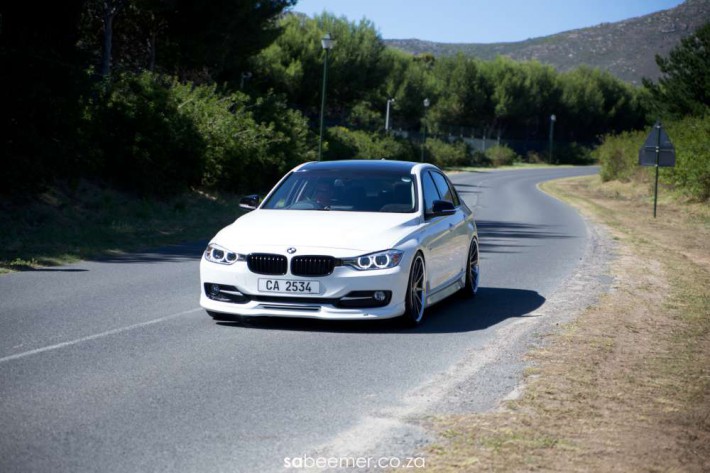 The bodykit is an Imported EuroSpec Aero kit comprising of the front lip and two side skirts. 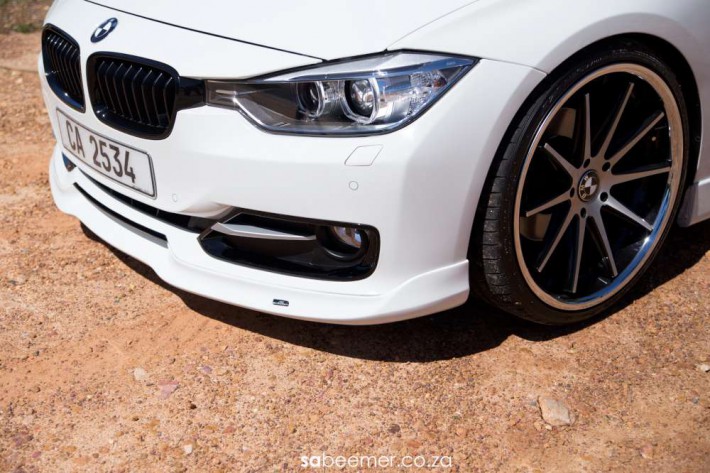 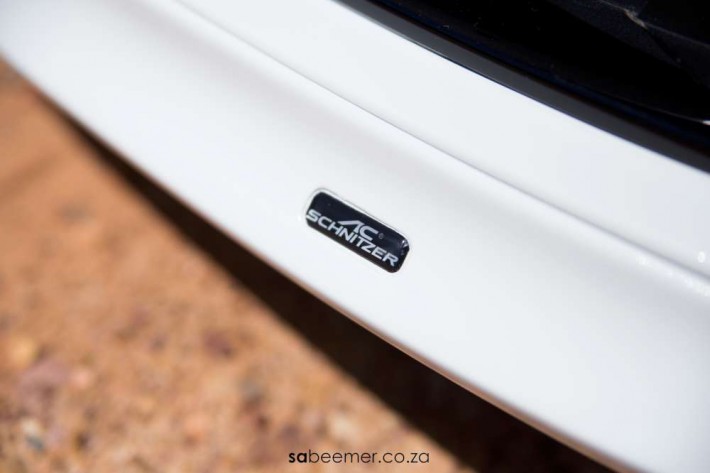 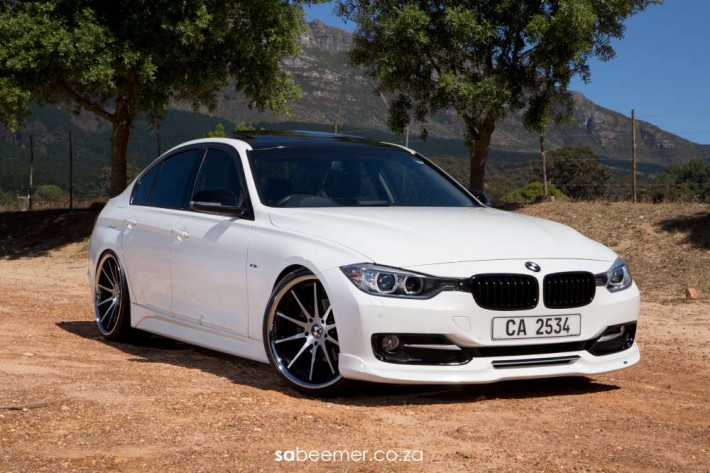 The Boot spoiler is an OEM BMW product. 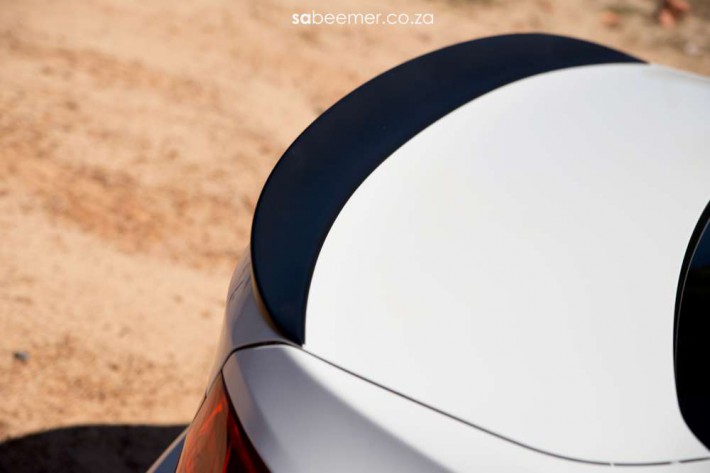 The coil-over setup is also imported and is set on a 60mm drop all-round. 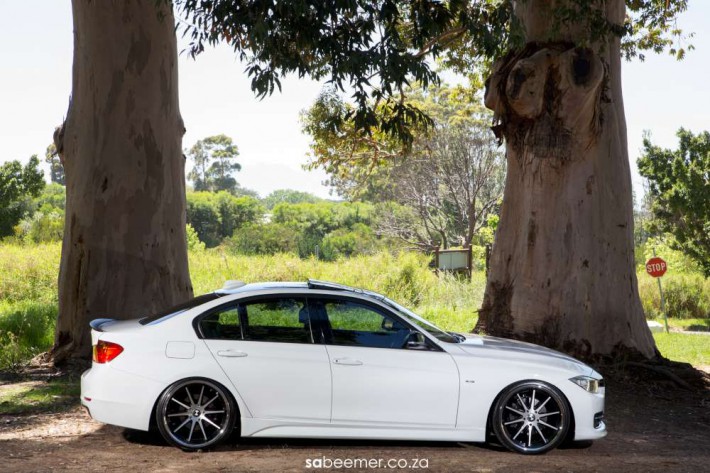 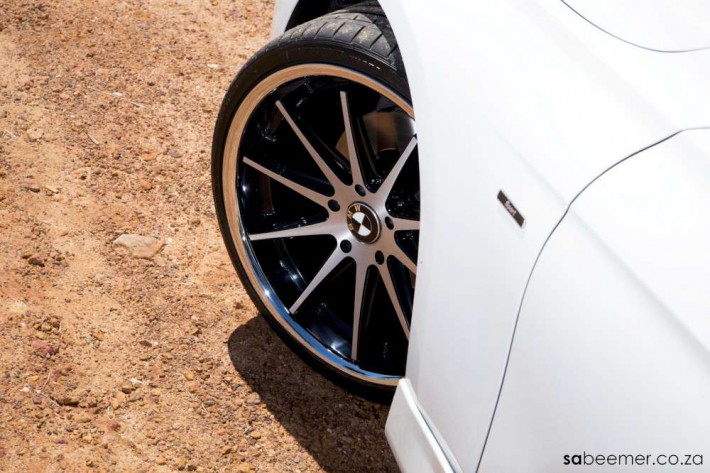 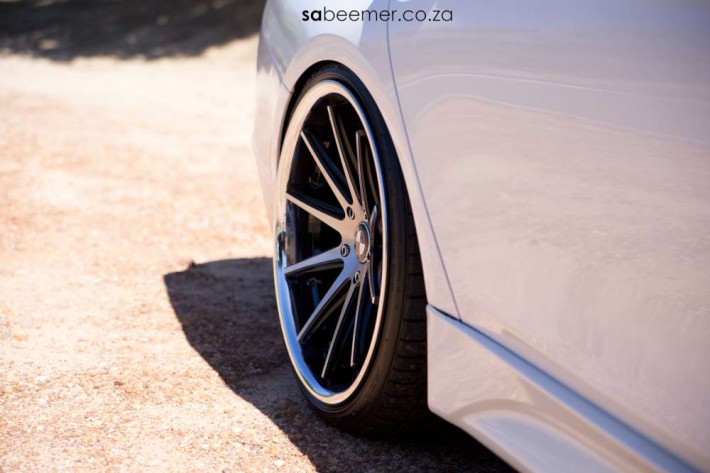 The roof, part of the rear bumper, spoiler, and mirror covers are all wrapped in gloss black. And the windows have a coat of 50% Llumar tint film. 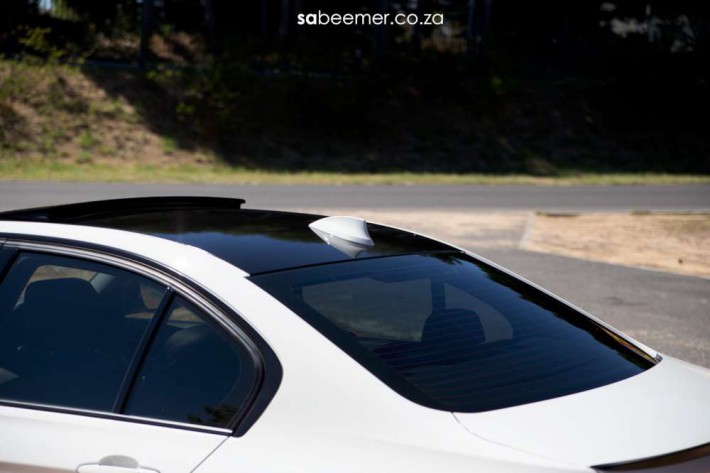 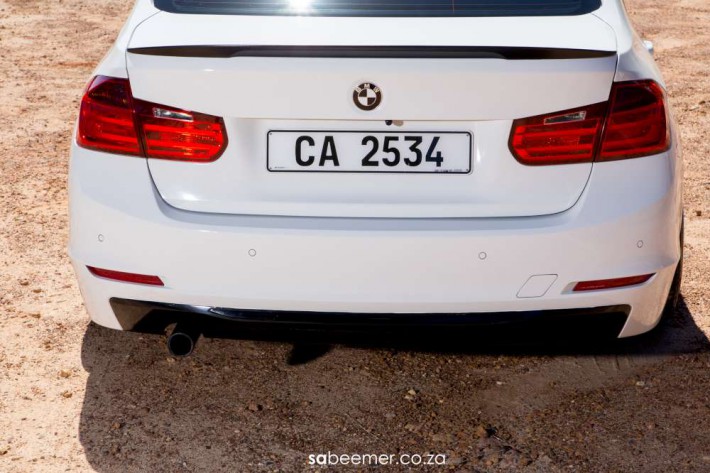 Speaking to Adil about a bit of his history with BMWs. He tells us he has had about 4 in total, and states that the best aspect of any BMW is the joy of the overall drive and handling.

To end off we go back to the saying “Details matter, it’s worth waiting to getting it right.” Quoted by Steve Jobs, played out perfectly by Adil Fredericks. 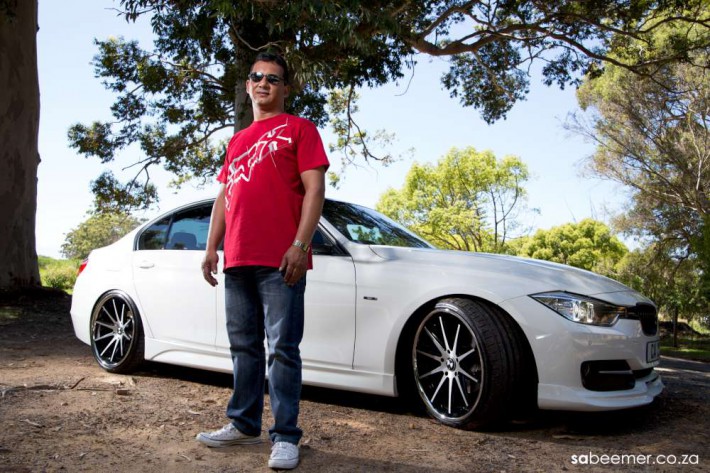 I’m sure Adil has other projects up his sleeve and this won’t be the last we see of his handywork.

Here are more photos to enjoy this car. 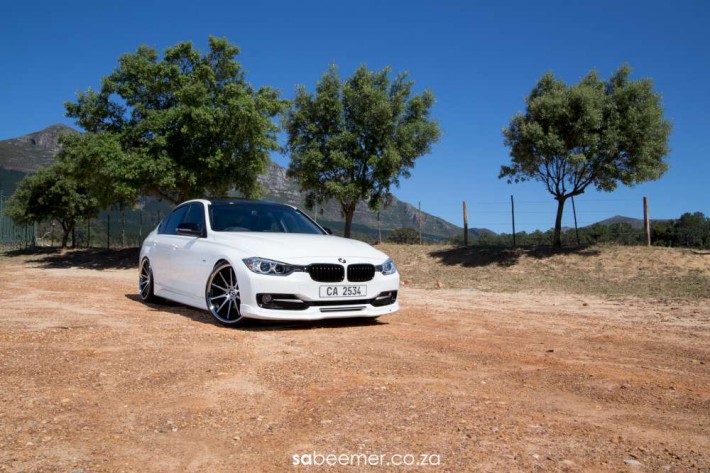 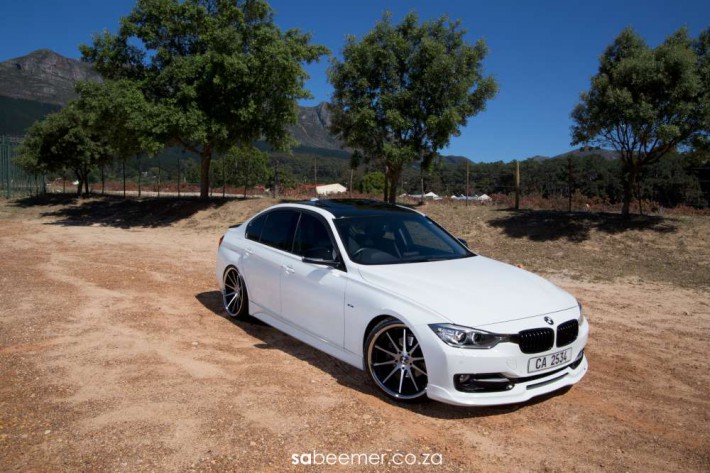 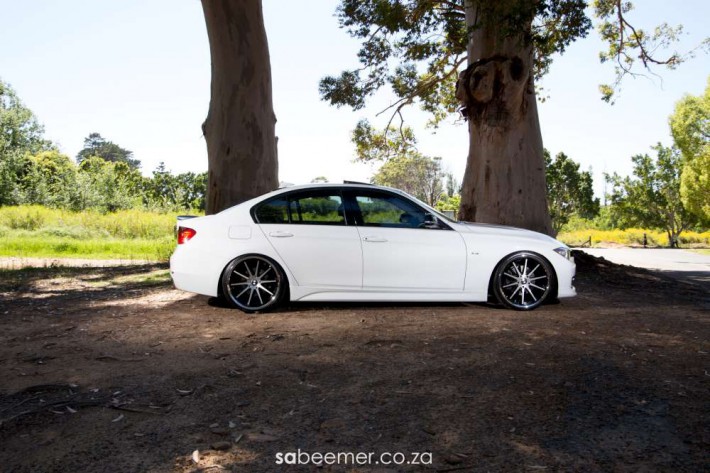 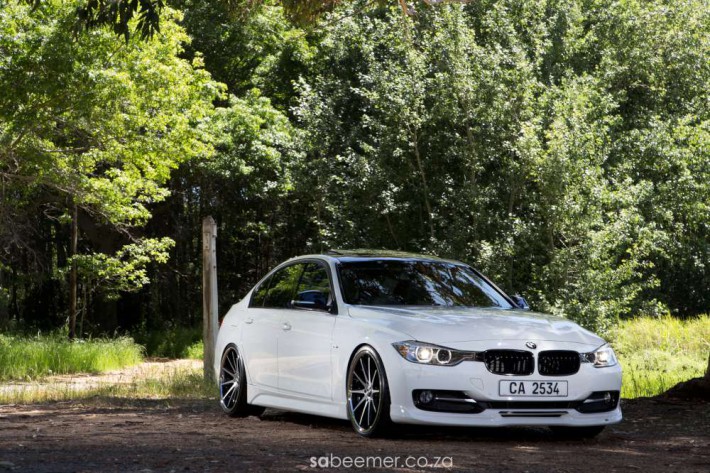 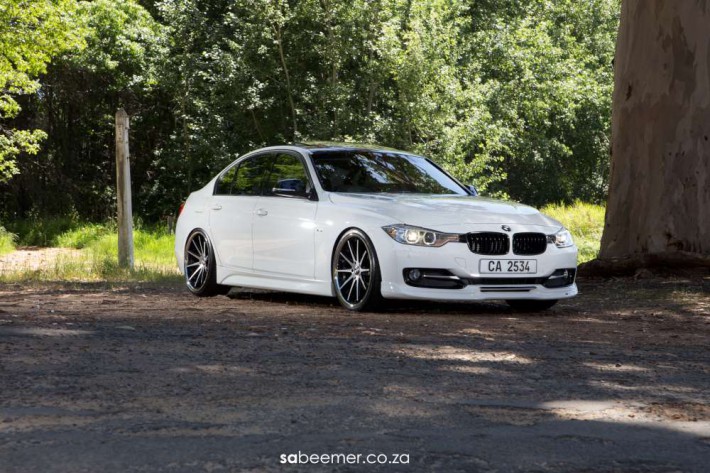 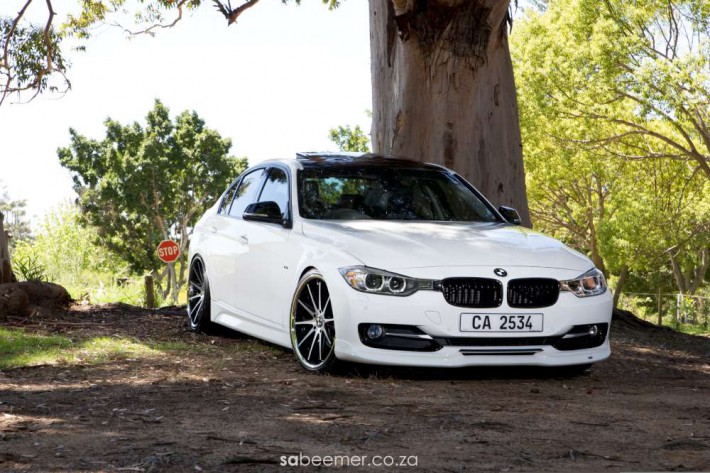 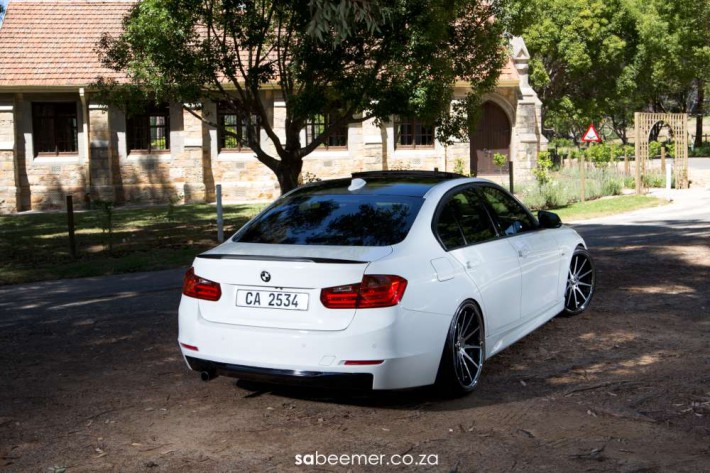 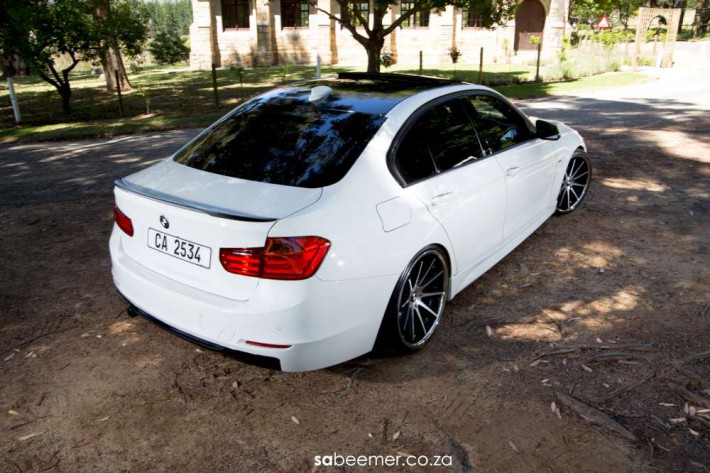 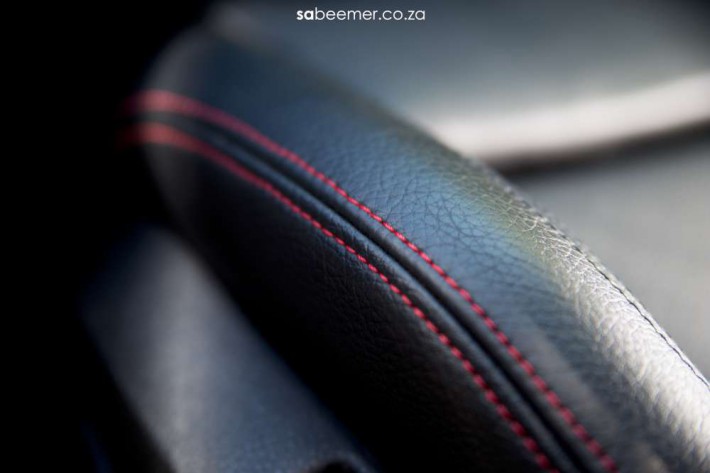 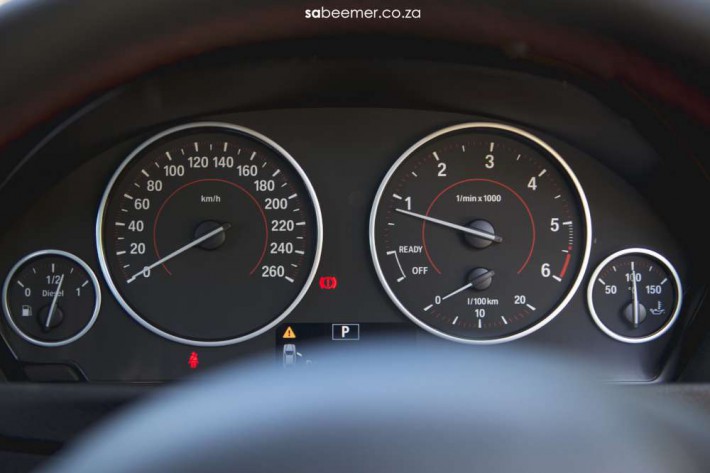 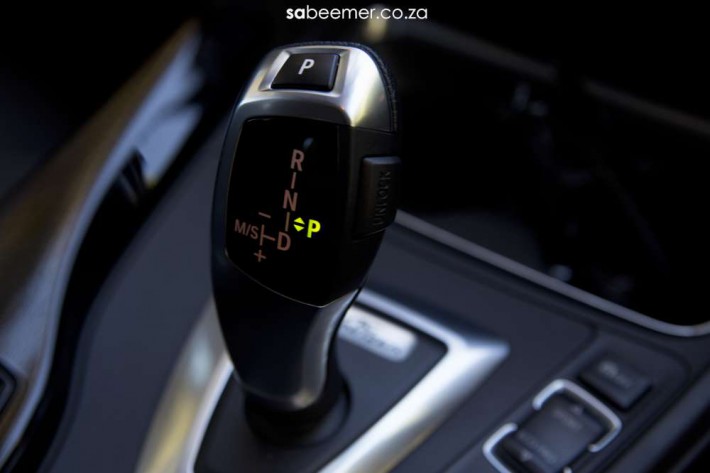