Credit: words and photos by sabeemer

About a year ago we showcased Adil’s very stunning F30 adorned with a bodykit and tasteful 20” rims. It sat beautifully, and one could appreciate the subtle yet striking changes to the standard appearance.

Adil has since sold the F30, and got himself a new toy. Thankfully for us its another BMW.

It’s a brand new F22 M235i, the 2door coupe version of the ‘baby’ in the BMW series of motor vehicles. 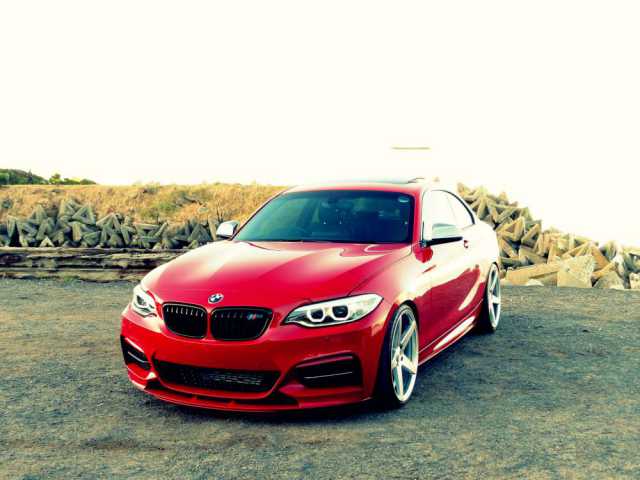 Now while the previous car was a 4-door, and a diesel, this new toy is a complete opposite. The M235i is the top-of-the-range in this model with the brilliant brilliant Turbo’d 3litre straight six N55HP motor. 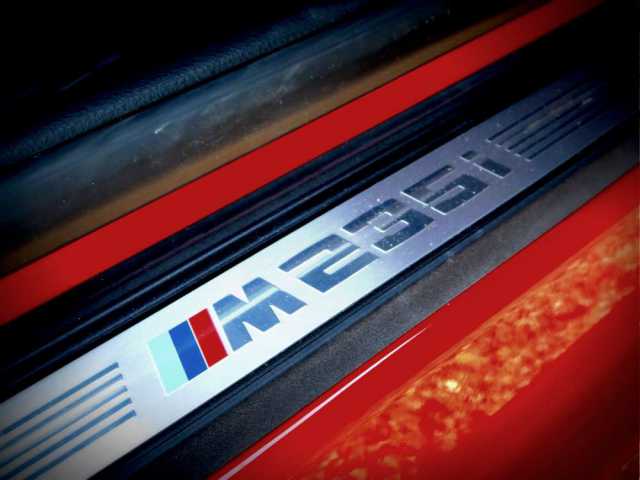 “With 240 kW available at 5 800 r/min, the new N55HP turbocharged inline six-cylinder engine delivers 50 N.m more torque (450 N.m in total) than the outgoing M3. What’s more, it’s available all the way from 1 300 to 4 500 r/min. And, while it stands to reason that most customers will opt for the convenience (and ultimate performance benefits) of the eight-speed automatic transmission, it’s the six-speed manual ‘box that will have enthusiasts (CAR’s testers included) fondly remembering a time when the E30 325iS roamed the streets.” CarMag.co.za 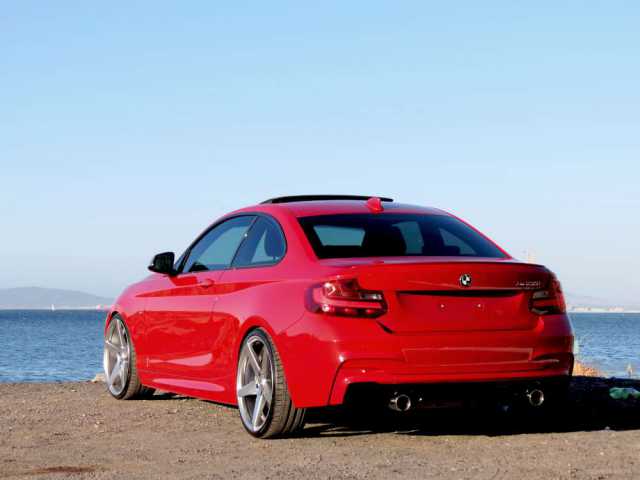 So with this choice of new wheels, I’d say that it seems as if Adil is getting younger by the day, rather than older. 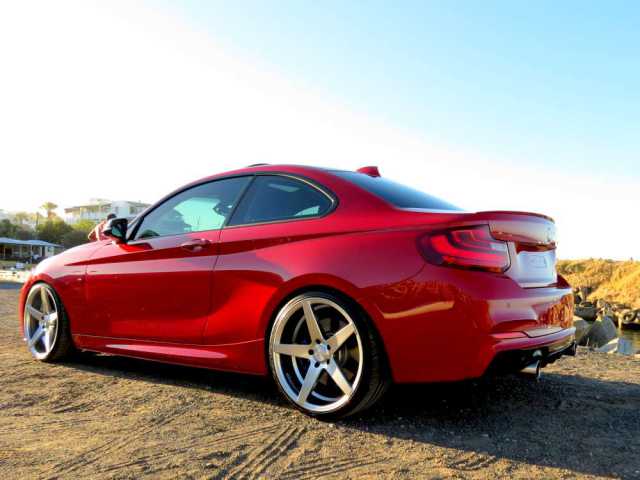 The F22 replaces the e82 1-series coupe. However it leaves behind the 1-series tag and adapts the 2-series  name leaving the 1 for the hatchback BMW at the bottom of the car makers supply chain.

The 2-series also shows its independence from the current 1-series by having its own ‘easier on the eye’ front-end. The F21 1-series’ front took a bit of time getting used to after it was launched , but this 2-series  is much more appealing. 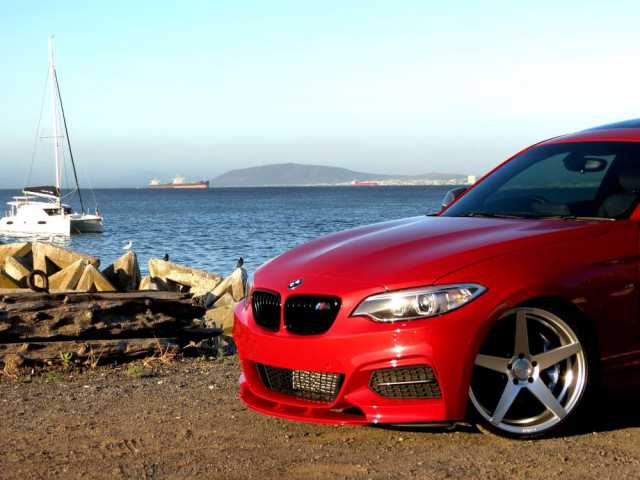 This car is covered in Melbourne Red paint. 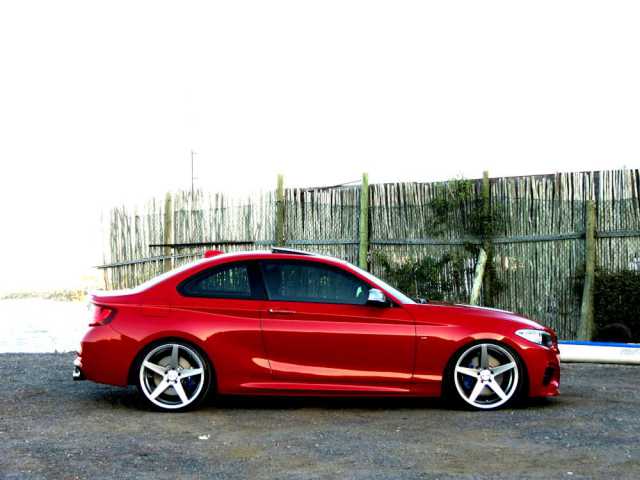 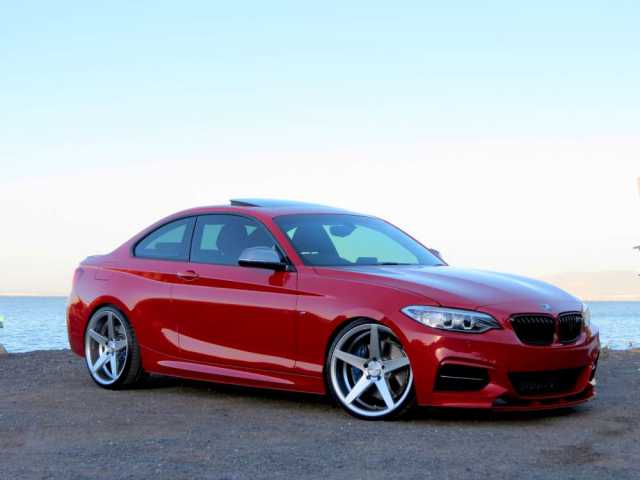 The bodykit is a Euro-style body kit which consist of front, sides and rear diffuser 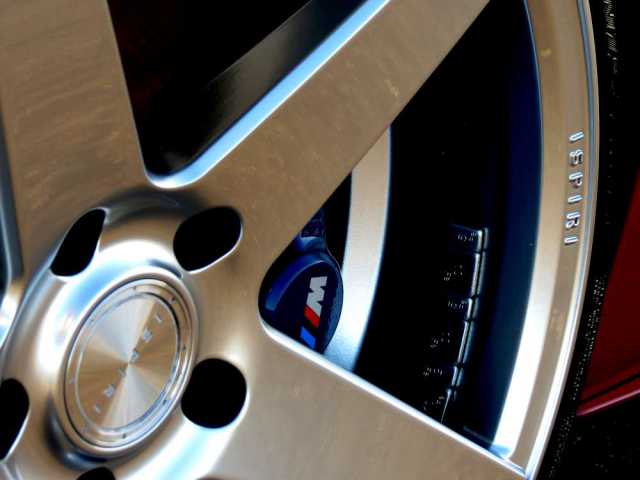 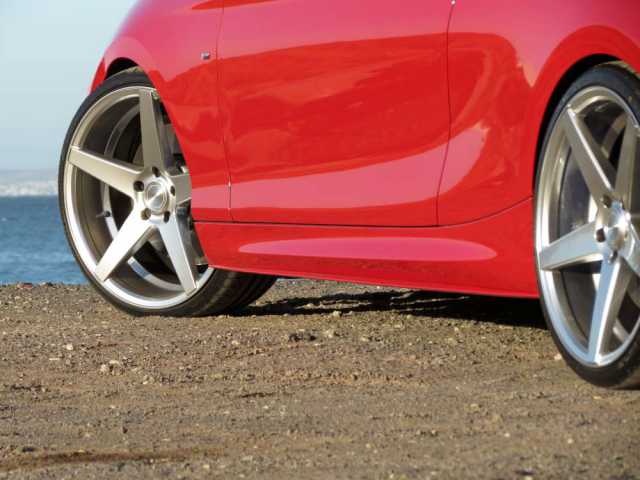 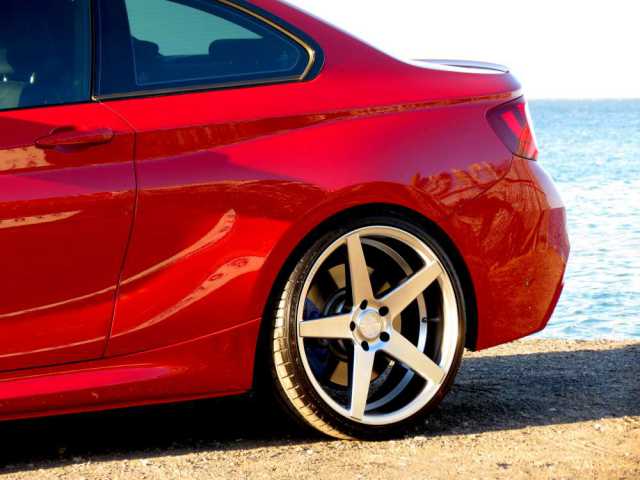 Suspension is an Eibach lowering kit – ordered directly from Germany.

After about 8 rounds of constantly fitting and then removing the lowering kit,

Adil was finally satisfied when the correct spec was found. Lowering 55 at the rear, and 48 in the front. 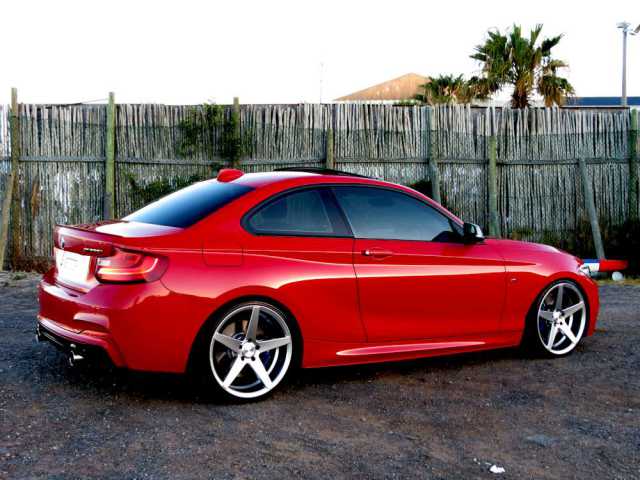 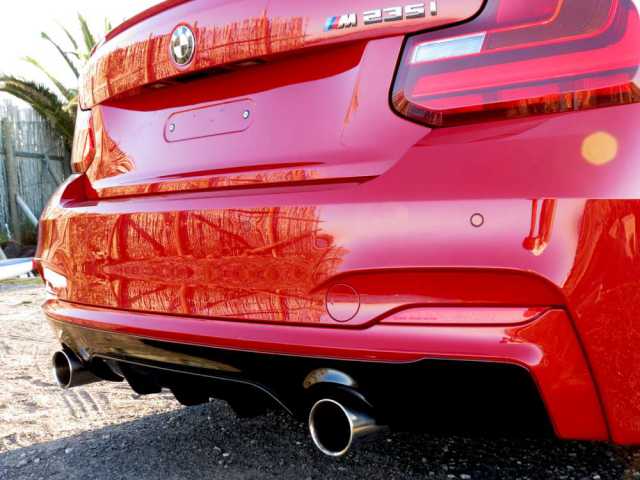 The build took about 2months to complete as Adil had to wait on all the imported parts. 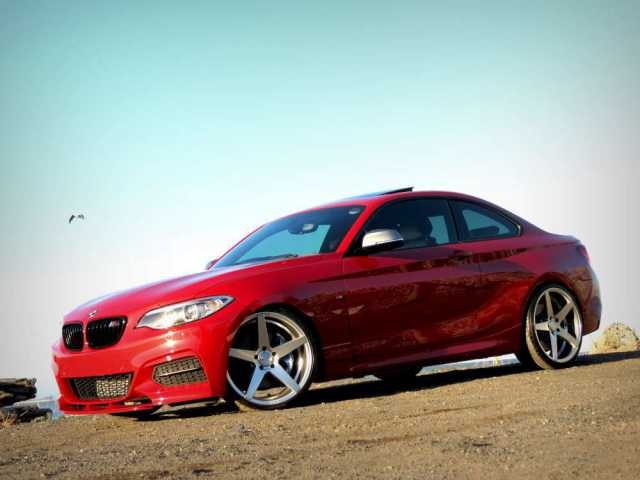 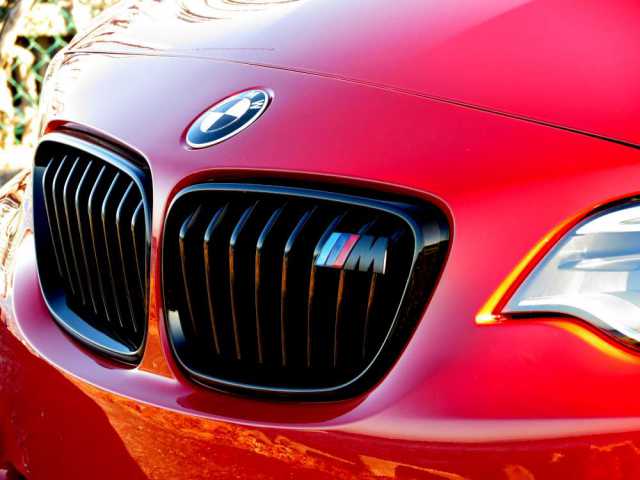 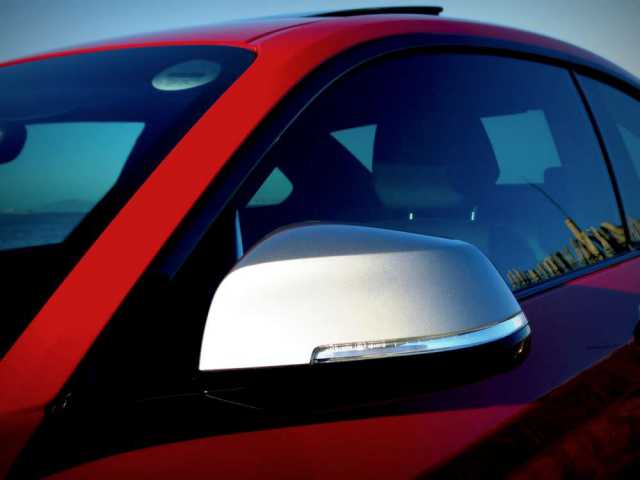 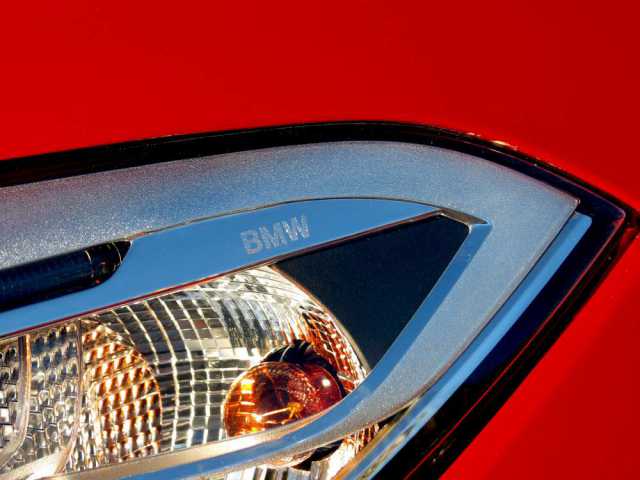 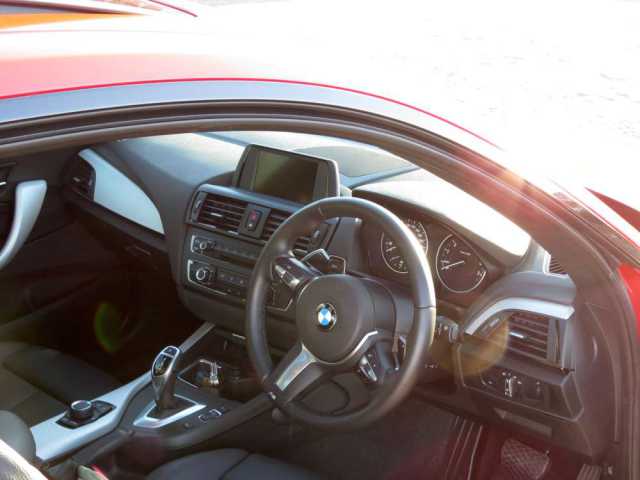 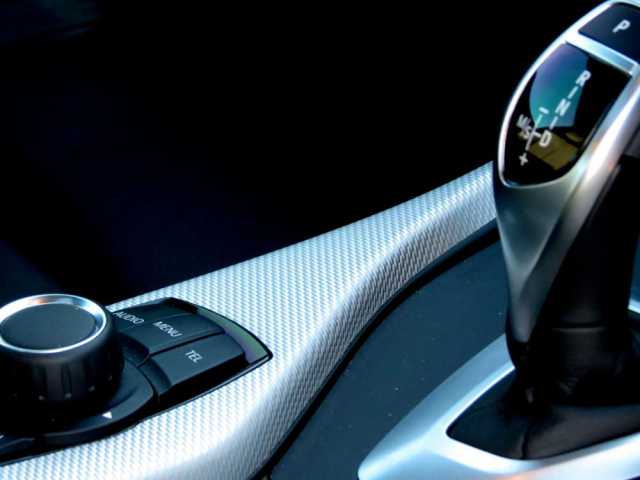 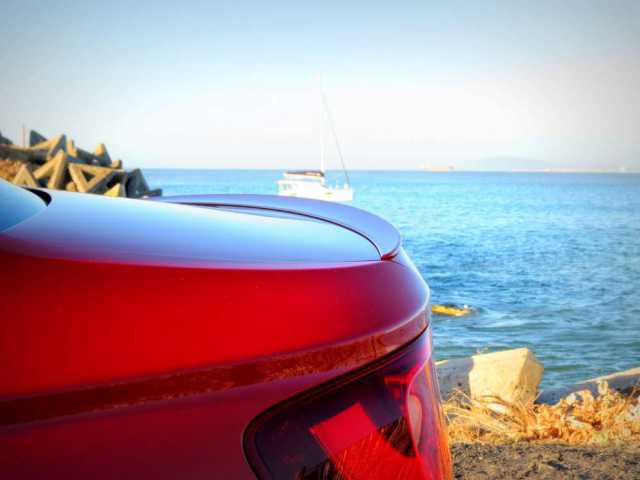 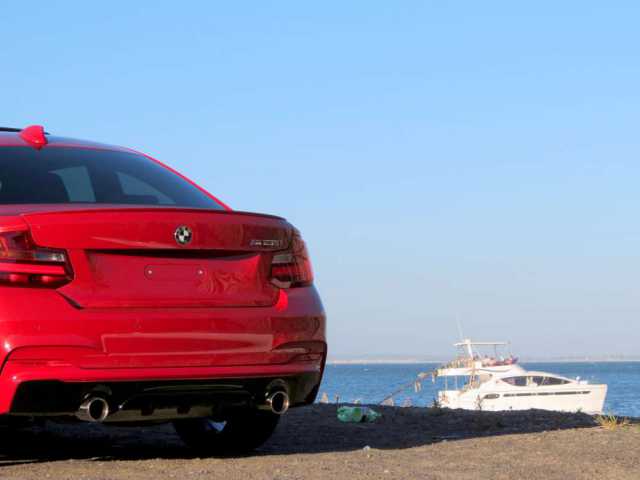 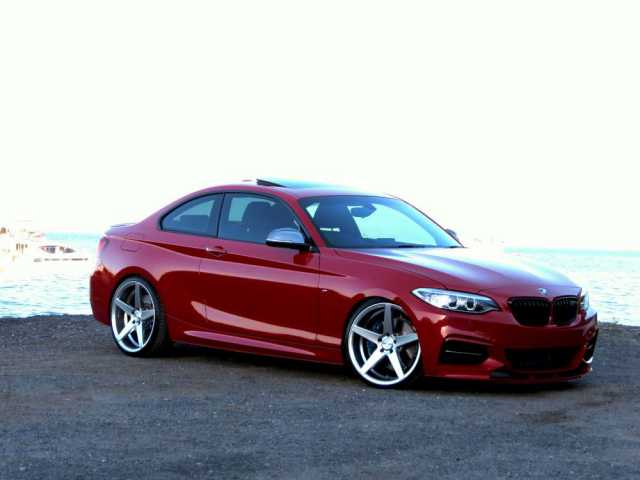 “Its’ an absolute JOY to drive.  The attention the car gives to its driver, the attention is attracts is just superb. The speed is fantastic and the sound of that Schnitzer performance exhaust is just overwhelming. What a brilliant car!” 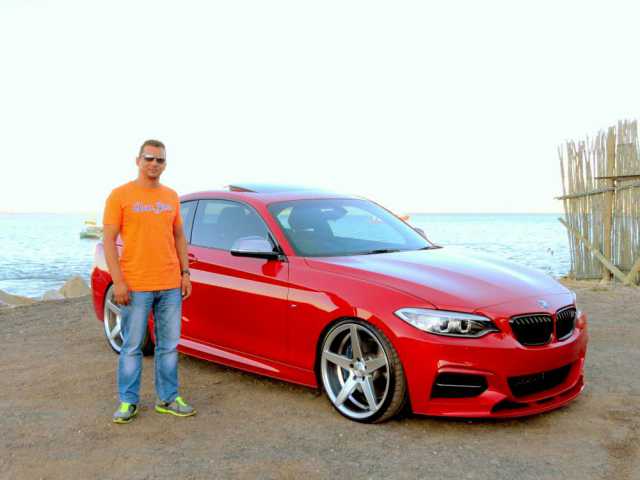 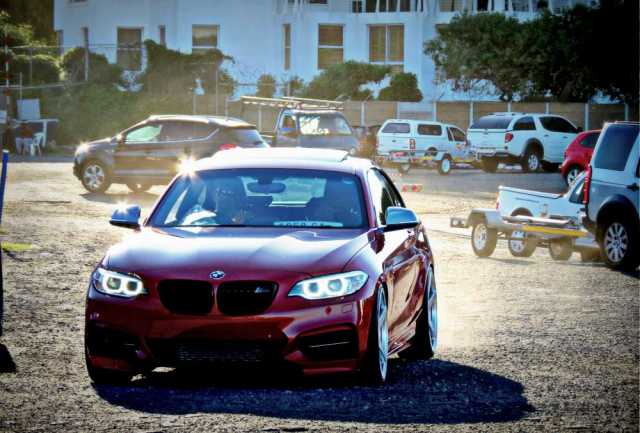