Vote in our 'Province Showdown2012' Competition.

Which of SA's 9 provinces has the most Beemer fans

So with 2012 coming to a close. we would like to see which of the 9 provinces in South Africa has the biggest number of Beemer fans. I will be uploading 9 pictures from each province and 'like' the picture if you are from that province.
At the end of 2012, the picture with the most 'likes' guides us to SA's province with the most Beemer fans :) 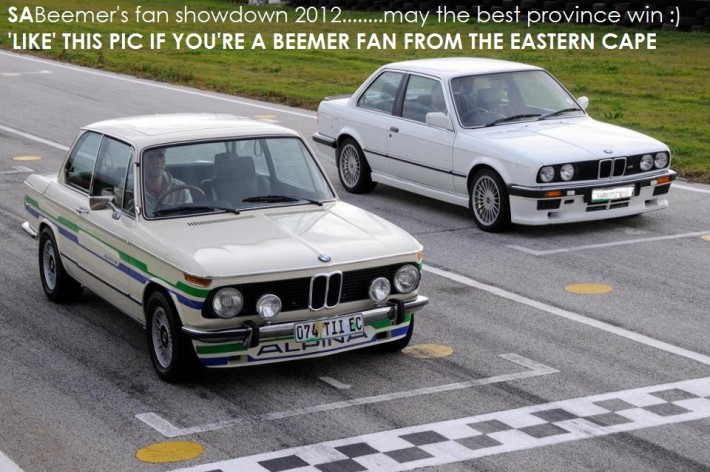 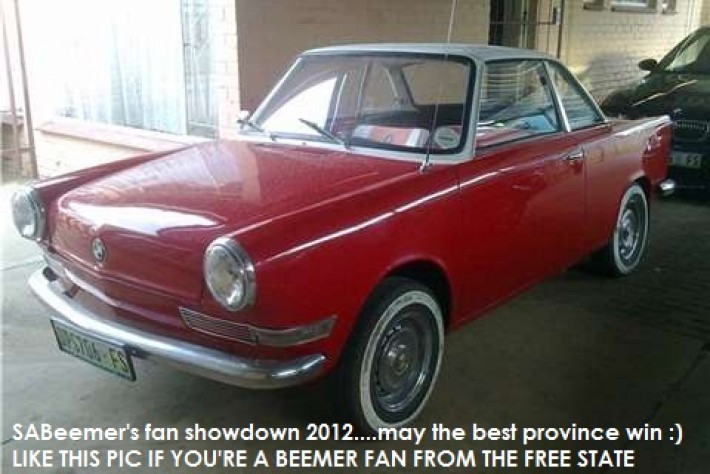 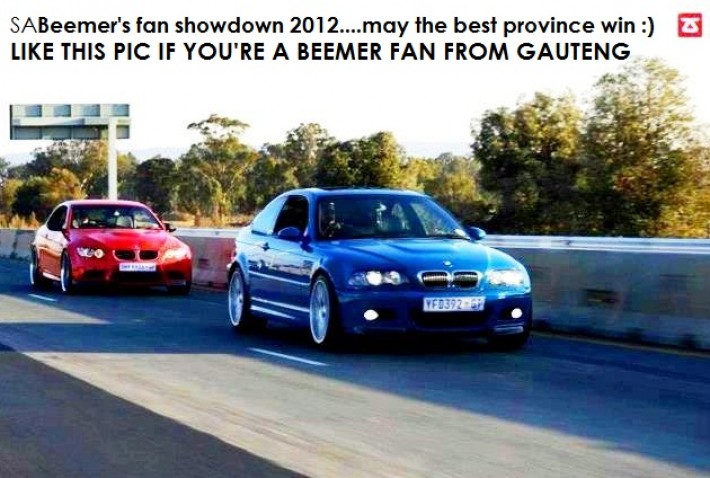 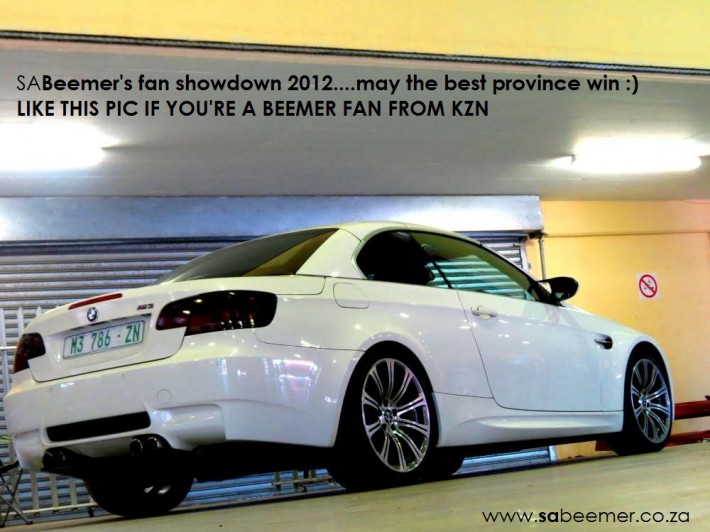 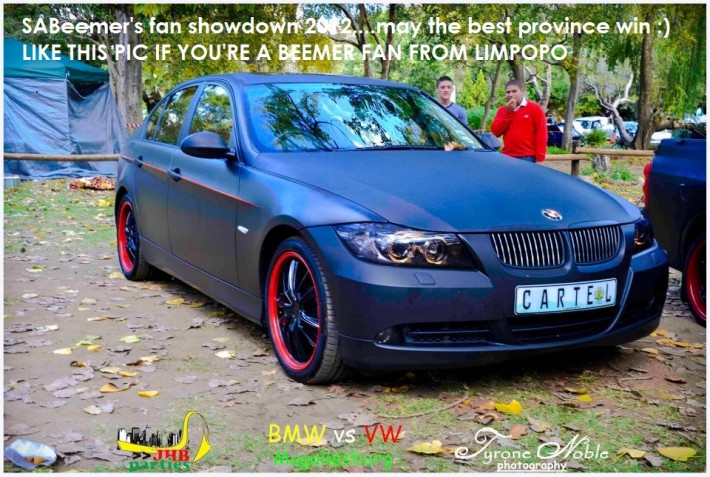 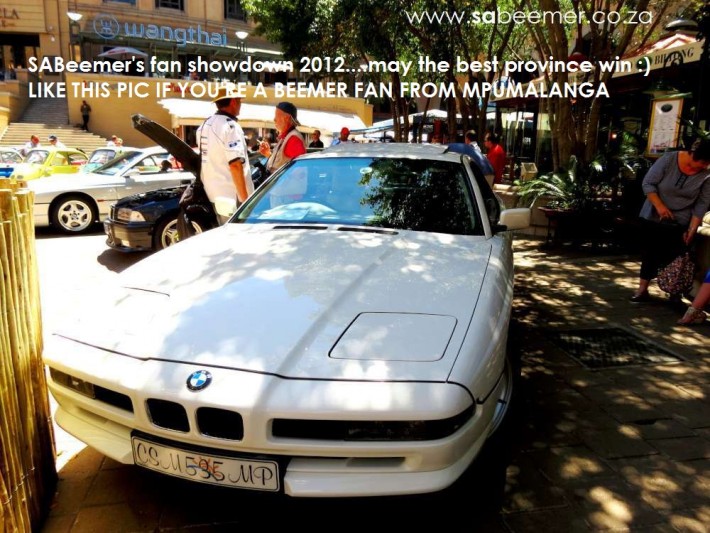 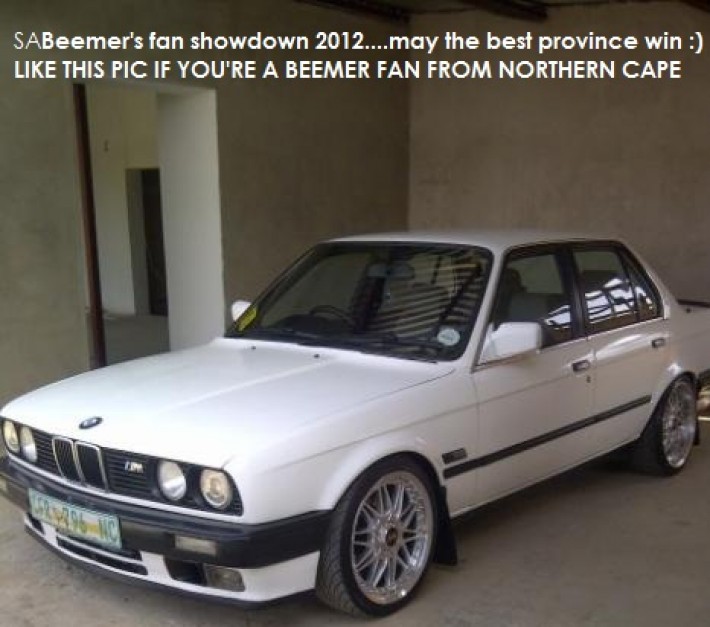 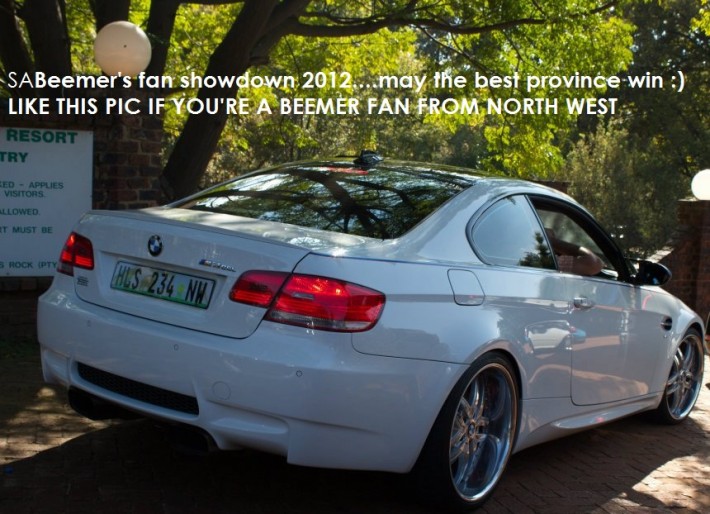 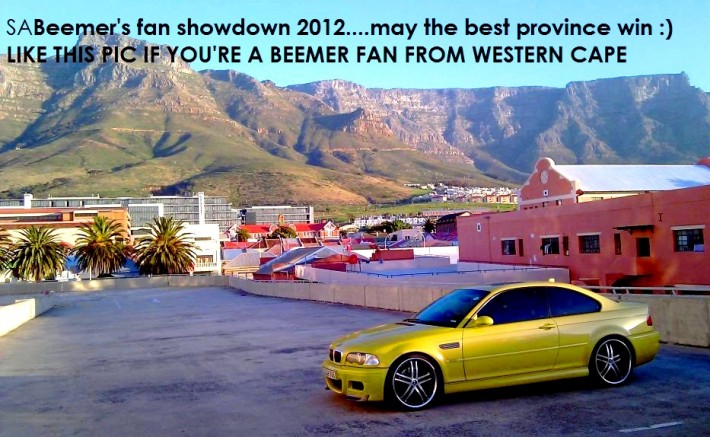