With SABeemer just under a year in existence, Johannesburg better known as the “hub” of the African continent, and being the largest and most resourceful of the nine South African provinces had the honour of hosting the  Mass BMW “Hook-Up’. A highly anticipated event. 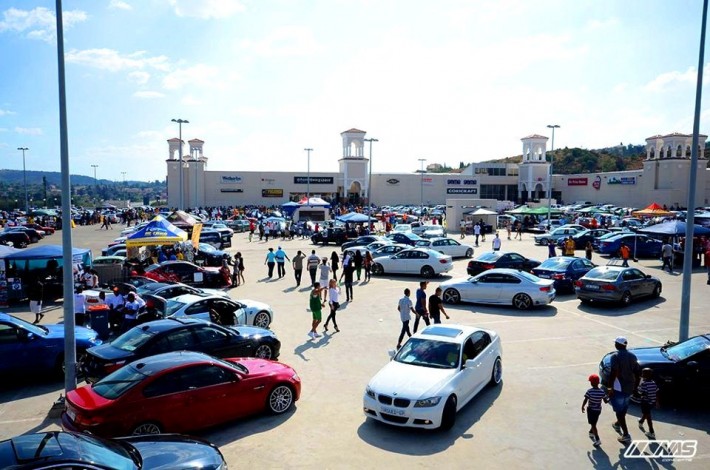 Johannesburg has never experienced such an extraordinary event thus far.

The idea was to open the invitation to any BMW vehicle to join in the Park-Off. General Public would participate by simply parking their Beemers next to others. Owners who wanted to show their cars off a bit more, could enter in the Show & Shine competition. These cars in the Show & Shine would be judged by 4 judges chosen on the day and winners of different classes would be handed certificates and spot prizes.

The Glen Shopping Centre, based in Oakdene, 10km South of Joburg City, represented by Mr Dean Myburgh was very accommodating allowing us to host this event on his premises. The roof top parking space is what attracted the idea of loading GP’s hottest Beemers accordingly.  It is gratifying knowing that there are corporations and establishments rendering their hospitality to us “ car-crazy” fanatics to express and enjoy our social passions at their venues.

Joining me on this venture was NAS Concept Crew based in Lenasia which is directed by the Seedat brothers, Naeem and Zaheer. They have amongst their team of 12 guys some of neatest and freshest 325iS’, E36 M3’s, and a few gorgeous E46 M3’s (aka 4pipe in Lenasia slang).  They were the ‘Officials’ of BMW DAY GP. A simple, happy-go- lucky bunch of guys that are passionate about all things that go over 200km/h……. lol, seriously though, they were enthusiastic to express their passion for the BMW brand by volunteering for Official duties. And what an awesome execution by them!! 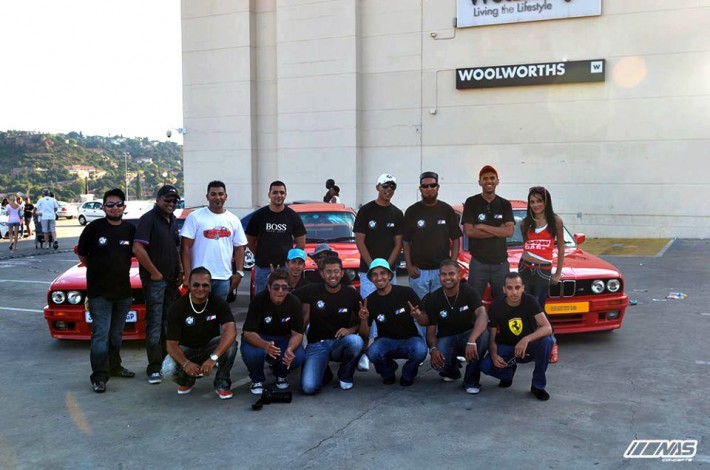 The day was amazing. Its’ hard to put into words really, so I am going to rely on the photos to talk more about the day.  Guys and girls really honoured the invitation to either show their car off,  join in a convoy from suburbs all over the Jhb region,  or simply come and  see what was on display and as a bonus get up close with  BMWs that they have never seen before.

There were participants from out of town who drove to Jhb especially for this event.

(Kimberley, Rustenburg, Nigel that we know of)

Our MC, Vic Pardal from Mzansi Rides & Jozi Spinmasters did a fantastic job in presenting and entertaining the crowds. 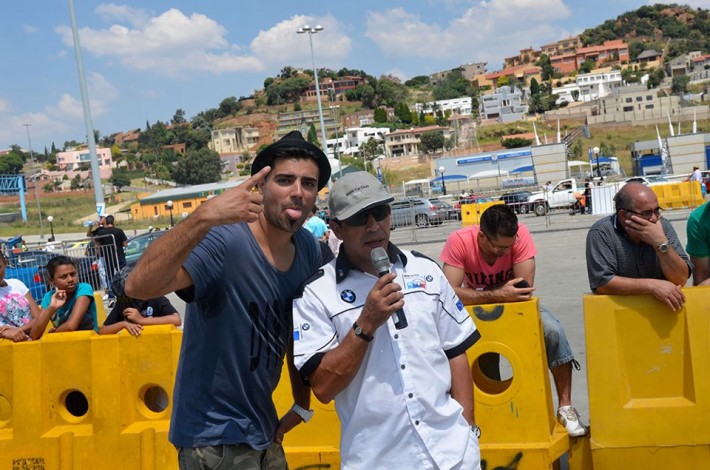 Exhibitors that were displaying their products and services were:

Tune Tech couldn’t make it on the day as an exhibitor but brought their just recently finished project E92 M3 Track Monster, to display

Auto Glen BMW Dealership didn’t have any representatives available for the day but supplied a few gift packets for us to hand out.

SouthSide Crew, Jozi Spinmasters, and BMWfanatics were clubs being represented.

In the end, the car count was just over 400 BMWs in that one location from 10am till 5pm.

It was for us, a real celebration of Sheer Driving Pleasure and MPower for the fans.