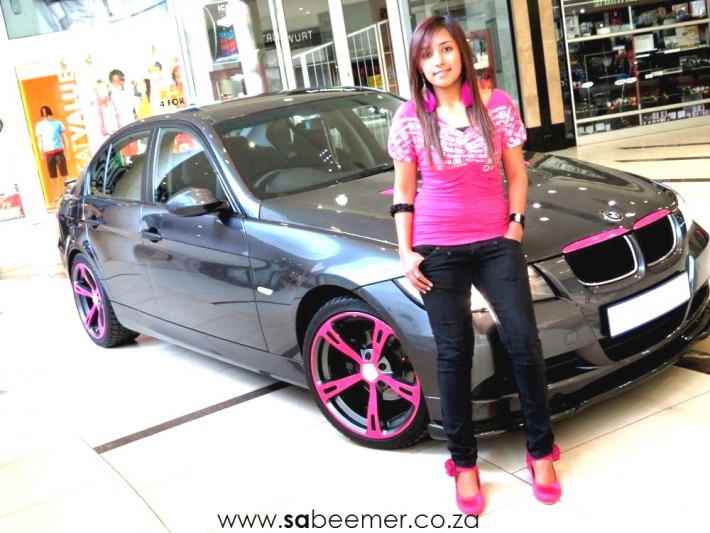 Gone are the days when women were only tied to the kitchen. Women buy 52% of all new cars and influence more than 85% of car sales (Forbes). So why aren't the guys in the automobile industry paying attention?!

Being a lady, the process of customising my car is quite a long, frustrating and a never ending one. Especially after you’ve walked into a spares or major car accessories store, then are completely ignored because of being a female. Luckily however, in this industry, other suppliers are not hard to find.

Since I grew up in a car-enthusiast family, my knowledge and passion is very much real. I was never a girly-girl and never liked pink, but I love colours and being a marketer we like to mix it up a bit and challenge the norms.

Original plans for this vaunted 3-series included the colour schemes of black and green, however it started becoming too common, so was red and orange. So after some contemplation the idea of “Girlification” was formed to break through the standards created by society. Naturally no one supported my ideas... Simply because firstly, it wasn’t done before, secondly since it’s a BMW, and lastly, because “it’s a man’s world”

Perhaps we could simply accept widespread girlification as a broadening access to character traits - if only it weren't so narrow. Narrow and narrowing. 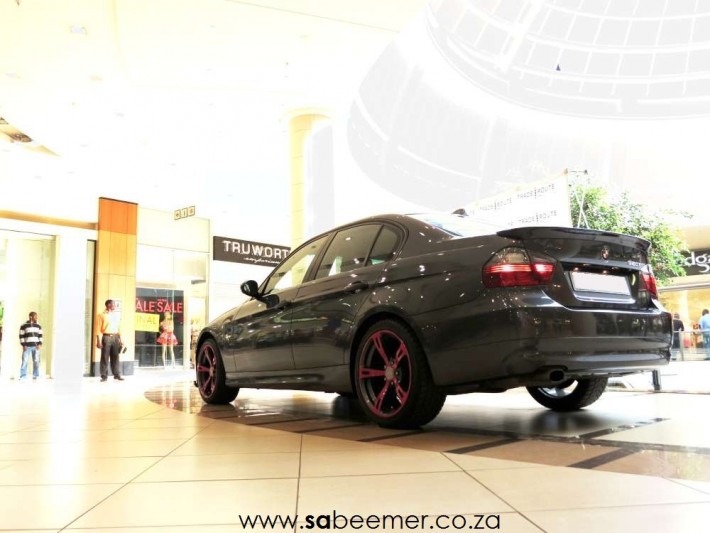 This BMW is like a fashion model transforming the Jo’burg roads into a catwalk .

The first change to any car is the wheels, and the choice for this one was 18” AC Schnitzer rimz. 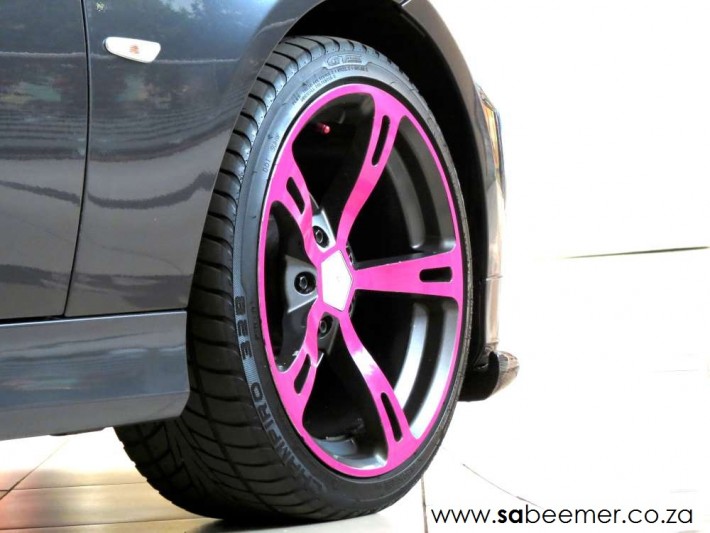 Next it was off to the fabric shop to purchase crush velvet for the seats and crystals for a bedazzled effect. An associate helped to stitch it together and do the embroidery, which took a good few months. 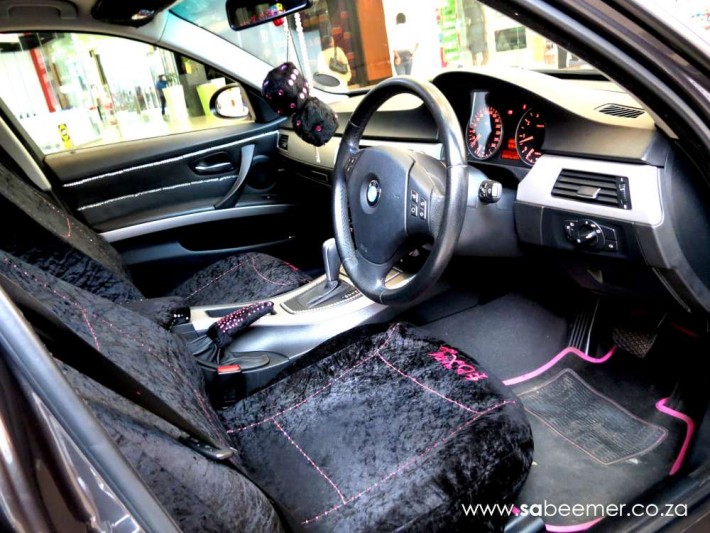 Thereafter mats were made to match the colour and theme. 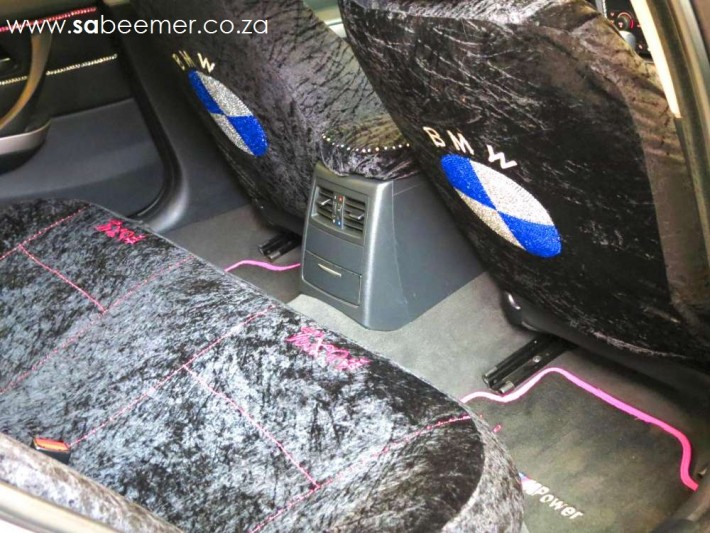 Once the interior was done, the attention was turned to the exterior of the car. The standard tail lights were swopped for a set with a smoked effect and then a carbon-fibre M3 bonnet. Then came the carbon fibre front and boot spoiler.

That was that for the time being. Initially, I was highly discouraged from putting pink rimz, until I came across a Cancer Awareness Programme aimed at the youth with the concept of “pink wheels” instead of ribbons and clothing, and so in support of that, without concern of the criticism I had my rims wrapped pink along with my grill and finally finished my car with fitting wheel spacers in myself. 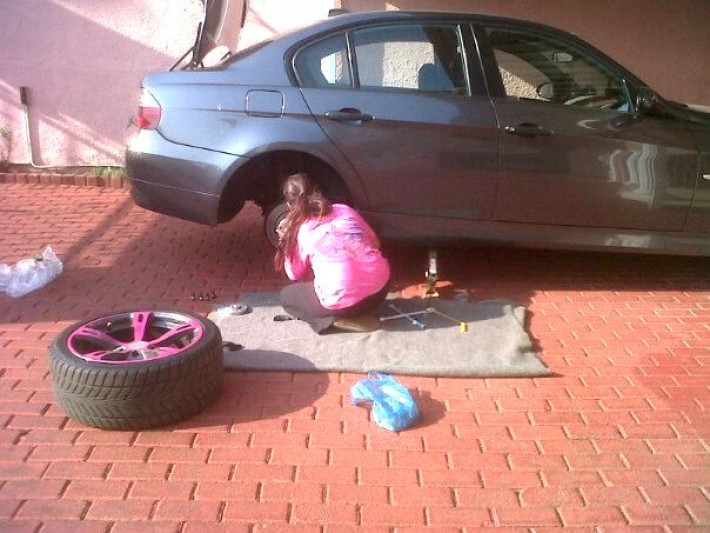 With this car, I left the cooking circle and designed something crazy. Balance be damned, I just did it. However there is still plenty that needs to be done that includes tinted windows, lowering the suspension, changing the front lights, and perhaps an exhaust or engine modification. The world is your oyster when it comes to customizin. 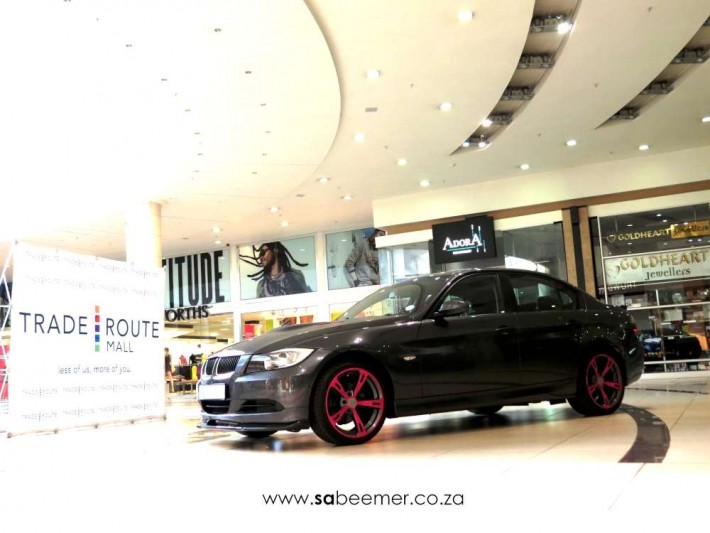 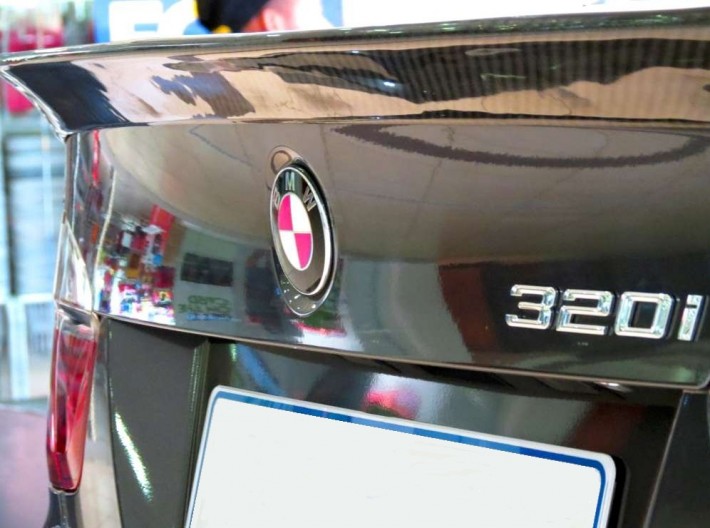 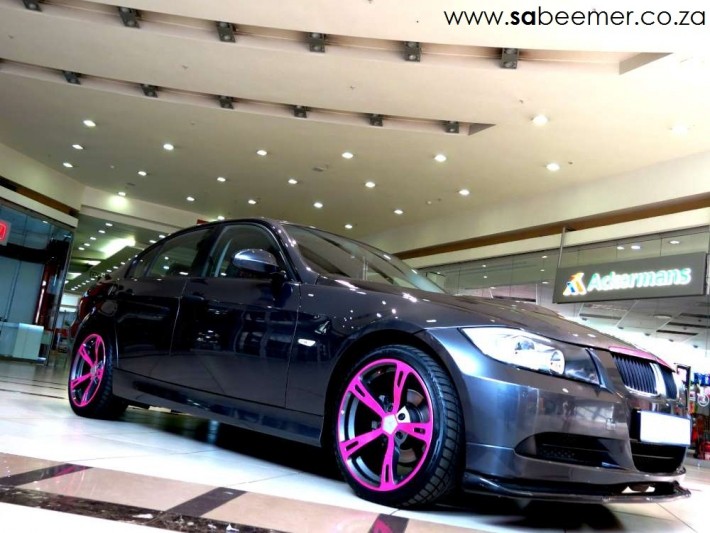 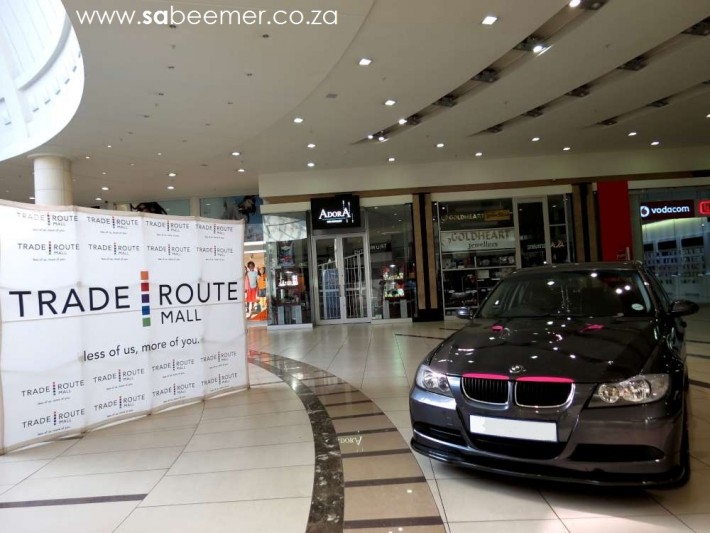 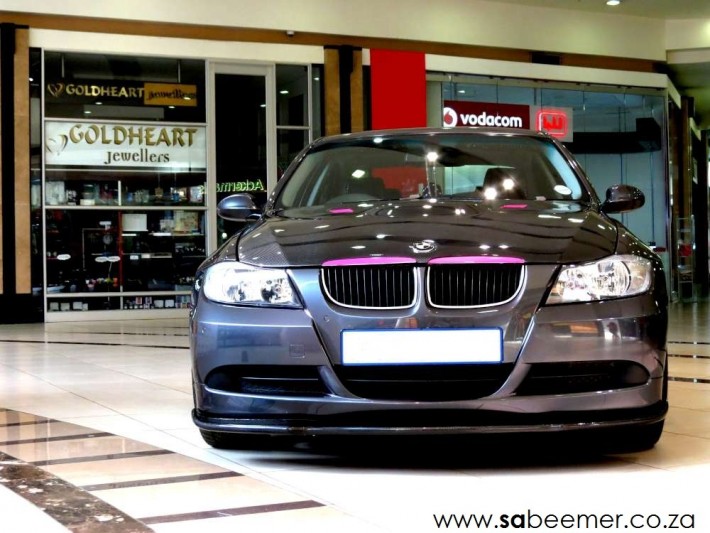 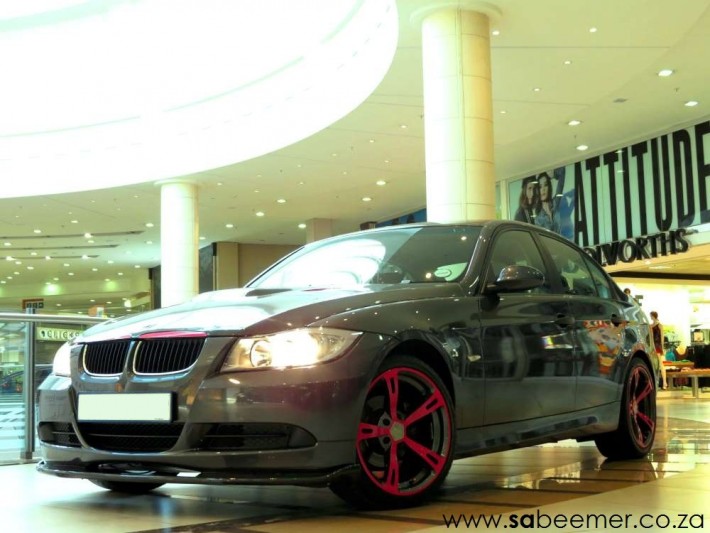 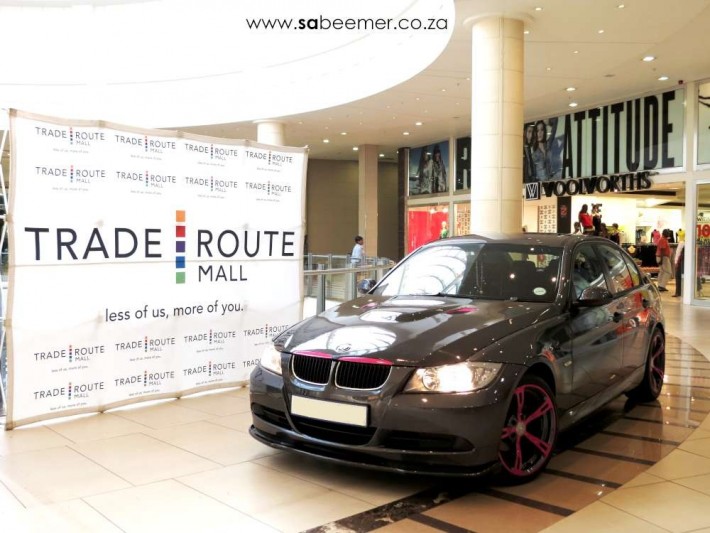 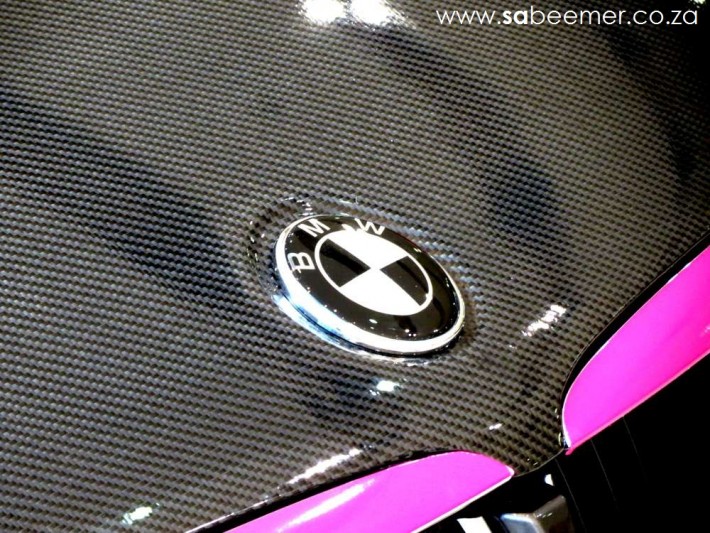 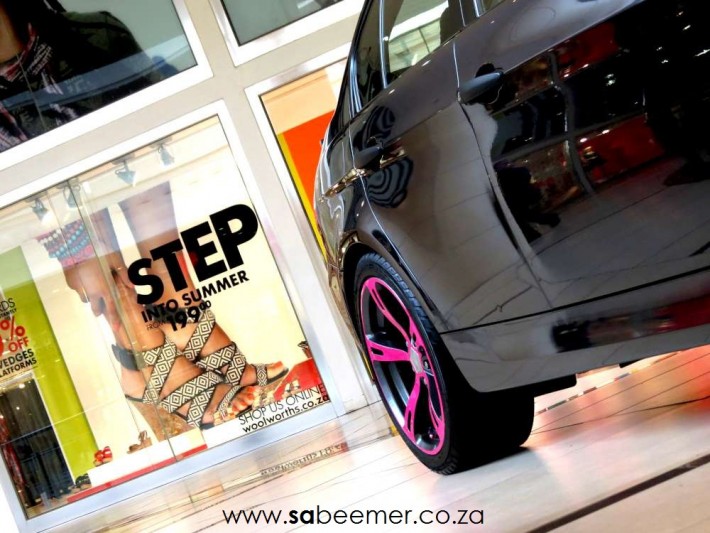 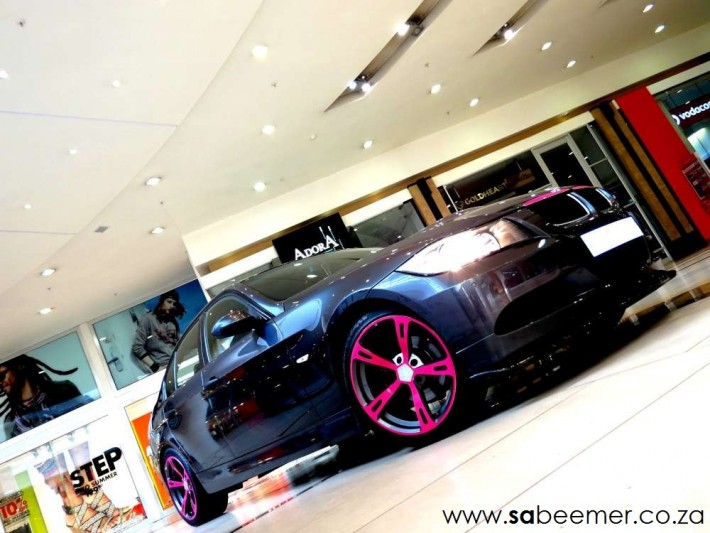 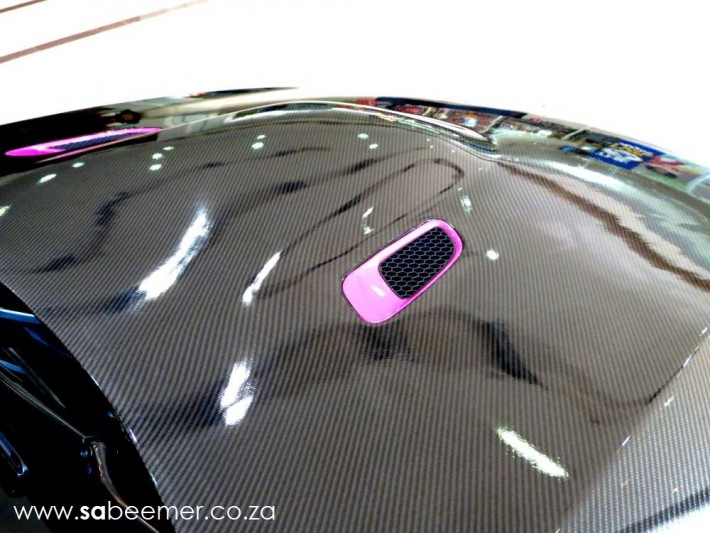 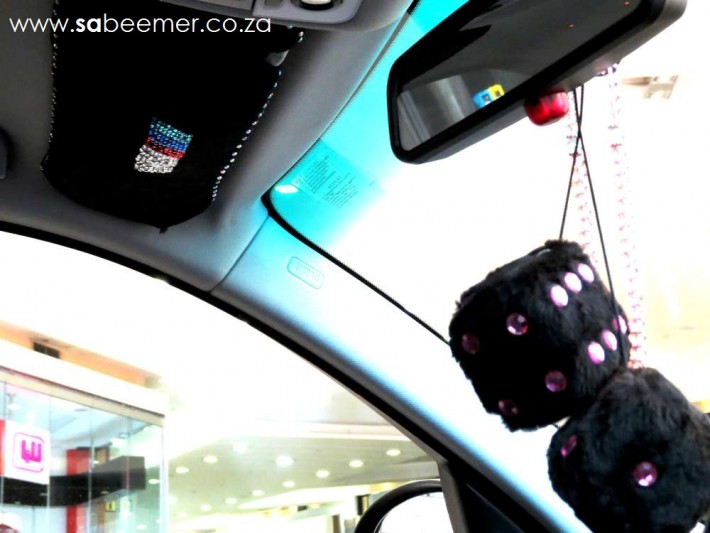 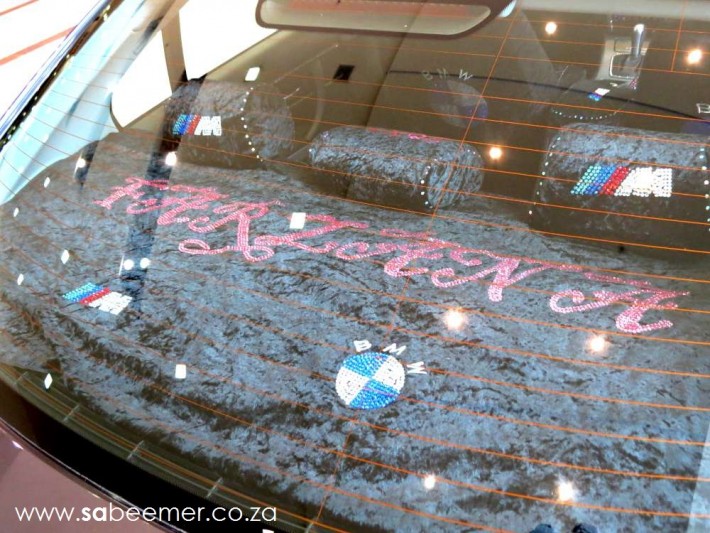 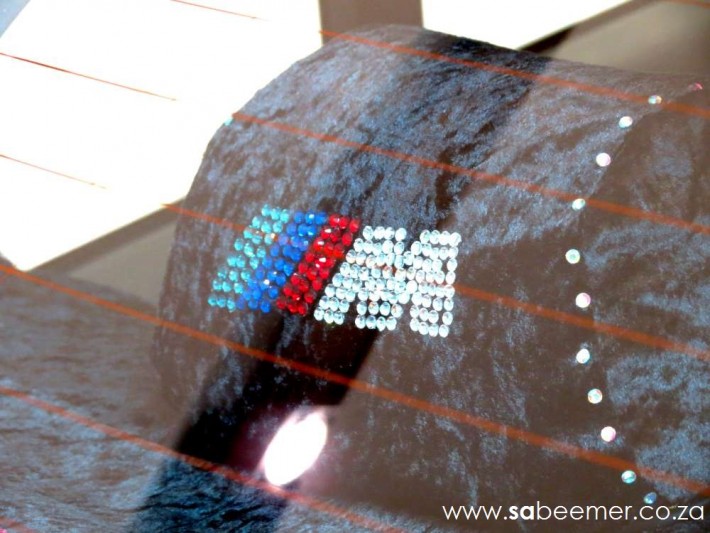 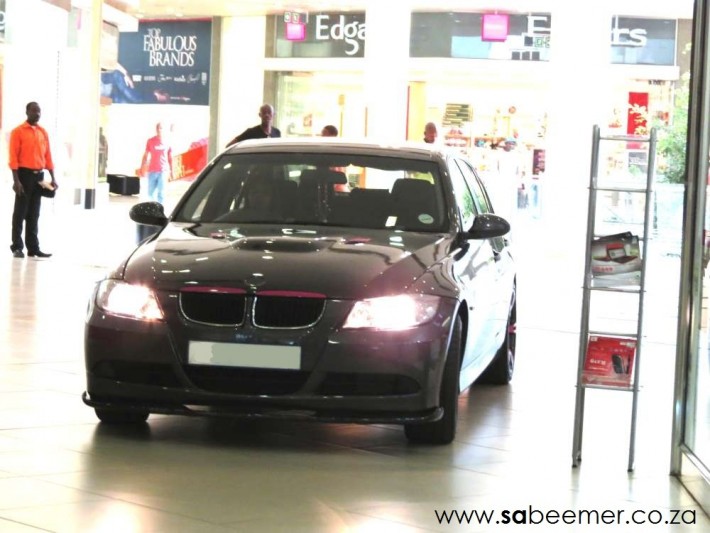 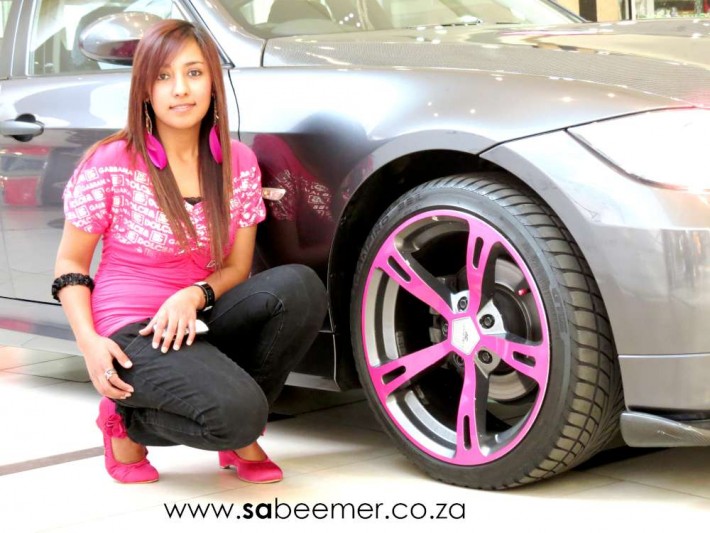