The BMW vs VW 2013 showdown took place on April 21 and 22 at the Lovers Rock Resort in Magaliesburg. The valleys of Magaliesburg were strewn with show vehicles throughout the weekend. no amount of rain on Saturday could dampen the spirits of enthused Beemer and VW fans! VW may have won the prestigious title last year, but had to eat dust when BMW stole the trophy right out from under them. visitors to the event were thrilled at the excellent organisation, as the picturesque venue was ideally suited for the occasion. show goers had an opportunity to view first hand some of the finest modified cars from around the country as the BMW vs VW showdown attracted interest from many motoring fanatics. Car Clubs from as far as Namibia convoyed down to Magaliesburg for their share in the fun. the resort catered for visitors who wished to stay overnight and organisers of the event, JHB Parties, has a full line up of events which carries on unitl the wee hours of the morning.

A fun and safe atmosphere meant that visitors could truly enjoy the show while Cartel Media used the show to film a segment of the event for their documentary 'Box is Box'. Owner and coordinator of JHB Parties Riaz Khan said:"The success of last year's event led us to another tremendous event in 2013. No doubt we will be returning in 2014 only bigger and better. For more details on JHB Parties, contact them on 071 516 2157

SABeemer gave away a Special Award on the day to the best Beemer that attended the show.

The prestigious prize went to Mohammed S Rassool for his simple yet stunning silver E12 518. 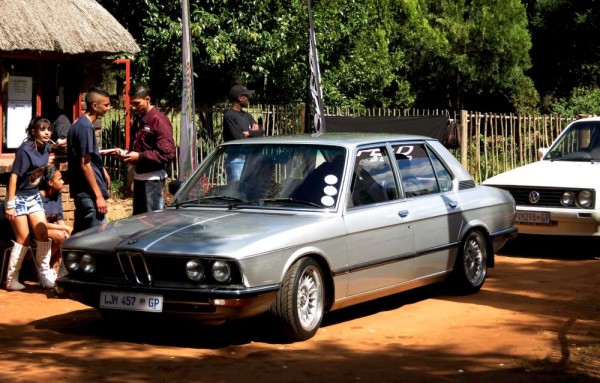 This design is spectacular! You definitely know how to keep a reader amused. Between your wit and your videos, I was almost moved to start my own blog (well, almost...HaHa!) Great job. I really loved what you had to say, and more than that, how you presented it. Too cool!
By: Nick Posted on: October 9, 2013, 9:49 pm
Pretty nice post. I just stumbled upon your blog and wished to say that I have really enjoyed browsing your blog posts. In any case I will be subscribing to your rss feed and I hope you write again very soon!
By: Brandon Posted on: June 14, 2013, 9:05 am
Hi, I read your new stuff regularly. Your writing style is witty, keep doing what you're doing!
By: Isabel Posted on: June 11, 2013, 6:10 am