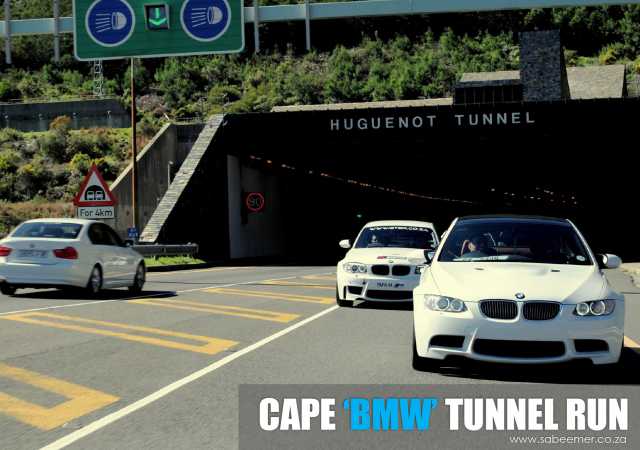 After a winter of epic coldness and a rain soaked Cape Town, we were graced with a beautiful Sunday to enjoy our planned drive from the Cape Town CBD and surrounding suburbs.

The planned route would take us over 90km from the city centre along the N1 Freeway through the Huguenot Tunnel which runs through the mountainous region splitting the scenic locations of Paarl and Worcester. 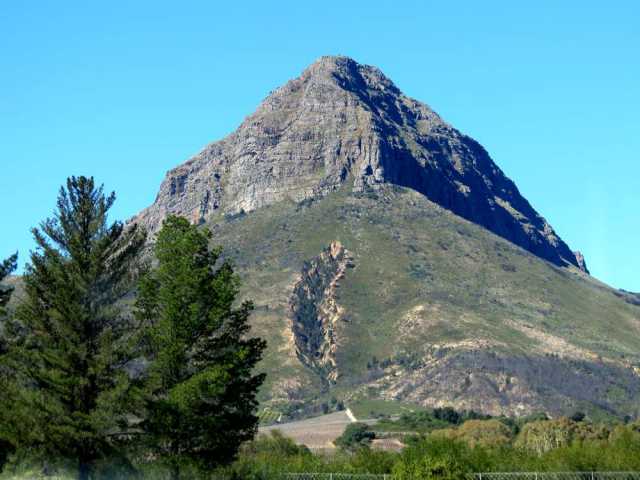 The idea was met with good response by fellow BMW enthusiasts Reiny & Clive Salie of BMSQUAD , as well as Grant, chairman of BMW Car Club Cape Town (who kindly postponed their own run to join us on this day). Each of them played a vital role in gathering members and fellow individuals who were keen to join in on the fun. 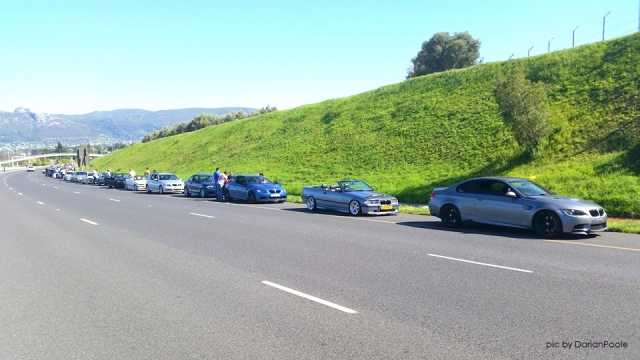 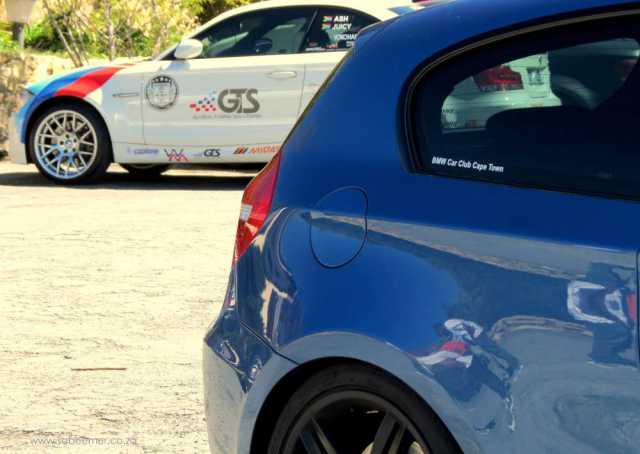 Grant and his members gathered at Auto Atlantic BMW Dealer earlier the morning to meet the rest of the BMW fraternity at our official meeting point which was the N1 Engen 1-stop Fuel Station.

The meeting time was scheduled for 10:00am in order to leave at 10:30am. Big ups to all that attended as the time request was adhered to with good measure. And thankfully too. 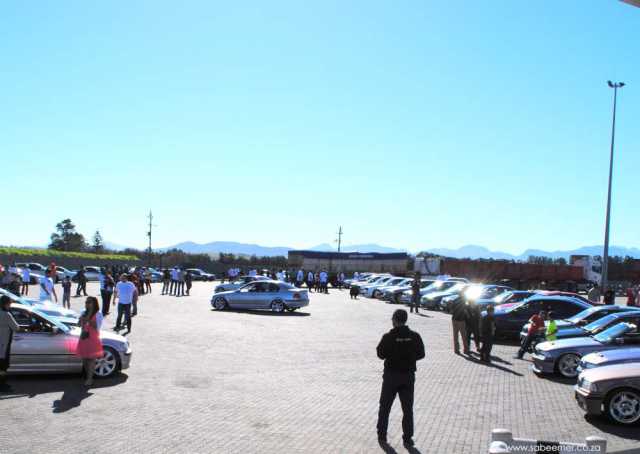 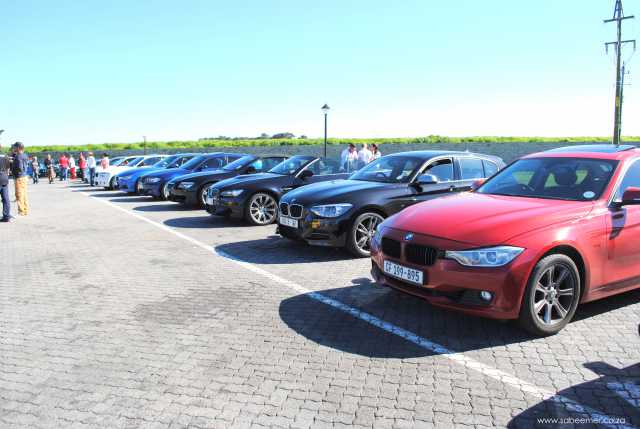 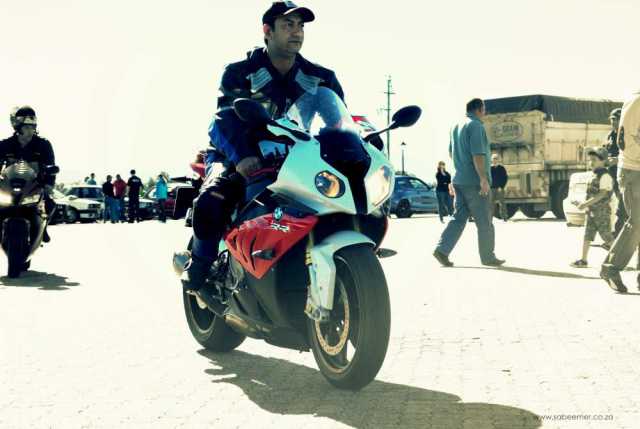 As we were about to gather everyone for a brief run-down of the driving route etc, we were asked by the Engen Service Station manager to move cars out of the way as the Truck-stop had been “blocked-off” due to the amount of Beemers that were present. A snapshot of each car heading out gave us a tally of over 140 BMW cars for the morning. What a fantastic turn-out. 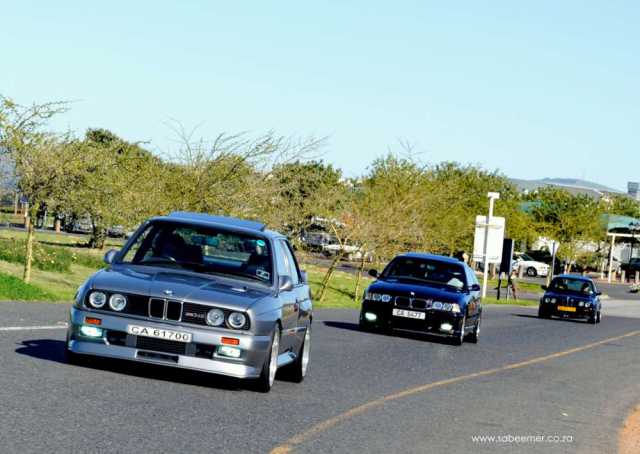 Old and new cars shared the enthusiasm and the roads with a convoy that truly touched all members and their families that were a part of this event. 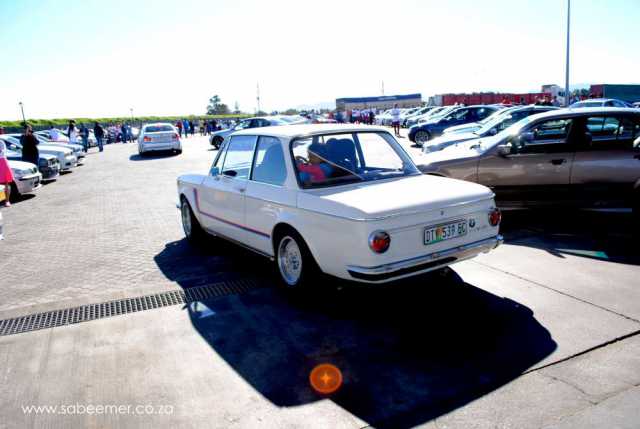 Sadly, despite prior attempts, no permission was granted for me to setup a static recording device inside the tunnel  to capture the epic sounds and visuals of the Beemers.

Our final meetup point was at DuKloof Lodge. A beautifully nestled resort in the mountains. 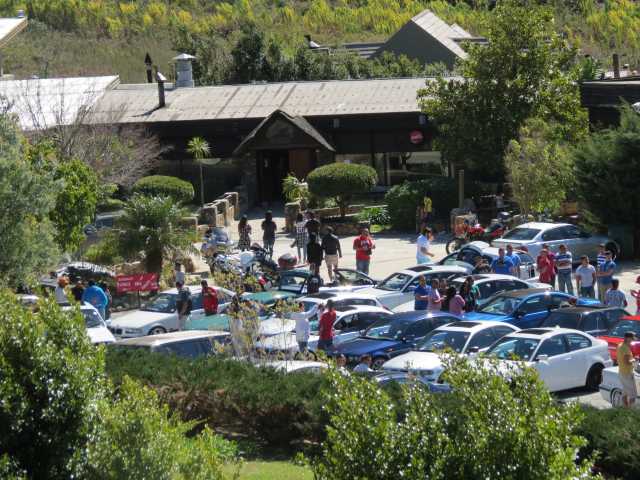 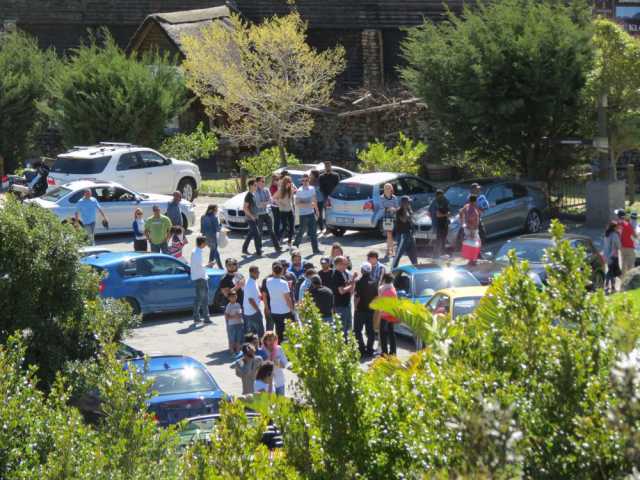 The car-park was once again overflowing with Beemers and patrons didn’t mind lining up along the entry/exit road to stop and enjoy the scenery and socialise with fellow enthusiasts. 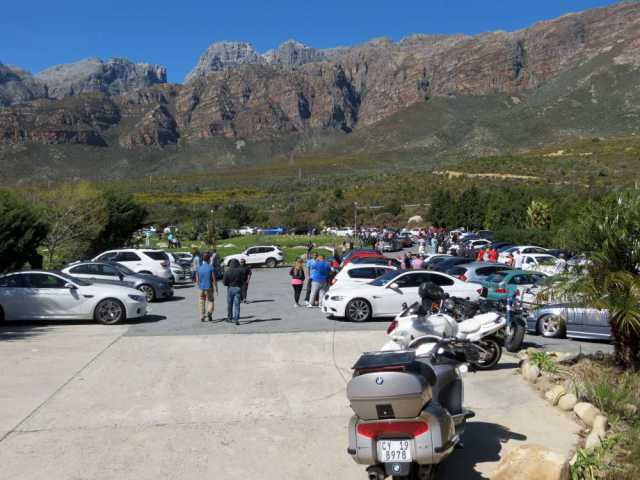 It was a truly memorable day, and I hope this could be a diarised annual event going forward for us BMW devotees in the Cape region. 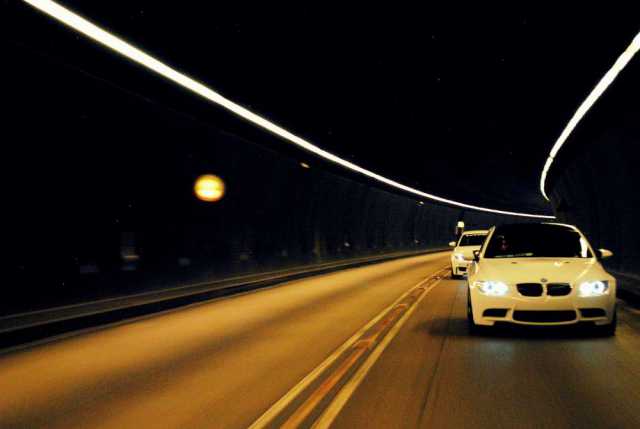 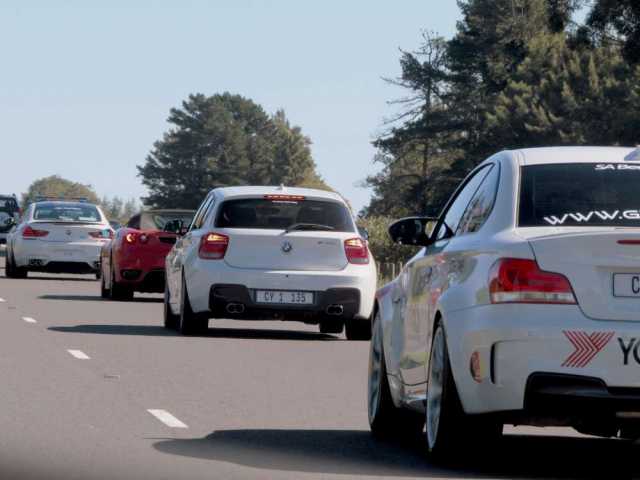 Some of the clubs that joined in…..

More & More Pics will be uploaded in the next few days