When we announced that we will be doing a second Tunnel Run for all BMW Drivers in and around the Cape Town area, eager fans were overjoyed with excitement.

It was the engraving joy remembered by those that joined in at last years’ event which fuelled the anticipation.

This time the road would lead to Worcester, 105km out of the Cape Town CBD.

A first meet-up point for the guys travelling closer from the CBD was arranged by Grant and the BMW Car Club of Cape Town, at the Auto Atlantic dealership, thereafter meeting the rest of us at the Engen Garage on the N1 Highway. 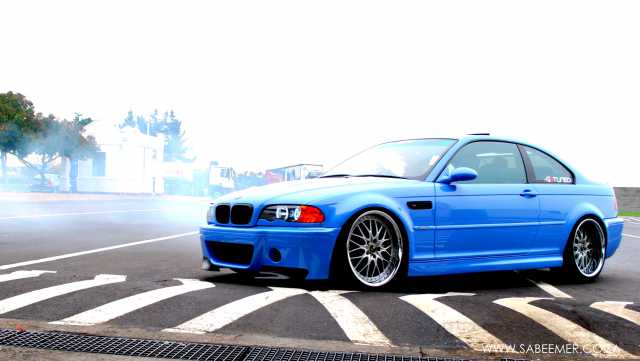 Reiny & Clive Salie of BMSquad gathered their crowd at the N1 City parking lot and also met us at the Winelands 1-Stop.

The Engen Truck stop parking, which is usually reserved for 18 wheeler cargo cariiers, was once again packed with BMWs off all types. 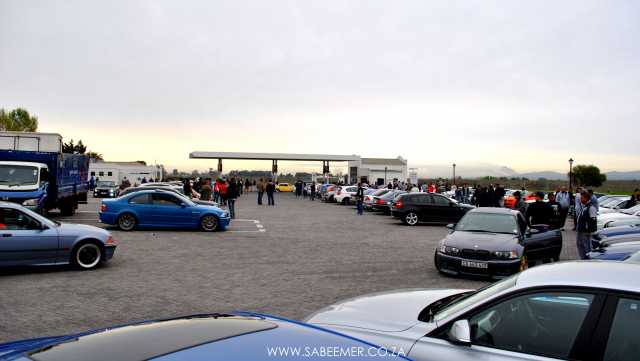 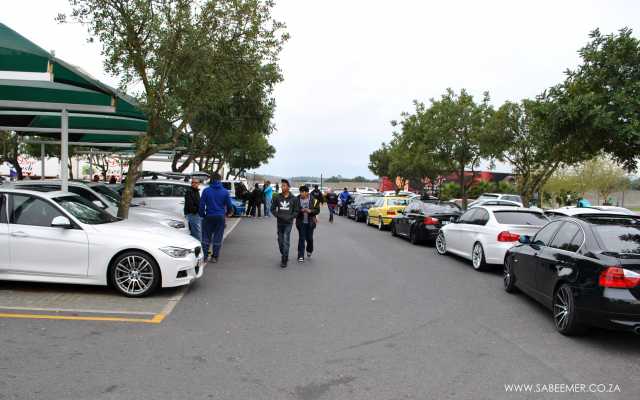 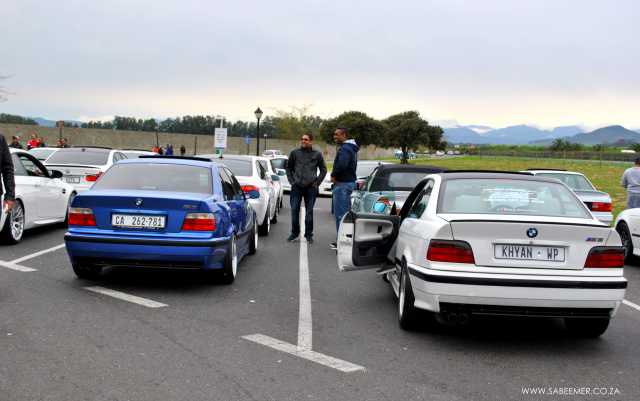 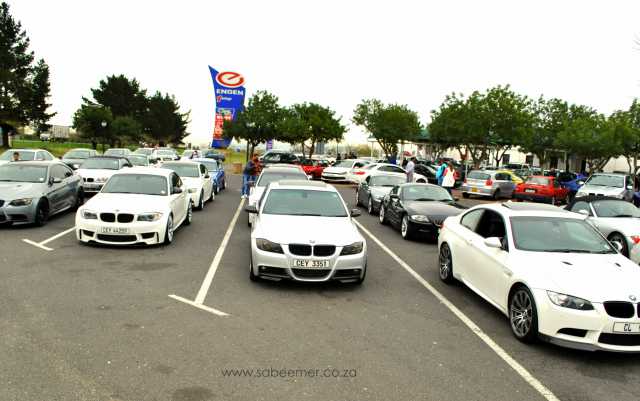 Once the said time of 10:30 approached another 15 minutes was given for the late-comers before convoying back on the N1 to Worcester via the Huguenot Tunnel.  A count of just over 190 cars left the Engen Winelands 1-Stop.

Auto Atlantic BMW Dealership, courtesy of Jacqui Chelin kindly arranged a ‘front’ vehicle for us in the form of a new F15 X5 driven by appointed BMW Genius Nicholas Burger. 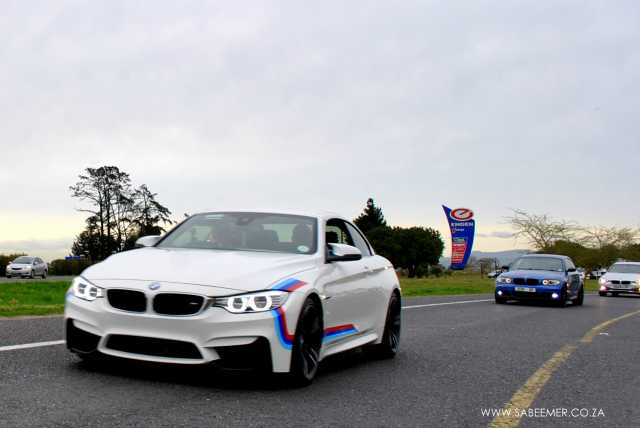 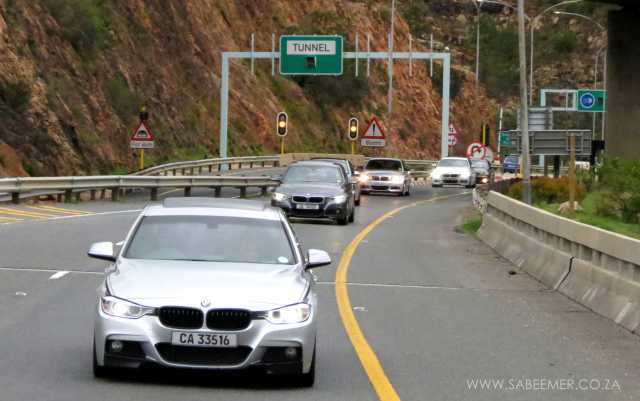 We were also accompanied by Metesh Naran who drove all the way from Kimberley for this event. 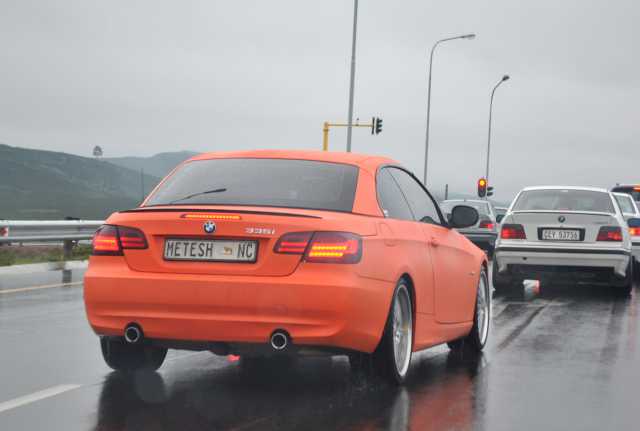 Our final destination in Worcester was the Mountain Mill Mall and all the BMs were routed to a designated open parking area pre-arranged by the BMSquad guys from Worcester. 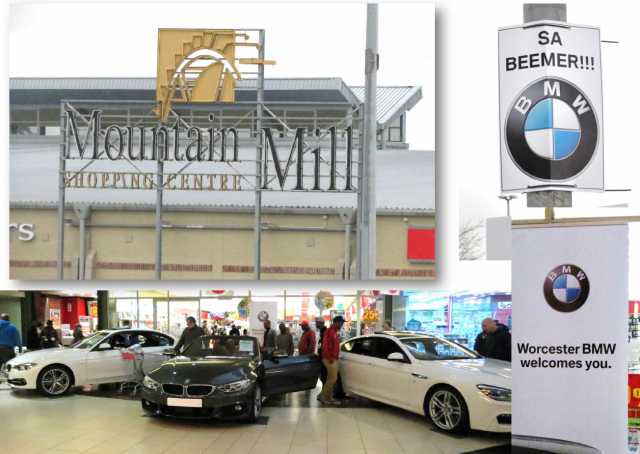 Upon entering the mall area, we were graced with a very warm welcome from Gamiem Isaacs and his team of the Worcester BMW Dealership. They voluntarily handed out gifts to the first 150 cars that arrived. They also had a space inside the mall with some new cars displayed.

“Worcester BMW has been operating from its current premises for 26 years.

It is a rare sight to see such a magnificent brand being represented by almost all its models both past and present.

Not even the weather could keep the crowd away.”

While socialising in the parking area, it began to rain, and soon the slippery surface drew some spin demonstrations from a few skilled -drivers. 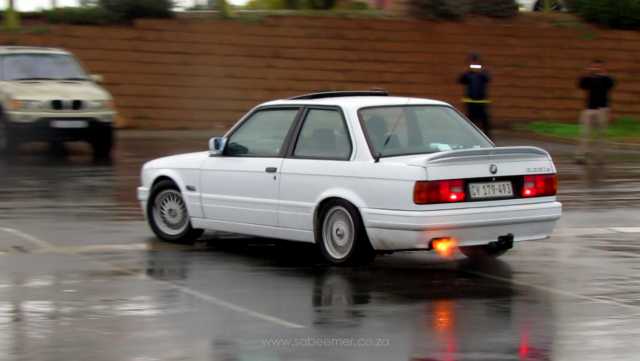 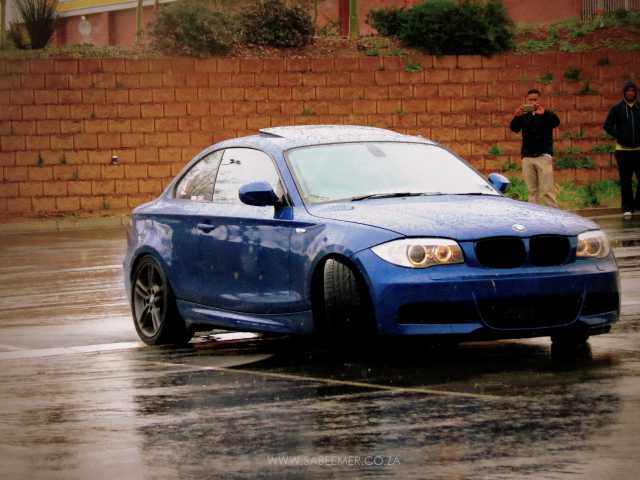 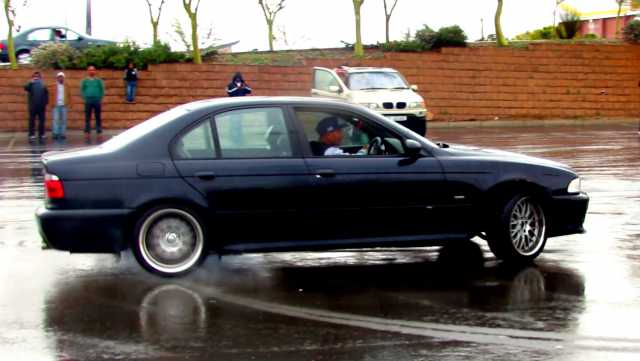 For me the real enjoyment of a Beemer is driving it on the open road. A clean stretch of tarmac to open up a little bit and drive away from the hustle and bustle of the city life.

So for us very fortunate people in the Western Cape, we have some of the most picturesque roads out there. This mountainous N1 highway to Worcester is one of them. 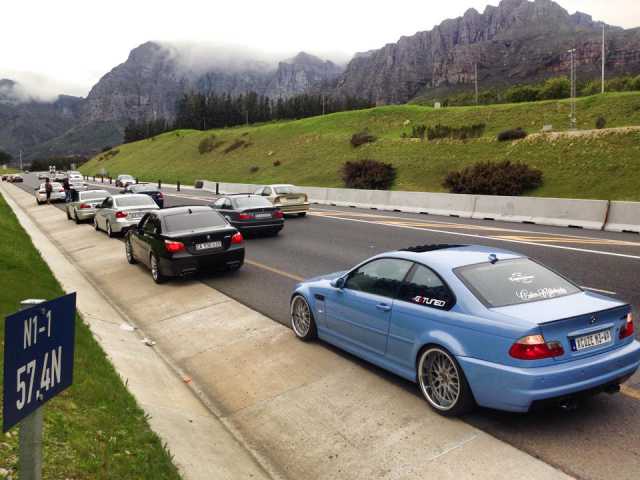 These gorgeous mountains also happen to have a 3.9km tunnel in the middle of it, and some lovely sweeping bends thereafter.

The tunnel is the length of some hundred cars, so with almost 200 beemers driving in-line through it.... that’s’ a good noise.  A noise that makes the big guys, ladies, and their kids very very happy. 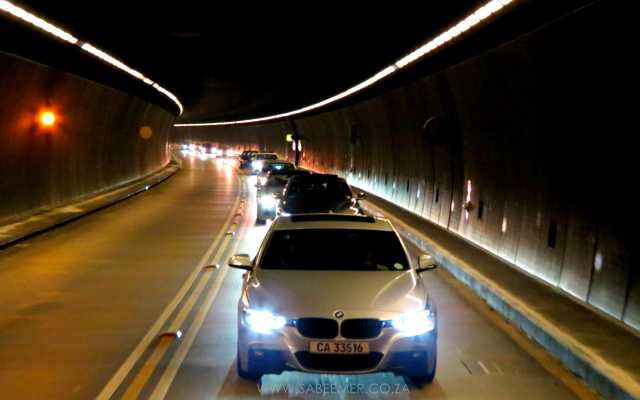 A satisfactory result when families, friends and individuals had a fantastic morning out.

Naiem Ebrahim for the photos

Charles and his BMWFanatics team.

Ashfaaq Bux and his team of MPowering young lads #GTStuned

Some videos of the day have been uploaded HERE