Time really does fly these days. It feels like not so long ago that myself and Naiem, were sitting at a table, at one of our friends' wedding, discussing the idea of an epic BMW Run' (a convoy drive to somewhere) for our loyal followers in the Cape area. This was over 3 years ago.

The result from this vague idea has become very overwhelming. 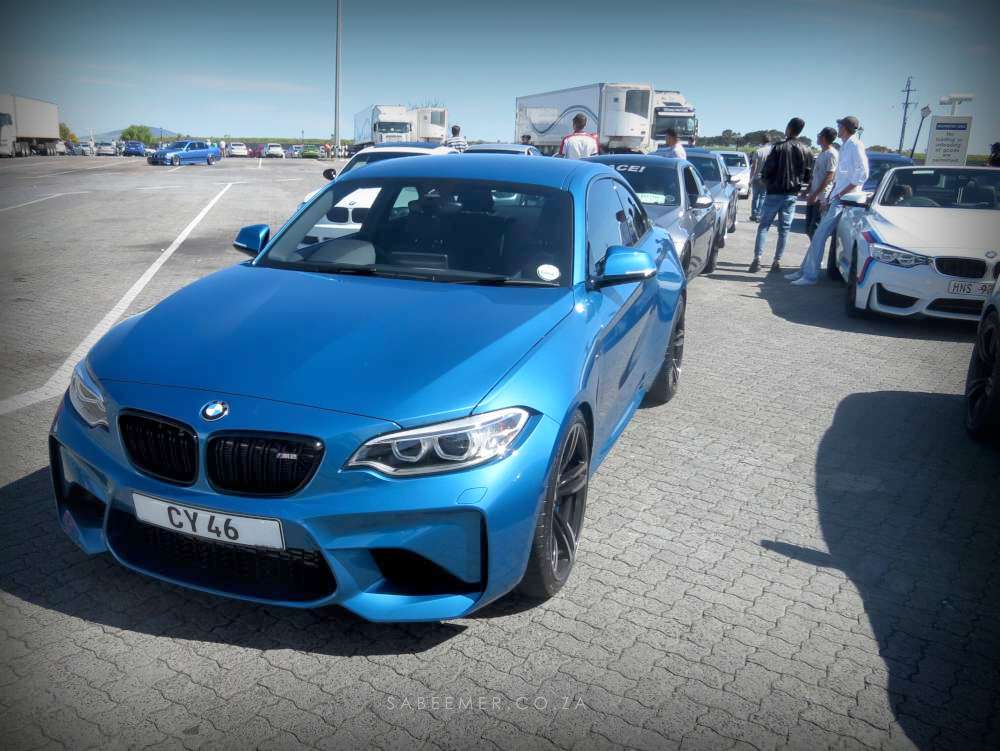 The concept for this run is simple.- Invite as many BMW Owners with their cars to a certain meeting point. Then drive together in convoy through the Huguenot Tunnel towards Worcester.

The 3.9km tunnel in itself is a highlighting experience for drivers and their passengers.

This year, it was a bit different, well for me at least.
Since we only do this Run in cape town once a year, it coincided with the weekend of our first Printed Magazine launch. The launch was done on the Friday night of the same weekend. See launch details here ........

The hype for this run started earlier than Friday when Matthew James and Reiny Salie of Auric Auto arranged to have 3 of their E82 1M cars - with branding - as 'SABeemer Pace Cars' especially for the Sunday. 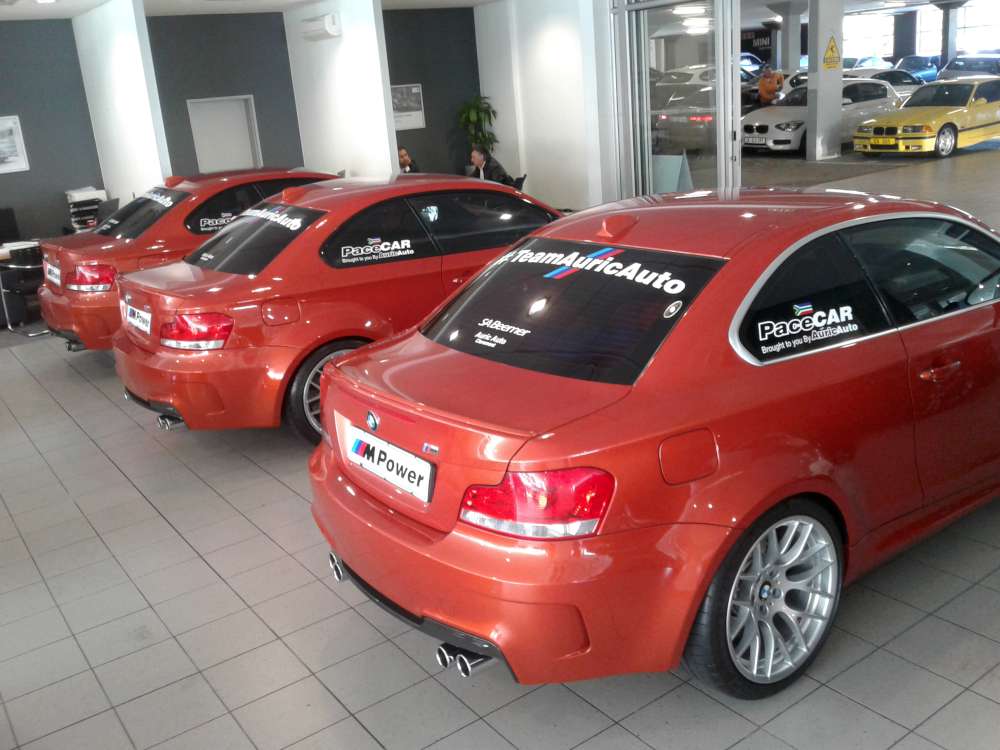 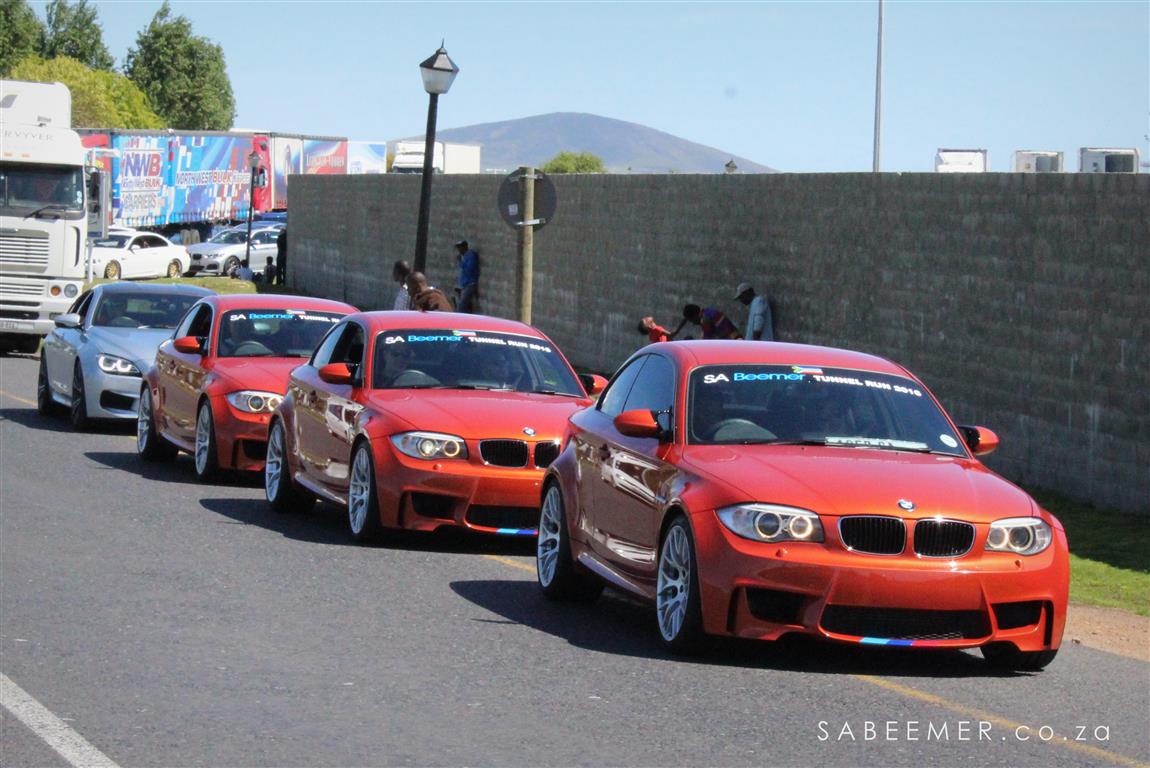 #TeamAuricAuto were in full force with 8 of their cars joining the convoy.

Like the two previous runs (2014 & 2015) there was an earlier meeting point at Auto Atlantic BMW Dealer in the Cape Town CBD arranged by Grant and the BMW Car Club of Cape Town.

This year another meeting point was arranged at Auric Auto in Claremont for their staff as well as clients who were invited to join us on this Run.

Now another reason why this year was a bit different for me, is because I was given an E12 535i M to use for the day by a buddy. 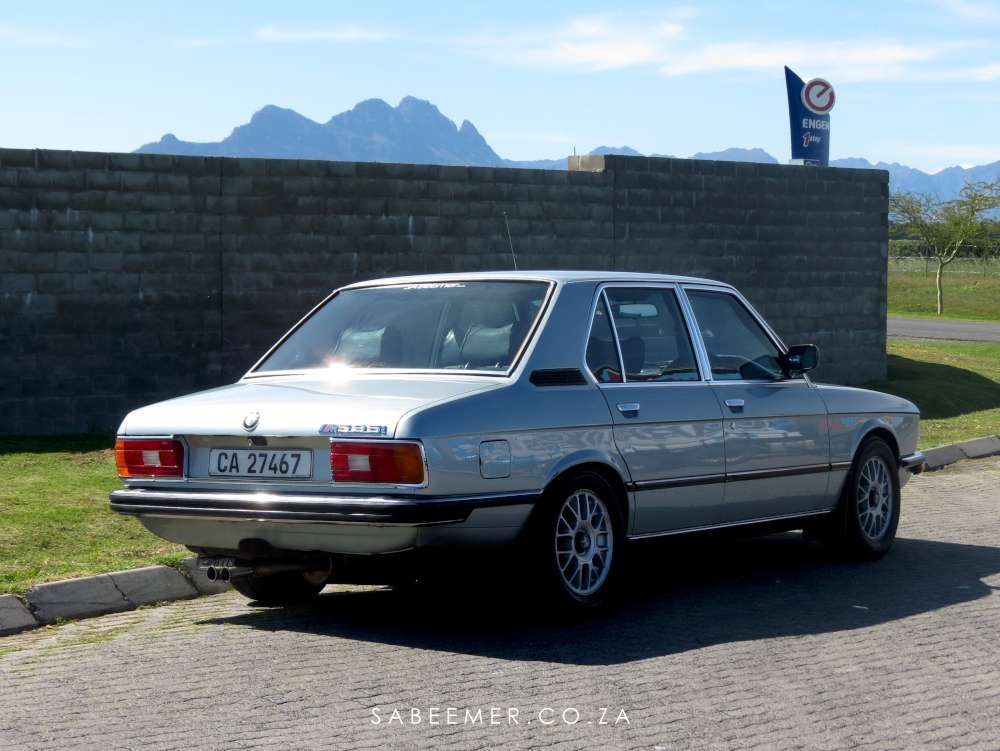 For the first Tunnel Run in 2014, I used my E36 320i which ran like clockwork without any effort. Last year I was given a 2door E30, which was a bit slower than clockwork, but ran the 240km distance without any fault. So the thought of being behind an M30 straight six on the long straight of the N1 highway as well as the windy smooth tarmac just after the tunnel was quite an appealing thought.

We didn't meet any of the guys in the CBD nor Claremont but went straight to the big meeting point at the Engen N1 Winelands.

The E12 took 4 of us, with a bakkie full of koeksisters... as well as a boot full of 2 foldup tables, 60 trophies, 3boxes of magazines and 3 bags of camera equipment & extra clothing in great comfort.

We even had enough space on the route back at the the end of the day to add one more person on the comfy back seat - someone who got up late and we had to leave behind in the morning. :(

The E12 535i sat brilliantly on the road. It really is one of those legendary BMW cars. In the wrong hands it could be easily abused and destroyed. But thanks to Faheems' strict and careful touch on this car over the years. It has been kept n a condition that is able to do our 300km round trip with great ease. Although it needed about 500 bucks of fuel to do so.  But well worth it in the hearts of us petrolheads.

When we arrived at the Engen 1stop, we had a good few cars already waiting. 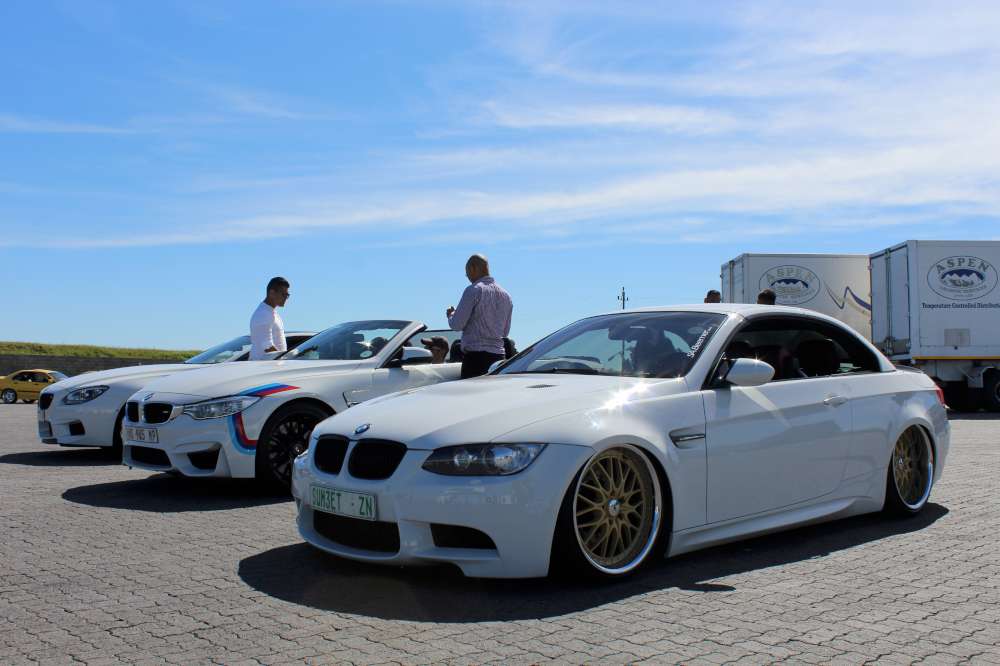 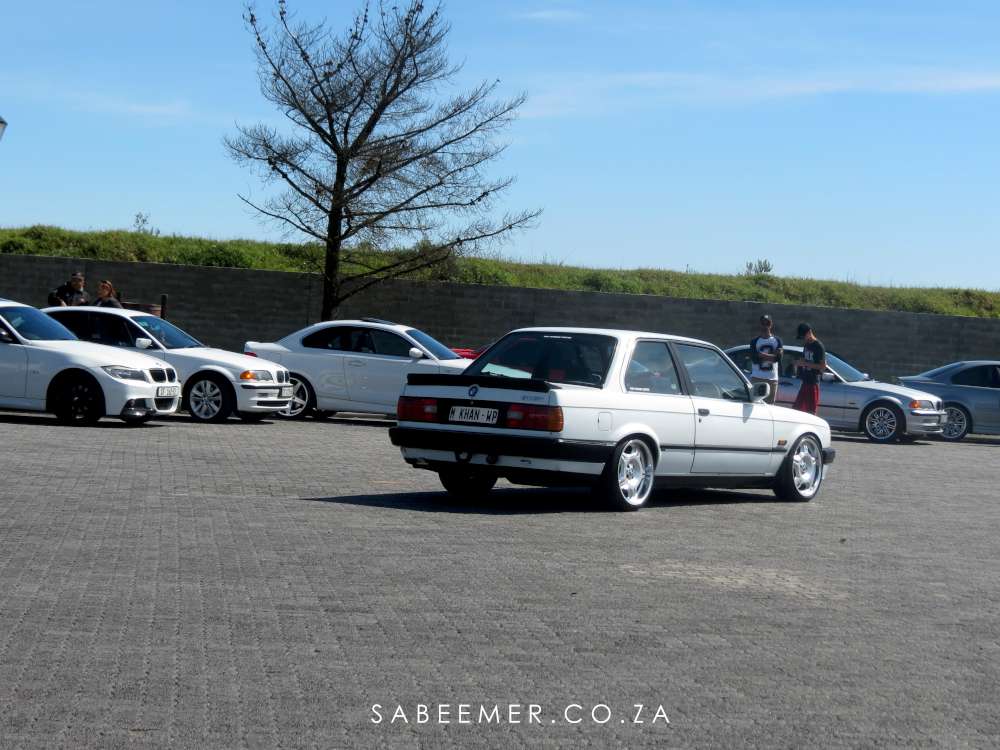 Ladies and gents sipping on coffee and light snacks from the bustling Engens convenience store. A thanks has to be mentioned to Mr Rudy Van Zyl , Manager of the Winelands Engen 1stop for handling this crowd that was anxious to get back on the road with other Beemers continuing to arrive for the next half an hour so.

Some guy was spinning again showing off his RWD skill but a public garage is not a place for this. The management of the Engen was very concerned about the safety of children and other serivce users.

With the truck stop parking area completely jammed we then took off in convoy with a count of 207 Beemers exiting the 1stop. After waiting for about 6min for all the cars to exit, we got back into the 535i and tried to catch up with the pack - but the front runners of 1Ms, M4s, M6s, M3s, left everyone far behind as they enjoyed the open road in true MPower style.

The drive for us was brilliant too, and we regrouped with the tail half of the convoy at the tollgates just before the tunnel. 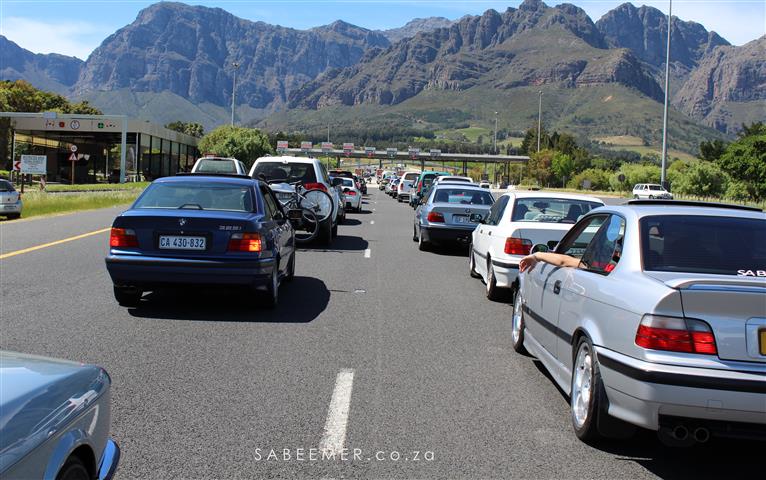 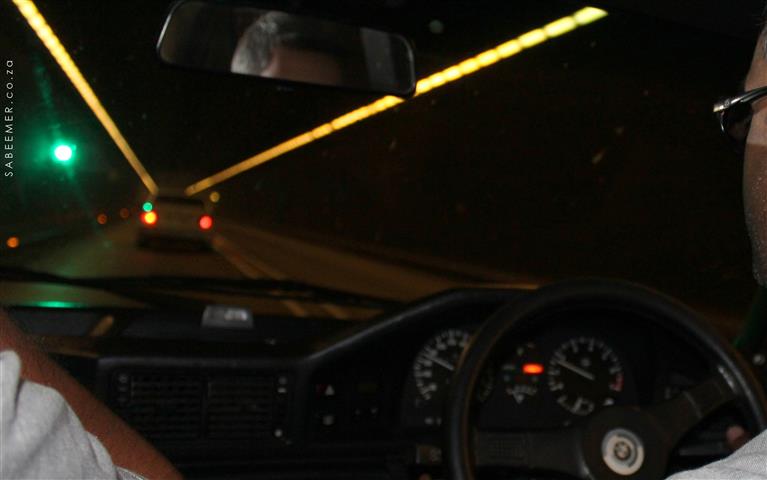 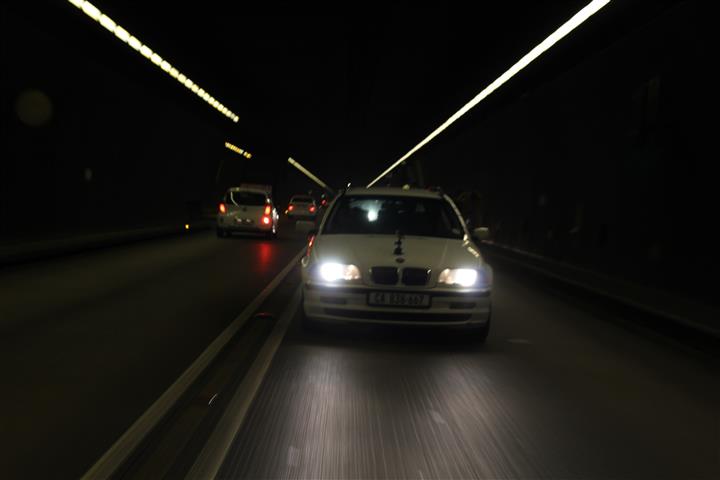 Being of the last to arrive at the Worcester mall, the sight of the parking area - it was quite a sight. 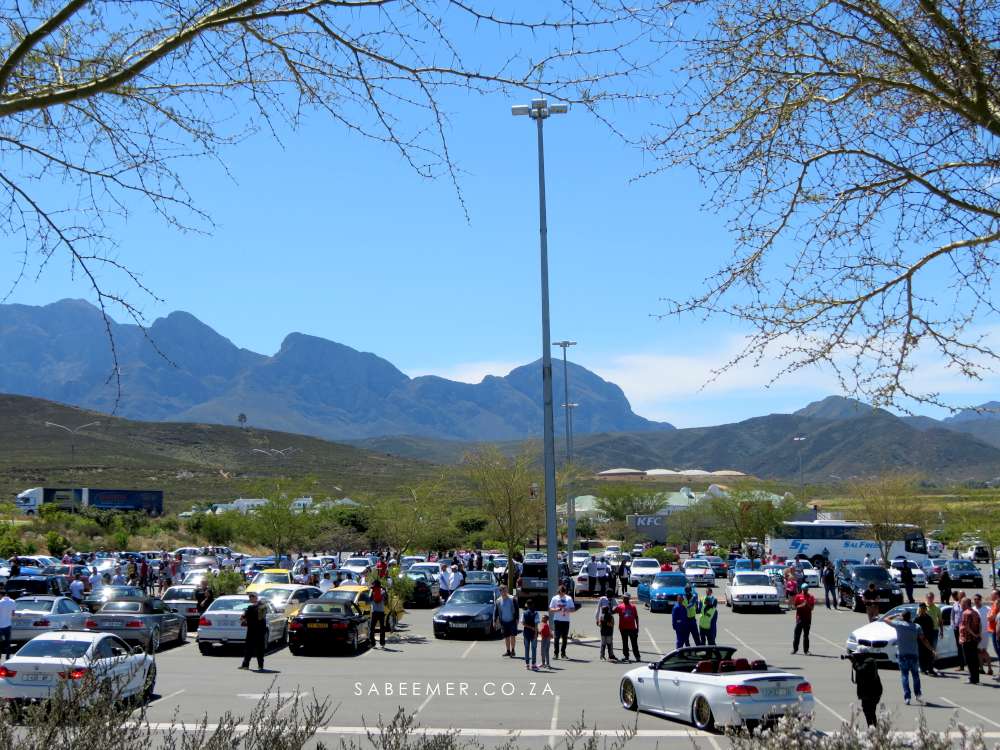 Everyone keen to share stories of their drive from the garage - through the glorious sounds of the tunnel and into worcester.

The Wheel Merchant all the way from KZN then had a small show n shine competition while the competitors went into the mall to have some lunch.

Prize giving was done at around 3:30pm.

Thanks to everyone that joined in. 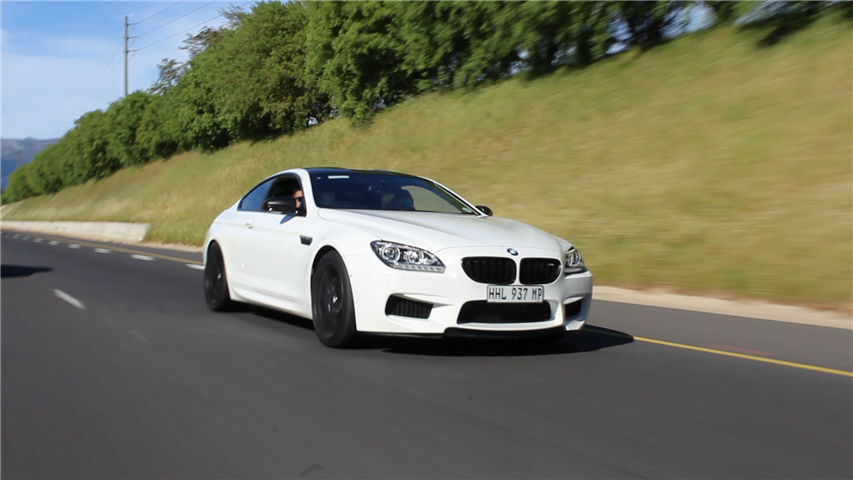 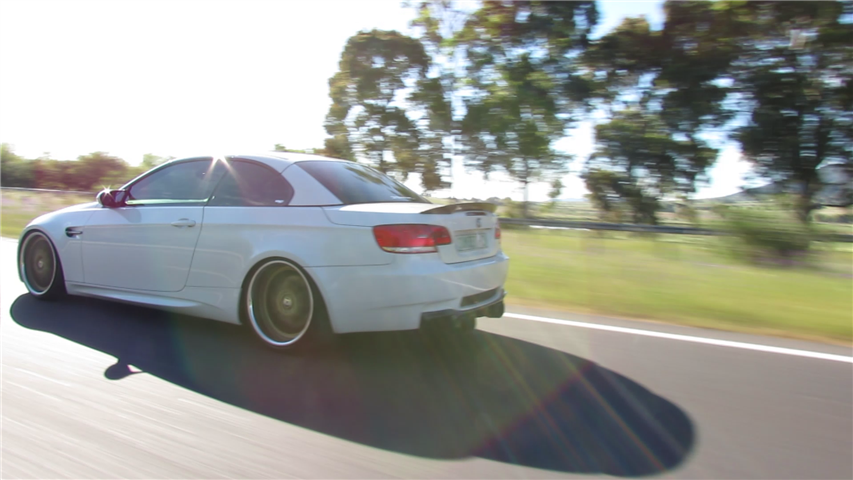