Durban, home to a coastline of golden sand beaches and the warmest seas our country has to offer. It has quite a lot of awesome cars too, from fully custom kitted out rides, to madly modified speed machines. 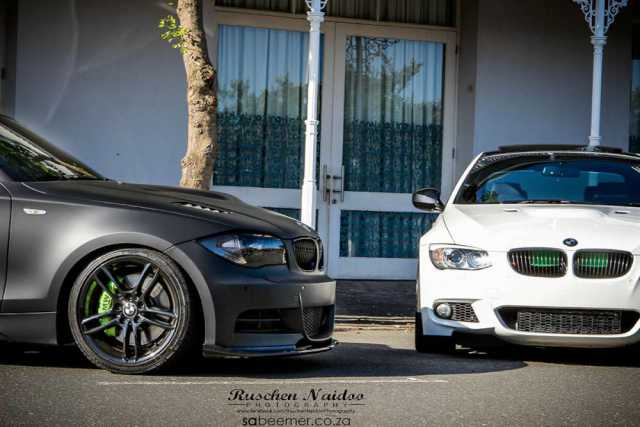 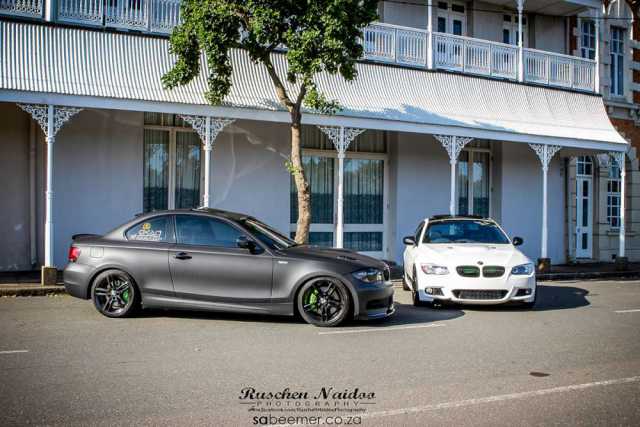 Our photographer from Jozi, Ruschen, visited the city known as ‘South Africa’s playground’ on a recent holiday trip and met up with two brothers who give us a taste of what Durban has heating up its streets other than hot bunny-chows.

Chris and Jeremy Naidoo have stirred up their own recipes in modifications on these two beemers, and the results are quite tasteful. 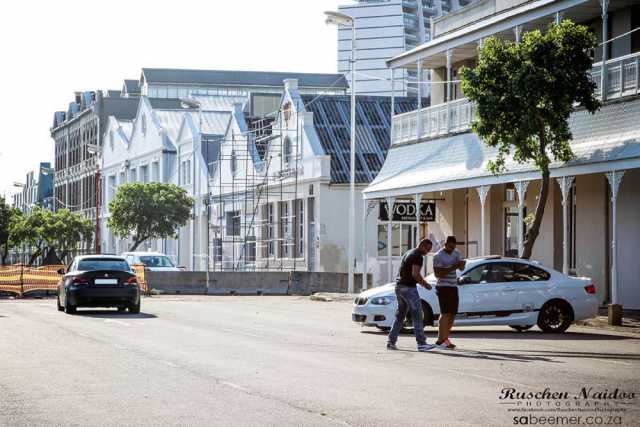 The 335i belongs to Chris. It’s a 2011 E92 DCT spec with a list of carefully thought out additions that compliment the already desirable aspect of a standard 335i.  It rides on 20” Vertini Mags wrapped in Toyo rubber. 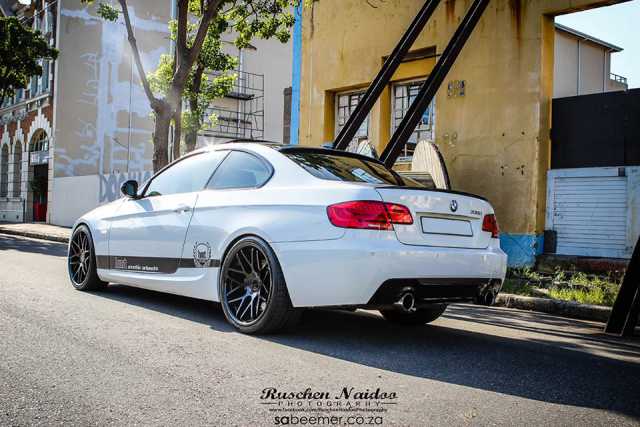 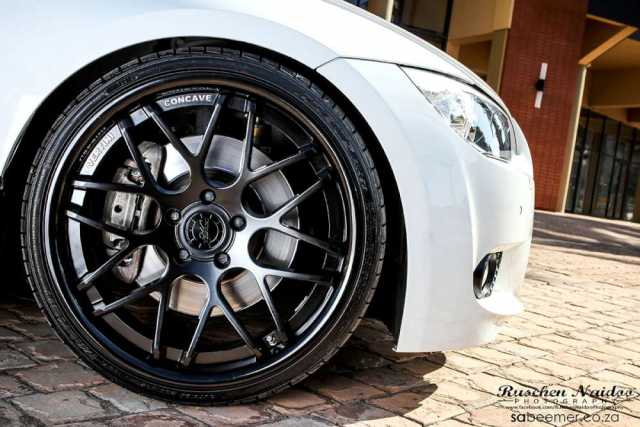 Carbon Fibre hood sprayed white to match the rest of the car.

The roof has been coated in Piano black. 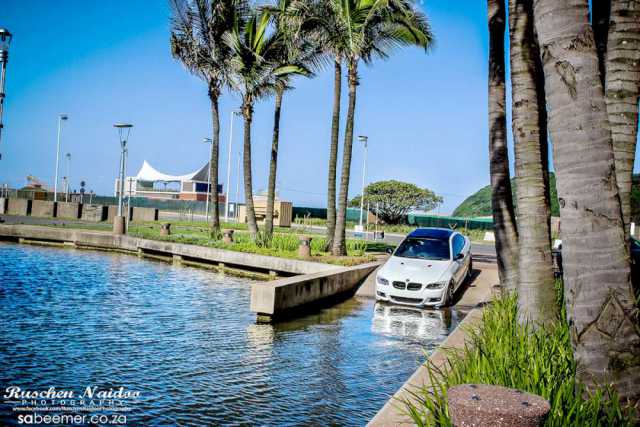 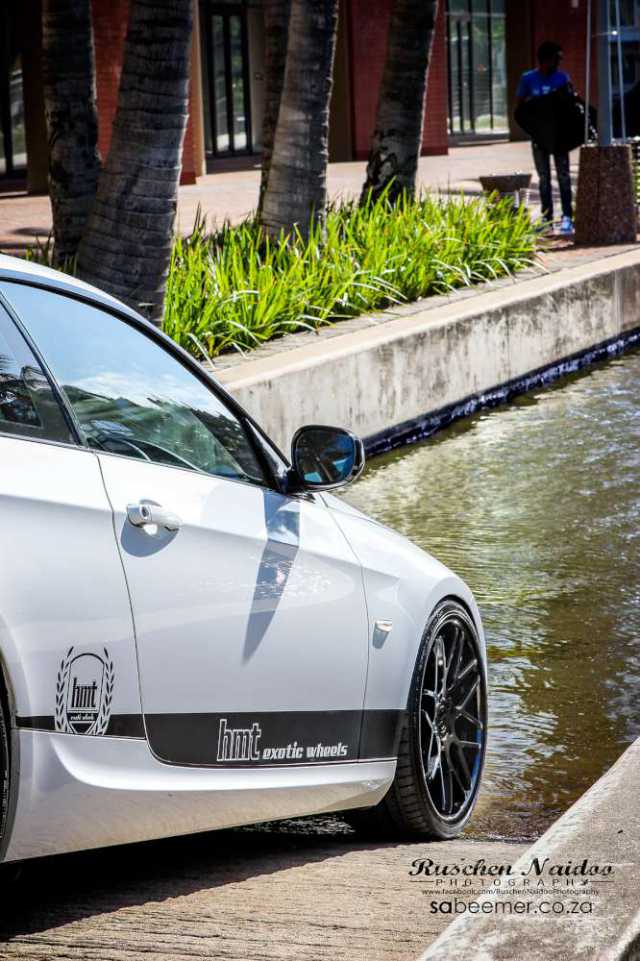 A JB4 Plug and Play Software system has been installed. 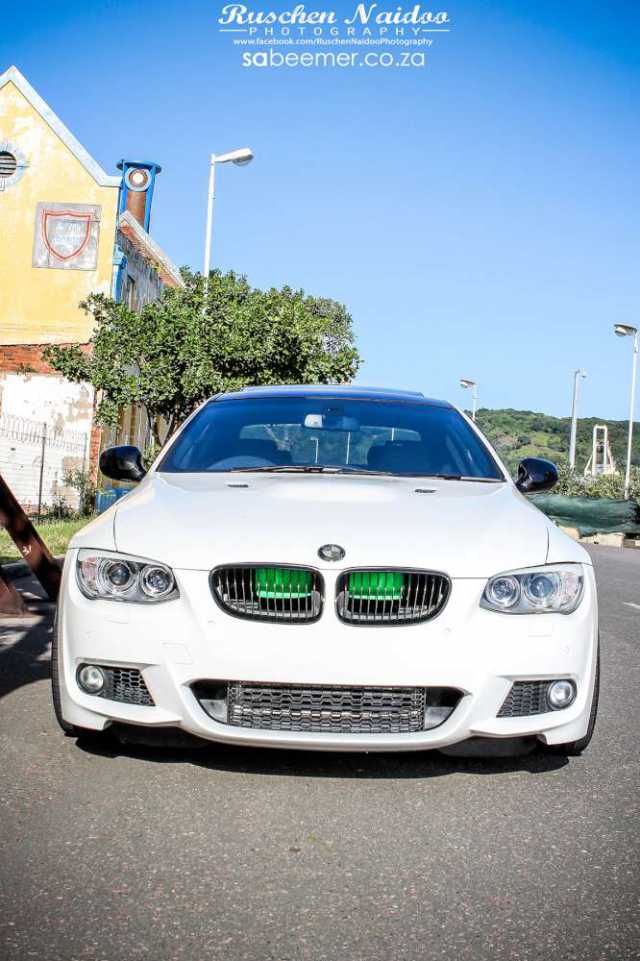 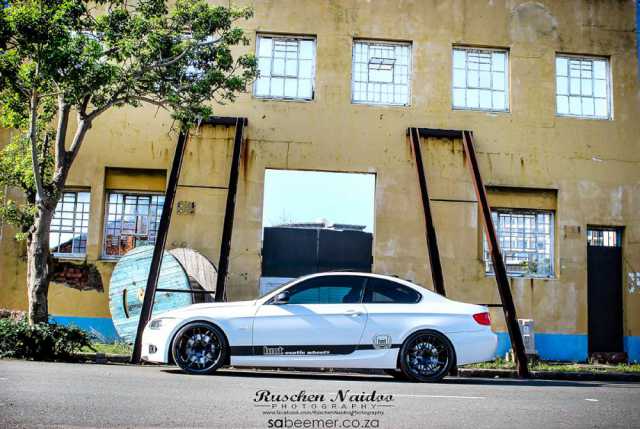 Amazingly this is Chris’ first ever BMW he has owned. His previous line-up of cars included a Mitsubishi Evo9 as well as a Honda S2000.  He does love the BMW very much though. Accessible power on a standard road car is of high value to some, and that is what Chris adores about the BMW. He goes on to say that he is not completely done with modifying this car as future mods include a bigger turbo and a full exhaust system. 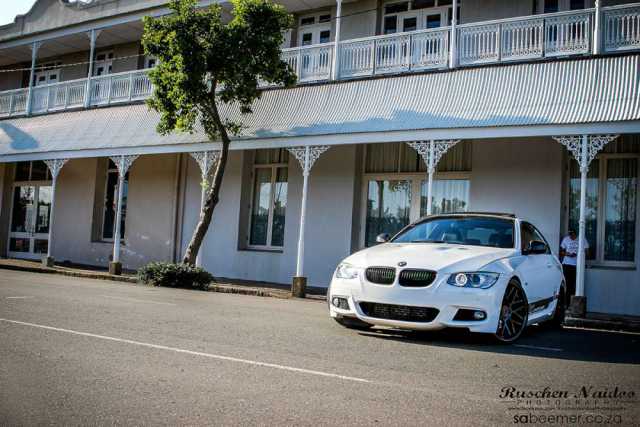 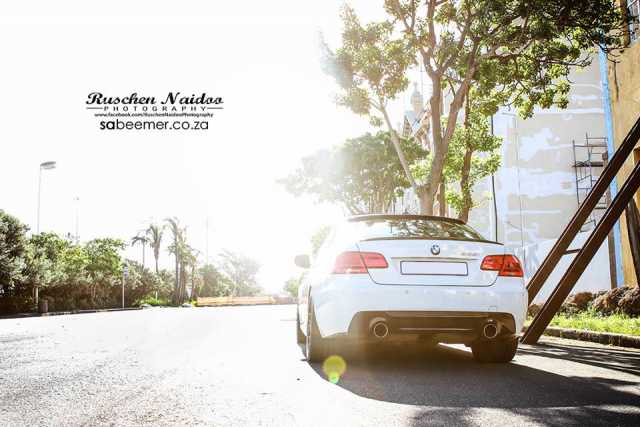 The 135i belongs to Jeremy. 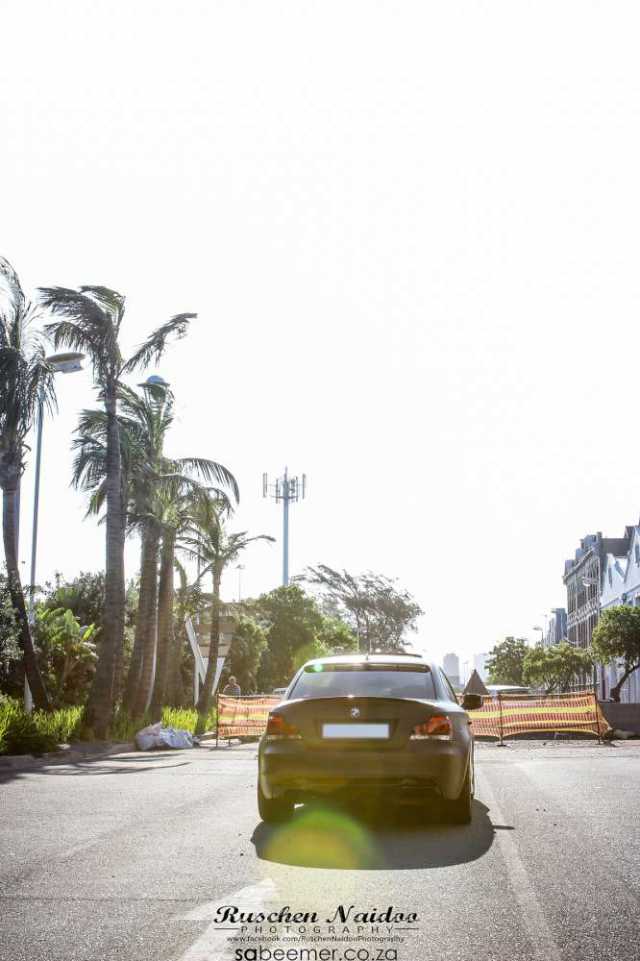 Also fitted with a DCT box, it sports some pretty good mods under its skin. 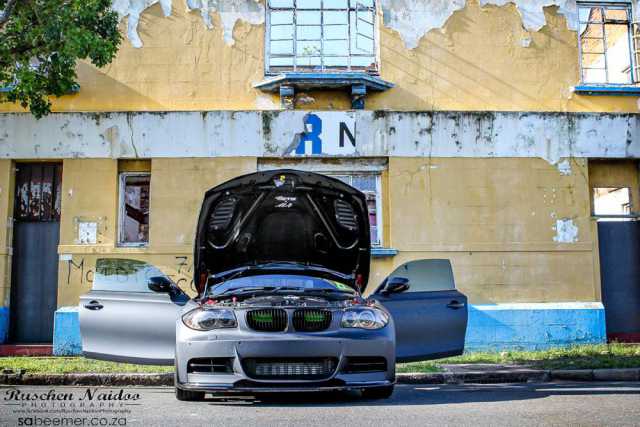 Running Procede Tuner Series software, it has a full exhaust 76mm system by Primaforce. Downpipes are 63mm in diameter. It also has a BMS intake, Procede charge pipe and Aquamist methanol system. 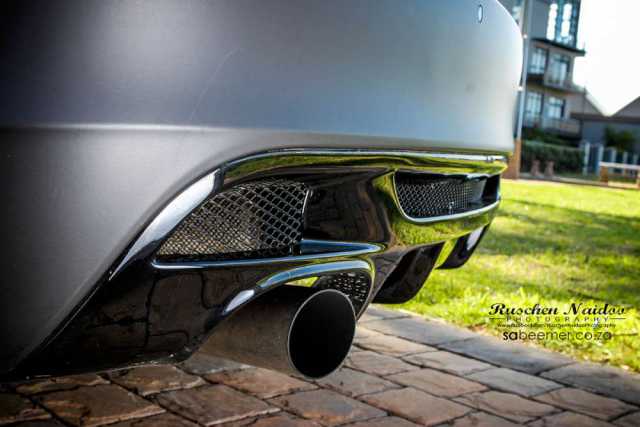 Jeremy’s best time on the strip was a 12.4sec and exit speed of 183km/h also at Matuba. 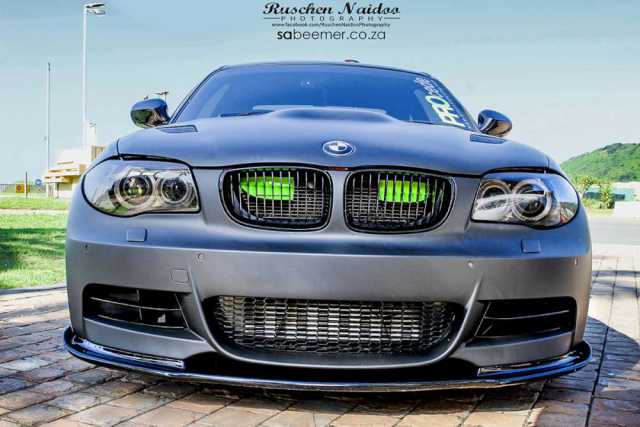 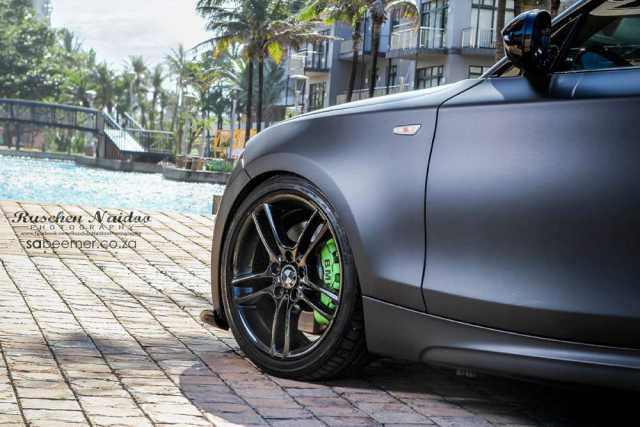 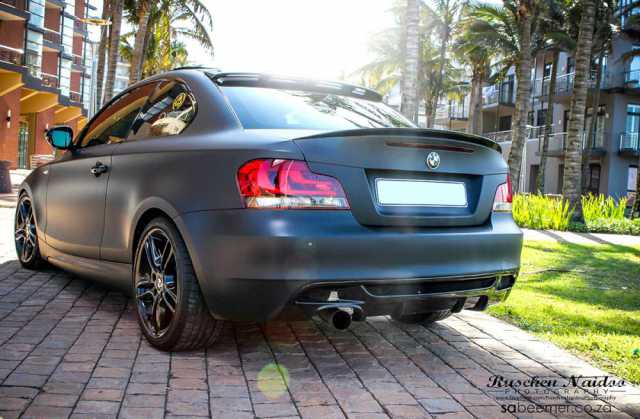 All the extra bits and parts were imported by Jeremy & Chris themselves.

Both these cars look the business, and these force-fed turbo cars are very much enjoying the fresh Durban coastal air

Well done Chris & Jeremy on your stunning rides and we look forward to more classy upgrades to these machines, and tasteful Beemers in the future. 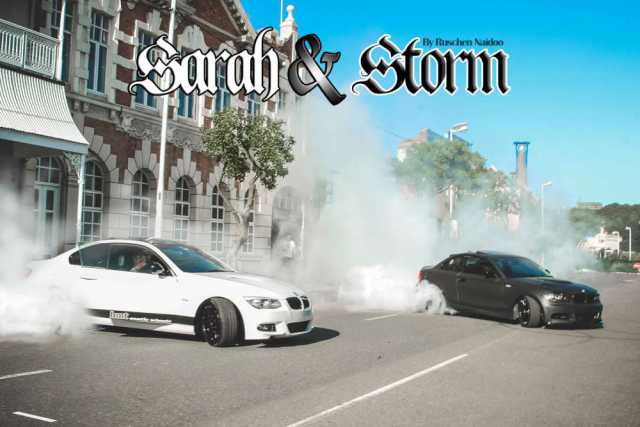 Thanks Ruschen Naidoo Photography for the brilliant pics yet again.