Car get-togethers or ‘Hookups’ are predominant, but we are not complaining.

It’s always a fun thing when you get together with people that share the same passion and enthusiasm. These beings are the ones that will understand the effort, and appreciate the details of a car enthusiast. This is where all the tireless hours and well-spent cash on the vehicles get approvals.

With this theme in mind Mo decided to arrange an exclusive E12/E28 hookup, a Sharknose 5-series Fest, as I think this was never done before here. A decent bunch of gentleman took to the invite and the first E12/E28 gathering took place. 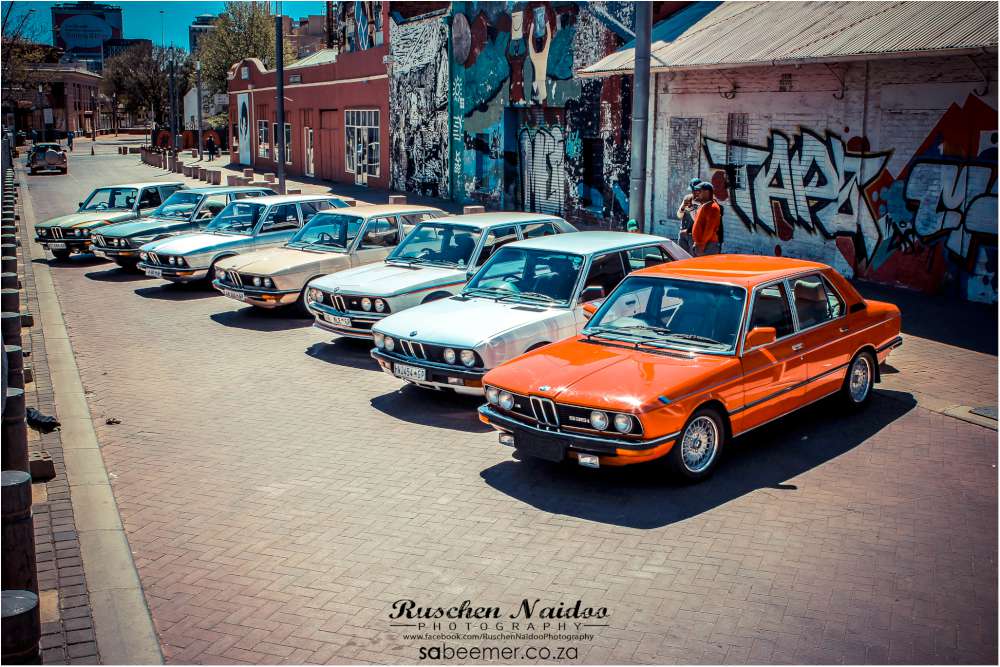 The E12s likability and presence has shot up in the last year or so and you will see from the pics why.  They offer a sense of coolness with a BMW badge. They are old enough to be classics yet new enough to be daily driven. Some have big 6 cylinder motors which give smooth power when needed and others are 4 cylinder models which just glide along effortlessly. 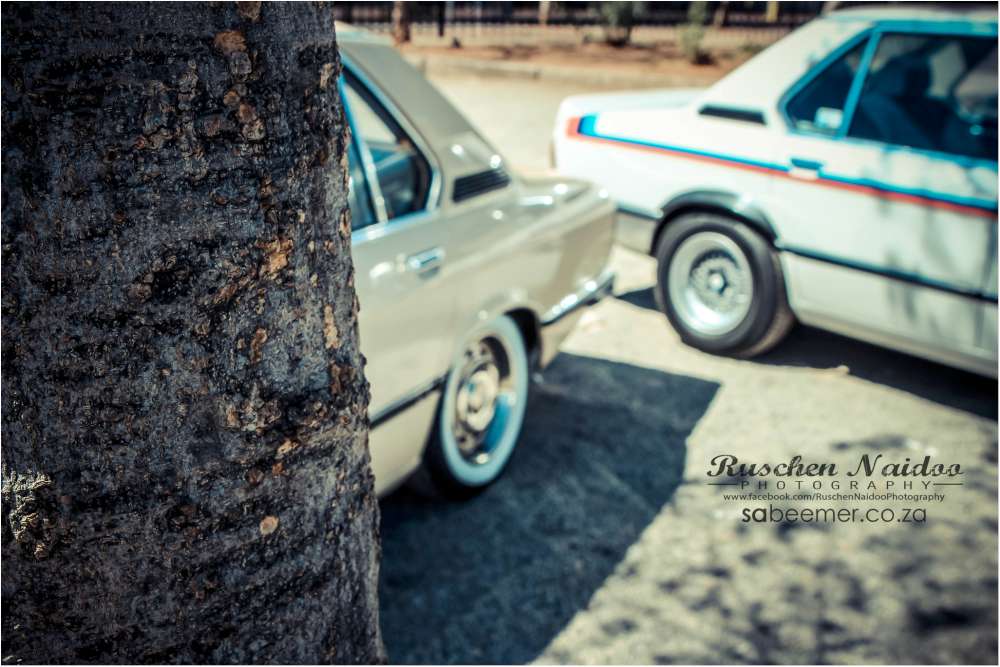 These cars were built solid, and it still shows in well-looked after samples. They feel more solid than some of the new Euro and Korea boxes that buzz on the roads today.

The mix of cars we received was perfect. We were graced with the presence of 6 really immaculate E12s: 2 x 518’s, 2 x 528i’s, 1 x 535i & a super rare 530mle (read more on a feature on the Motorsport Limited Edition here). The E28 clan was represented by a lonely 535i, but it certainly didn’t feel out of place. The E12 & E28 do however share a fair amount of resemblance in body and mechanical aspects. 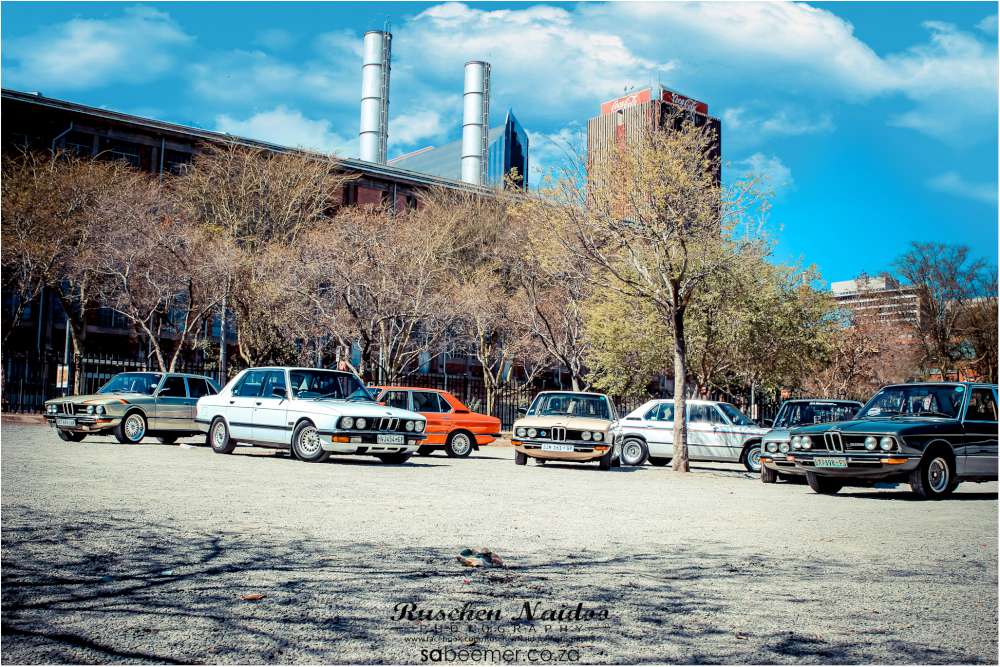 It was a charming laidback hookup with the fellows chatting to each other while the trigger-clicking-happy Photographer (Ruschy), snapped away, hopping from one car to the next and smiling like a SandtonCity shopper just being handed an unlimited spending voucher. He deserves one though.

Thanks to all the guys that made the effort for the day. 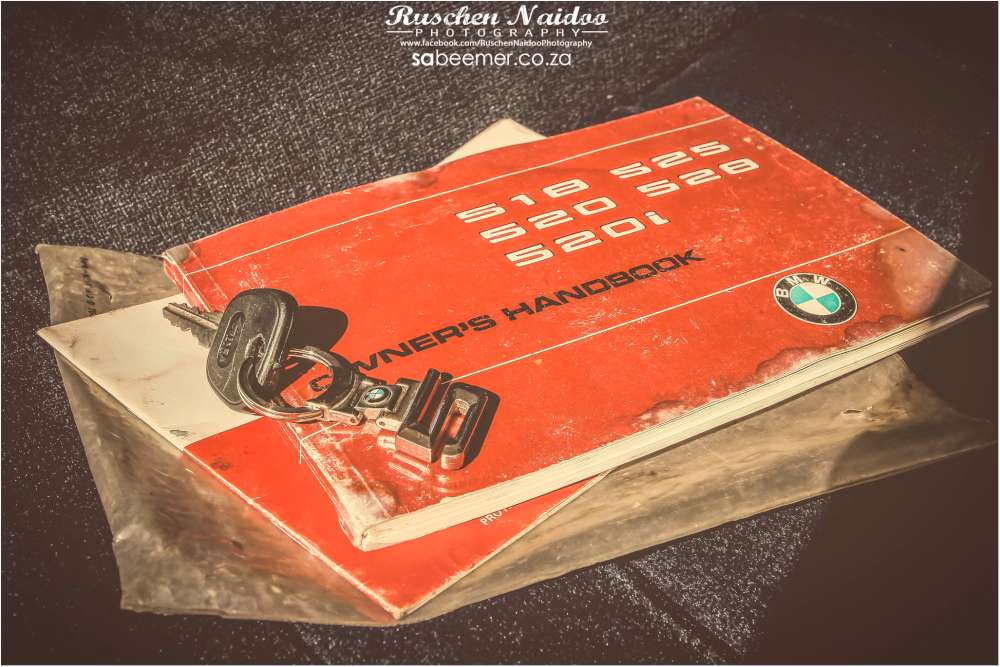 Hi there to all, the contents existing at this web site are genuinely remarkable for people experience, well, keep up the good work fellows.
By: Silke Posted on: February 26, 2014, 6:19 am
Everyone loves it whenever people get together and share opinions. Great site, stick with it!
By: Deanne Posted on: January 23, 2014, 1:21 am
I?m not that much of a online reader to be honest but your sites really nice, keep it up! I'll go ahead and bookmark your site to come back later. All the best
By: Clemmie Posted on: December 20, 2013, 7:21 am
I'm a big fan of any beemer especially 325i Gushmagesh one way
By: Xolani Posted on: October 31, 2013, 1:00 am
This works of art look amazing, mint condition ekse. Well done to the owners.
By: Lerato Posted on: October 29, 2013, 4:30 pm