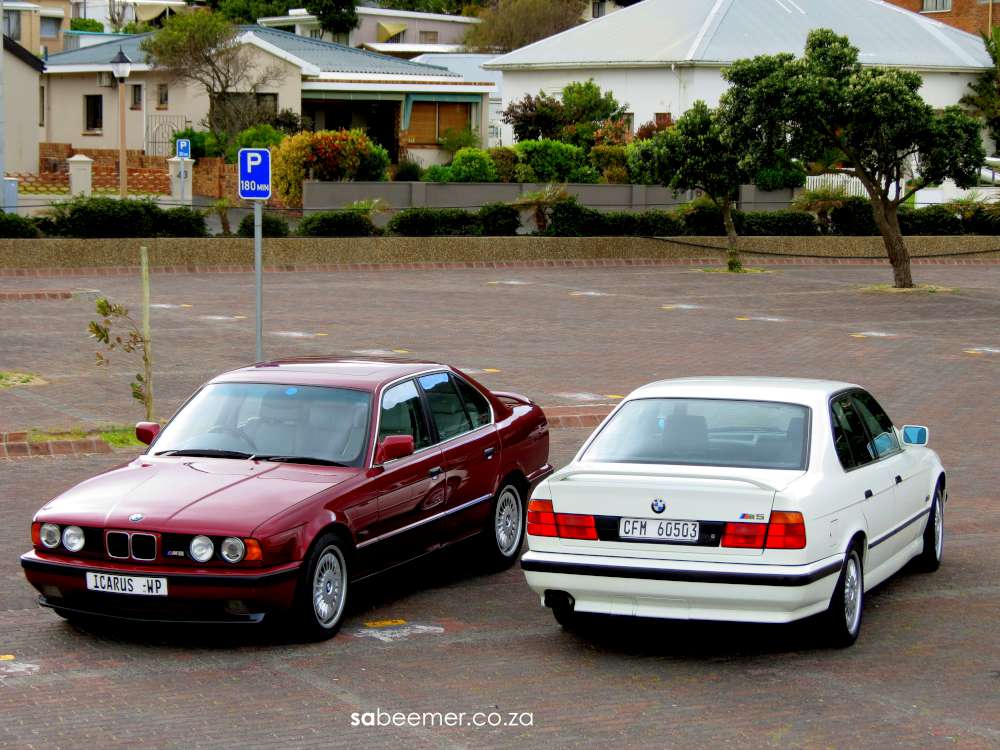 The E34 M5 was the solution for rendering Super Cars impractical, they were known as Super Saloons, and it brought power to the masses.

The E34 M5 was the car that basically kick started the whole super saloon saga.

When introduced in 1988, its rivals were almost non-existent. Today one finds it common practice amongst the major car-makers to have a powerful tar-chewing 4-door model in their range but all of them have their presence owed to the E34 M5. Anyone can slap a big powerful motor to a car, but few can combine it with the technical details which render it an astonishing piece of motoring marvel. BMW managed to achieve - through their M-division – a combination of superb handling, absolute power and refreshing comfort with the M5, and from then it just got better and better. 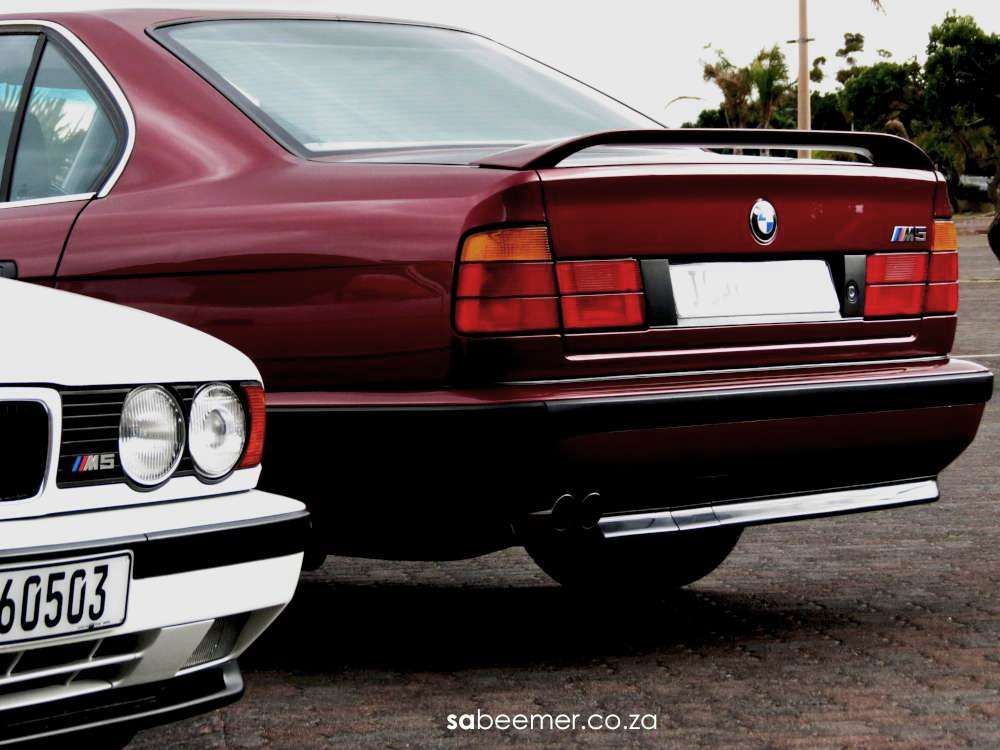 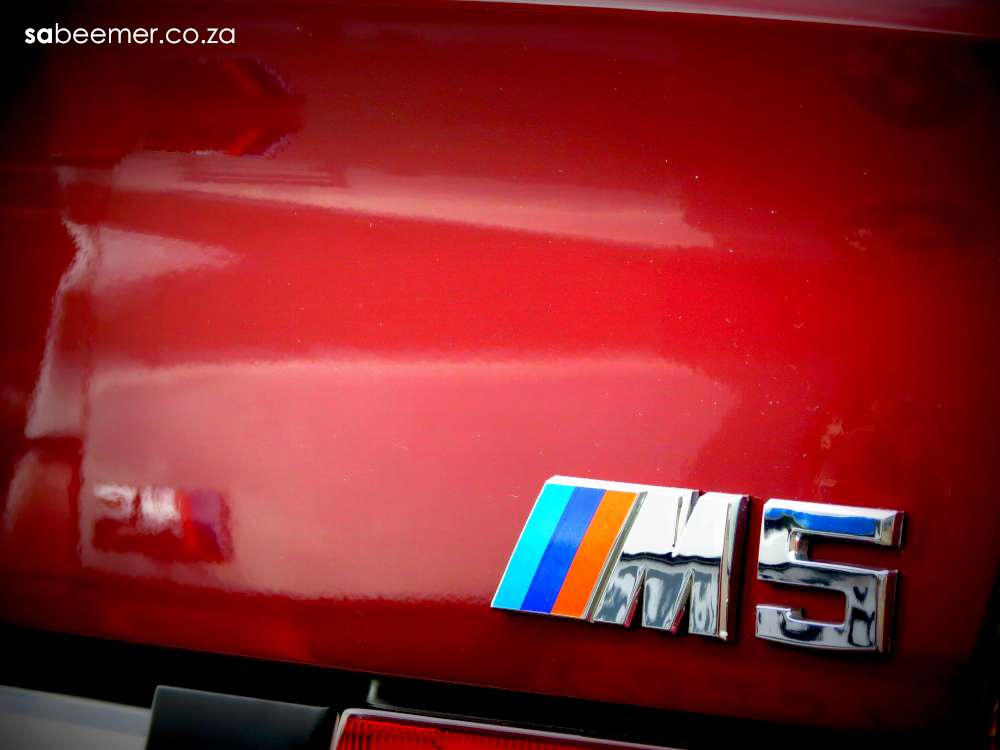 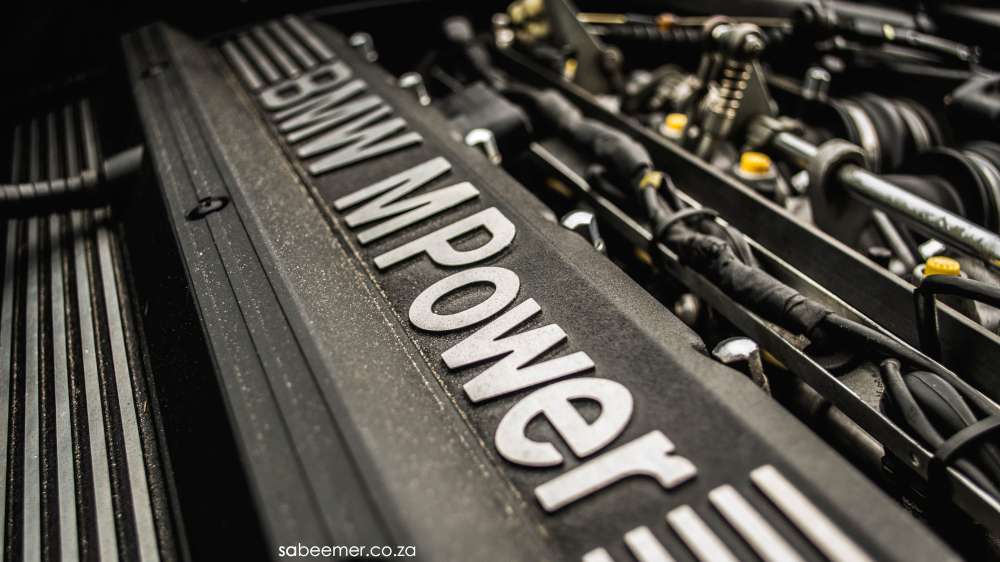 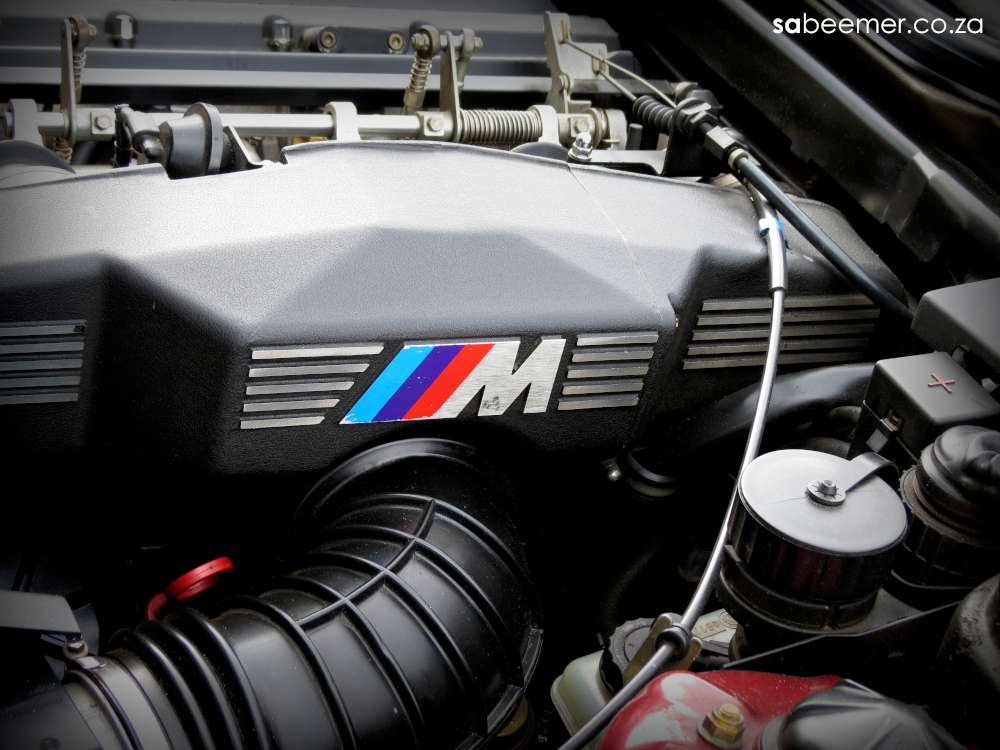 It also has a BMW Motorsport-tuned chassis and a few special cosmetic pieces.

Unlike the normal 5 Series, M5s were hand-assembled at the BMW Motorsport facility in Garching, a suburb of Munich. Bodies were pressed at the normal Dingolfing factory, then sent to Garching where they were mated with the engine and interior trim. The only exception was the South African-spec model, assembled at BMW's Rosslyn, South Africa factory from German-supplied Complete Knock Down (CKD) kits 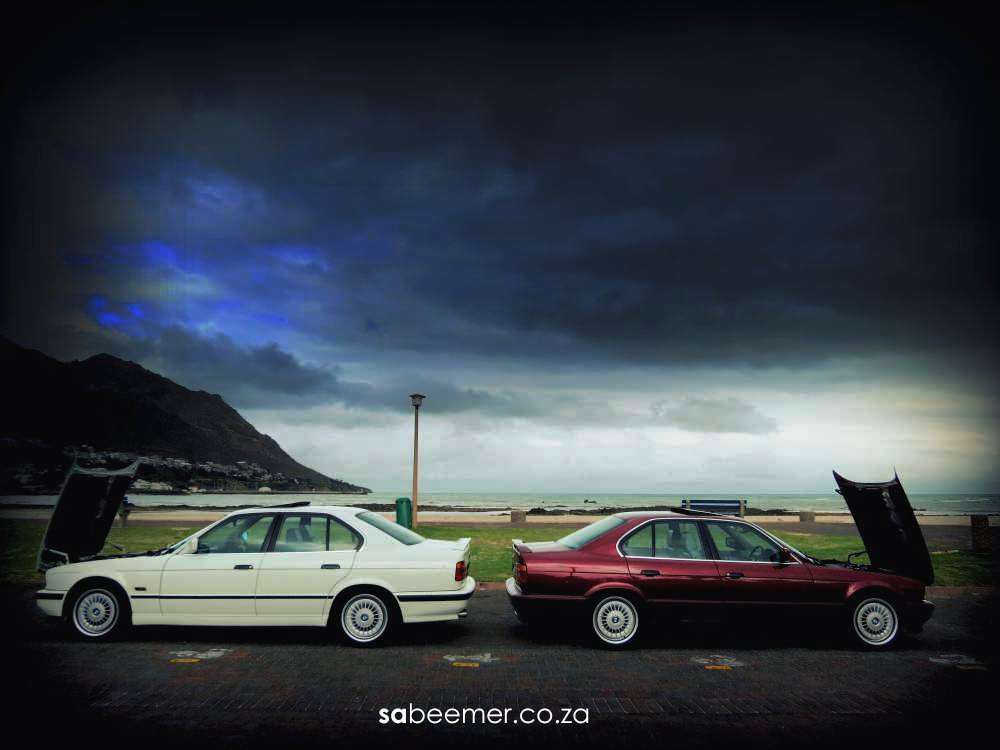 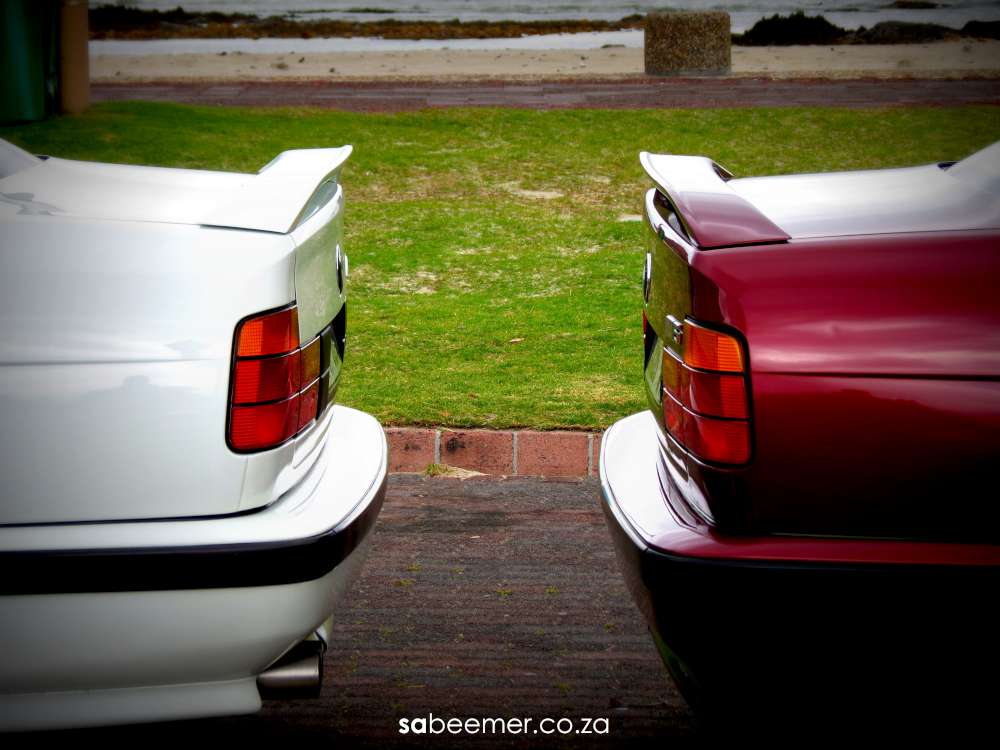 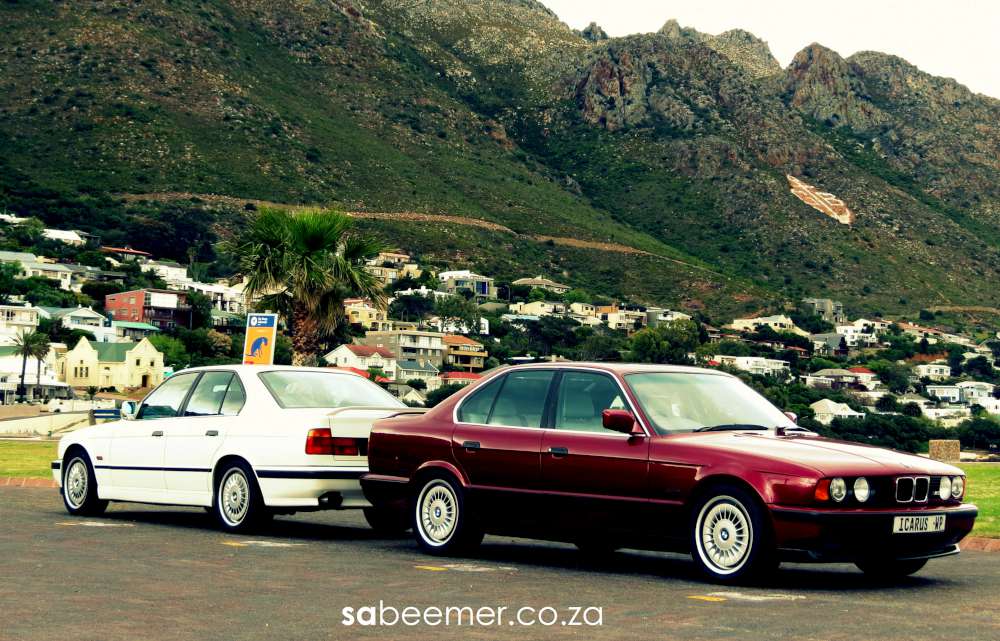 How is the South African version of the E34 M5 cosmetically different from the German-built version?
The South African-built M5s are cosmetically identical to the European-spec cars. However, because their bodies were painted at the Rosslyn factory instead of at BMW AG in Germany, different paint selections were offered. In addition, the Nappa leather interior of the South African models is equipped with unique leather door panel inserts.

The two picture-perfect samples of M5s you see her here belong to: 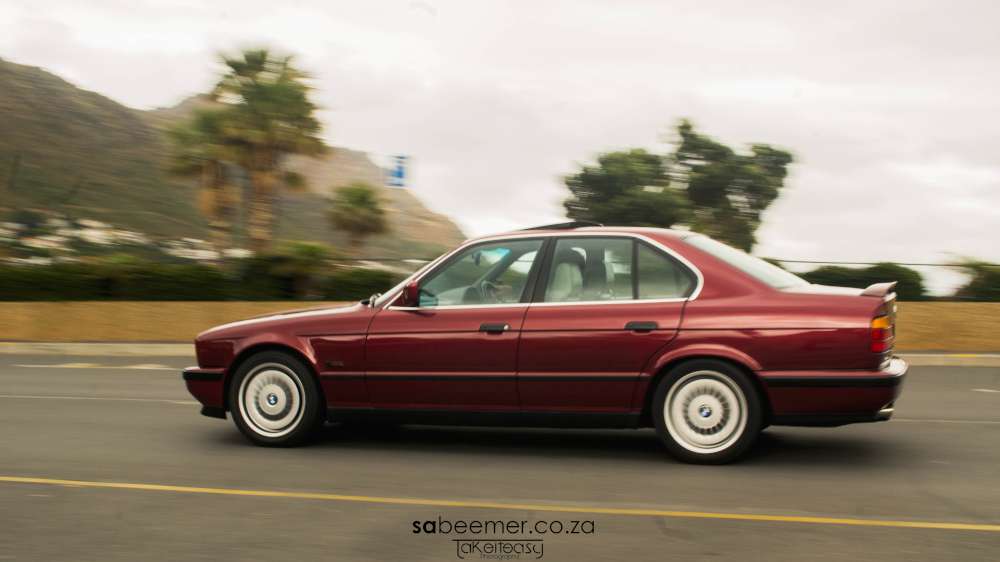 and the other to Richard Smuts. 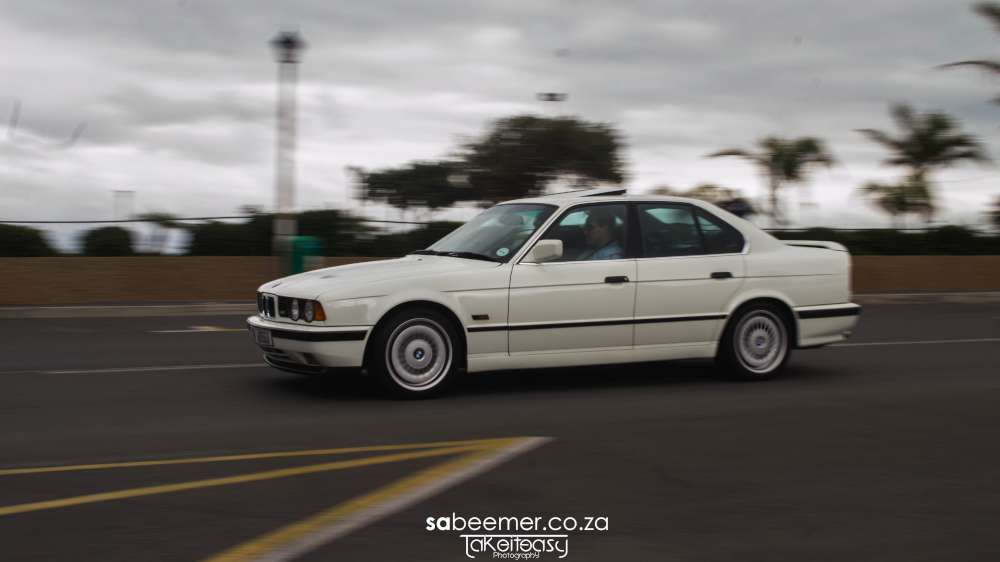 Counting the M5 twice, I have had 12 BMW vehicles in total.

The greatest characteristic of a BMW? They just love to be driven.

What was done to the car? Any changes?

The previous owner removed the turbines, colour coded the side skirts and lower bumper lips, and fitted a very dark window tint.

I refitted the turbines, removed the tint and sprayed the side skirts and lower bumper sills diamond black, according to original spec.

I still need to replace the rather worn gear knob and would love to treat her to some new leather for the front seats. They are showing a little bit of wear now. 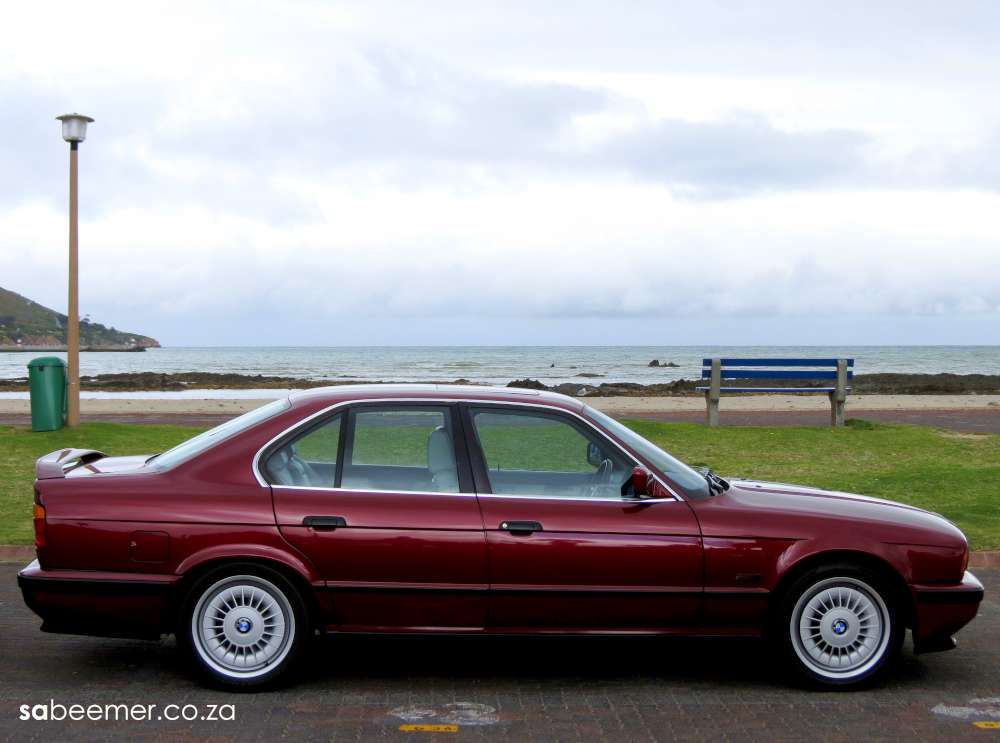 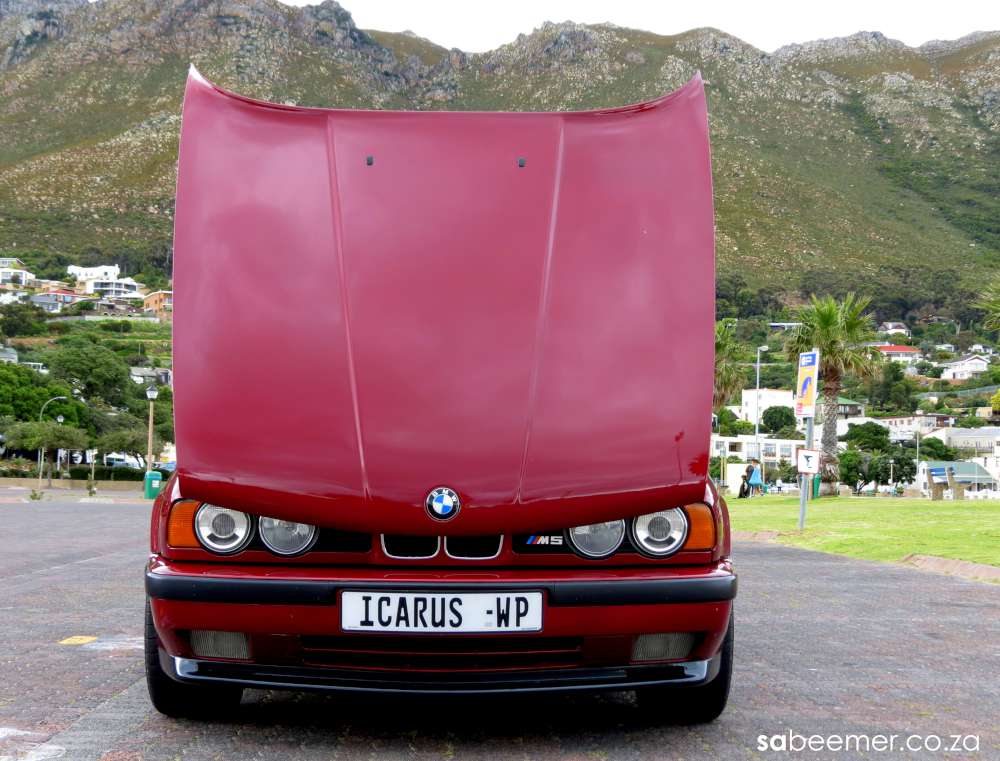 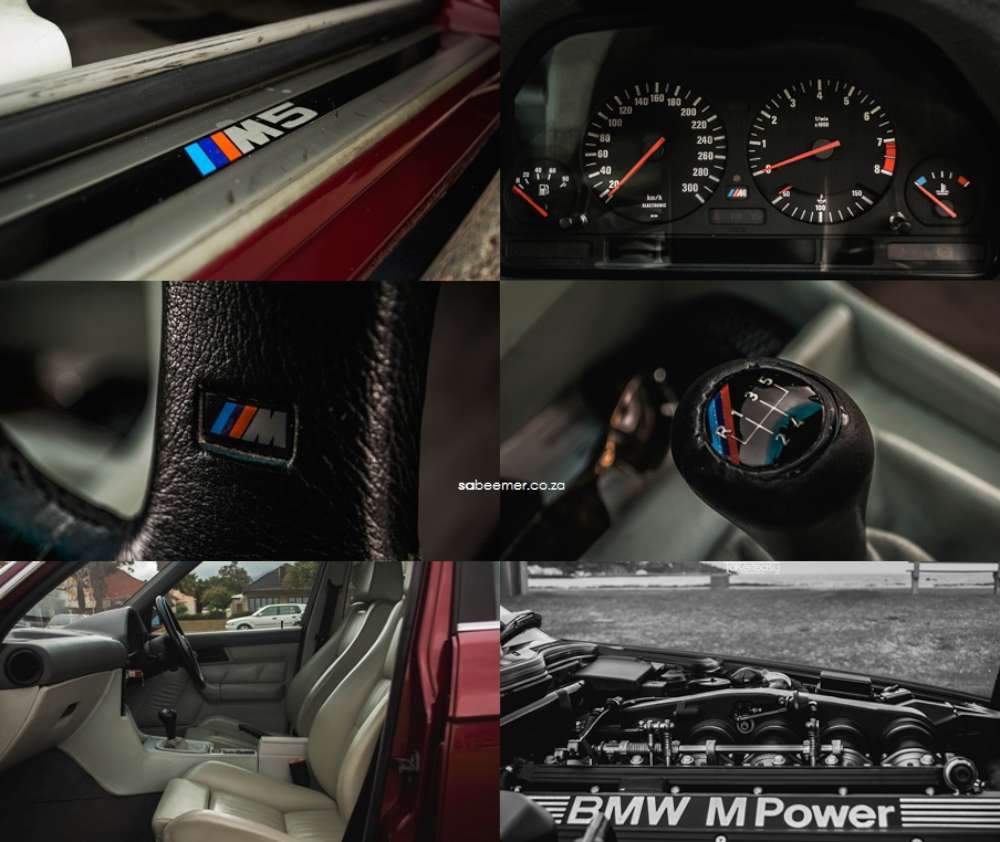 Would you sell the vehicle?

I have been offered a very generous amount for the car, and to be honest, the temptation was huge, but no. No, I don’t think I will easily sell her again.

Not wanting to run the risk of leaving someone out, let me just thank BMWFanatics.co.za and all its members. Some of the guys made it completely impossible for me to forget my previous love affair with this car, and they became rather persistent when the opportunity came knocking for me to buy the car back.

The car has had quite a few owners over the last 22 years, but all of them took really good care of her. Apart from the front end that was re sprayed due to stone chips, this is still the original paintwork on the car.

According to the owner’s manual, the first owner of this car was legendary SA Rally driver Serge Damseaux. 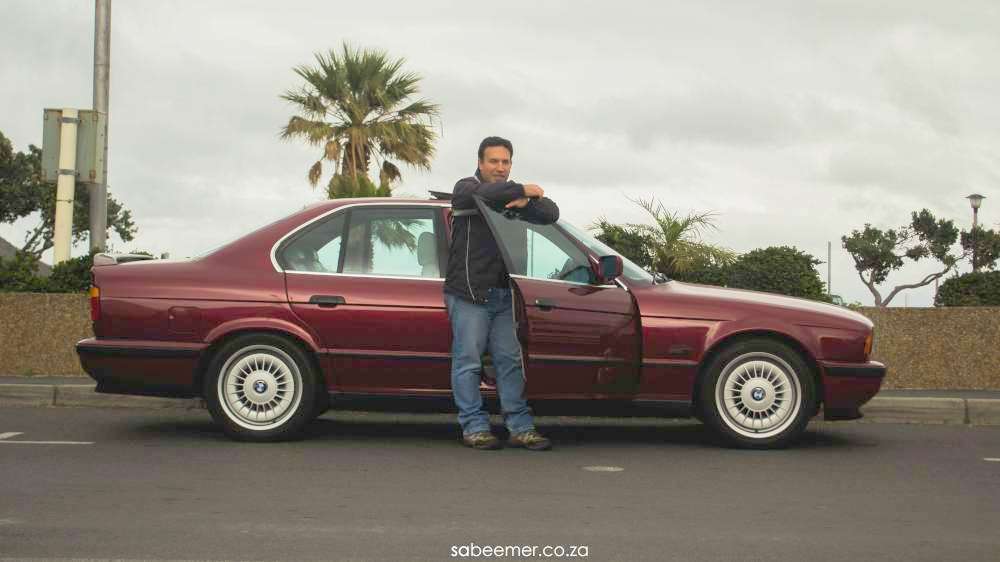 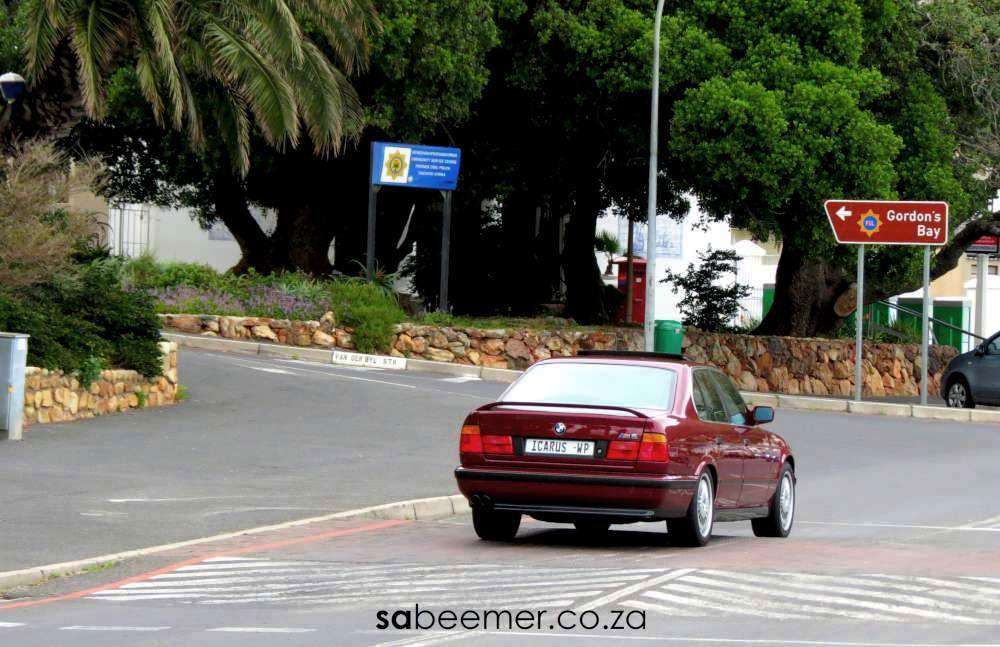 We then turn our attention to Rick and note his tales 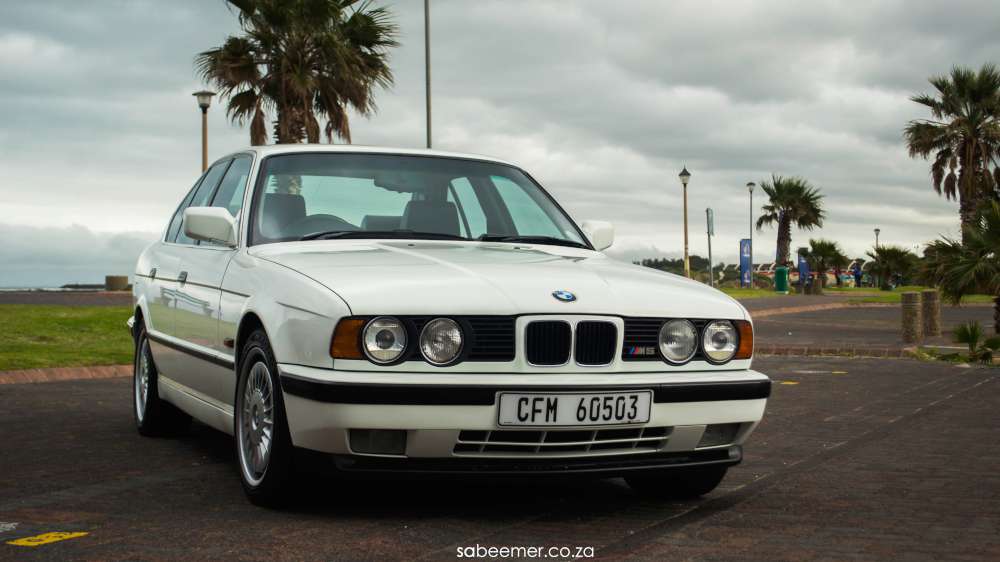 “It started in 1993 with a Ruby red E23 733i. Totally sold me on the brand with performance and tech. It used a ton of oil so I rebuilt the engine in my back yard, to my knowledge this car is still running today after I sold it for 10K”

How many BMWs have u had ?, and what models were they?

What is your standing out characteristic of any BMW?

How long have you had this M5? 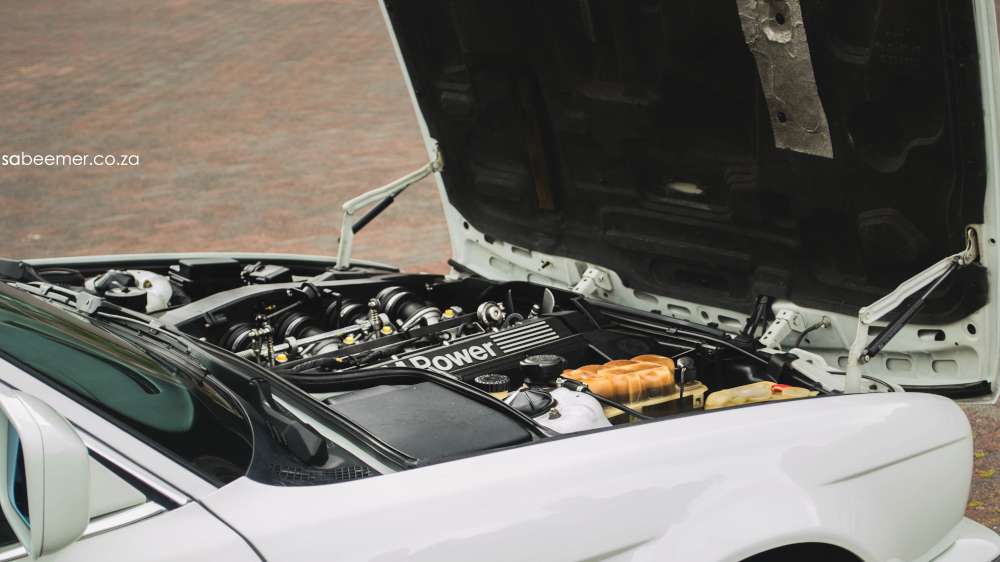 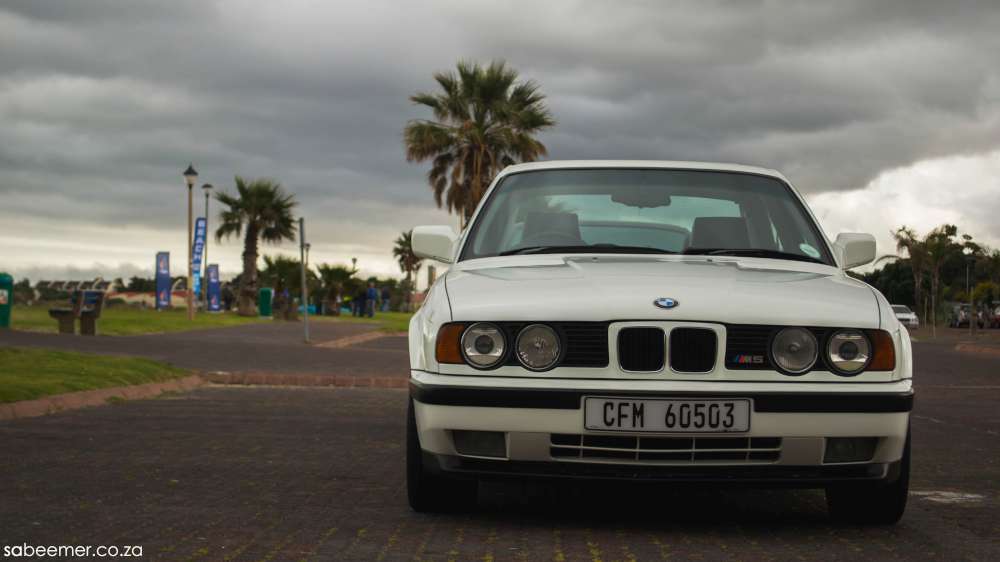 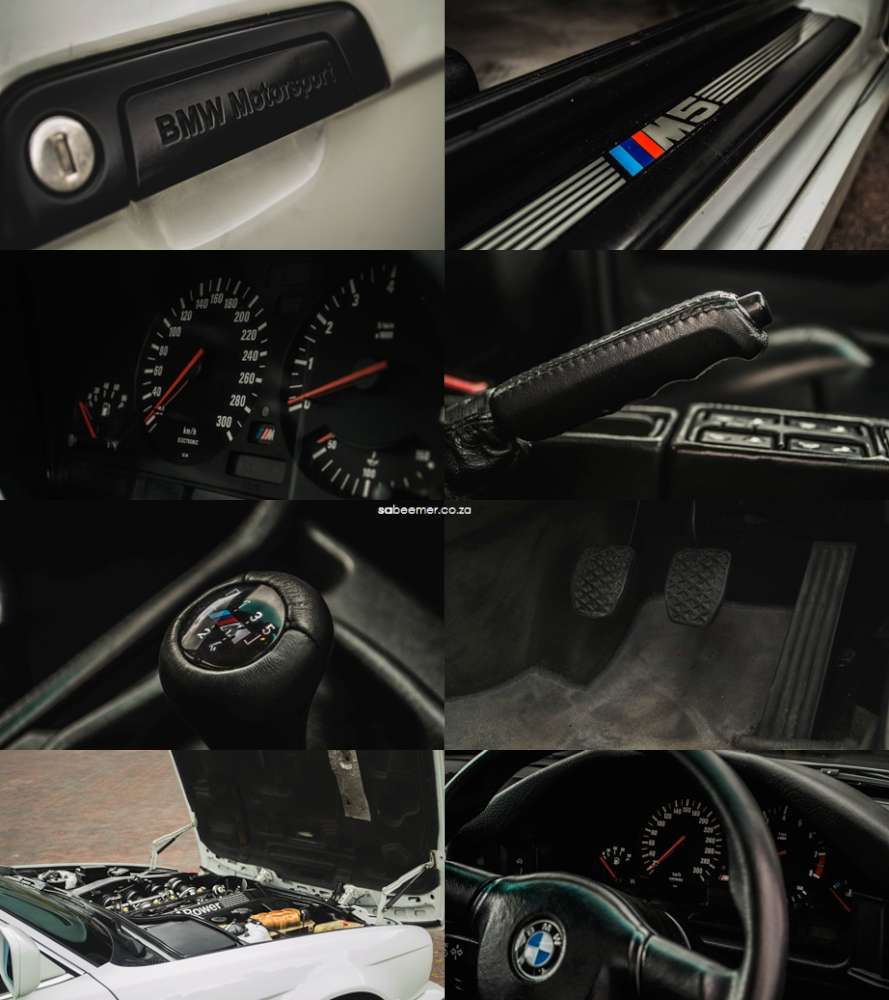 What was done to the car?

I rebuilt the entire front suspension, engine after having to order parts from all over the world at unbelievable costs 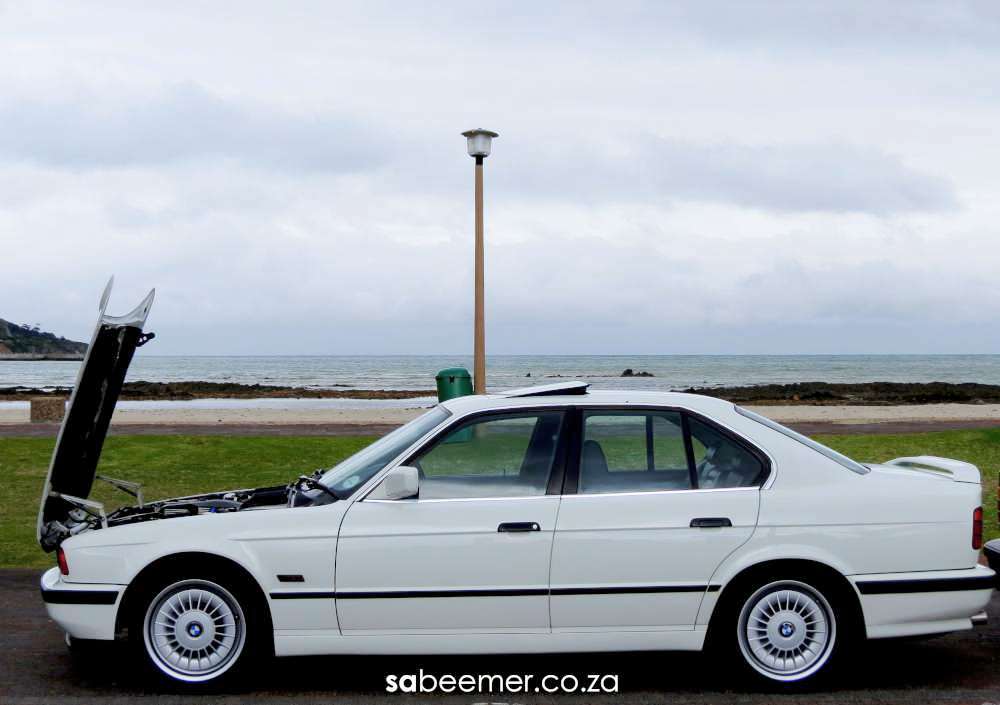 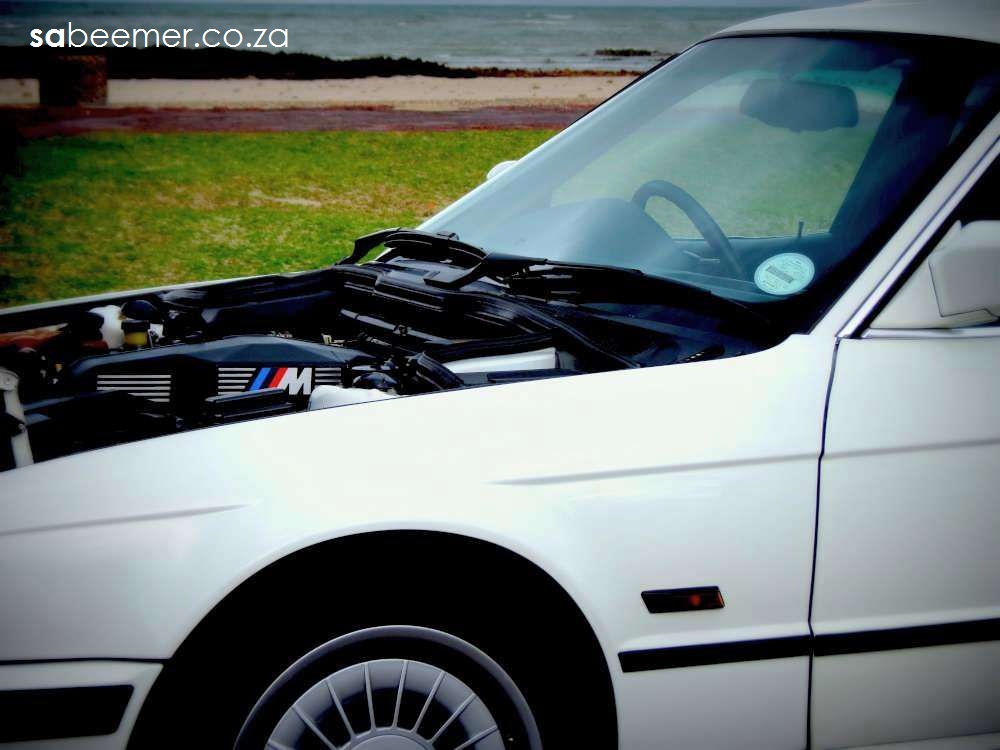 Would you sell the vehicle?

Yes, after the rebuild I used it to work every day for at least a year, I did not want the car to be a garage Queen I really enjoyed living with the M5 as a daily. It proved very reliable 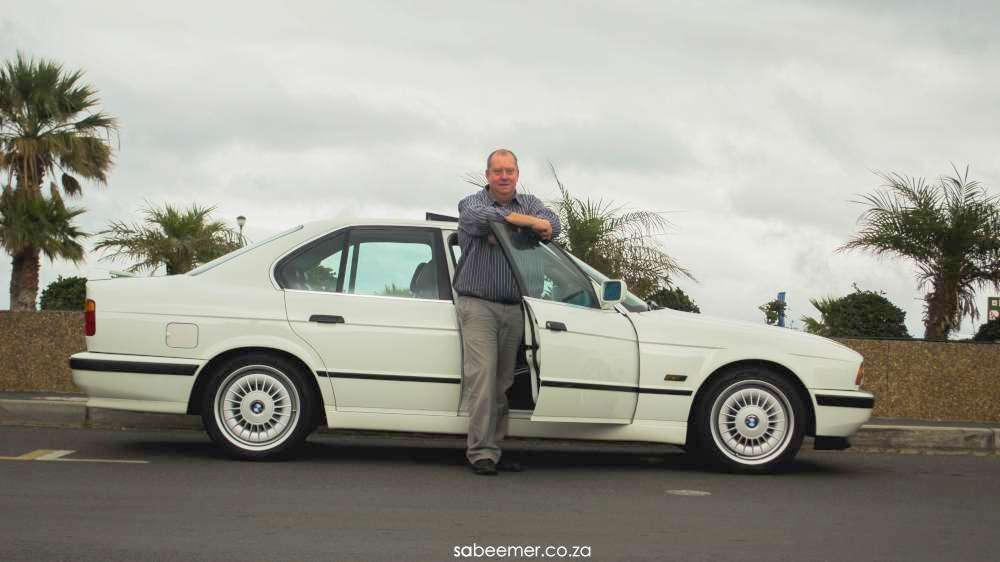 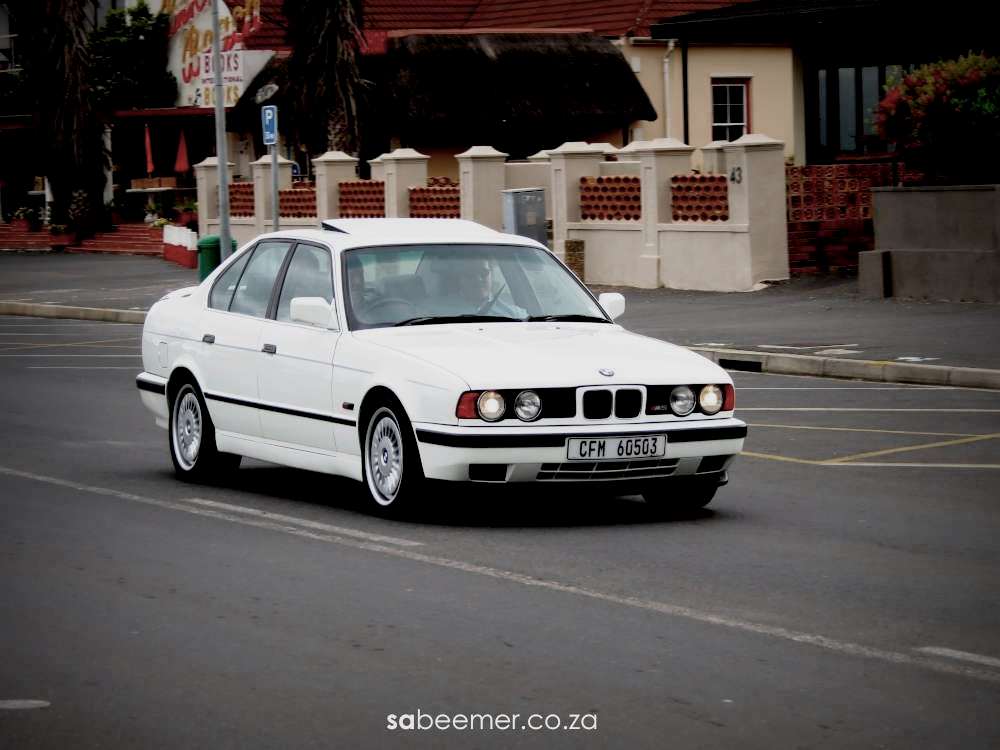 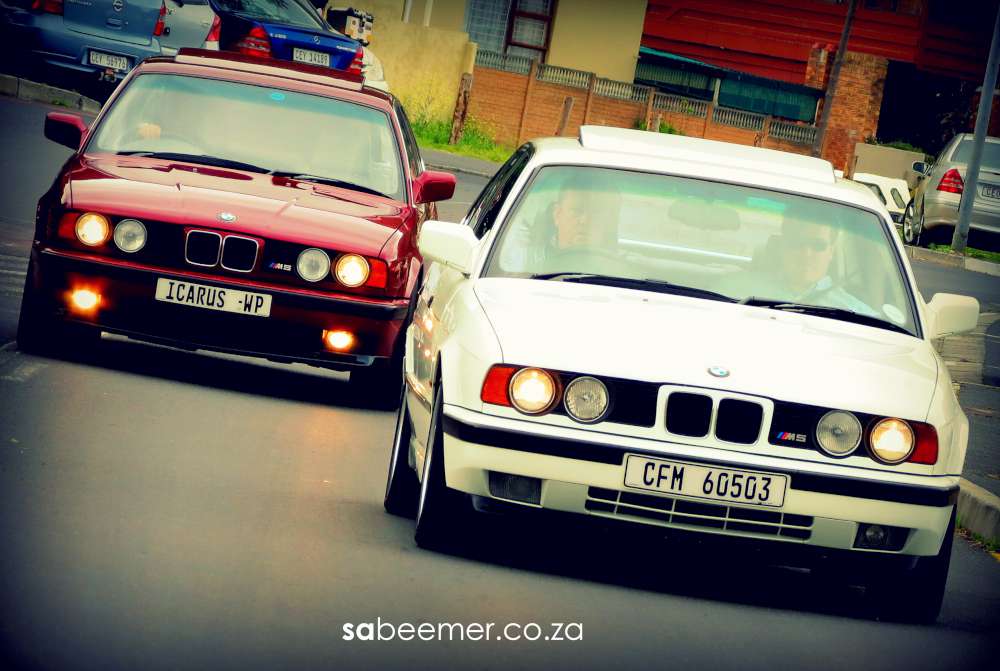 We thank Jandre and Rick for showing us these beautiful machines. The photographer didnt believe me when i told him we were featuring two E34 M5s together. He was shocked and said he had never ever seen one yet, let alone two

Very shortly this site will be famous amid all blogging and site-building people, due to it's pleasant articles or reviews
By: Caitlin Posted on: February 7, 2014, 11:16 am
I was suggested this website by my cousin. I'm not sure whether this post is written by him as no one else know such detailed about my difficulty. You're incredible! Thanks!
By: Amelia Posted on: February 1, 2014, 2:45 pm
Way cool! Some very valid points! I appreciate you penning this article and the rest of the site is extremely good.
By: Zelda Posted on: January 30, 2014, 7:48 pm
Thanks Jandre, your work and dedication on the BMWfanatics.co.za speaks volumes about your passion for the BMW car and more specifically the 540i. Thanks to you am now eyeing a five series (e60) to add to my stable. I have been saving up and if all goes well I will buy one around winter (cash). Thanks SABEEMER.co.za forshow casing what passion for a Beemer entails. Cheers!! and like Max commented earlier, I also sit and ogle at the fiver for hours. The vehicle sales pages, SABEEMER.co.za and BMWfanatics.co.za are my favourite blog spots.
By: 323i E46 Posted on: January 2, 2014, 2:06 pm
Great site you have here but I was curious about if you knew of any forums that cover the same topics talked about in this article? I'd really love to be a part of community where I can get advice from other knowledgeable individuals that share the same interest. If you have any recommendations, please let me know. Kudos!
By: Torsten Posted on: December 31, 2013, 5:06 am
Hi, I do believe this is a great blog. I stumbledupon it ;) I will come back once again since i have book marked it. Money and freedom is the bewt way to change, mmay you be rich and continue to help other people.
By: Brooks Posted on: November 28, 2013, 4:50 pm
Spectacular article! E34 in my opinion is the best shaped and the E34 M5 is the ultimate ///M car. I had the pleasure of driving Richard's M5 once before and bloody hell! to this day an E34 M5 is my ultimate car! Everytime I see a E34 M5 post on Gumtree...I sit for hours dawdling at it, hoping, praying and wishing that someday I would get the opportunity to own one! E34 M5 for the win!
By: Max Posted on: November 1, 2013, 7:25 pm