As car guys, or girls, growing up, we all had a vision of what our ideal car would be.

Jermaine Williams was no exception to this fantasising saga.

From an early age he found himself day dreaming aboutdriving his own BMW some day, especially an E30 325Is.

“I'm a lawyer by day and a BMW enthusiast by night. My dad owned a BMW all my life and we have always driven BMW. My dad currently drives a 330d BMW. Growing up we owned a 320i charcoal Grey 88 model one. It was only serviced at BMW. I also owned an E30 Shadowline and I am currently about to take delivery of an E36 M3 from an old man retiring out of the profession. I'm one of the most BMW crazy people you will ever know.”

About 4 months ago Jermaine finally got his hands on a Diamond Black EVO1 1989 model 325iS. It wasn’t in the most presentable state, and with Jermaine being the BMW fan that he is, he managed to source every E30 part imaginable in order to start his restoration process. 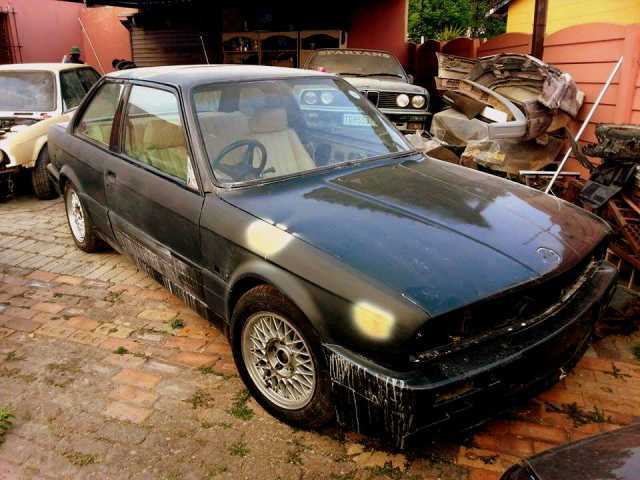 Every nut and bolt that Jermaine bought for the car was from the BMW agents, costing him a considerable amount of money in the process, for all the bits and parts right down to the toolkit and clips on the body kit. A lot of the parts had to be imported though as in the brand spanking new dashboard. 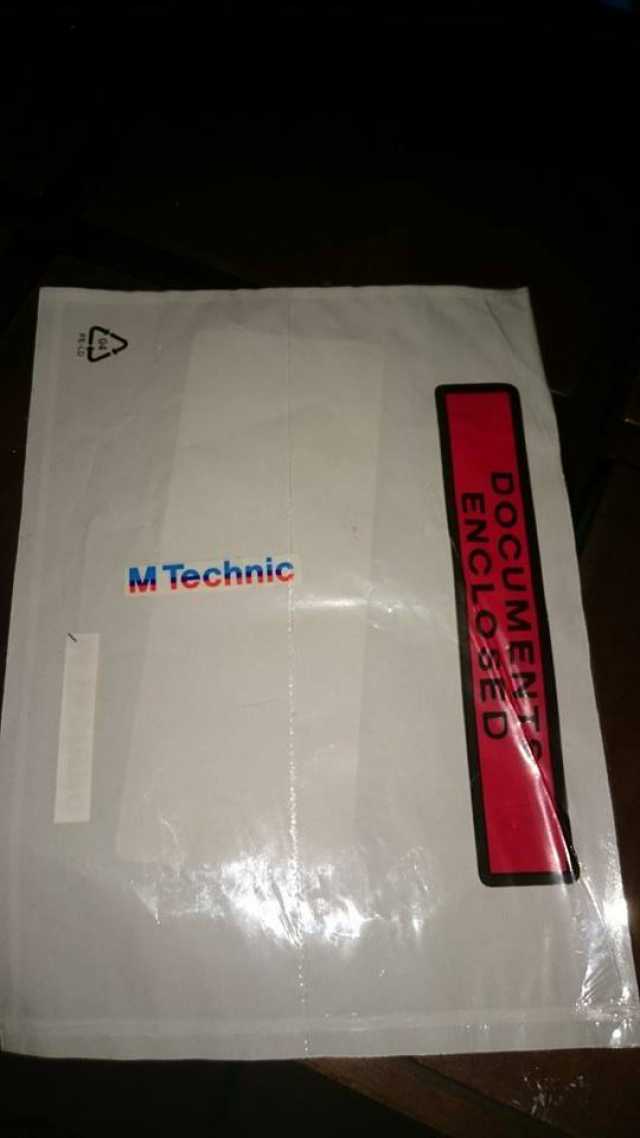 He also had a new speedo cluster installed with the chrome rings to give it extra flair.

Everything else is stock standard on the 325iS except the crank which is from the later E36 328i.

The branches and freeflow exhaust system was done at PowerFlow in Fordsburg,

A new suspension – tie rods ends, rack ends, shocks was also installed, ensuring this E30 drove and handled like a 325Is should.

Jermaine kept most of the car standard except the exterior and interior colours.

He tells us about his colour choice “Always wanted a candy apple red paint job since I was in my teens. The colour is my own mix incorporated from a cherry apple to candy apple with silver base”

The bodywork was done at JLS AUTOBODY in Brakpan together with the new suspension. The interior was also redone to match the body of the car but kept as original looking as possible. Dash was fitted and custom sound install will be done in the coming days. 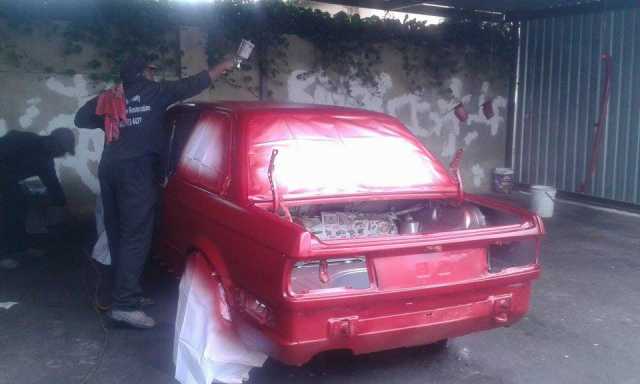 The restoration time took 3 months and HAD to be done so quickly because it was the wedding car at Jermaine and Benita’s wedding on 19 December 2015.

Jermaine ends in saying the car is only 95% done.” New rubbers, wiring and sound need to be done. Also the car is missing the original fender sill on the passenger side which I am struggling to find second hand, and therefore ordered an original which is arriving in 2016. A custom sound system will be installed by Autosound Gazina” 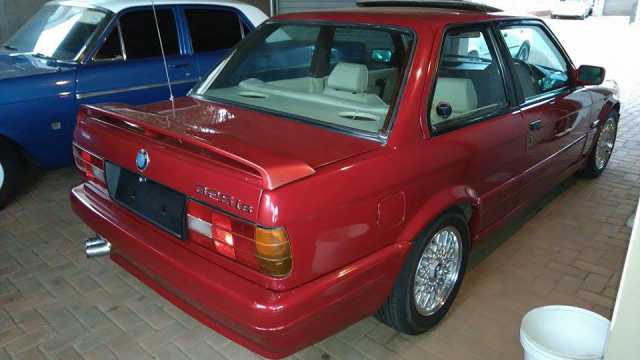 We wish Jermaine and Benita many many happy miles with smiles together with this baby which is now a part of their family :) 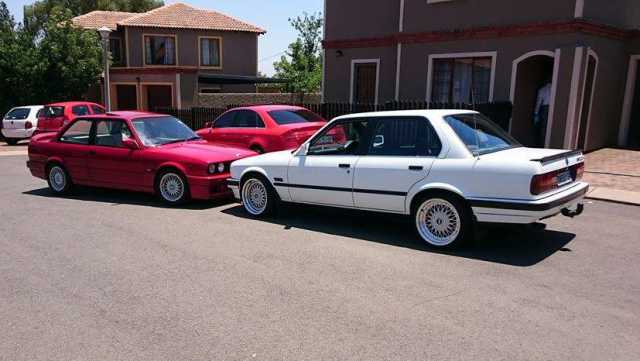 It was an auto 325i (no sunroof). All he did was colour code the bumpers and put a custom wheel on. It was originally a flawless wheel which he stepped up to 8j with aluminium dishes

The car was purchased from a teacher at Bertrams Primary. A bad experience had forced her to sell the vehicle. The car even had the original service book and owner’s manual

The motor was sorted with new rockers, big ends, bearings, gasket, Gas-flowed head and ported valves. Being an automatic, the car was hardly driven hard. 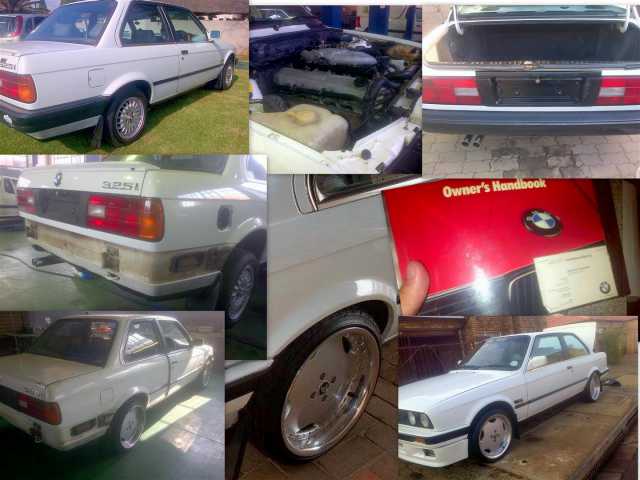