JUST FOR THE ///MADNESS by CapeStance

JUST FOR THE ///MADNESS by CapeStance

It was in 1927 that history was made in terms of the BMW motorcar. The first car was built by Austin, and was the same as the US Bantam and the Japanese Datsun. Although BMW's current fame and reputation as the greatest automobile manufacturers can only be related to cars produced in the last twenty years or so, the history of Bavaria Motor Works stretches back almost ninety years.

We could spend days going on and on about the countless merits and achievements of BMW and the undeniably awesome motor vehicles they produce, but let's not stray to much off the topic at hand.

There aren't many models and vehicle brands that have gone through as many transformations as the iconic M3. The M3 moniker is still one of the most respected, most admired and most feared badges across all forms of motoring.

The M3 brand on its own is a successful franchise, having designed models from the e30 to the e93, and the design concept has always remained the same - "Build a damn good car".

Sulaiman has had his fair share of the "M" range, his first car being the absolutely legendary BMW 325is. Those who knew the car can back me up by saying in was the best example of what the 325is should have looked like. Sulaiman used the car as a daily runner, yet each day it looked as if he had just pulled off from the red carpet on the show room floor. Now we all understand that change is inevitable, and there comes a time in a mans life he has to part with the one thing he protects even more than a sibling......his first car.

Upgrading to a new car was not an easy task. As explained to me he was hunting for a clean E36 or E46 M3, and after countless calls and failed attempts in purchasing one, a huge step for man took place.

Sulaiman found comfort in a V8 E92 M3. Stock was not an option, a software upgrade took place as well as a Gruppe M induction kit, taking the car into the 12sec bracket at a quarter mile meet. Sadly though, the car was totaled one night, many tears were shed, but hey we move on.

Sulaiman, loyal to the "M" badge, moved into an E93 M3 convertible where he then fitted the AC Schnitzer exhaust, Vorsteiner bootlid, Vorsteiner front spoiler and rear diffuser while sorting it on matte black 20" ADV1's hoops.

This man has grown so fond of the V8 rumble that he decided to trade the convertible for another E92 M3, the one we see today. It came from the factory in Sparkling Graphite but is now wrapped in matte lime. When we asked him "Why lime Sulaiman?" his reply was "For the madness."

An RD Motorsport front bumper, Vorsteiner bonnet, Vorsteiner boot and Hamman rear diffuser was then fitted to suit his aesthetic and individualistic needs. An AC Schnitzer exhaust system replaced the stock variant to expel the exhaust gasses more efficiently, and more importantly to make that V8 rumble a tad bit louder. Rolling stock is a set of 20" Vossen CV7's in a matte graphite finish

Some would call him crazy going with Lime green as a color for the M, well then call me crazy too, because I'm in love with this car, and personally I cannot wait for Sulaiman's next build.

Special thanks to Lorenzo Lakay as well as Basheer Khan for the hookup of the location. 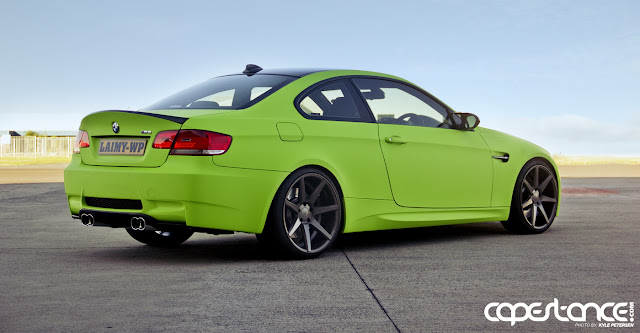 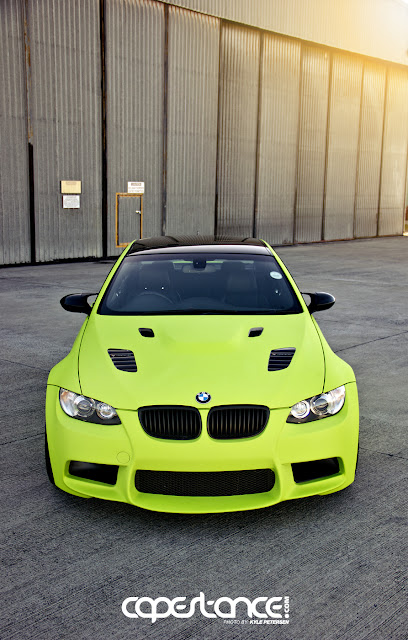 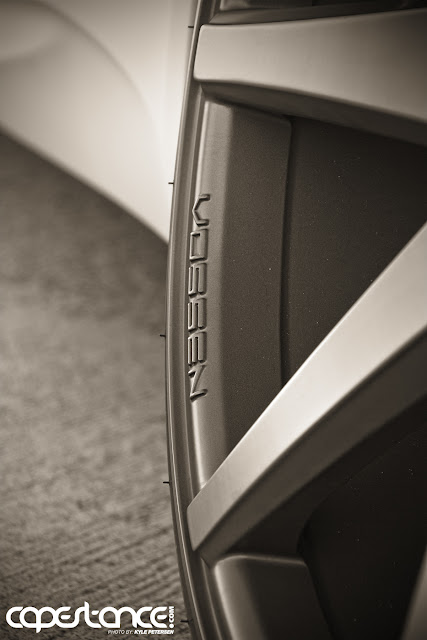 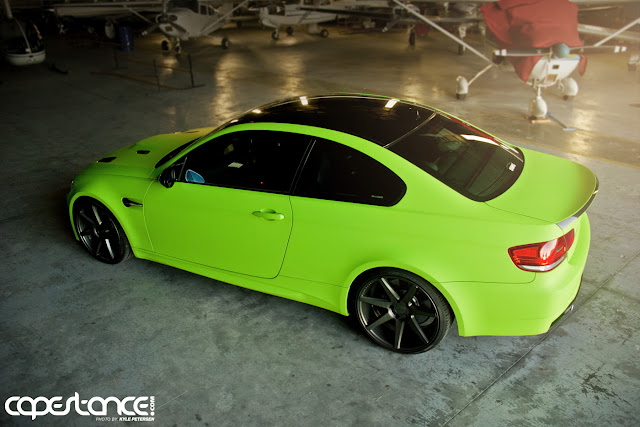 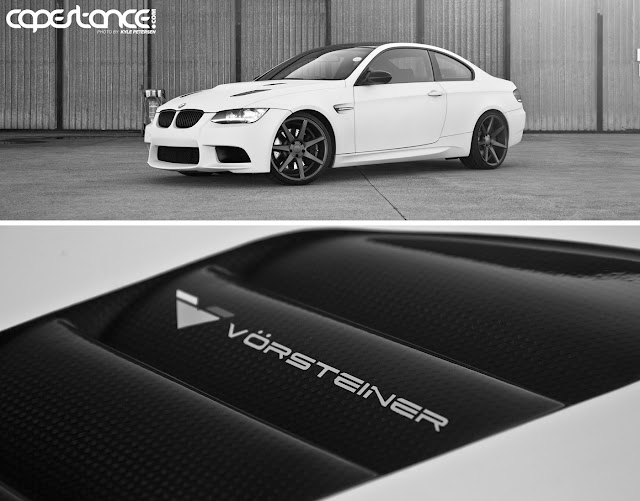 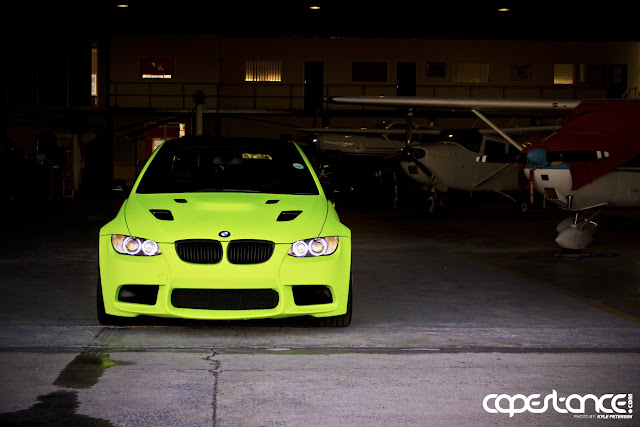 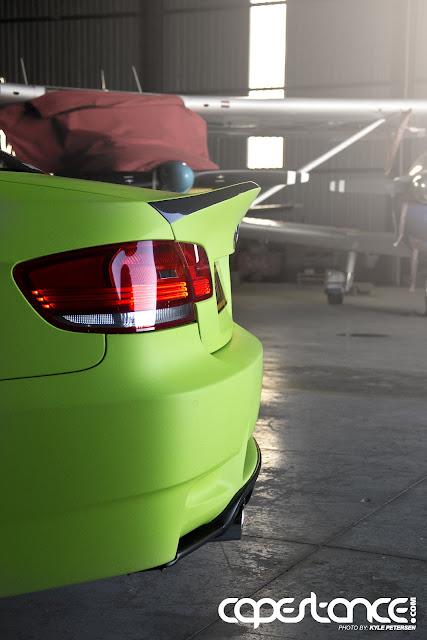 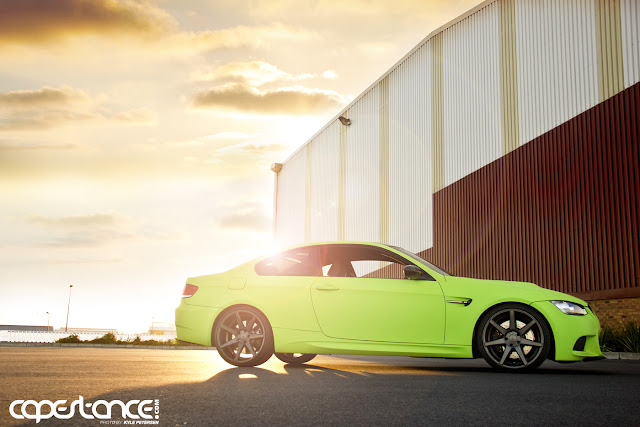 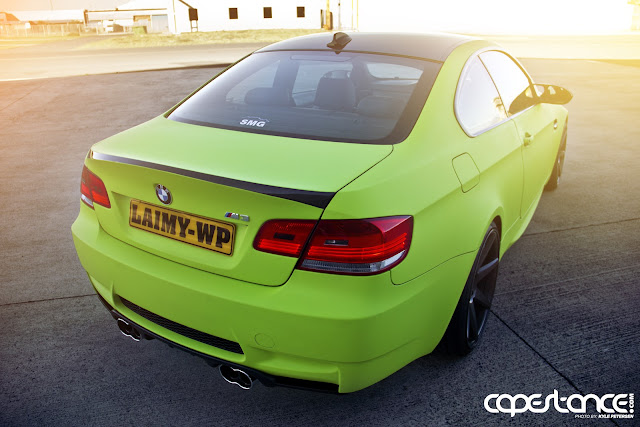 Really decent blog post on JUST FOR THE ///MADNESS by CapeStance!! Always keep blogging.
By: Annetta Posted on: September 26, 2013, 10:31 pm
Fantastic beat ! I wish to apprentice while you amend your site, how can i subscribe for a blog web site? The account helped me a acceptable deal. I had been a little bit acquainted of this your broadcast offered bright clear idea
By: Arielle Posted on: August 3, 2013, 1:10 am
Heya i'm for the first time here. I found this board and I find It really useful & it helped me out much. I hope to give something back and aid others like you aided me.
By: Jonathon Posted on: July 2, 2013, 12:08 am
It's in fact very complicated in this full of activity life to listen news on Television, so I simply use world wide web for that reason, and obtain the hottest news. buy facebook likes
By: Kaylene Posted on: May 17, 2013, 3:11 pm