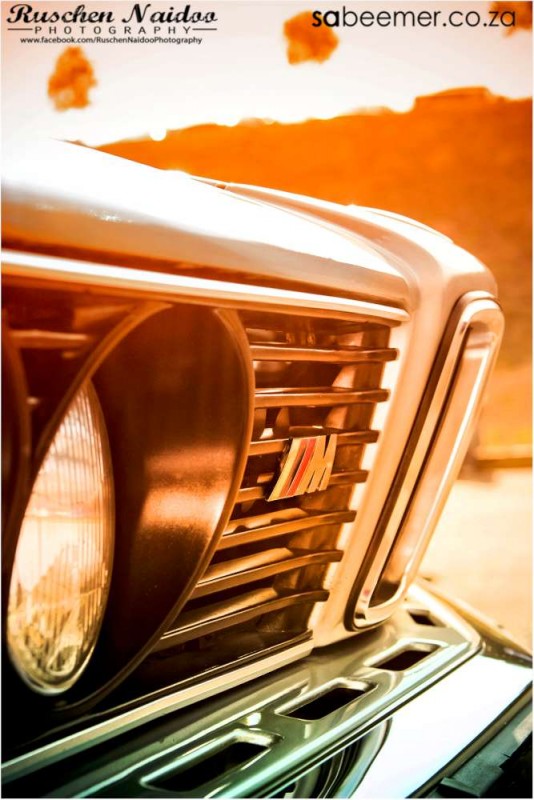 The E24 635CSi will always be a firm favorite of a BMW for me. I was first introduced to it when an uncle bought one in late 81 or early 82. So it was basically one of the very first Bavarian Machines that I had met close-up and experienced. It was spanking new. I was very young but could still appreciate the presence that the car had, even though at that young age,  I had no clue on how presence could be felt, let alone by a car.

It was a gleaming deep red colour, with a cream leather interior. I was especially intrigued by the rear seats, those 2 sunken buckets with the raised centre console. It was for me as if they had fitted it from one of the best airbuses at the time, as was the check-panel in the cockpit. Magnificent! An airplane for the road! 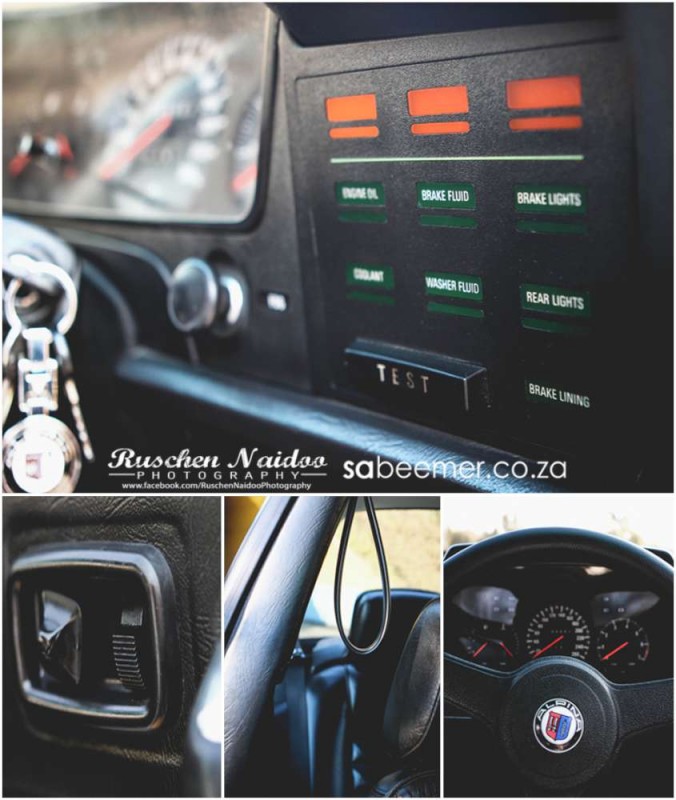 Thinking back, it reminds me what is so powerful about the BMW brand that we still take for granted today. The ability to put together an elegant, comfortable, powerful, exceptional build quality car for connoisseurs, for drivers. Yes, it does sound so cliché but it’s true. Simple.

So everytime I see a 635CSi, I am besotted by it. Knowing it might be as old as me, I can’t help appreciate when it’s still being driven and looks as if it drove out the showroom just last year.

That is why when I saw Lavi’s example a few months back, we just had to show it off. 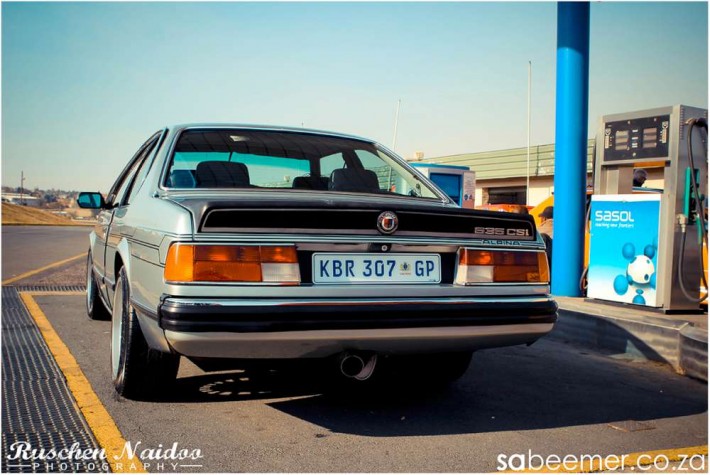 Lavi is a BMW freak. He has had all of the BMW models and series’ except the 8’er

His pristine 635CSi featured here is a sapphire blau 1981 model with 188000kms of mileage. He has it now for just over a year. It’s a manual spec with a Full Service History, Recaro sport seats, sunroof and a crackless dash. It’s been a 1-owner vehicle since new and still retains the original tool kit inside the boot lid.

It wasn’t particularly in the condition it is seen here. It has gone through a total restoration from bumper to bumper. And Lavi doesn’t know cheap aftermarket car accessories; he only does the original bits.

He has carefully added the Alpina touch to the vehicle, and one would swear it arrived like that from the factory. OEM 17” Alpina wheels, which are very rare in SA, were fitted. 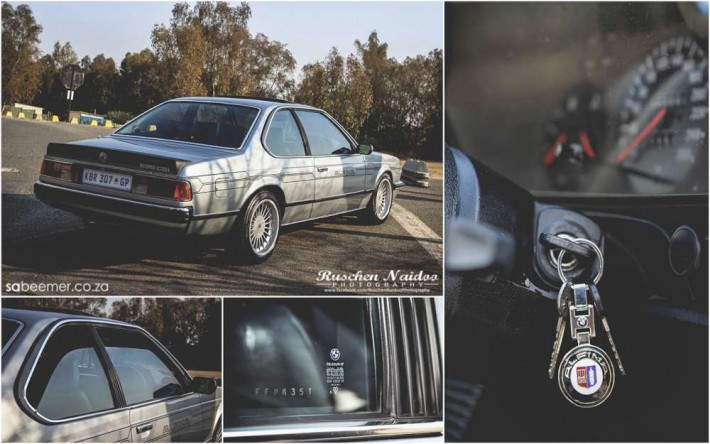 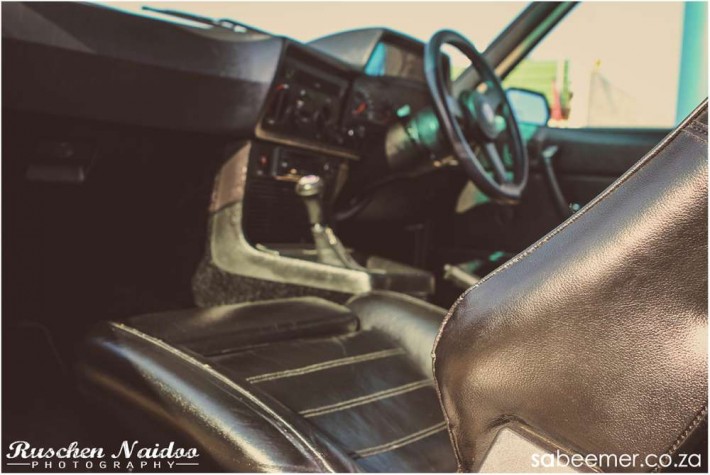 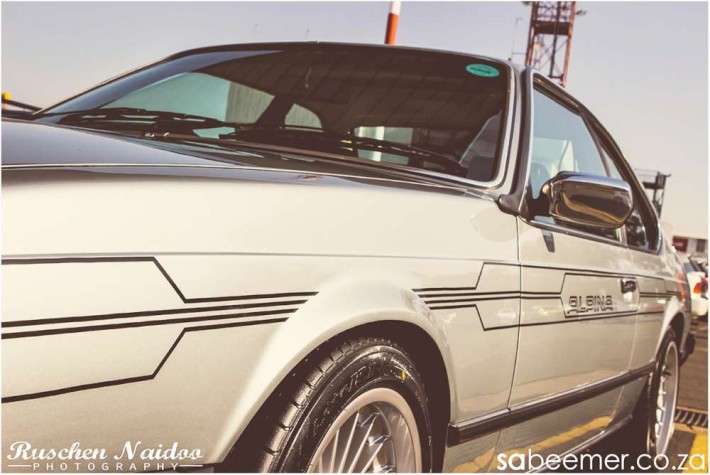 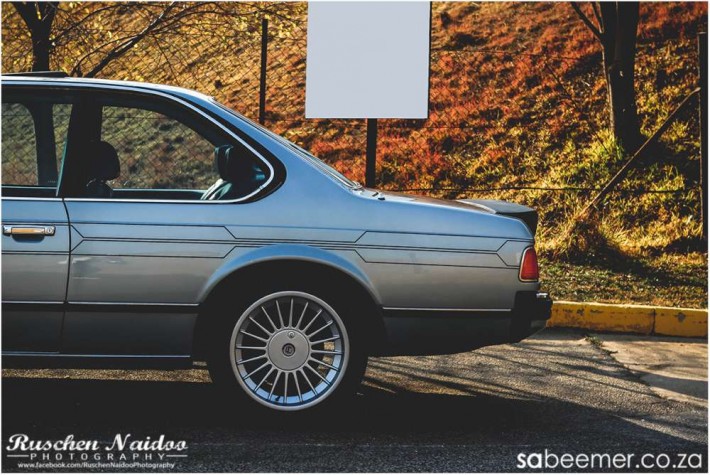 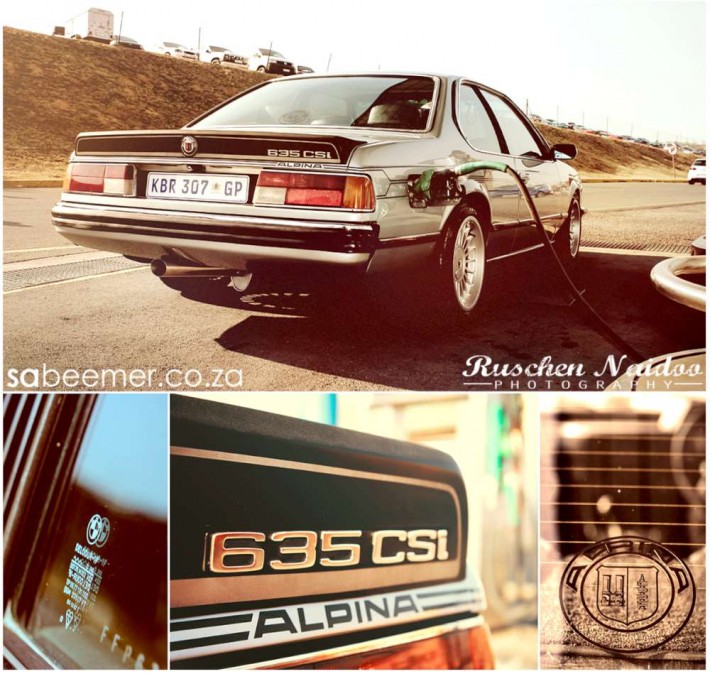 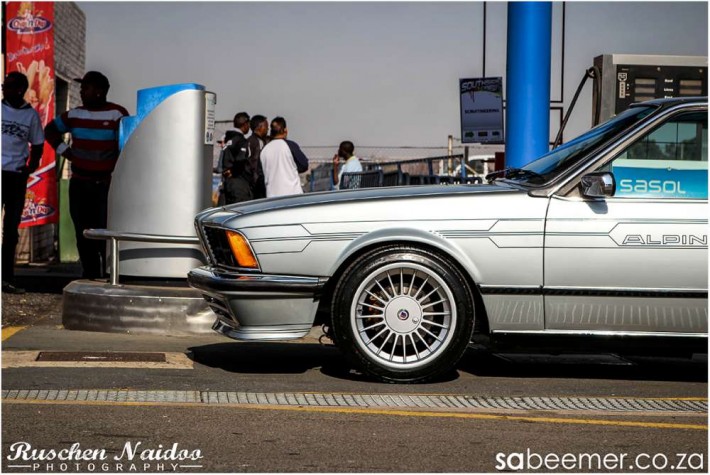 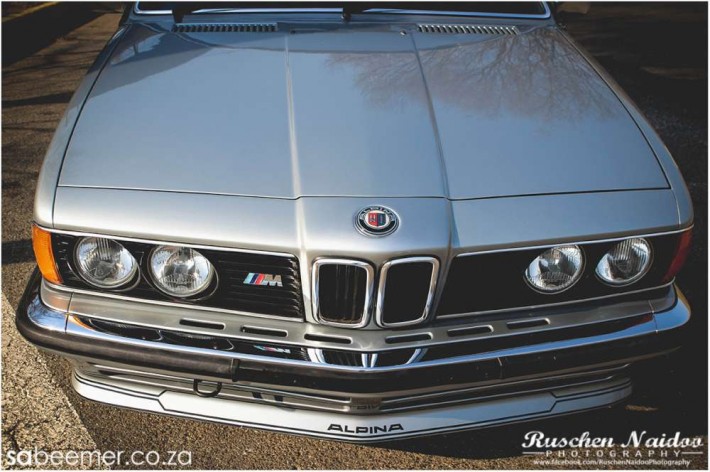 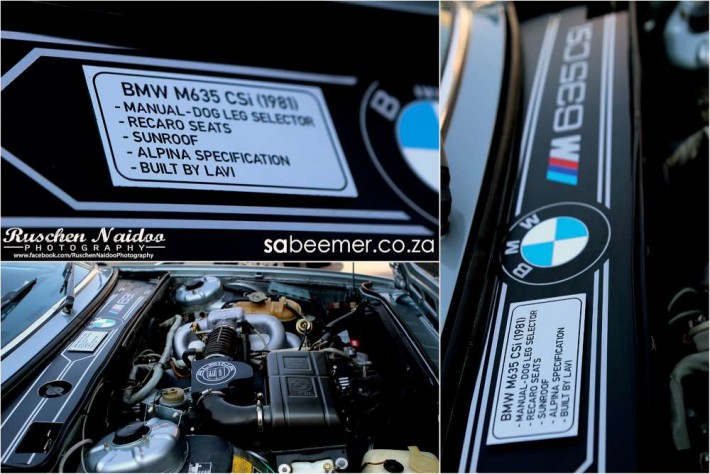 This car, 30-something years after it was imported into South Africa is a wonderful sample of Sheer Driving Pleasure. Classical hotness at its absolute best.

We asked Lavi if he would ever sell, and he replies “Everything is for sale with me”. So if anyone was in the market for a super clean example of a Gentleman’s Bahn-Stormer, here it is. 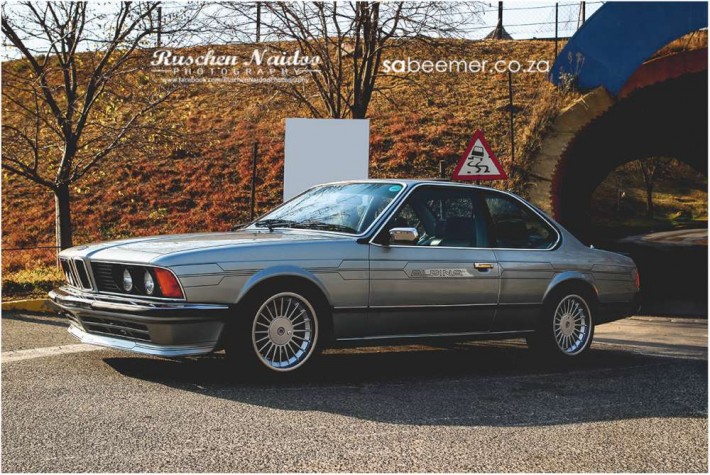 Lavi would like to specially thank his wife for all her patience while the 635 had most of his attention during the build.

Oh, and my uncle still owns that 635 I was talking about earlier, till this very day. 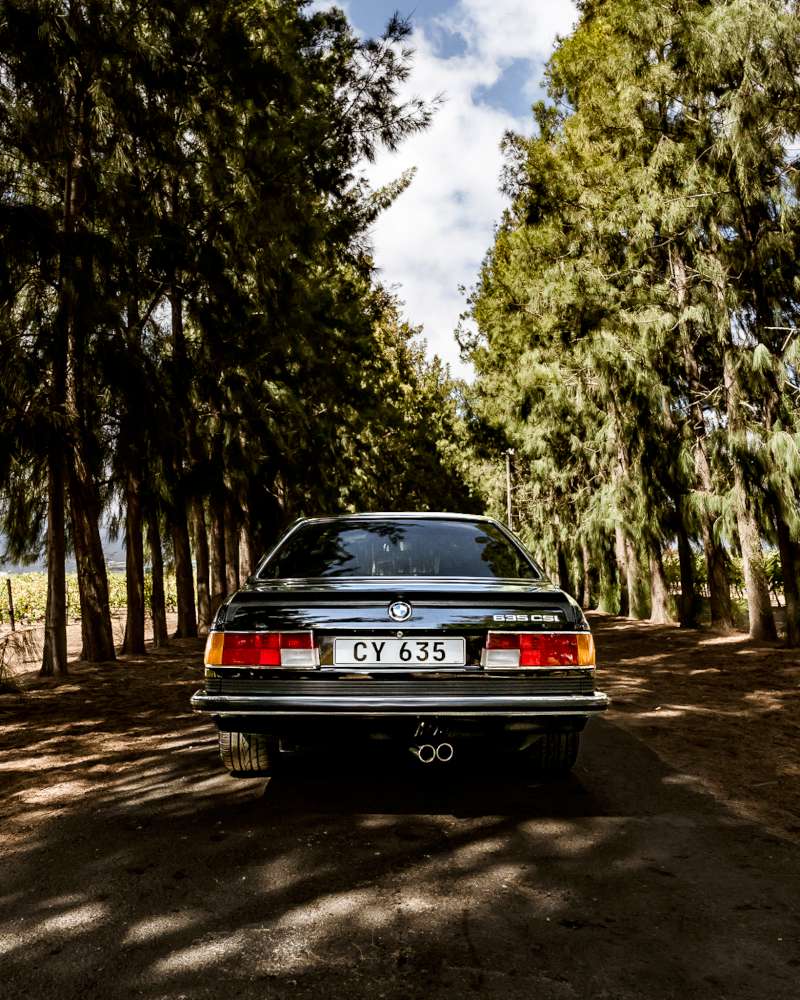 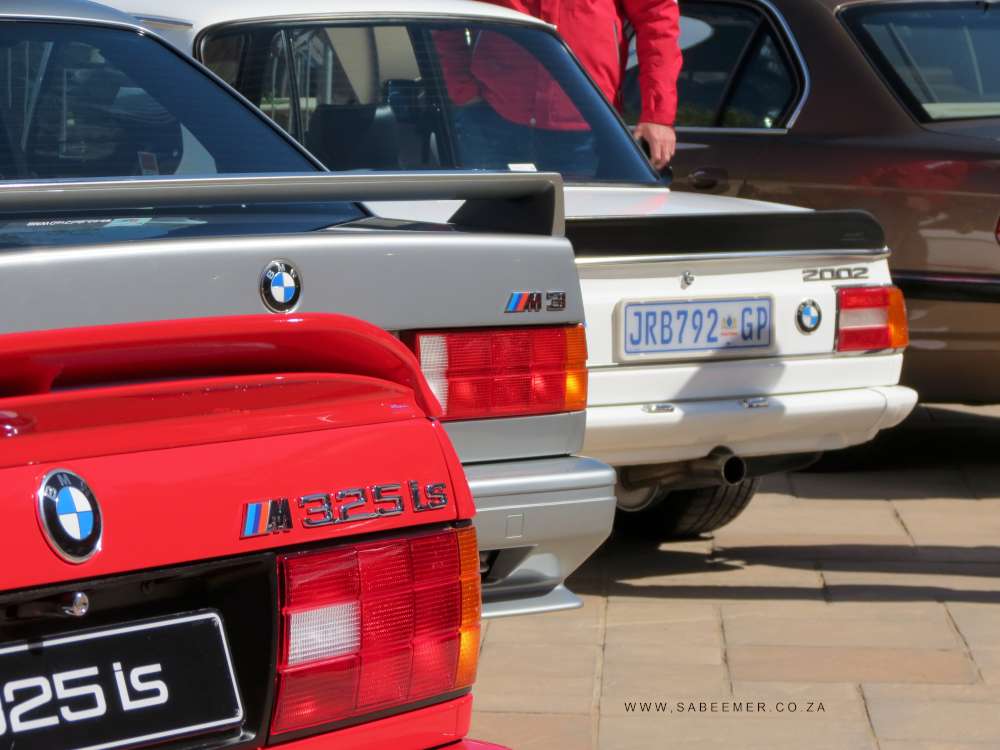 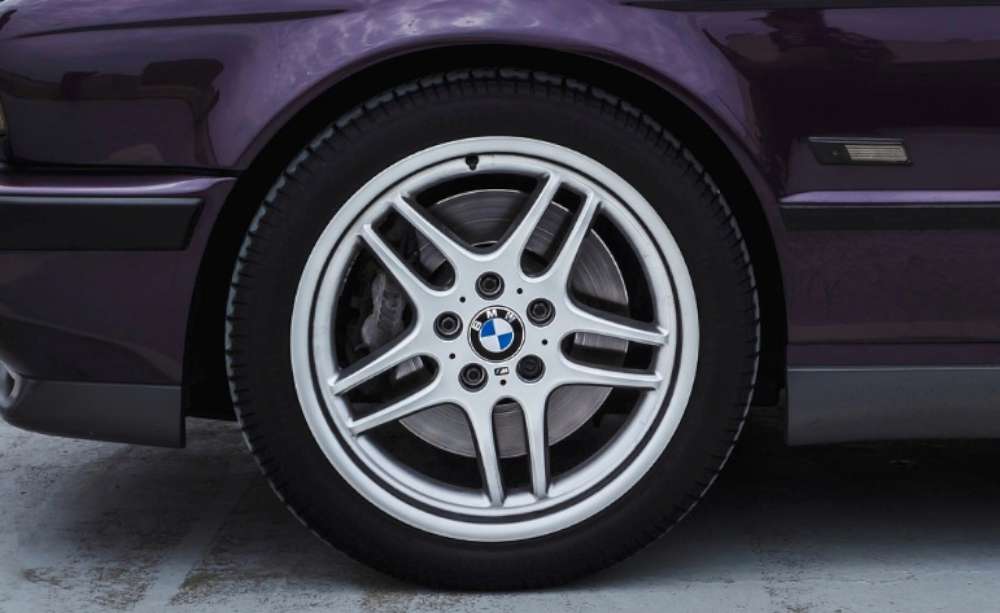 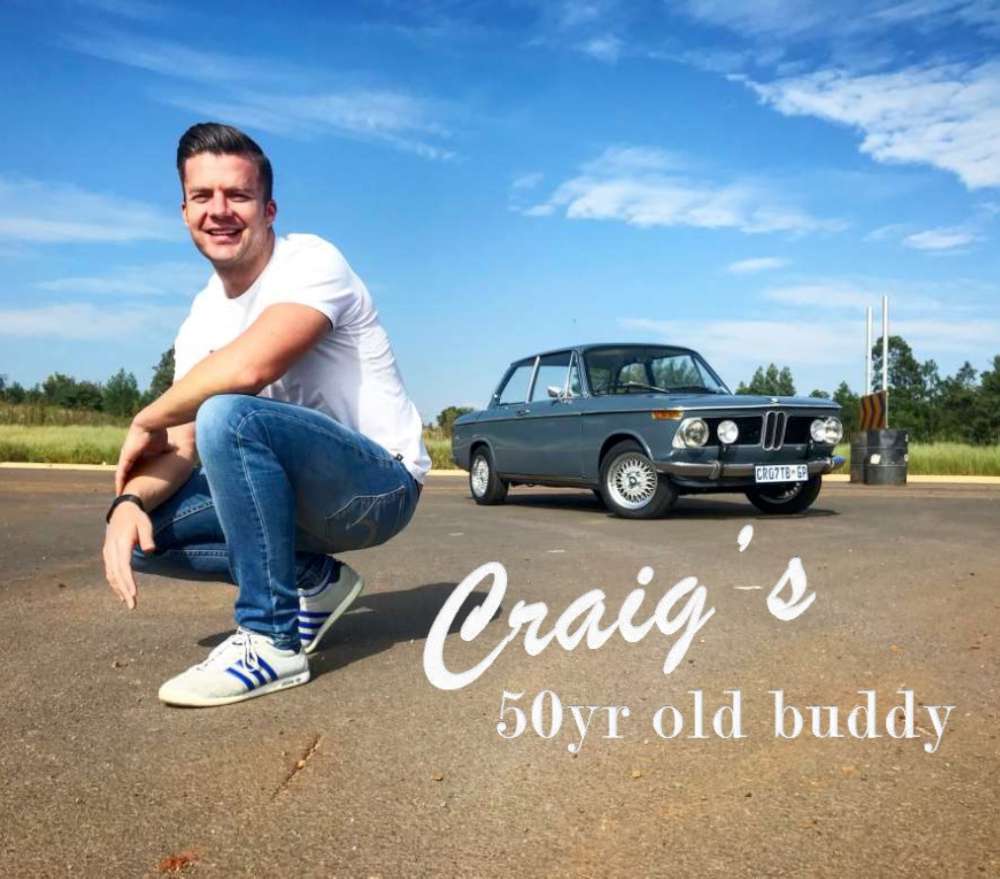 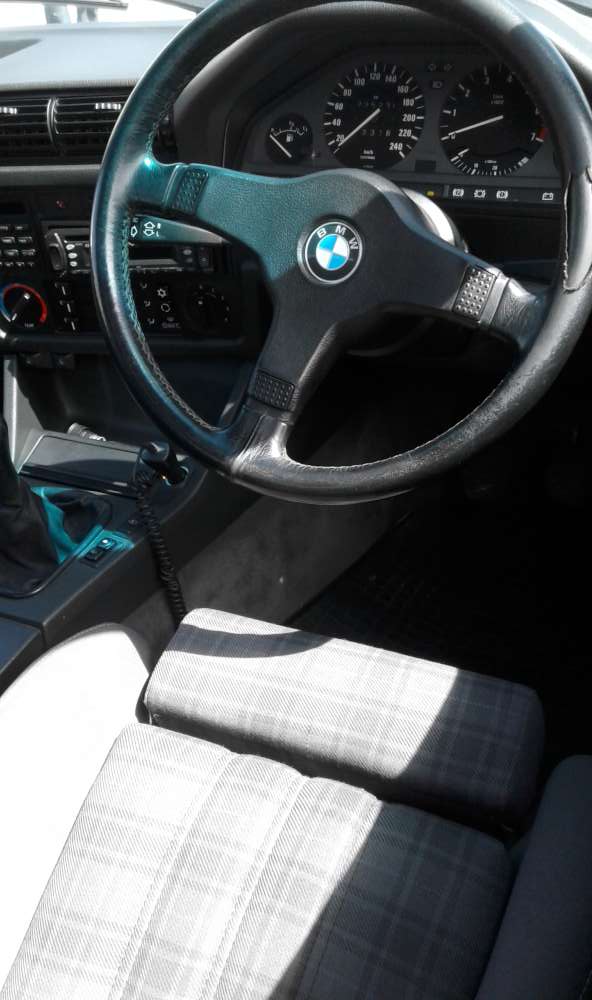 Talking and Driving 325iS with… 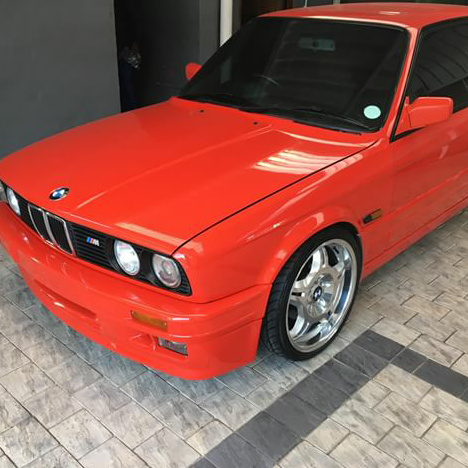 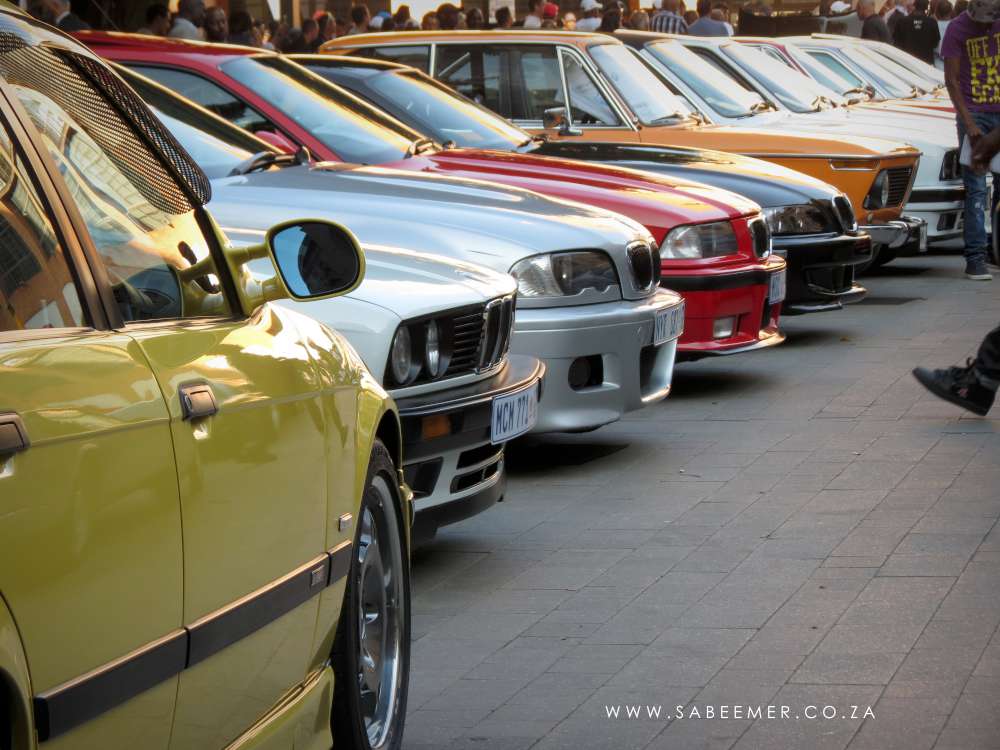 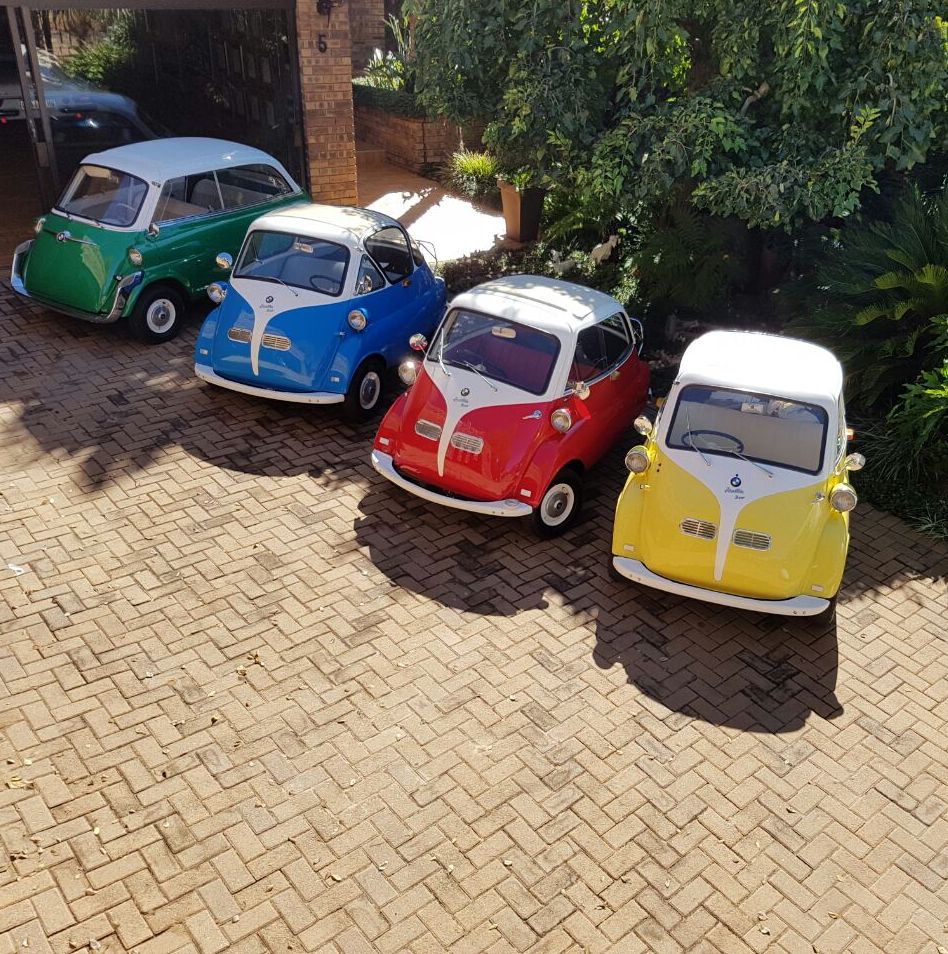 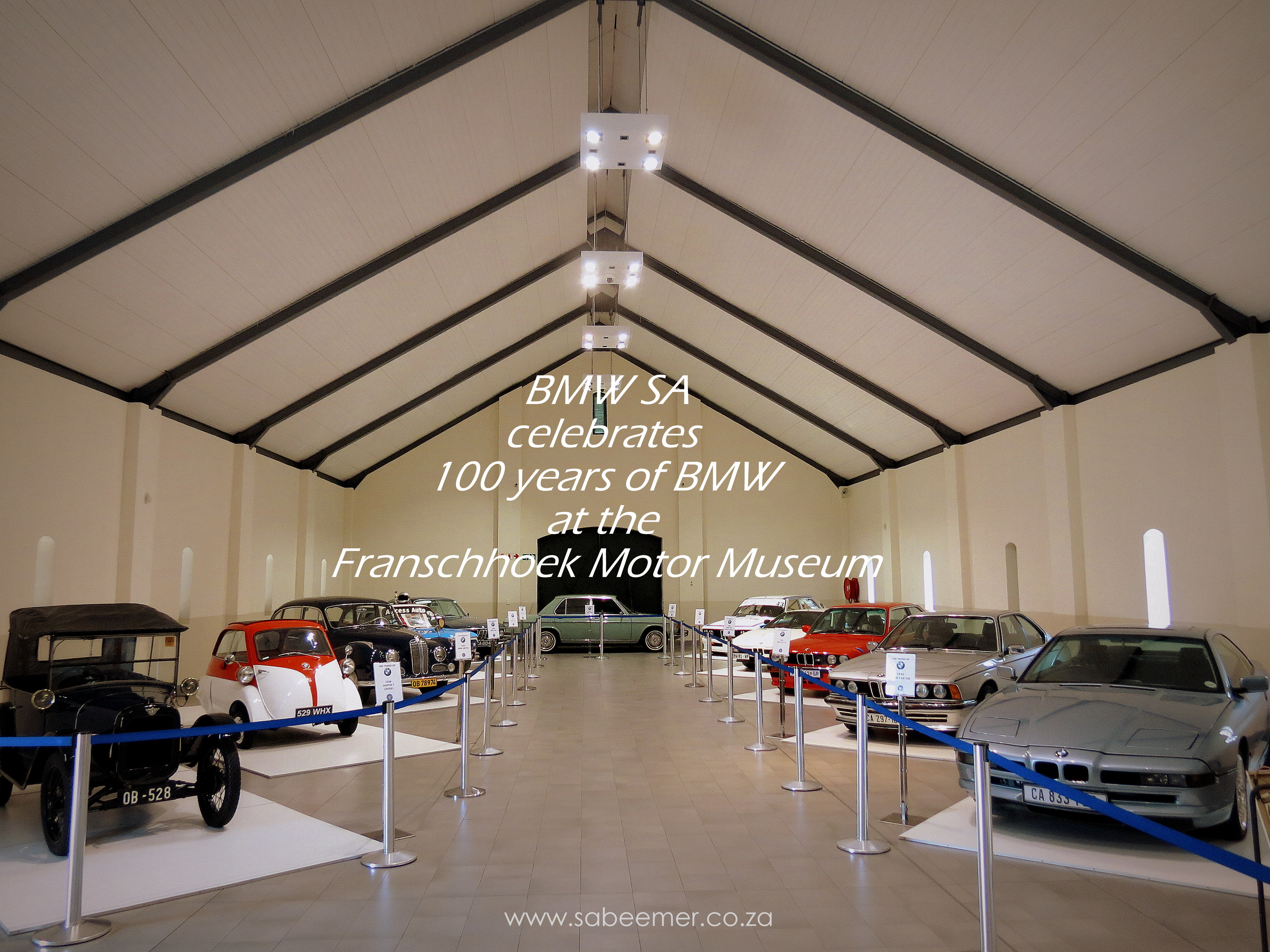 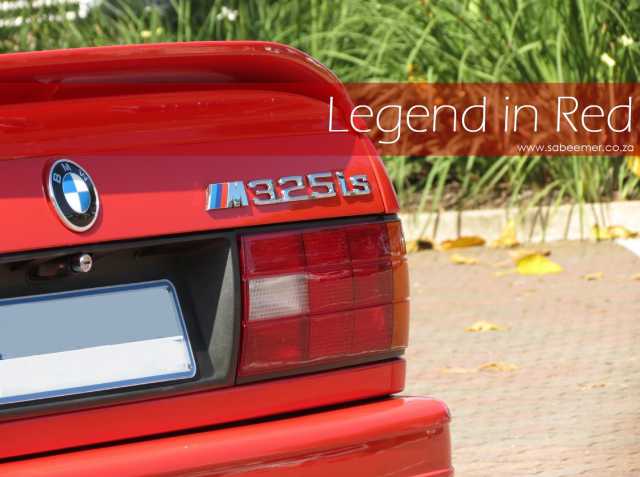 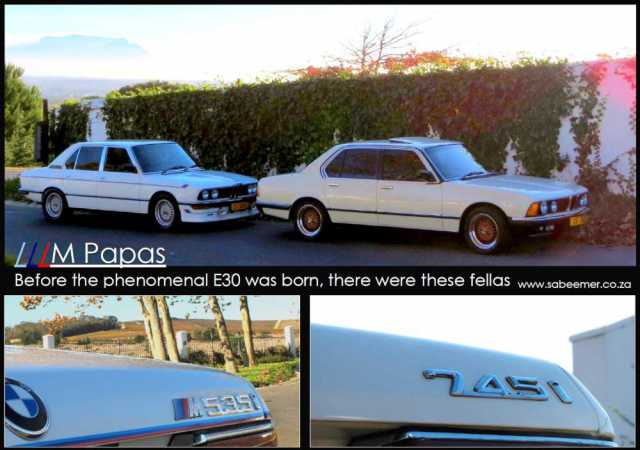 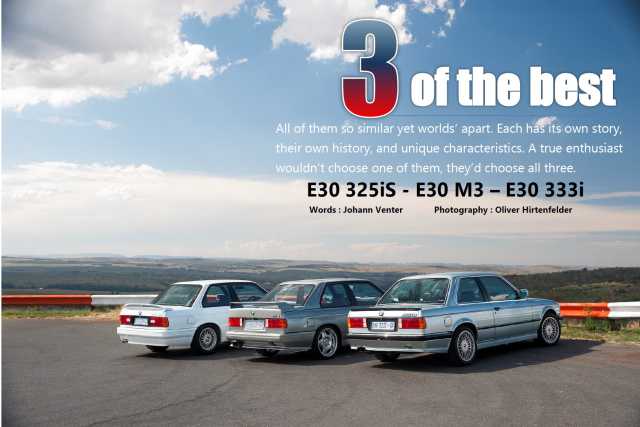 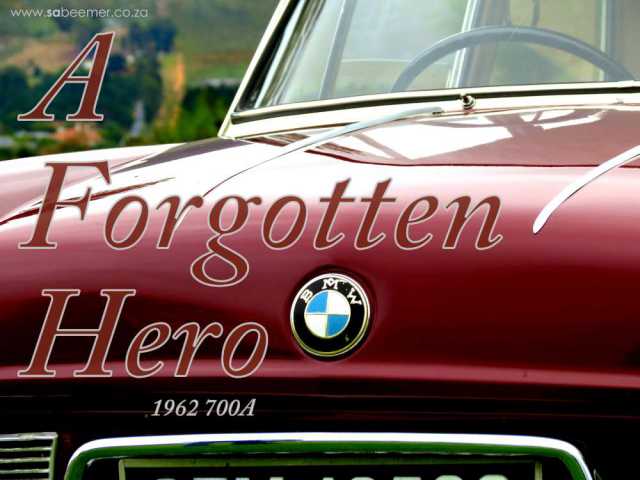