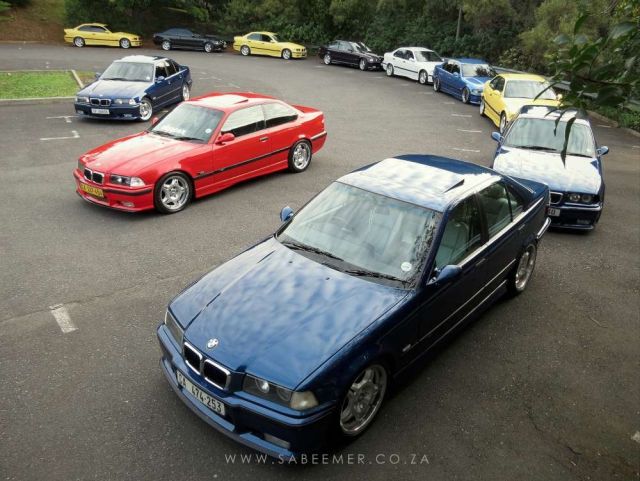 In 1994, South Africa had 2 of the biggest things to grace its soil.

One highlight was the first ever ‘free-for-all’ democratic elections that would allow every person (being previously disadvantaged due to skin colour) a chance to vote in the national elections.

The second highlight was that the M3 product, which at the time - was at its 2nd generation, would finally be on sale to the general South African public from 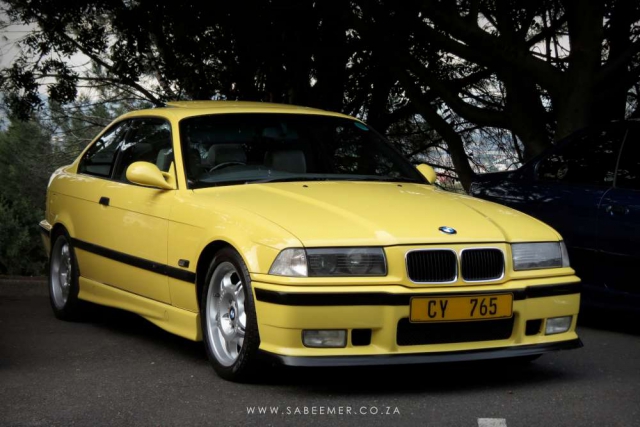 The 1st M3 in E30 form wasn’t produced in RHD -  therefore never offered in South Africa, so the E36 M3 was our first taste of this most successful sports sedan label. 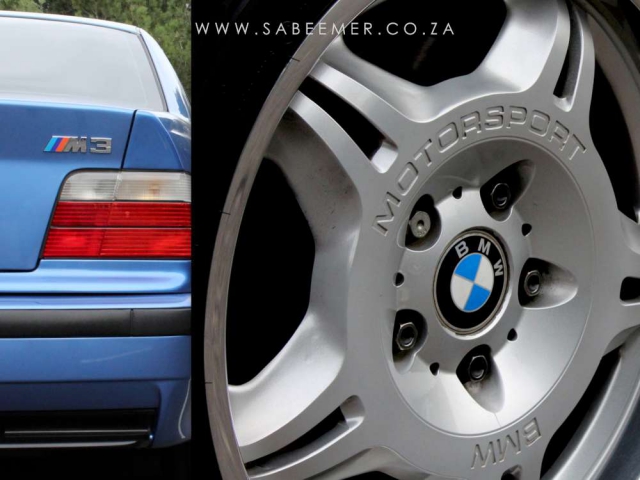 The E36 M3 certainly stayed true to the sporty credentials it had to live up to.

It was a revolutionary change from the 4cyl E30 M3.

Thankfully we were quite used to the straight six motor from the outgoing 325iS that the E36 M3 replaced here in South Africa. 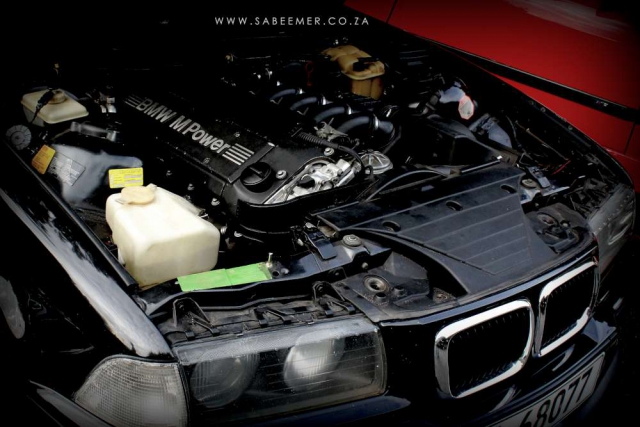 BMW M showed the world with this car in 1994 that it was at the forefront of the super compact sedan/coupe battle.

It could go head against sports cars which cost more than double the R210,000.00 launch price. 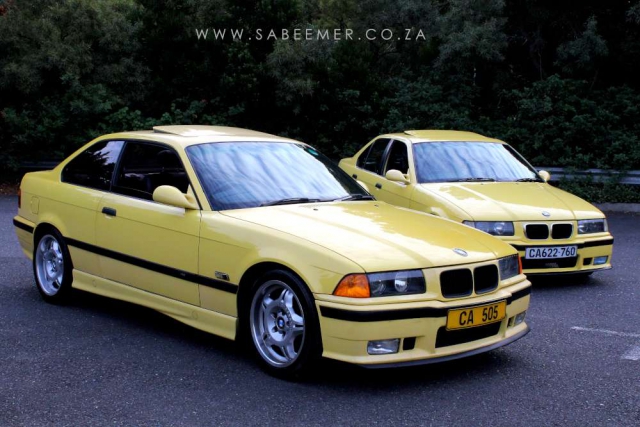 The process of clutch, gear change and throttle control had to be sharpened up to get a smooth drive out of the torque-y drivetrain.

But once all this comes into sync, the result is completely rewarding. 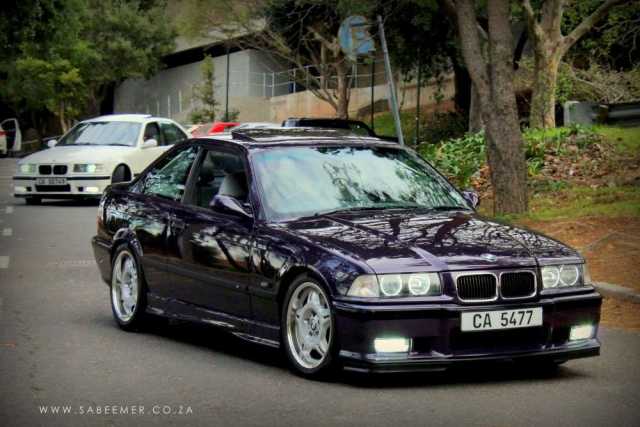 More on the technicalities of the E36 M3 here http://www.carmag.co.za/road_test/from-the-archives-1994-BMW-m3/

A fairly new club which started in April of this 2016 year, and already boasting a group of about 16 E36 M3 cars in the Cape area. 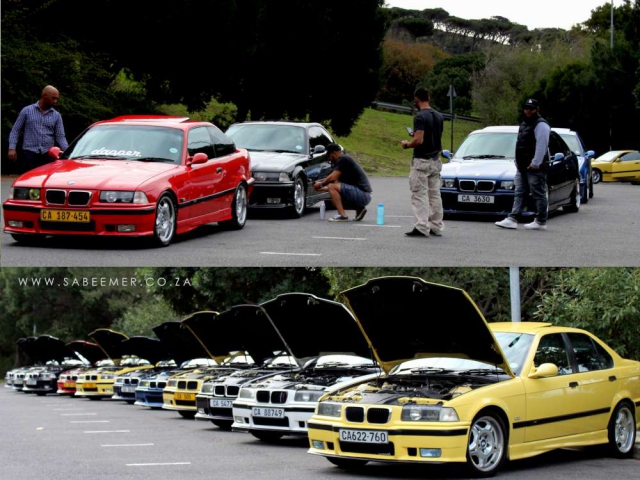 Armien gives us a small briefing on the club :

“The club was started April 2016.  A fairly new club with big visions.

Belonging to different forums I realised that non M3 drivers did not share the same technical knowledge as M3 drivers and there was a definite need to find like-minded people to share trade secrets with.

The problem though was that i couldn't find a club of this nature in the greater Cape Town area. This saw the birth of this club.

A Facebook page was created and within 2 months it grew to over 5000  followers.

Through this medium we were able to network and attract other owners.

We asked Armien as founder of the club to tell us a bit about himself : 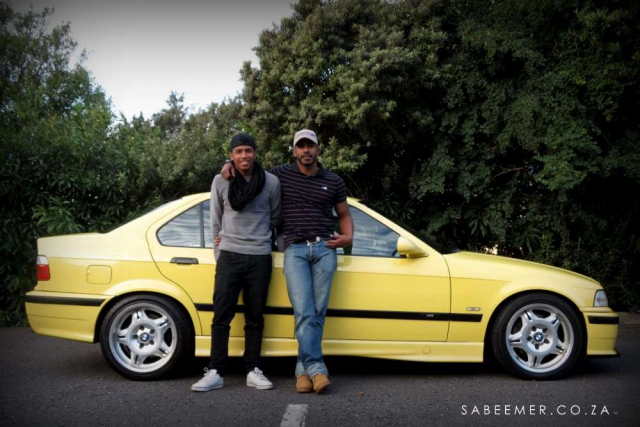 “A devoted husband and father of 4. My career started in retail and that's where I remained even though I hold my honours in a completely different field from the University of Cape Town. I've always been an active sportsman ranging from several years of surfing to playing winger for Schotcheskloof Walmers Rugby Club to being a qualified referee for WP Rugby.”

Armien drives the 4 door version of the E36 M3 which was launched a few years later than the coupe, and was upgraded with the 3.2l motor compared to the 3.0l which the coupe version was released with.

Armien tells us why he chose BMW as his preferred automobile :

“My passion for BMW started in my teens watching videos of the legendary Achmat 'Oeg' in action and being the first to drive in his E30 with a 535i motor (I can still feel my insides being relocated), - to cruising on a Sunday with my friends in a smoking old 535i in Sea Point  - all our pocket money went into the fuel tank, to my brother owning his first E36 323i and taking me for donut spins. Most importantly I was in an accident in my first E36 and even though the car was a write off, I walked away unscathed. At that point I knew the BMW was the best option for my family.

The best feature of my or any other popular BMW has to be the lines, character and sound of the M3 E36 as well as the 325is. Most importantly the safety features is a huge draw card for me.

My car is completely factory standard as I believe stock is the way to remain for these classics, less is definitely more in this case. 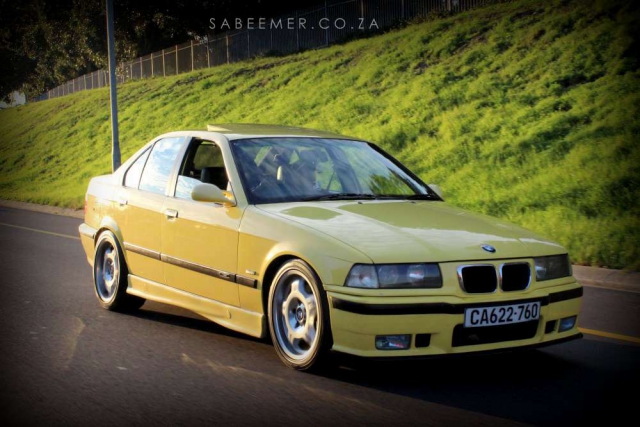 My next BMW would definitely have to be a 325is in Henna Red (and don't forget it needs to be stock).” AD

Getting back to Club, the members are from different corners of the Cape Town region from Tableview to Wynberg to the Northern Suburbs.

At the moment the club operates from various locations. 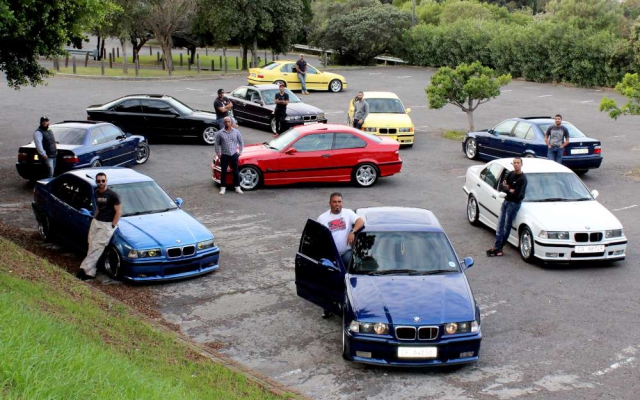 Their goal as a club is to “be recognised as a serious club by the greater BMW community. The main purpose for its existence besides the networking options is to give back to the community. We would like to be more involved in community outreach programmes and corporate social developments and we've started to advertise our services.”

“So far our Club achievement has to be being featured on SABEEMER. Most definitely!!! 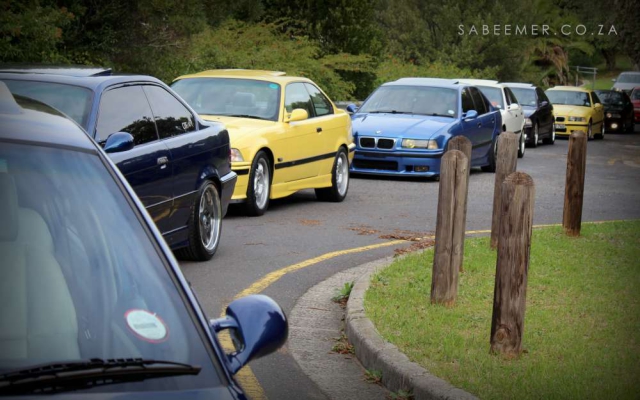 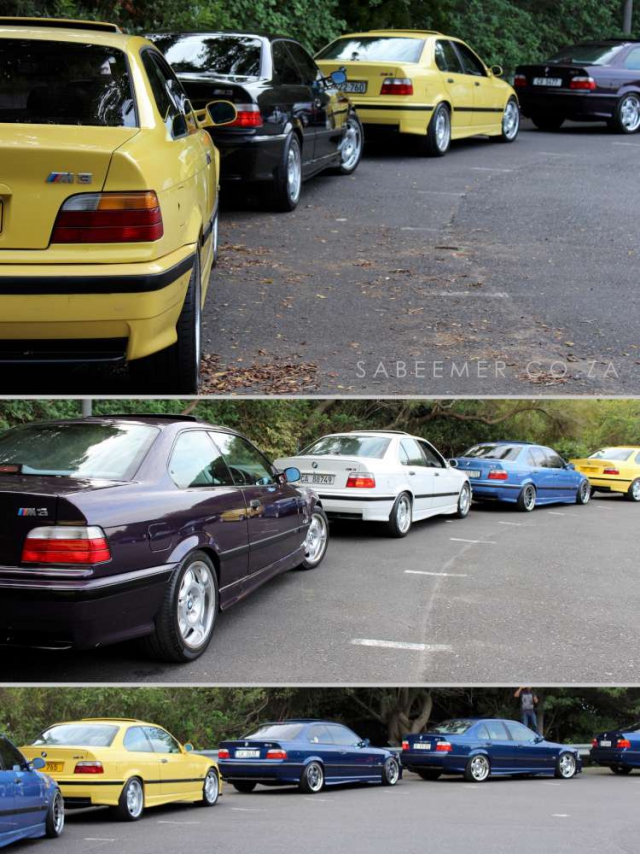 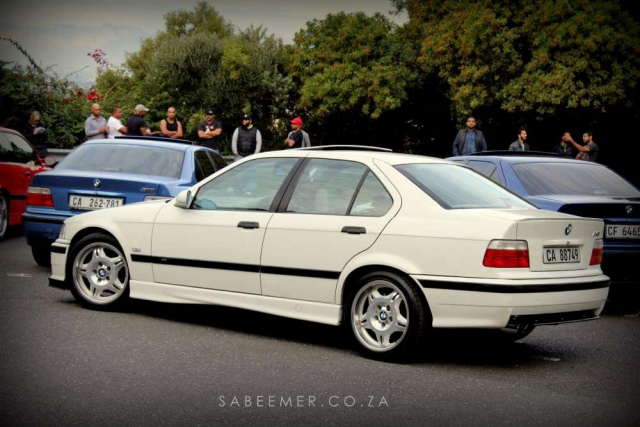 We asked the club members individually what they thought of the E36 M3 as a car that is now over 20 years old.

“It’s the official 1st M3 we have. It is unique in every way” 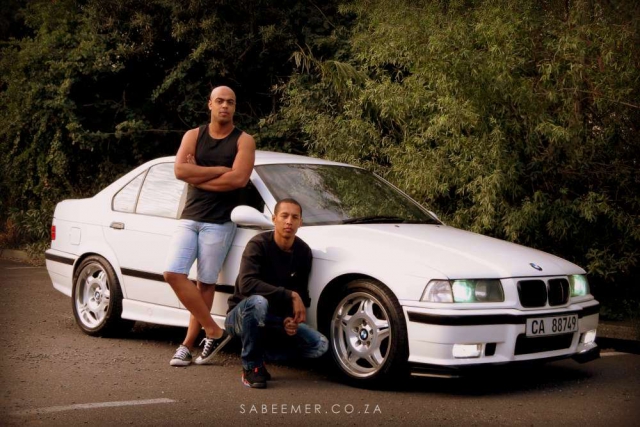 “The power of car and its a N/A motor in that year and is still on paaa with the new turbo cars of today making 238kw stock and 1/4 mile time 13.1 stock that's impressive.” 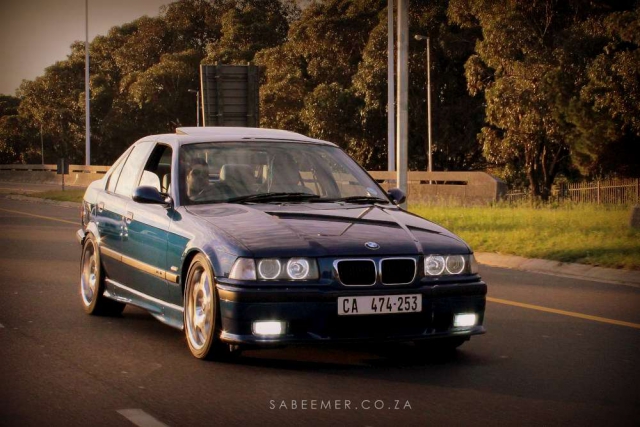 “Besides it being a collectors and BMW enthusiast dream car, it’s a solid built car in all aspects design, sound and power, might I add pure M power when you need it any gear. I mean just look at it... It’s an untamed beast.” 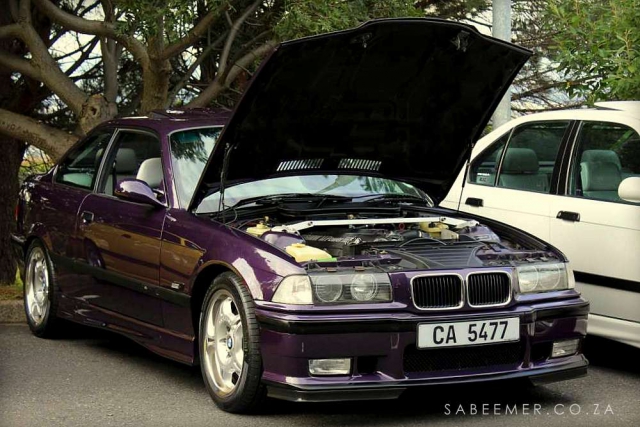 “The technology it has, the design, it's a pure drivers car.” 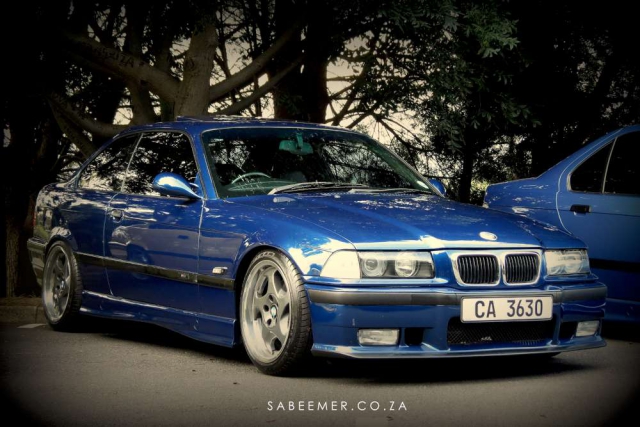 “The performance. And the way it makes you feel when u drive it.”

“So what makes my eyes pop, what makes the hair on my skin raise up on a M3 but what in particular does the E36 stand out too me ?...BMW has always been a car of style, sport and comfort. That being said the E36 is always surprising with its handling. With stock suspension it really holds flat on a track day but one thing BMW has always been known for in their ///M range - is the crisp smooth sound of the exhaust be it stock or modified. It is always a head turner but the looks of its time is well advanced as its aero-dynamic style suites the car be it in many different forms from the German-spec to the GT-spec.

Looks are always in the eye of the beholder and the BMW signature eye-rings always compliments the BMW range. But the best of all is the structure of the BMW chassis. Yet alone the Motor which being the M range you can’t do much but once you work on it just a little bit it surprises you in many ways from spending maybe R20K to run with a 13 year old older car it puts that bike smile on your face that not even Colgate can compare to haha .

But the two key components of the 36 M is always and will always be its ‘Balls To the walls’ Diff and its great white type of grunt fighting Gearbox. Over-all the E36M will always be the car for looks and performance and it is known for its bass like exhaust tone as opposed to its younger brother the E46 M which has a different crisp exhaust tone.

The E36 will never grow old to me. If i have to leave my car for my kids, this will definitely be my child’s first car as it was mine.” 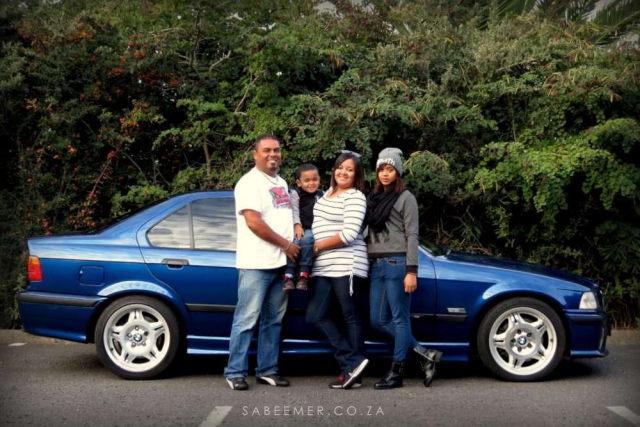 “It still has value and very popular. And still is a 13 sec car on the track. Some days it’s even quicker.”

“The original leather smell that you still get every time you get into the car.. it smells like quality” 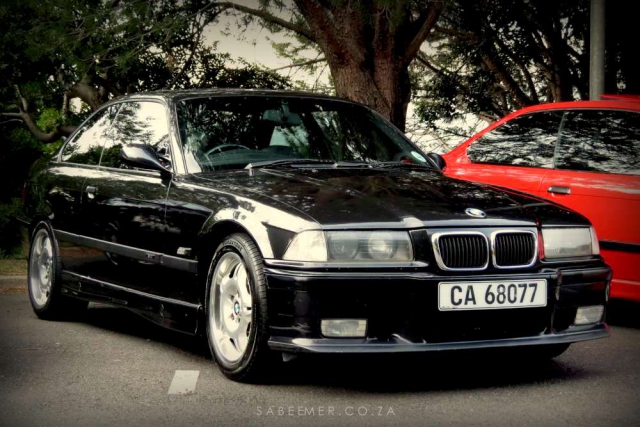 “In my opinion the car and it's technology was ahead of its time. It has nice crisp lines and is a head turner no matter where you are. The performance engine and gearbox gives you a real racer feel and has this unrefined brute power that makes you understand that you are not always in control”

“Not only the performance, but also the styling of the E36 M3 still competes with modern sports cars, the ability to keep up with certain newer models - On and off the track. It's still a true enthusiast’s car.”

“Well I would say it's definitely the handling and power and for the time it came out that was the car to beat or compare to because if you could win an M3 E36 then you know you had a fast car. And in today's standards a good example will still be able to stand up against the best and it is more of a driver's car than a computer. Oh and the aesthetics of the E36 M3 is definitely still sexy – 20 years on” 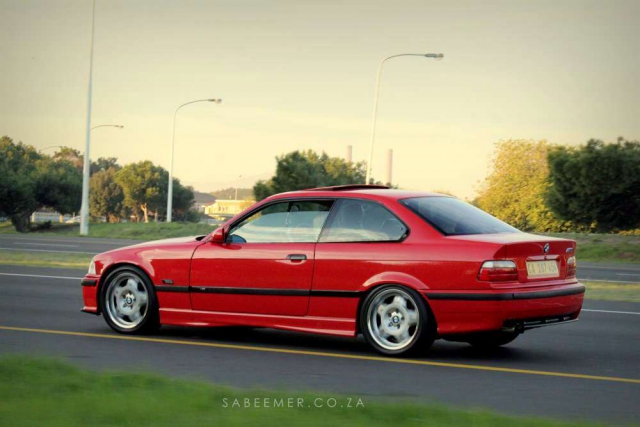 “It is the last mechanically functioning M3, and possibly the last mechanically functioning 90's cult car too. The S50 motor was also very plausibly the last bulletproof power-plant put out by BMW. Anything hereafter, has proven to be very temperamental. That combined with sleek lines, that hadn't really been prevalent prior to the early, to the mid -90's. Aesthetics that are every bit as pleasing, twenty three years on, as what it was in 1993.”

“The fact that it is that old, it has no electronic driver aids, and still keeps up with - or even thrash it's modern equivalents. And not to mention, it is probably one of the best ''driver's'' cars ever made.” 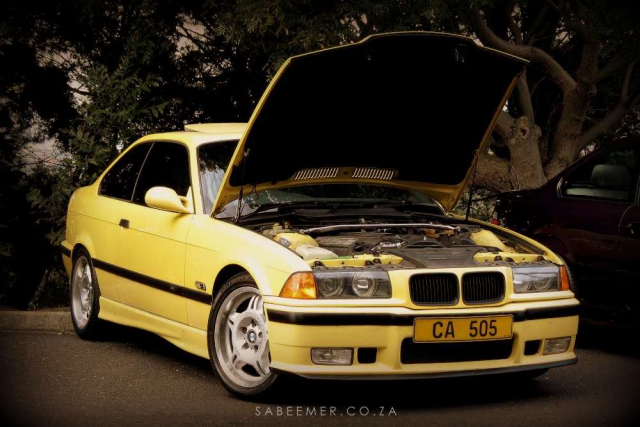 “20 years on and it is still the basis for comparison, your car and be making ridiculous power and figures like 300kw mean absolutely jack shit to the average on the street but tell that same guy that you manage to sit on the back bumper of an M3 and he will know exactly what you talking about, and that is only because its’ an M3 and nothing else.” 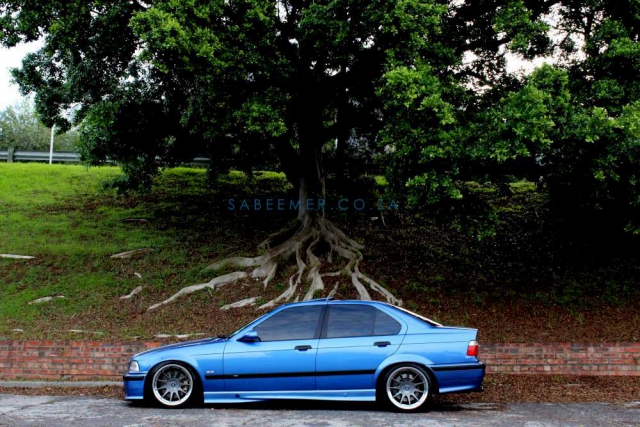 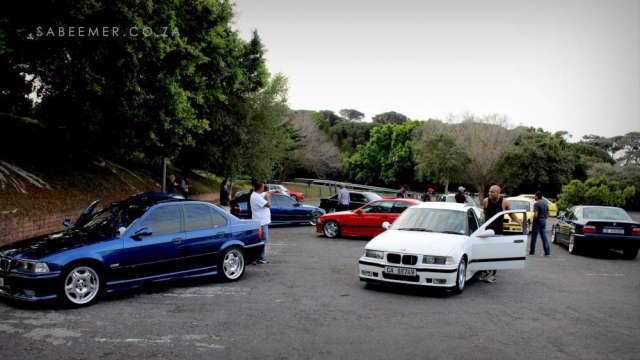