The Free Dictionary defines a Classic Car as “a car that is more than twenty-five years old”, which would mean today anything pre 1988. I was always of the opinion that Classic Cars were of an age 30 years or more.

In this feature we showcase a car built in 1981, 32 years ago. So whether you conform to the Free Dictionary or to my opinion, this is definitely a Classic. Truth be told, even if you did not know the true age of this vehicle, then by mere sight alone, you would be convinced that this is a Classic Car. 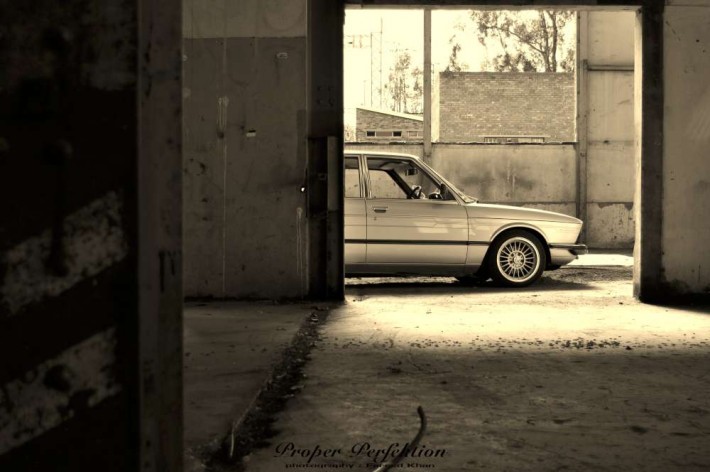 In this last year especially in South Africa, the E12 5er BMW has become a sought after treasure. And in some instances – it has even become like a treasure hunt. We have also learned that the demand is quite big in the UK too. Clean rust-free examples are becoming scarcer by the day.

E12s possess a certain charm. Its looks are simple yet classy. The collectors of E12s are the type that wants the recognition of being a true enthusiast of the BMW label. It was the start of a new chapter in the books of BMWs history. Our good friend and 530mle owner (also featured on this site) Klaus Wiehl sheds some light about the history of this range :

“….in March 1974 the new E12 5 Series was launched in S.A. ( E12 production had already commenced in Germany in 1972). The first CKD (Completely Knocked Down ) car to roll off the local assembly line was a 520 Manual, and by 1975 the range had been expanded to include the 525 and 528. BMW’s gamble to persevere had paid off; sales were on the rise as South Africans took to the 5 Series with great enthusiasm.

Late 1975 saw the launch of the 518 at an elaborate affair held in Swaziland. Although much admired as the “economy” 5 Series” 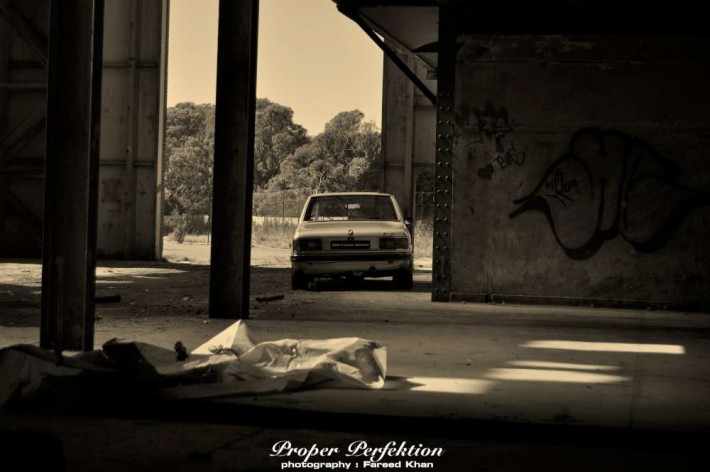 E30 BMWs will always be a true icon, but it’s becoming both common and rare at the same. The E12s are about rekindling the glory days, showing that icons were around before the E30, and that the E30 had some big Stars to thank. 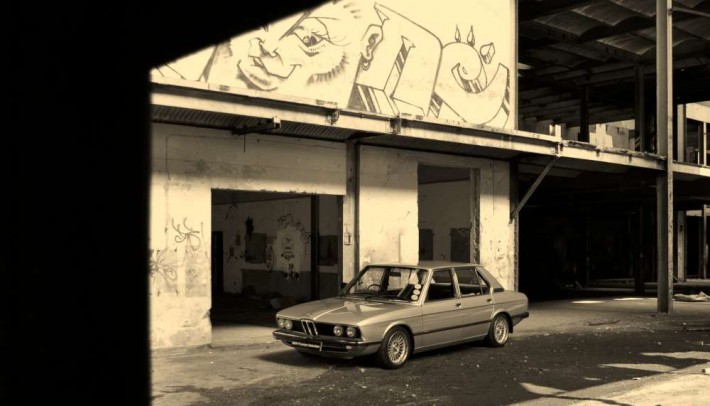 This E12 518 belongs to Mohammed Rassool from Johannesburg, and he owned it for just over 2 years now.

The mileage is 63 000kms, and it is in excellent condition. 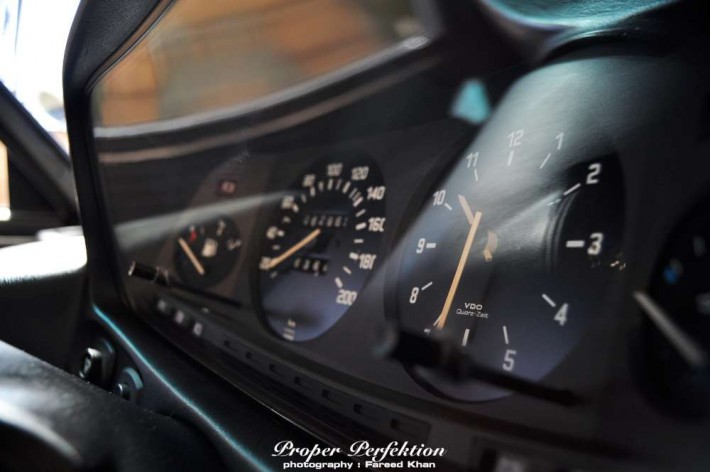 He bought the car stock standard due to it being a classic and he wanted to keep it original. All he added to the vehicle is a lowering kit, 16" Original Alpina Wheels (open lug) and the Alpina stripes, not just any type of pinstripe with Alpina stickers pasted anywhere, the real deal. 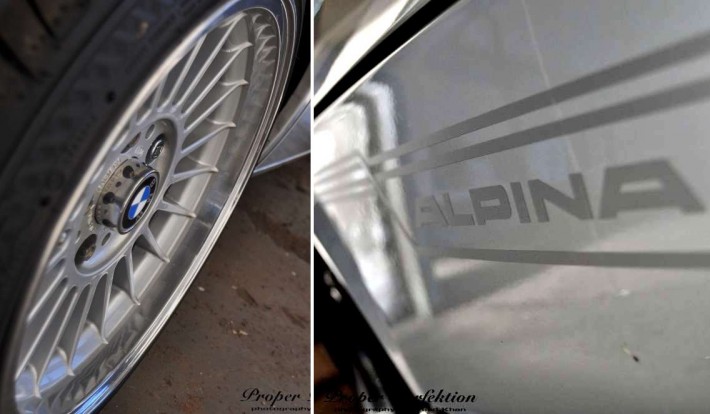 And that was enough to turn a handsome classic into a neck-breaking one. 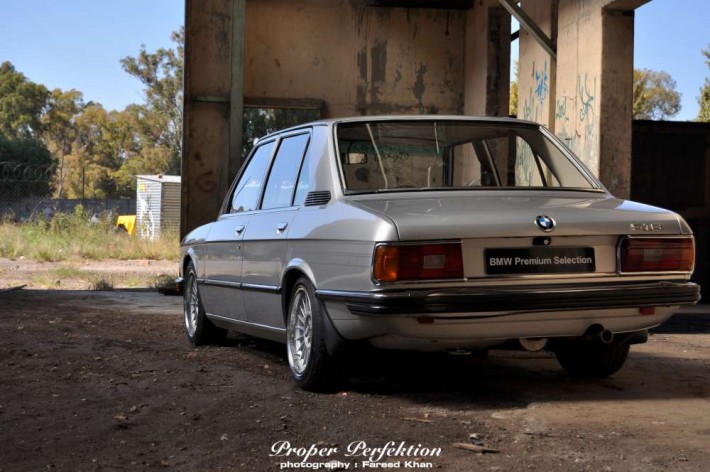 This car in its simplistic beauty has plenty of show.

At the recent BMW vs VW Show-Off showdown, I gave myself the burdening task of selecting a BMW to award the ‘SABeemer Award’ for Best BM at the event. I was pleasantly relieved when this car pulled up because it made my selection process a ton lighter. Deservedly, it then won the prize.

And to those who might have thought of posting an offer on the car, he has no intention of selling. 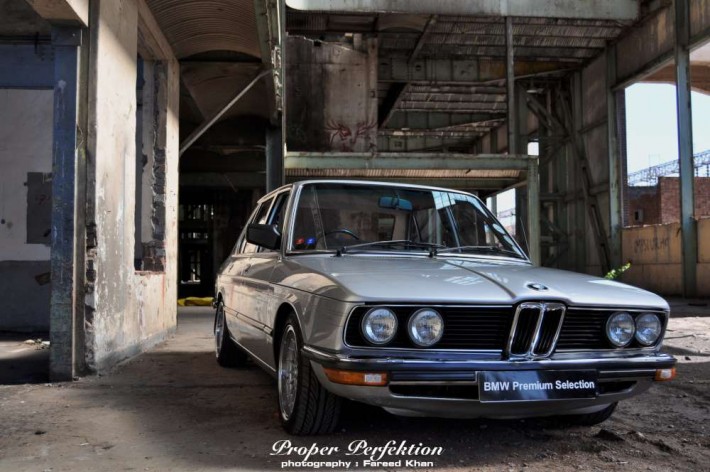 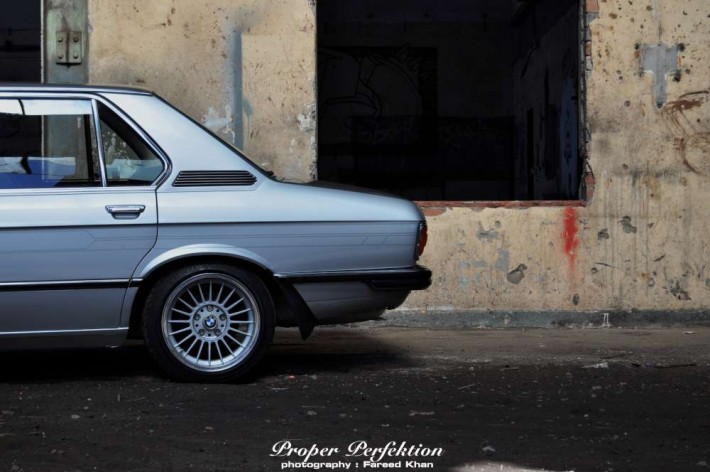 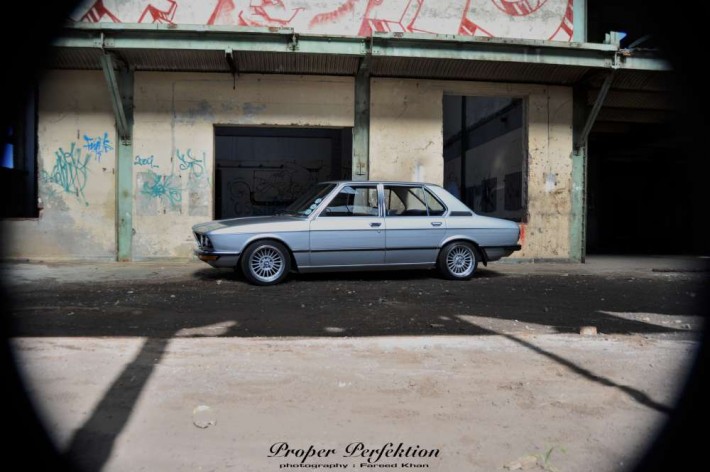 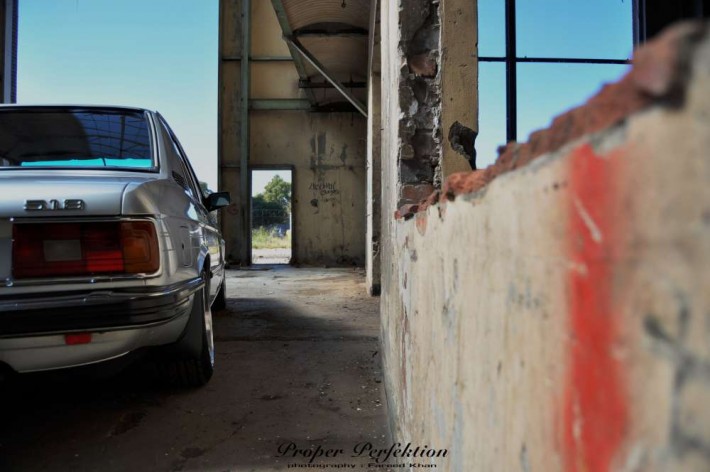 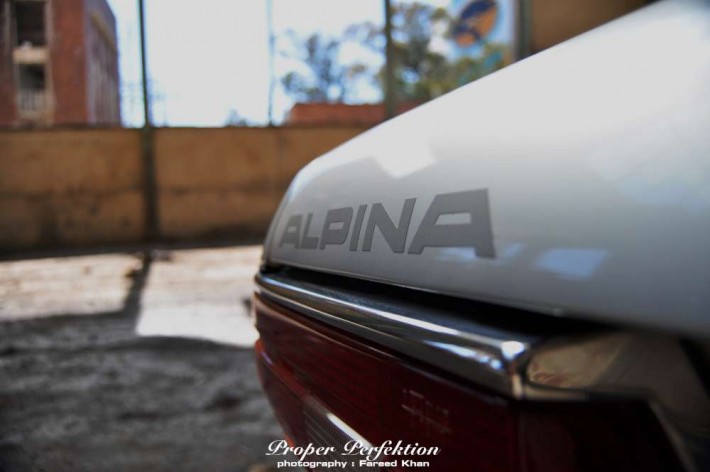 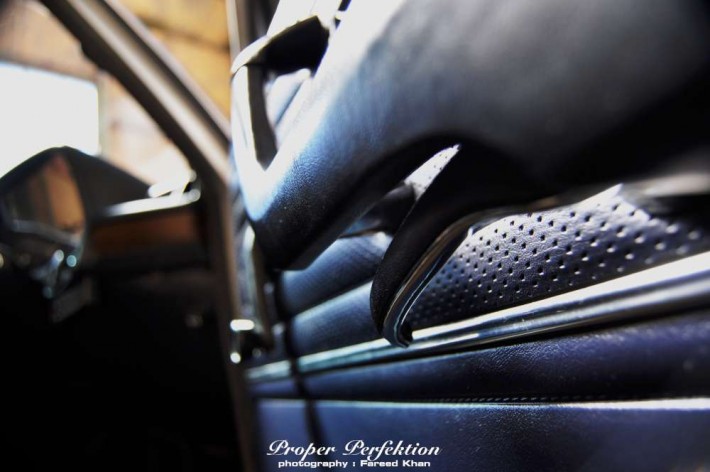 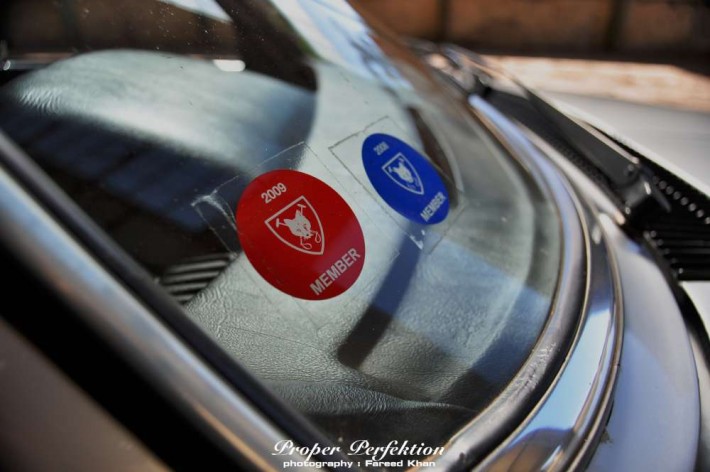 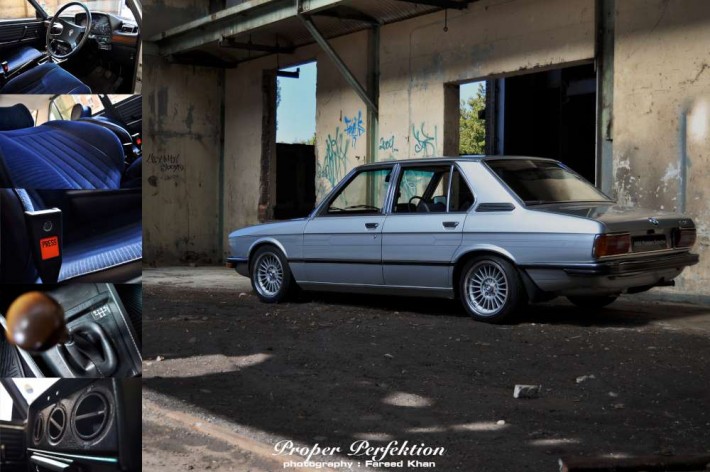 Mohammed is a devoted BMW enthusiast. His crazed passion started at an early age.

While growing up, his dad worked for JSN Motors so he grew up having BMW vehicles around him all the time.

He has had a total of 9 BMWs in throughout his time, and they are : 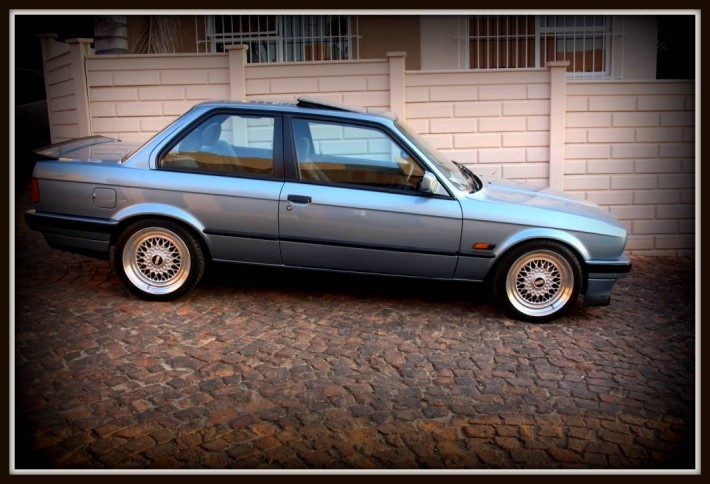 All of the above has been sold

Currently he owns these: 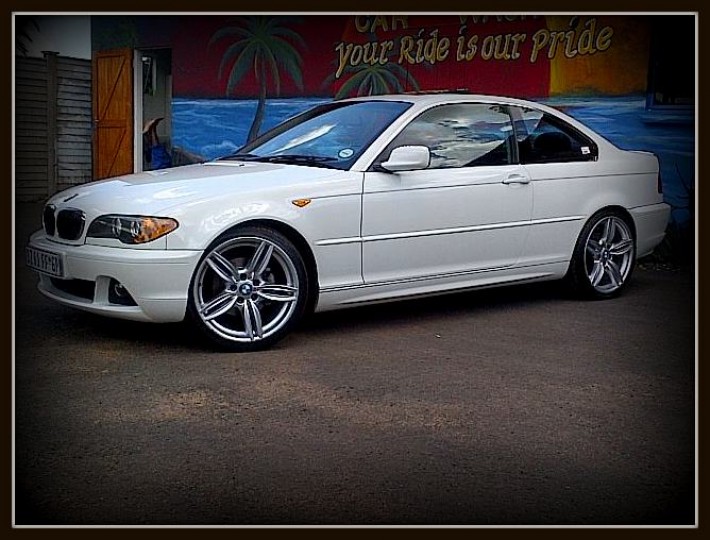 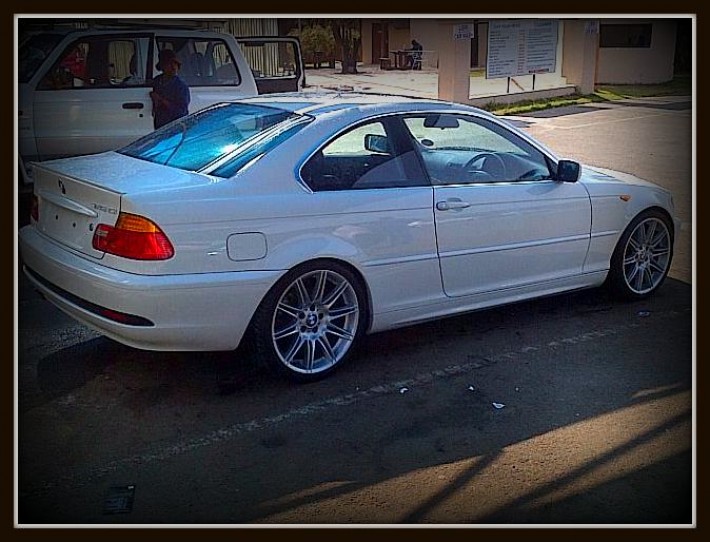 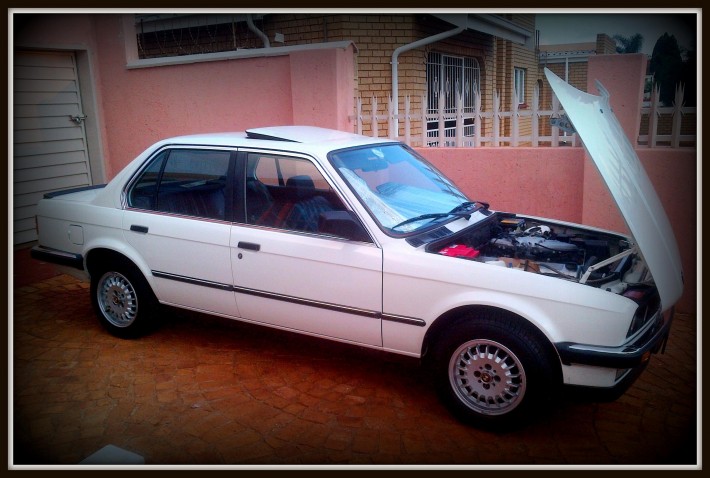 When asked what his favorite BMW and characteristic of any BMW is, his reply was “Definitely the E30 and the sound of that car. No new BMW can come close to the tone of an E30”

How do I get hold of Mohammed Rassool,the owner of the immaculate 518 e12. I own a 518i 1983 model my contact number is 0742925705 or 0824583531
By: Regan Merckel Posted on: September 10, 2013, 11:19 pm
Very good blog! Do you have any hints for aspiring writers? I'm planning to start my own blog soon but I'm a little lost on everything. Would you recommend starting with a free platform like Wordpress or go for a paid option? There are so many choices out there that I'm totally confused .. Any recommendations? Cheers!
By: Suzanne Posted on: September 2, 2013, 10:18 am
Hi there Dear, are you in fact visiting this website daily, if so after that you will without doubt get pleasant experience.
By: Dwayne Posted on: August 22, 2013, 5:36 am
You need to be a part of a contest for one of the most useful sites on the internet. I am going to recommend this website!
By: Rosetta Posted on: August 22, 2013, 5:36 am
Flippen good beemers!!!well done brother got some priced collection of cars!!
By: ammith Posted on: July 11, 2013, 7:58 am
I absolutely loved this article. It ended way to soon. Well done Mr Rasool and SABeemer... Can someone please tell me where these images was taken. More articles please!
By: SA Beemer FAN Posted on: May 22, 2013, 11:47 am