You’d drive right past if you didn’t know it was there, there is not even the slightest hint that this is the detailing facility of Mzansi Auto Finishers except for the sign on the wall. But don’t let this non-descript setting fool you, these guys have put the finishing touches to some serious metal, including Ferraris, Porsches, Lamborghinis, BMW Ms’, Mercedes AMGs’, Range Rovers and Jaguars to mention but a few. Don’t despair, they will clean and detail anything that moves old and new, two, three or four wheels, if it’s your pride and joy they will take care of it.

I met Nazir aka Kapi, one of the owners at last year’s BMW Car Club Concours through his uncle Yusuf, whom I had gotten to know through our shared passion for 2002s’. Kapi was quite impressed with my 540; what intrigued him even further was that it was the only manual brought to South Africa in 2003, in fact, it is one of only six manuals brought in after the facelift in 2001. To add to the vehicle’s provenance, it was originally owned by BMW SA code named Z000 (pity it was not 007) and serviced at the Rosslyn plant. Kapi wasted no time in letting me know that my car deserved the attention to detail only Mzansi Auto Finishers could bestow upon it.

I’d never heard of them, but it is a business that has been on the go for the last fifteen years. Originally Bilaal, the other owner, who I also met at a BMW event, not realising he was Kapi’s business partner and cousin, ran the outfit on his own while Kapi ran his own vehicle cleaning and detailing business in Fordsburg. Eight years ago the cousins joined forces and Mzansi Auto Finishers was born and has built a reputation of distinction, as one of the detailers in South Africa. Not without reason, these guys have a strong following with Porsche enthusiasts from within and outside of the Porsche Club. They have helped Porsche owners prepare for the annual Porsche Concours and for the last five years have ensured top accolades for five different owners at the event. Porsche owners are not the only ones that have benefited from their detailing skills and expertise, several BMW owners have also achieved distinction at the BMW Concours over the last few years. Mzansi Auto Finishers also services Exotic Cars, specialising in premium high end motoring and Freeway Toyota who have won the best Pre-Owned Dealer award for the last four years running in part thanks to Mzansi Auto Finishers. Even the two biggest names in South African soccer, Orlando Pirates and Kaizer Chiefs ensure their cars are kept looking their best by enlisting the services of Mzansi Auto Finishers.

Enough said, how good are they really and what do they do? I received strict instructions to have my car at their premises by seven thirty on the day it was to be detailed. At two o’clock that afternoon Kapi phoned and offered to pick me up instead of me fetching the car later that evening; he wanted me to appreciate their work in the daylight. When I arrived at about three thirty they were still busy putting the finishing touches to the car, so it gave us time to discuss the process the 540 had been put through.

There are several cars at various stages of the detailing process, my attention is immediately drawn to this diamond black Porsche 997 Turbo S, complete sensory overload, especially when it pulls away. But the Porsche saga does not end there, a white 2013 Cayenne S has just been finished, it looks so tempting while it sits there waiting for its owner to arrive. Before Kapi and I start chatting a white F10 M5 pulls out of the wash bay, it sounds glorious with the full on Akrapovic performance exhaust.

Kapi makes it clear from the onset that they use a glazing technique, when detailing, as opposed to buffing which weakens the paint as this process removes layers from the paint, moreover the effect from glazing lasts longer and does not thin the paint. He goes on to explain that they use a two stage process, the first removes swirl marks and small imperfections, the second produces a flawless shine that will last for at least fifty washes. 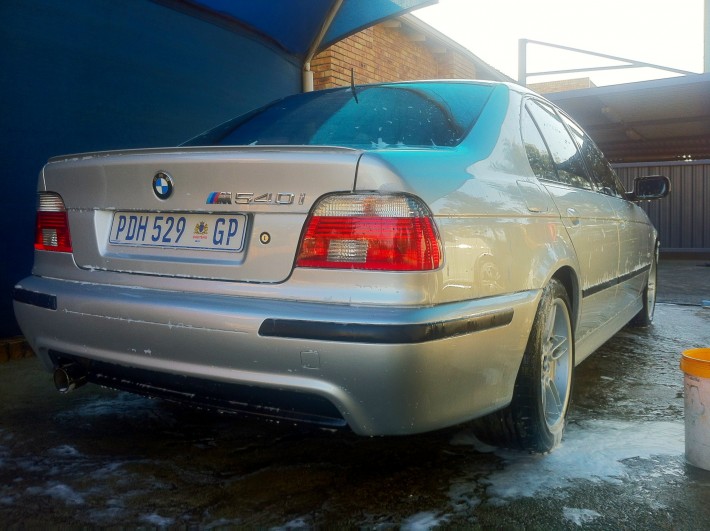 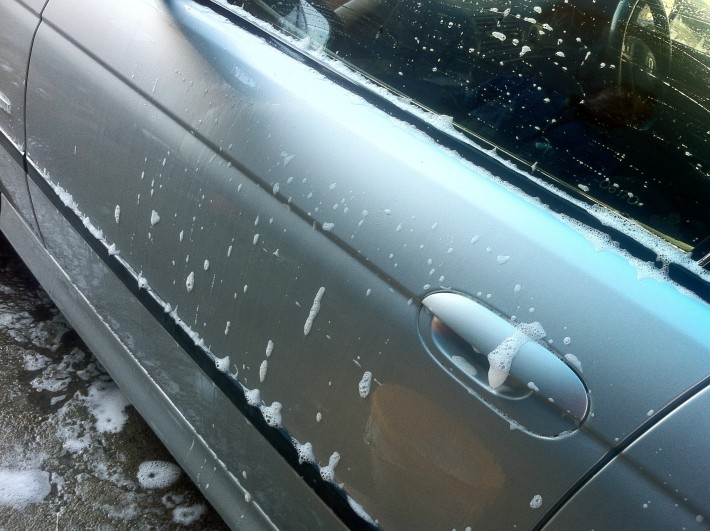 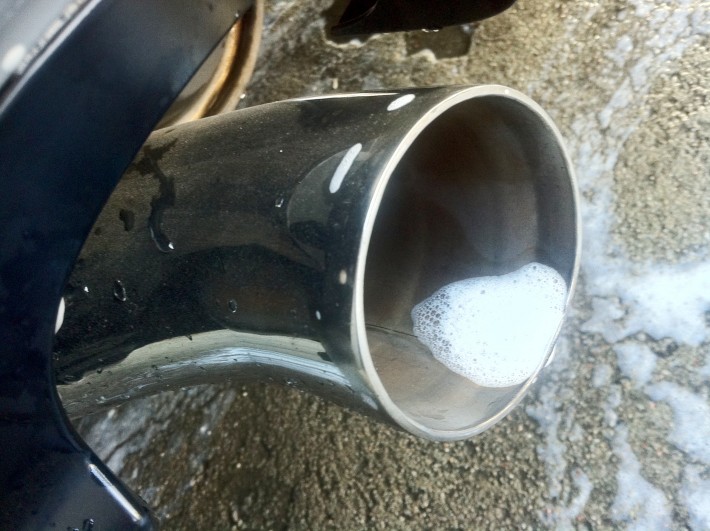 First up all the grime is removed from the body, wheels, discs, brake calipers, hubs and exhaust as well as from the engine bay. Secondly the car’s plastic components such as bumper, spoilers and mirror covers and glass are clayed down with Car Shack clay, (from Barnum, Minnesota in the US) Kapi prefers Car Shack clay as the extraction process is near instantaneous. Next the interior gets detailed, the carpets are cleaned, the leather (including door-cards) is cleaned with a dirt extraction liquid that requires no water - this process includes the stitching. The leather is then treated with a matt sealant, the rails of the seats are also cleaned and even the back of the pedals are cleaned. All plastic components are cleaned and sealed with a matt finish, all door rubbers on the frame and doors are treated with BMW Rubber Care. 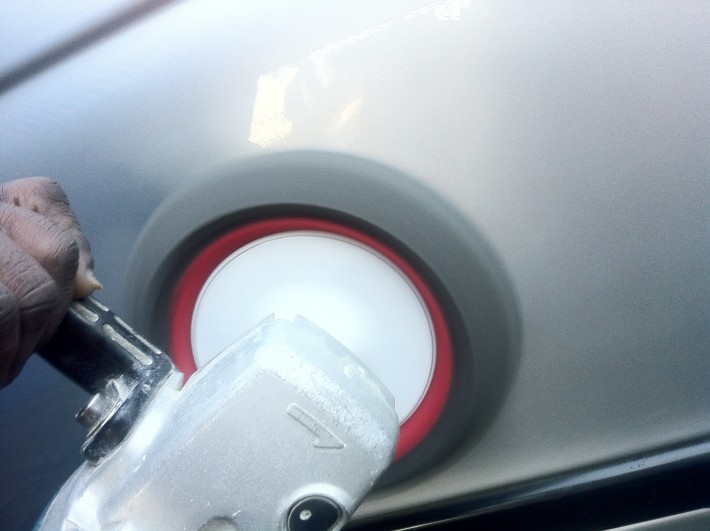 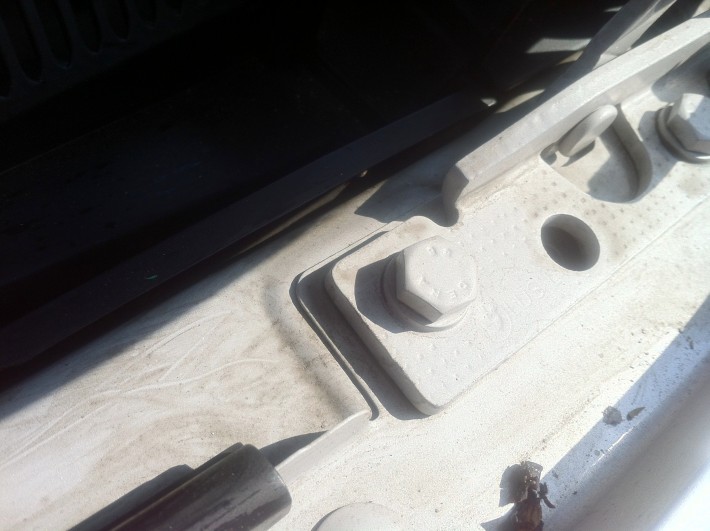 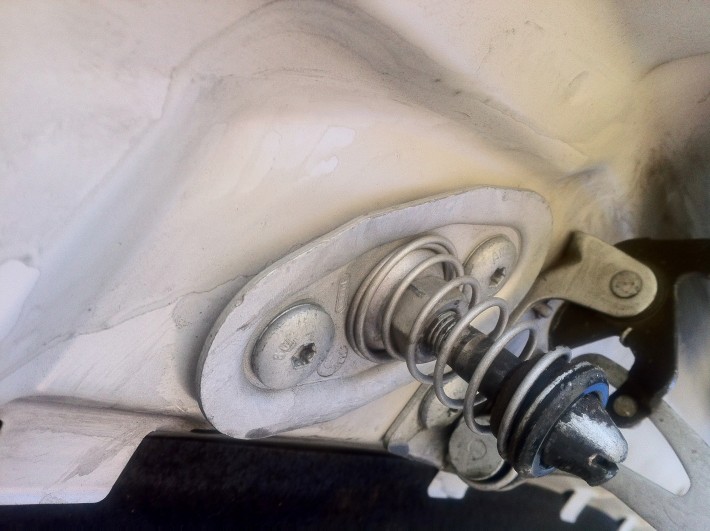 The first glazing process is then applied removing light scratches and other imperfections as well as bird droppings, roadkill and tar. The second glazing process then ensures that the paintwork is sealed, the wheels are then machine polished and the car is then sent to the wash bay again and washed with a special shampoo and distilled water to ensure the sealant is not removed. Glass cleaner is then applied to the windows and pure carnauba car wax is applied to the exterior by hand. Finally a gel is applied to the tyres instead of spray as Kapi indicates it has a longer lasting effect as opposed to spray.

So what were my impressions? I entered my car into the BMW Car Club Concours in the Show and Shine category last year and prepared the car myself, except for the interior and engine which was done by Variety Steam Cleaning Specialist. I managed to secure third place with a week’s work. For the most part my car is cleaned by myself and for a ten year old car it is very well kept. What completely blew me away was the finish to the paintwork, the car looks so much brighter with a silky smooth finish and you can virtually eat off the engine - it has never been cleaner. 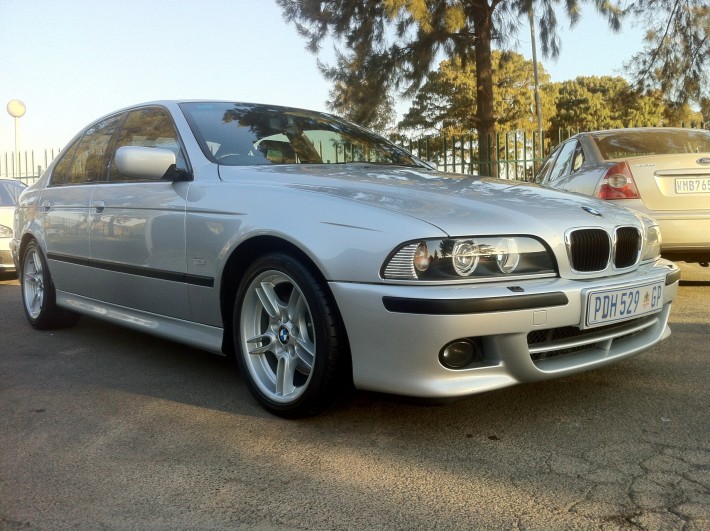 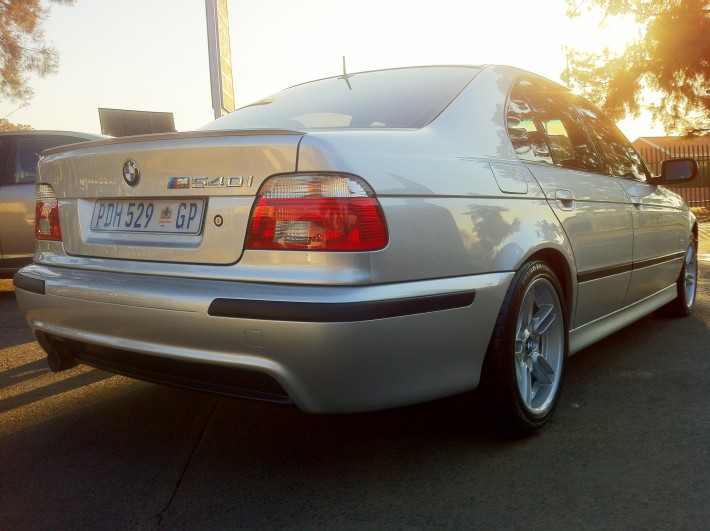 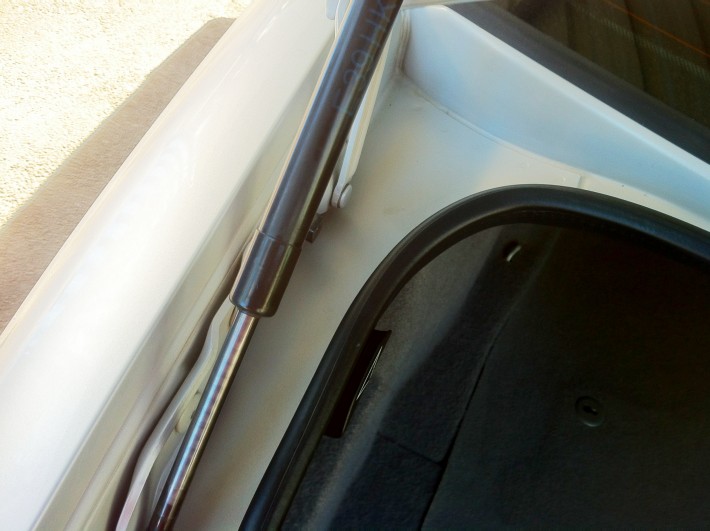 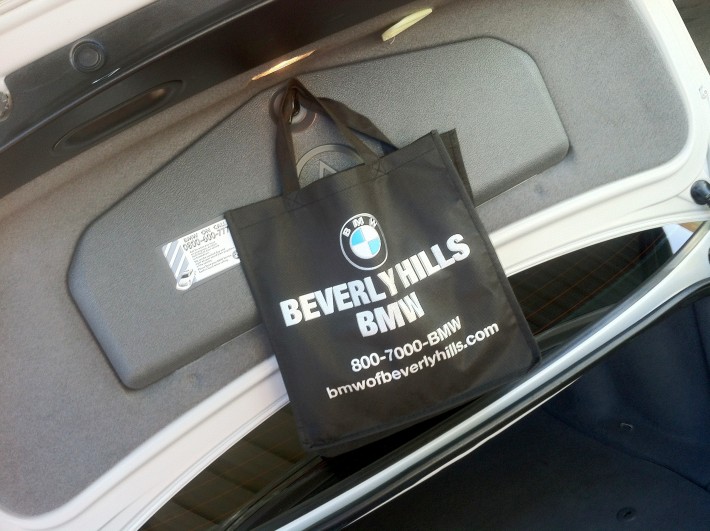 I also like the way the plastic covers on the inside of the wheel arches have been finished, and don’t get me started on the exhaust. I’ve managed to clean the pipe but just as far as the eye can see. I tried cleaning the rear silencers for the Concours, did not get very far, now the boxes look factory fresh and the inside of the pipe looks like it has been cleaned right through to the manifold.

All in all I was very impressed with this outfit, they use only the best products, Autoglym, Turtle Wax, Meguiar’s, Karcher vacuum cleaners (in conjunction with other top-notch cleaning equipment) etc. which they mostly import directly and a few which are trade secrets. Above all, I like the fact that Mzansi Auto Finishers assess the needs of each particular client and then offers a tailor-made solution that meets the desires and budget of the individual. 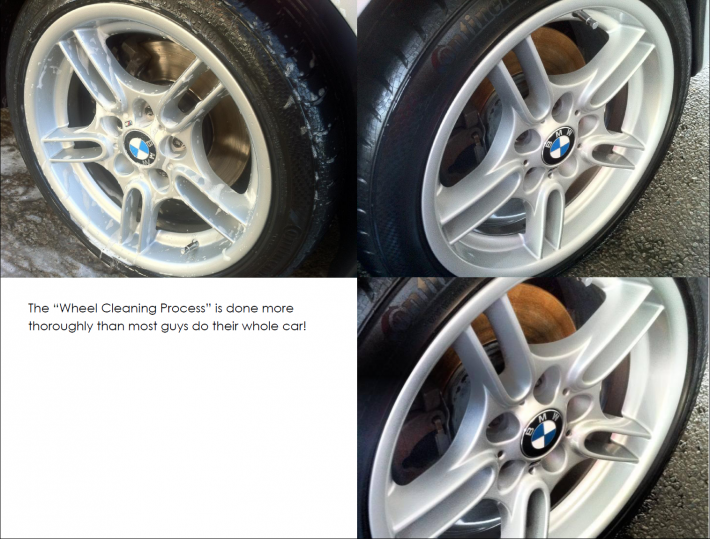 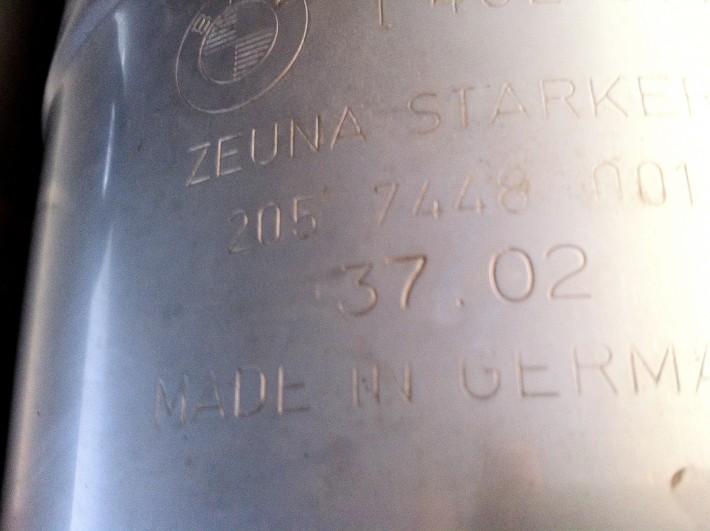 Have a close look at the before and after pictures so you can get a sense of the painstaking attention to detail.

For those Bavarian enthusiasts needing any assistance preparing their vehicles for the upcoming BMW Car Club Concours on the 25 August, look no further than Mzansi Auto Finishers. 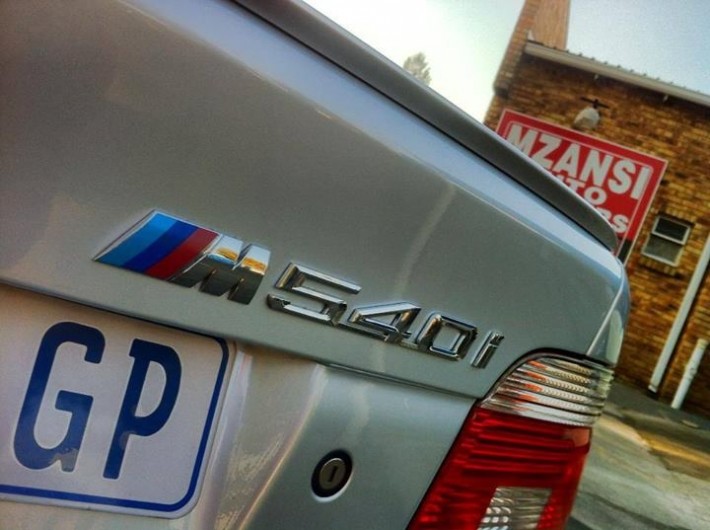