Credit: capestance.com Tauriq Ajam
Ridhaa Cornelius' Brutal E90 M3
So it seems we have back to back BMW E90/E92 M3 features. Now this is by no means planned or intentional, but merely a coincidence and by product of Cape Town's fast growing stance scene. It is clear from this feature that the boundaries of stance have broken into the more elite and classy categories of the automotive industry and that the stance scene is no longer limited to usual suspects such as the Hondas and VWs. We are therefore proud to bring you Ridhaa Cornelius' E90 M3.
Ridhaa is really one of those guys that do things to utter perfection. Looking back to his previous countless amounts of immaculate  Nissan Sabre GXIs, and a beautiful E46 M3, Ridhaa really stepped up his game and opted to get his hands on the less popular and very understated E90 M3 painted in Interlagos Blue with a tan nappa leather interior. 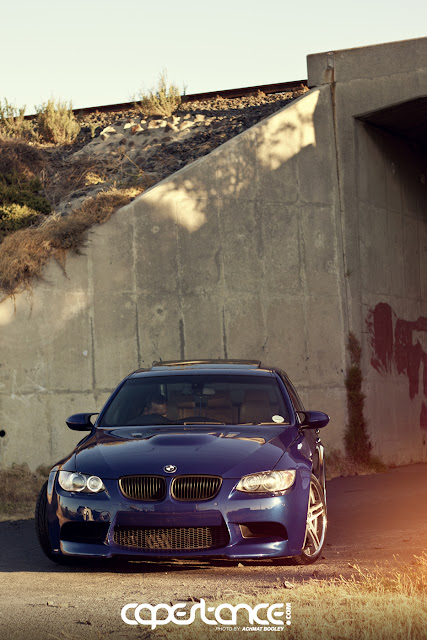 When Ridhaa found this M3, she was by no means the showstopper she is today. She was not taken care of and nowhere near to the same standards that he would like her to be in, so as soon as he purchased her he had her fully detailed by one of our best local detailer's available; Vincent West at UltimateShine.co.za. This was the first step in really bringing this beauty of a machine alive. The reason being that when a car leaves Vincent's studio you will not be able to pick up a single grain of dust or spot a single swirl mark. She basically was restored back to showroom condition. 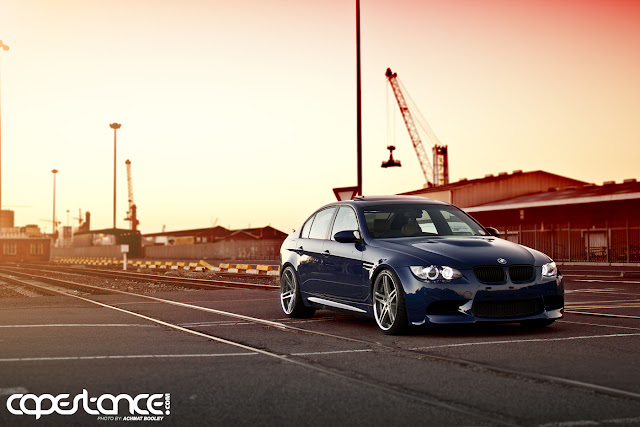 Ridhaa thereafter took the car to one of the top panel shops in the Cape, where he had the front bumper done over and in the process, flushed out the number plate brackets and had a Vorsteiner front spoiler molded into the bumper to give the front a more aggressive appearance. To compliment the bumper, the kidney grilles were sprayed black and LED bulbs had been fitted to the halo rings in the headlights to give this E90 a more modern and crisp finish. The rear was graced with a slight smoke of the tail lights and not forgetting the dual Schnitzer exhaust silencers, which amplifies that perfectly engineered and insanely aggressive engine note of the infamous BMW S65B40 V8. This car is clear example of how small touches can really set a car apart from the rest. 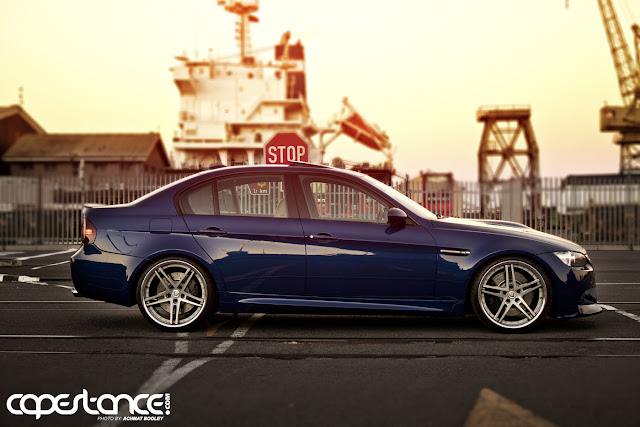 Now onto the main attraction, the Wheel and Suspension Setup. This E90 chassis is resting up a set of H'nR Race springs and the arches are filled out with a set of 20" Rohana wheels with fitment specifically spec'd to fill those beautifully flared arches that E90-3 M models all boast.
These Rohana RC5s measure in at 20x9 up front and 20x11 at the rears and are wrapped in Falken 452 rubbers 245 30 20 and 285 25 20 respectively. 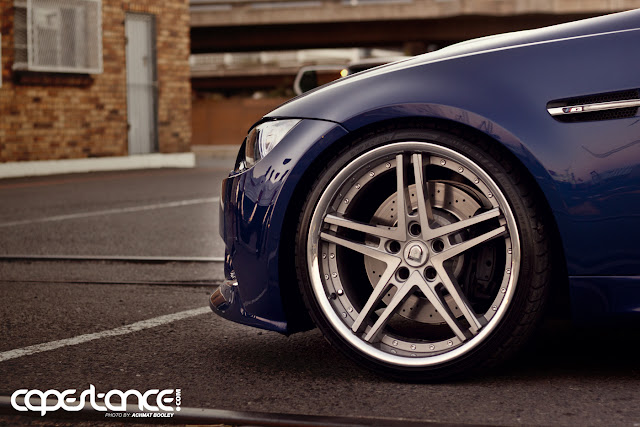 In conclusion of this feature, we would just like to express our appreciation and gratitude as this M3 is a clear example of the typical saying, less is more. How the small details come together and end up in something that is completely classy and flawless. 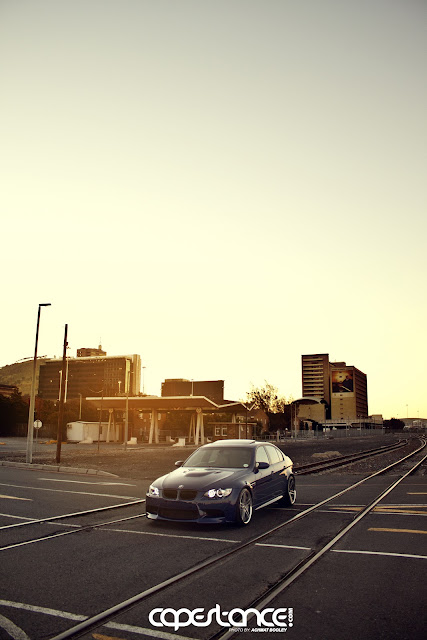 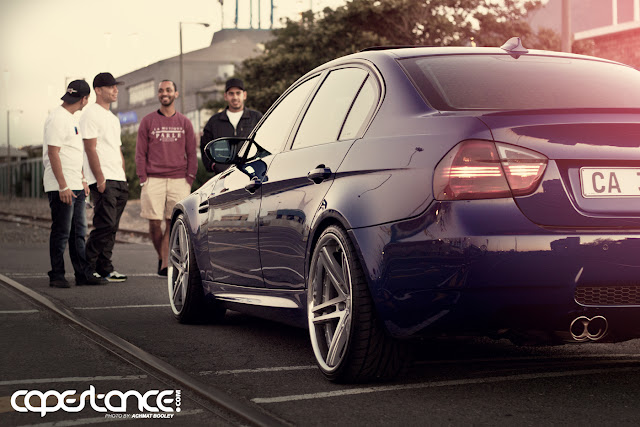 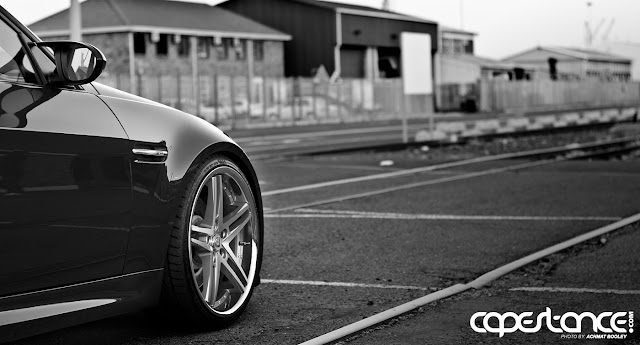 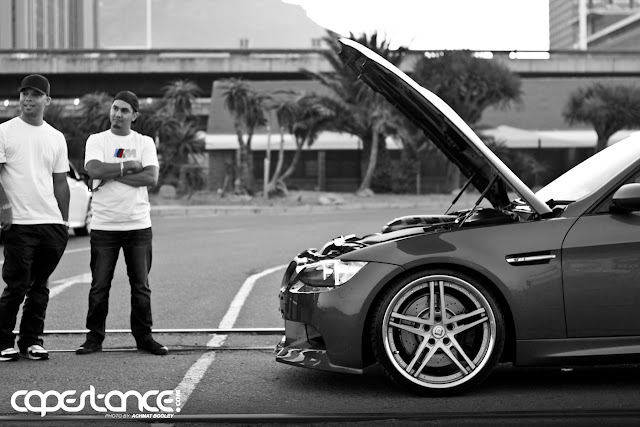 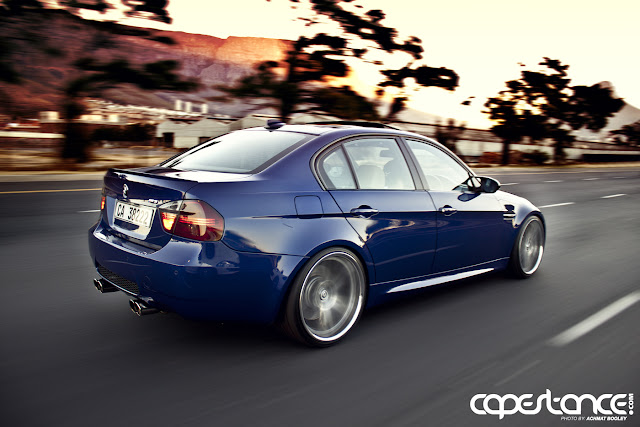 Some beautiful rolling shots of the M3 in action 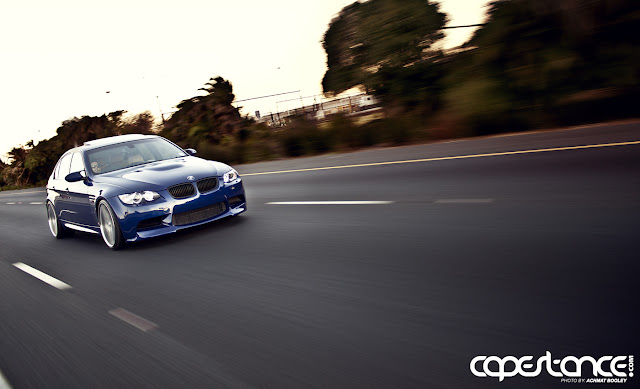 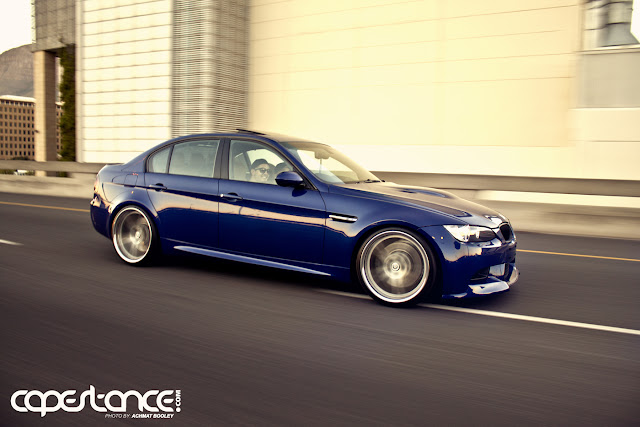