PICTURES OF THE DAY 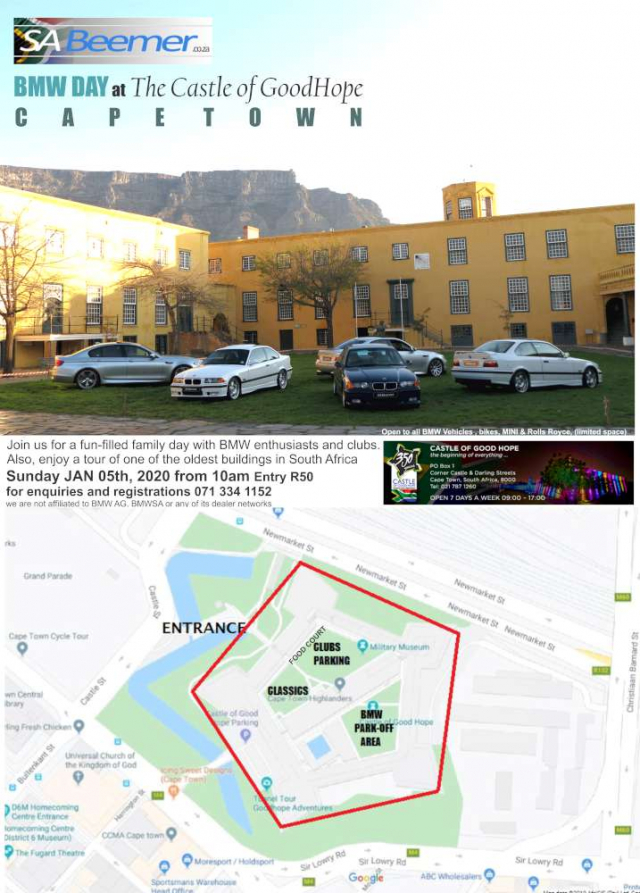 The venue was very much different to the usual Killarney Motor Racing complex which was the setting since SABeemers’ first BMWfest in 2010.

The location this time was the iconic Castle of Goodhope at the border of the picturesque Cape Town CBD. The Cape Town Castle was built in the 17th century as a fortress but is now a local headquarter for the South African Army in the Western Cape. The Castle also houses the Castle Military Museum and ceremonial facilities for the traditional Cape regiments. The Castle is declared a historical monument and is considered the best preserved example of a 17th century architectural structure in the entire world - according to their website.

With a limited space inside the Castle to park the Beemers, guys and girls from around Cape Town  didn’t disappoint when it came to making the oldest colonial building in SA look like a garden of Bavarian Motoring bliss.

The related clubs that took part were “Dirty30”, “V10 Army” “BMSquad” “Cape36ers” “BMWCarClubCapeTown” . Other spots were filled by individual enthusiasts who are passionate about sharing their awesome rides with other enthusiasts.

Good food was catered on the day by the popular Gringos’ Burger House as well as the newly established Talladega Grill with their perfect briskets officially running for the first time at this event.

It was a wonderful day and a good first run for the SABeemer team at this new venue.