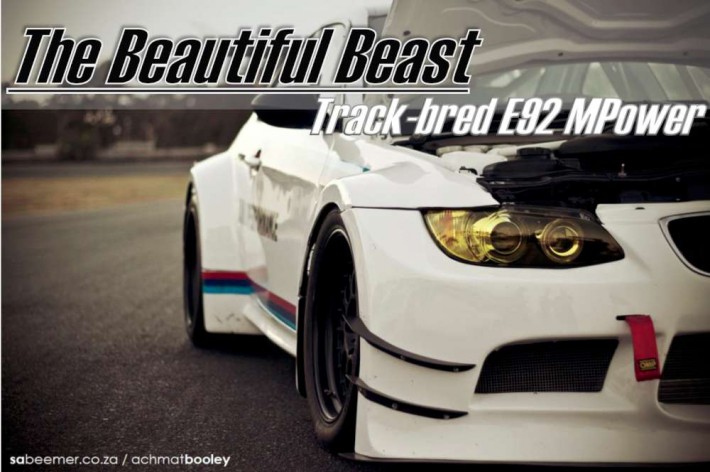 BMW M started in ‘72 after taking inspiration from the BMW race cars of previous years.

I wonder had the Germans known at that stage, that the word Motorsport would put such a different meaning to the letter M…. adding to it Power, Heritage and the sense of Driving bliss to create a brand that is globally admired by millions of fans.

We all know what status the M3 badge carries on the streets, it muscled itself into a benchmark and earned its respectful presence, whether it’s the fastest car or not.

And, undoubtedly, all of us would love to thrash one around the track for that personal satisfaction.

The E92 M3 is a great car, with a sweet V8 motor to constantly feed you a stream of power. It lets us enjoy what the founders of BMW M meant for us to enjoy, - race-bred components and design – made accessible on everyday road cars.

Here we have a track inspired E92 M3. 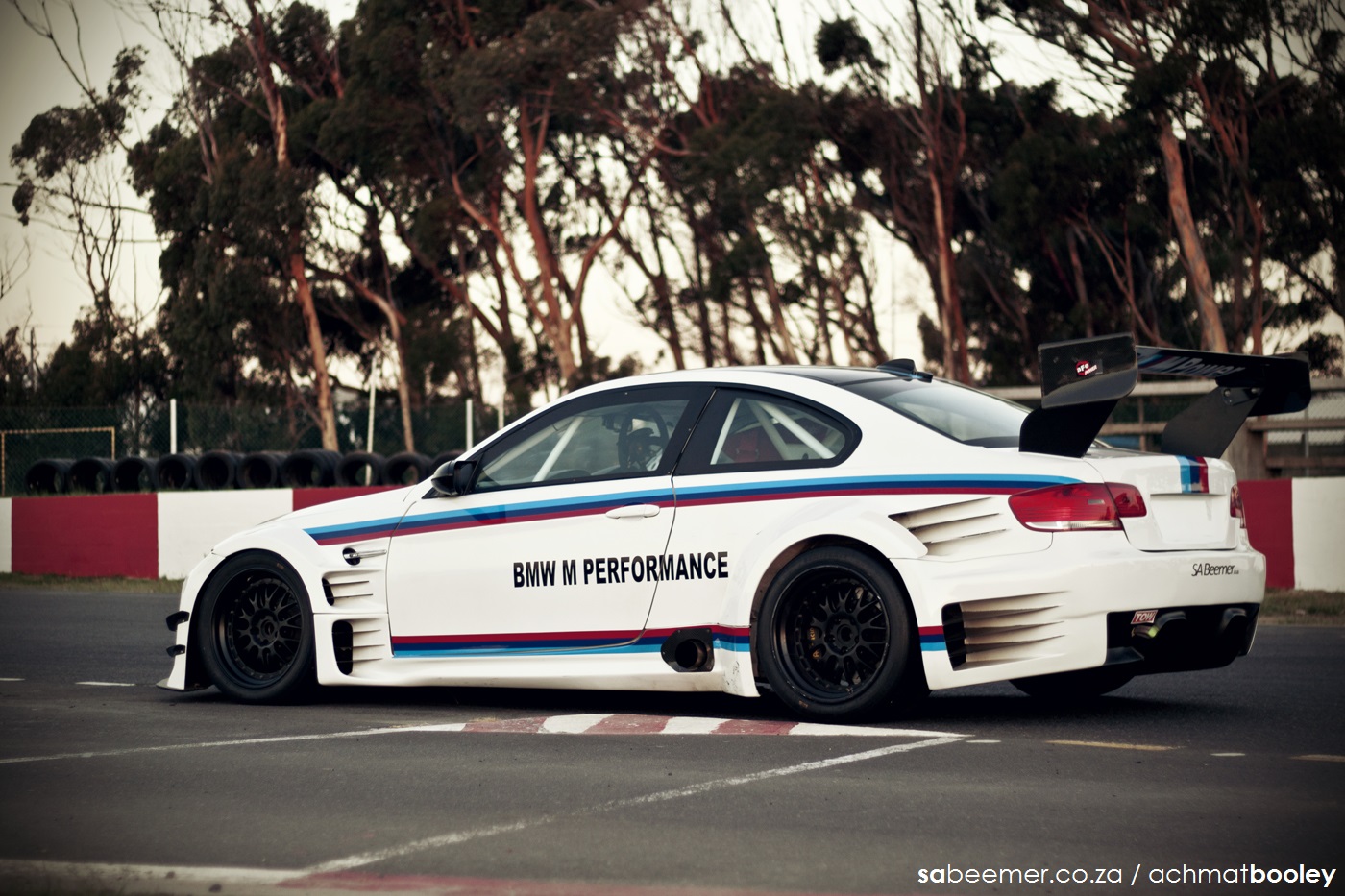 Based on the E92 M3 GTR which took part in the American Le Mans Series, the body is moulded from fibreglass by a skilled craftsman from Pretoria. This body is much wider but also much much lighter than the standard road-going M3, allowing its tuned chassis to easily hold the hulked-up body around the track. 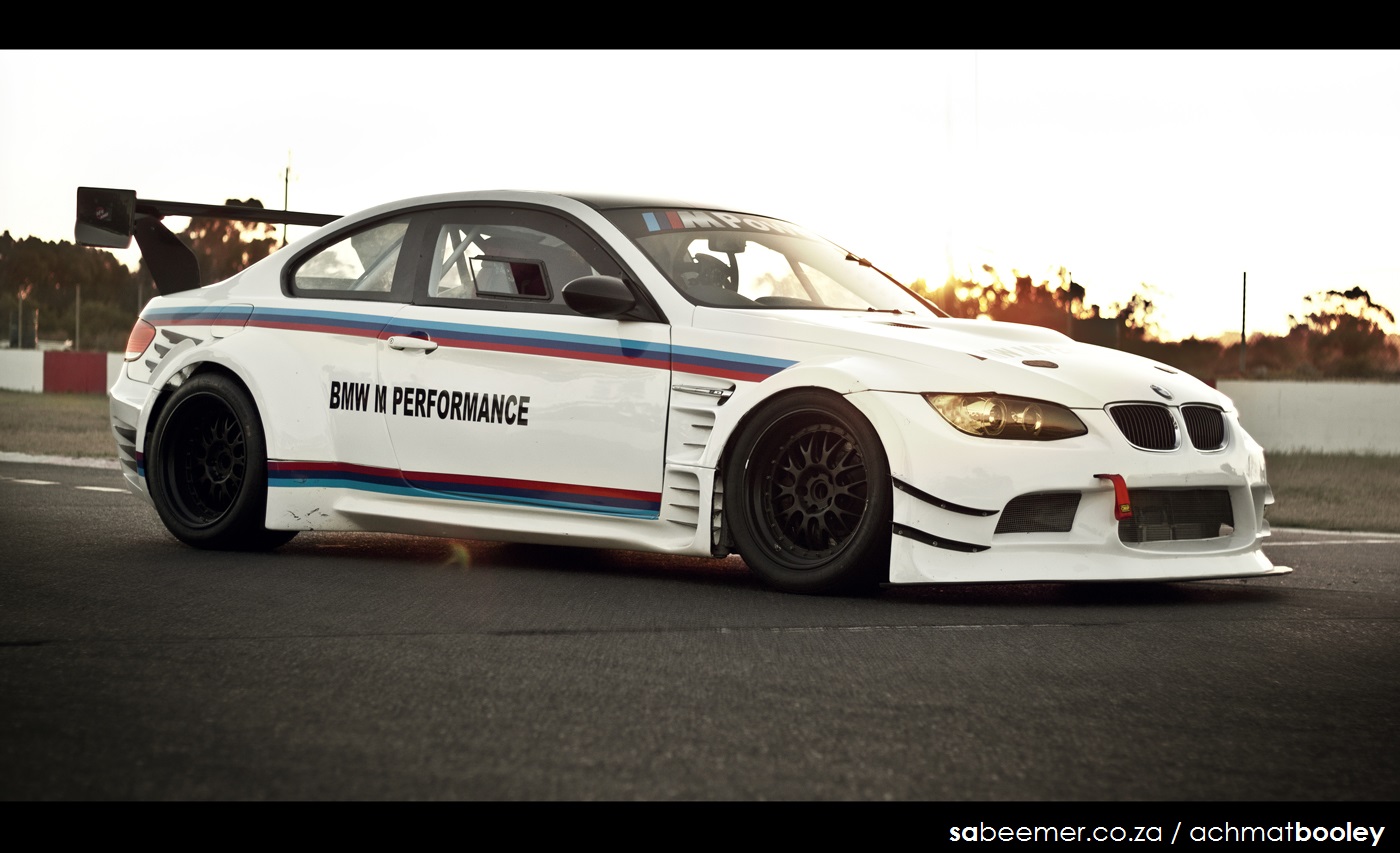 The interior is in its most simplistic form, completely stripped out - housing only the controls that contribute to the sensation of driving this beast. Nothing else matters. 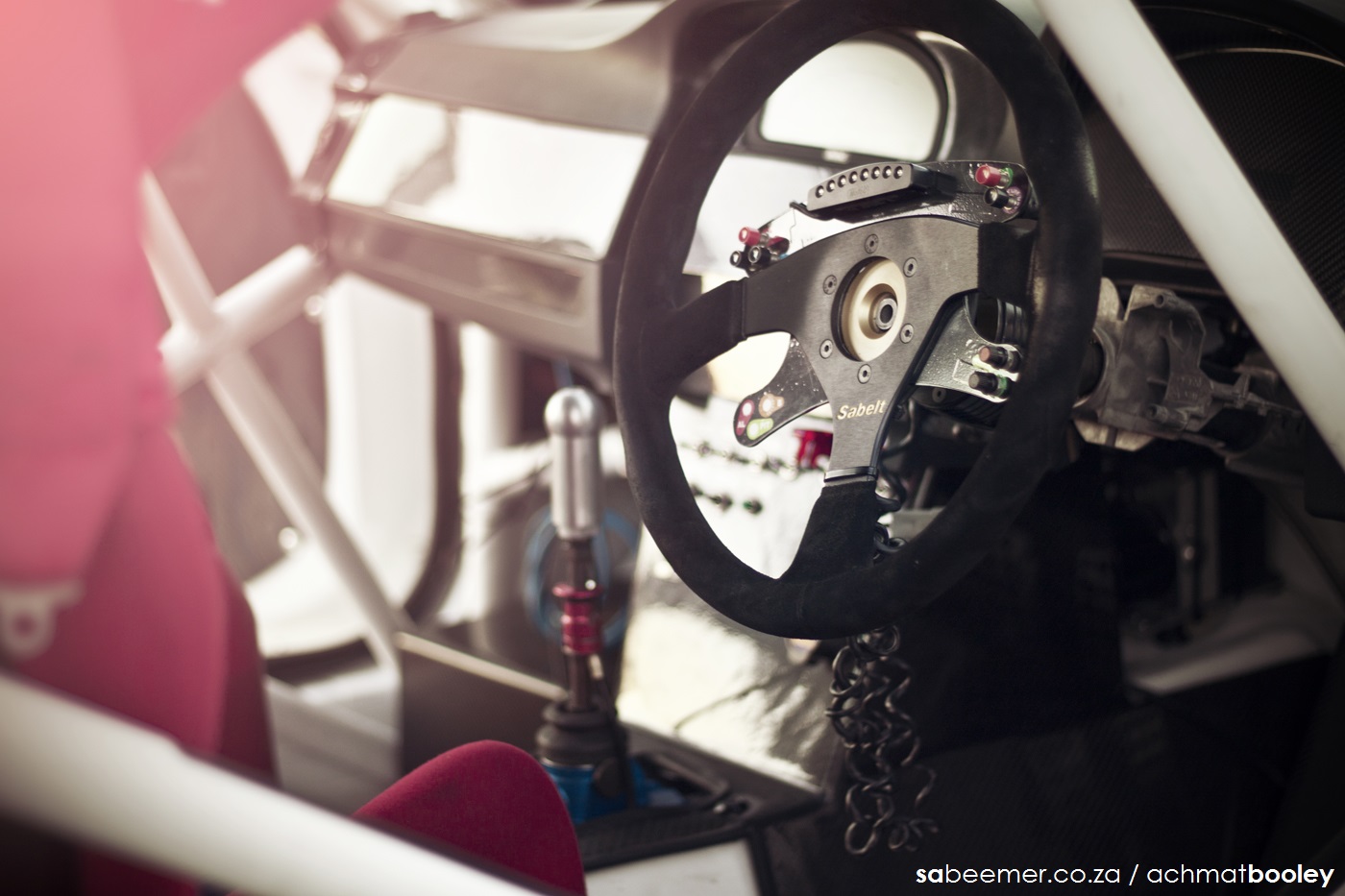 When one is finally bunked down in driving position, you can feel that this machine is built with only speed in mind. 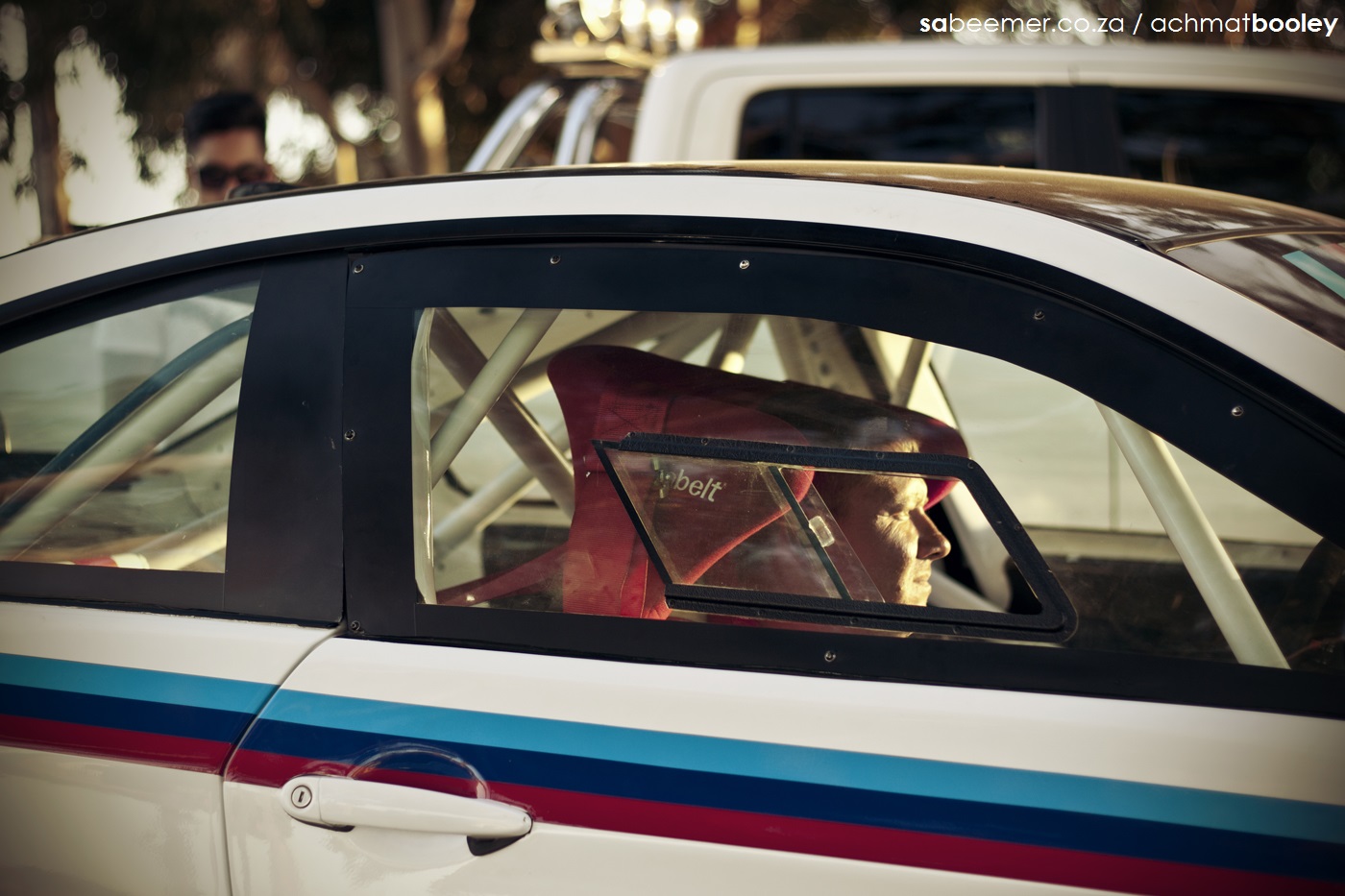 The most amazing part of this vehicle for me is the engine. The reason I find it of utmost interest is due to it being a factory standard S65 4.0L V8 motor, as you would find in a standard road going version of the E9x M3. With stock internals, it shows the confidence that the builders of this car had in M engineering. The trusted reliability of an unmolested and unmodified motor, in order to maintain its full potential with reliability. 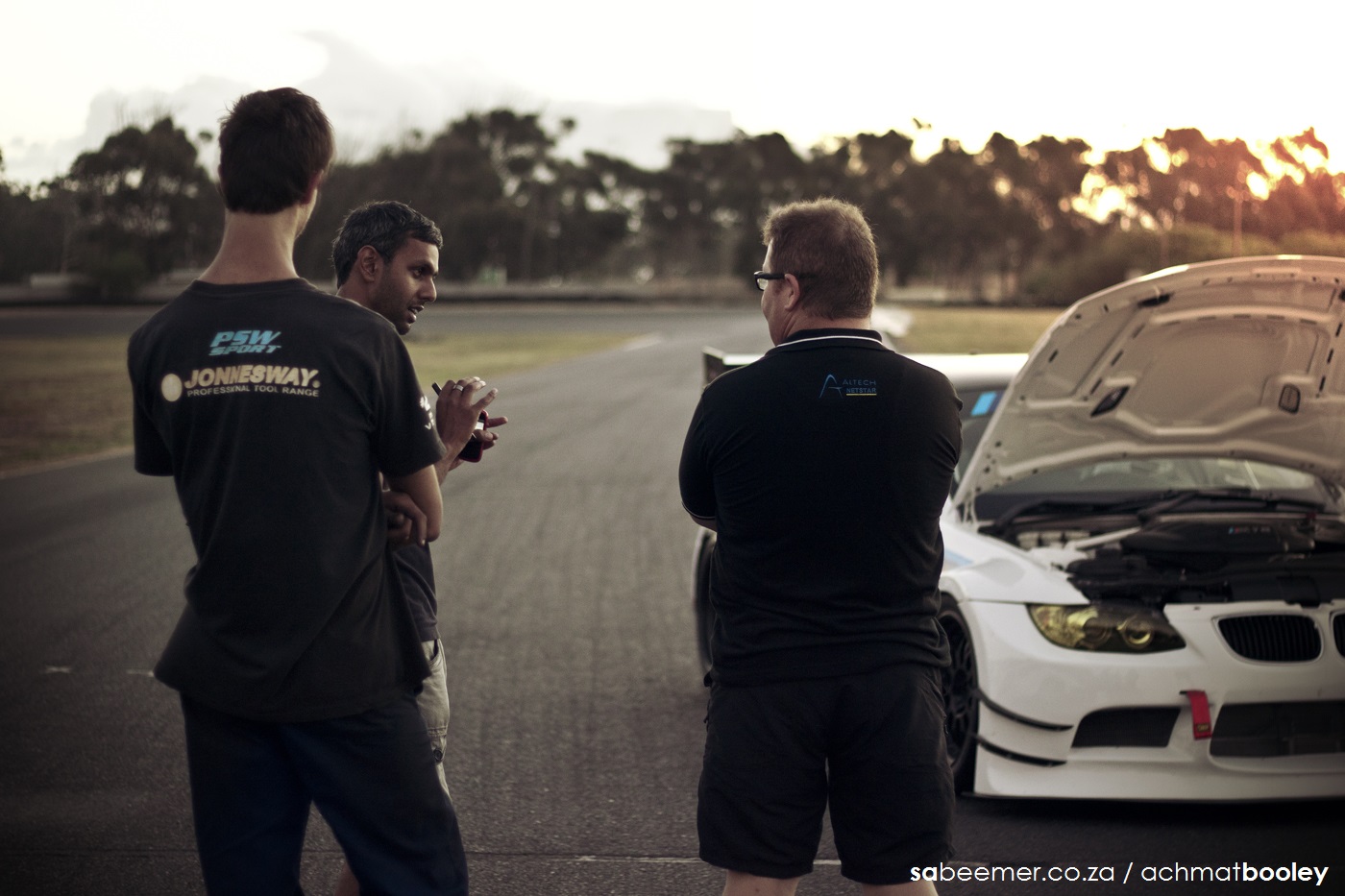 The Sasol 98 Racing fuel is maintained, controlled and monitored via a Motech Management System.

Gear changes is through a slick Quaife sequential gearbox, and wheels are imported lightweight BBS items.

A shortened exhaust system which is found on many race cars is also applied here. The tailpiece just edges out of the bodywork in front of the left rear wheel. It has a tone which cannot be explained. The sound is sort of an orgasmic mating between mechanical muscle and a sweet symphony. (fortunately I found a video which has the sound to show where the dirty thoughts come from)…..

This car is a magnificent machine. Not only does it instil enjoyment for the person driving it, but it also excites the spectators watching it flying around the track. It excites grown men as well as hyped up toddlers. It even excites the females. 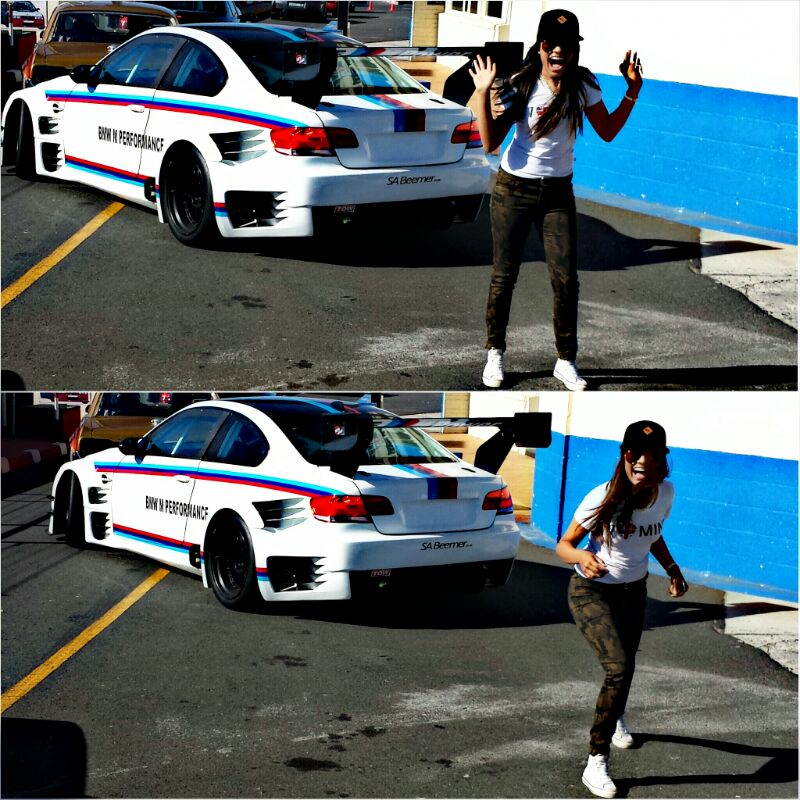 This M3 surely is a true beast, but a most welcomed one.

some more pics taken by myself at a Killarney Race Track Open Track Day....