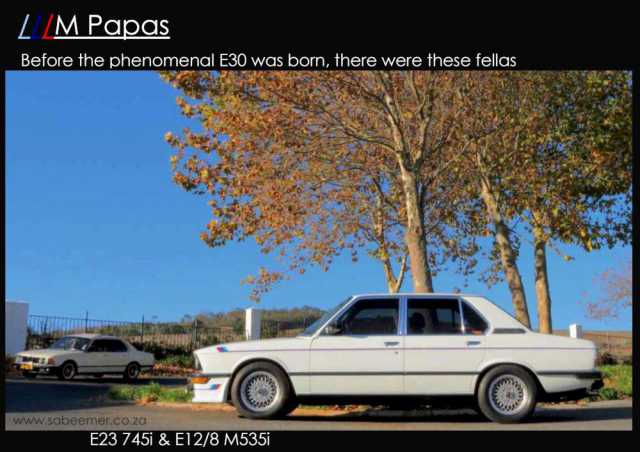 BMW M started as a racing division back in 1972 taking standard road going BMW cars and modifying them to race on track. And the results were that of much enjoyment and success.

For me the biggest plus factor of this initiation was the decision to bring the technicalities and mods learnt on the track, to road cars. 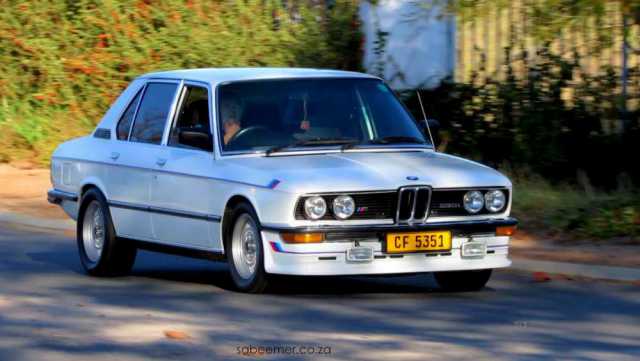 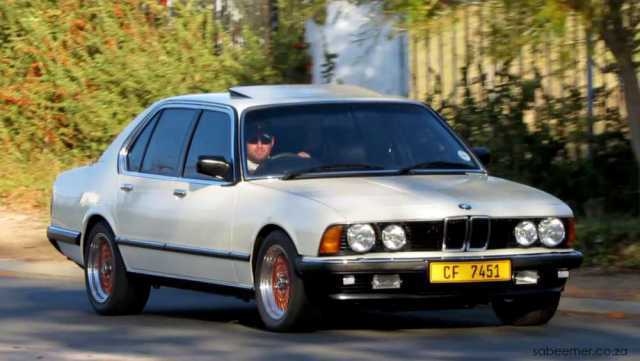 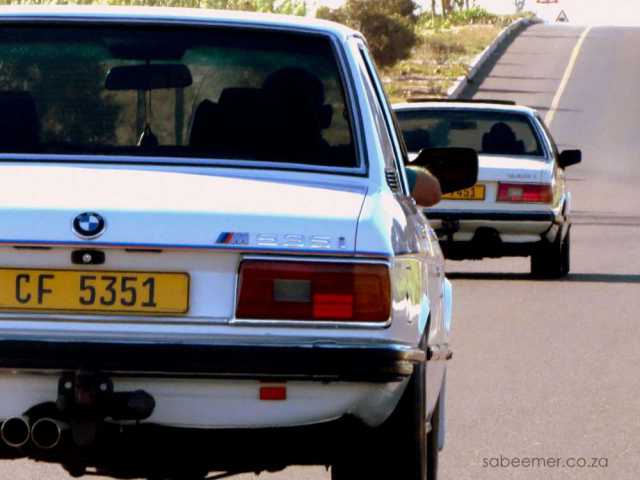 Now BMW’s main stream production cars were already well set-up and exciting to drive, but the M guys wanted an everyday driver to experience the fun and thrill that the racing guys were enjoying, and thankfully BMW M Production cars were available to the public.

Here we have two cars which cemented BMWs place in the ‘Performance Saloon Car’ segment. 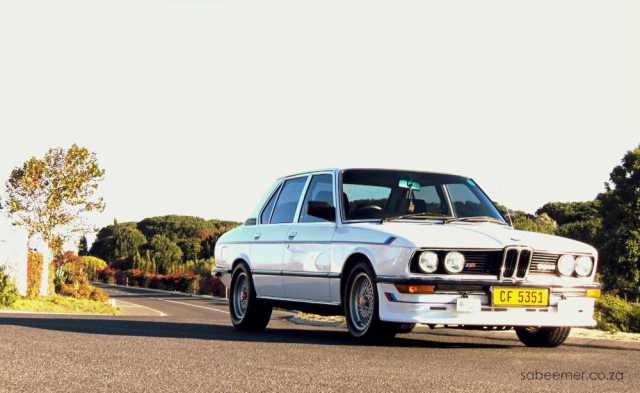 About the E12 - Source Wikipedia :

“Several low-production versions of the E12 were built. Beginning in 1974 the Motorsport 530 or 530i "upgrades" were available strictly on special order for the 525/528 fitted with either the 3-liter 180 PS DIN engine from the BMW 3.0S or the fuel-injected 200 PS DIN engine from the 3.0Si. Other modifications were a rear axle ratio of 3.45:1 (3.25:1 for the 530i), a 25% LSD, vented disc brakes, Bilstein shocks, Scheel or Recaro sports seats, a sports steering wheel, light alloy wheels on lower profile tyres plus optional (often omitted) front-rear air-dams/spoilers. Later, the similar Motorsport 533i and 535i packages were available for the 528i but featuring the 3.2L and 3.5L engines from the 633CSi and 635CSi. Finally the readily available "official" Motorsport version M535i, featuring a 3.5L engine with special styling such as Motorsport front and rear spoilers, Recaro-brand sport seats, a close-ratio transmission and limited-slip differential, larger brakes, and other styling cues such as Motorsport striping down the sides of the car and on the front air-dam plus the BMW M1 steering wheel was available between 1980 and 1981 with 1410 cars produced. In South Africa, the 530 MLE was produced as a light-weight homologation special for racing (218 made in total).[6] These Motorsport E12's are often considered the first production models that the BMW Motorsport division ever produced.[7]

Due to high import duties in South Africa, BMW sent E12 cars as complete knock down (CKD) kits to be assembled in South Africa for its own market. An E12/8 was built in the South Africa market just as the new E28 body replaced the E12 elsewhere. The E12/8 was essentially an E12 body fitted with the E28 suspension, electronics and interior.” 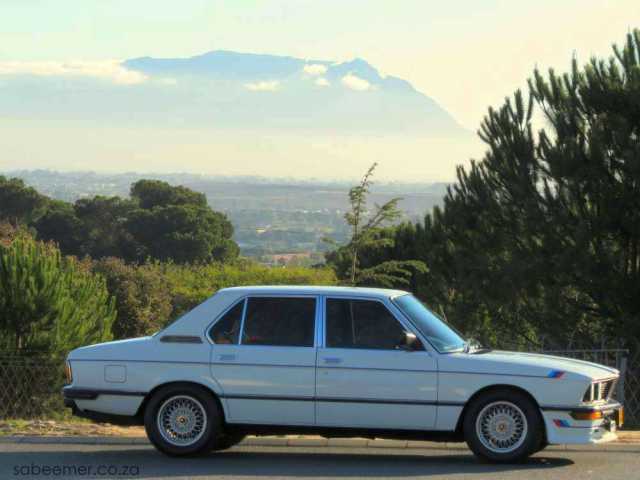 The owner has fully restored this M535i to its factory-original spec.

A pic of the car when it was bought 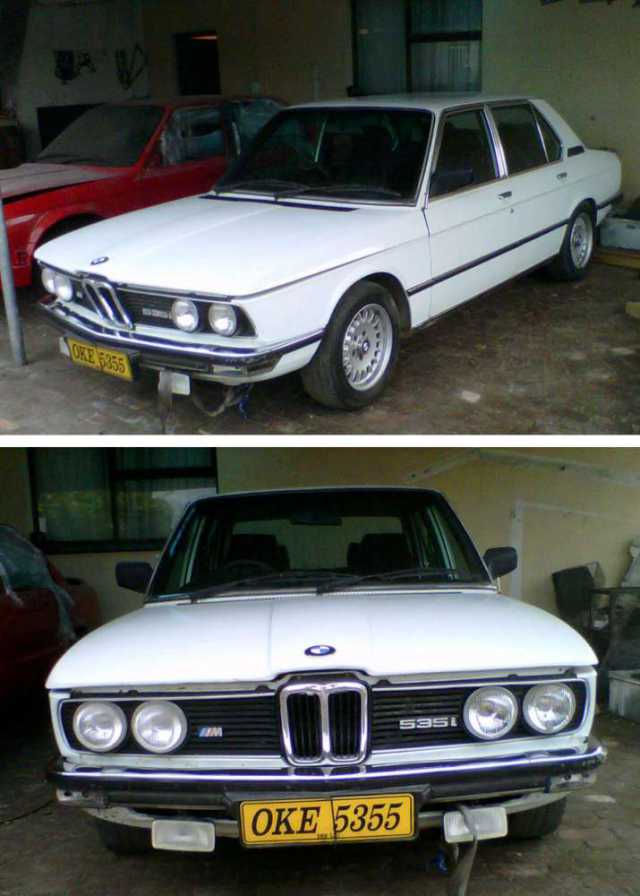 The car was completely stripped down and repainted which took approximately 1 and a half years to complete. The only change was to the cooling system whereby an upgraded radiator was fitted to help with cooling issues. 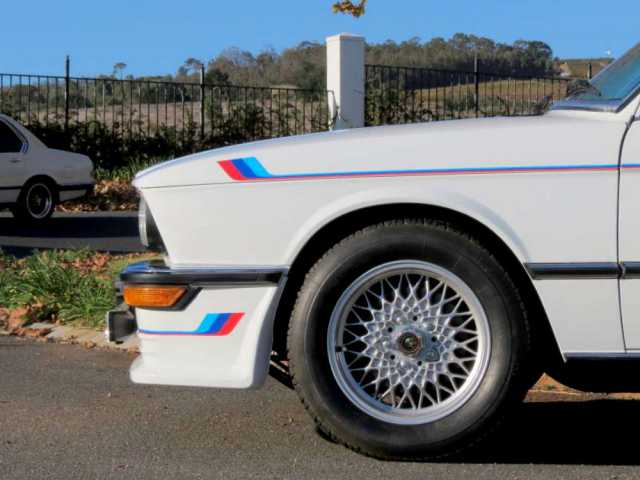 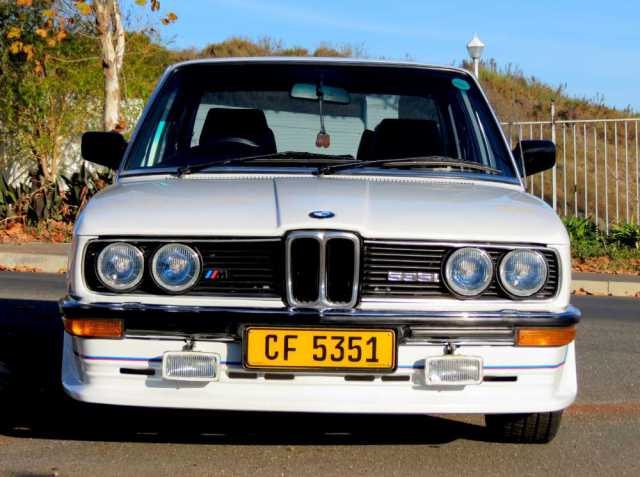 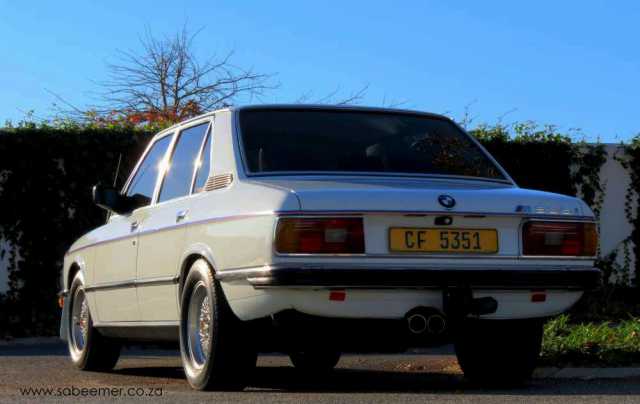 The interior is just as it should be with the original bits all taken care of. 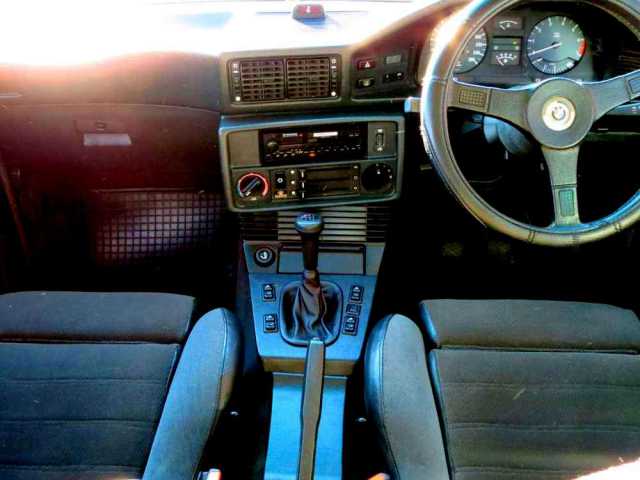 The sport steering wheel was also shared with M1 supercar 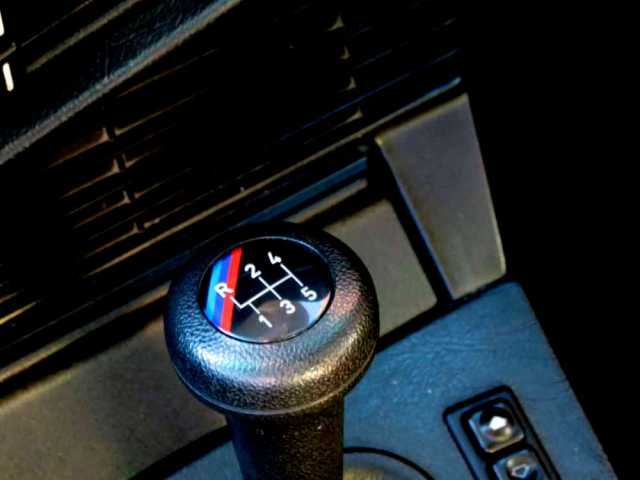 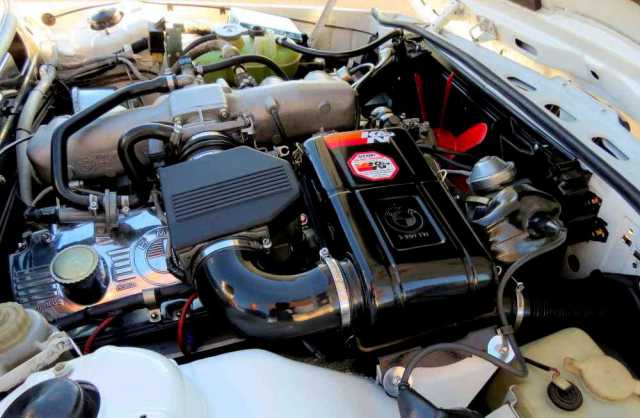 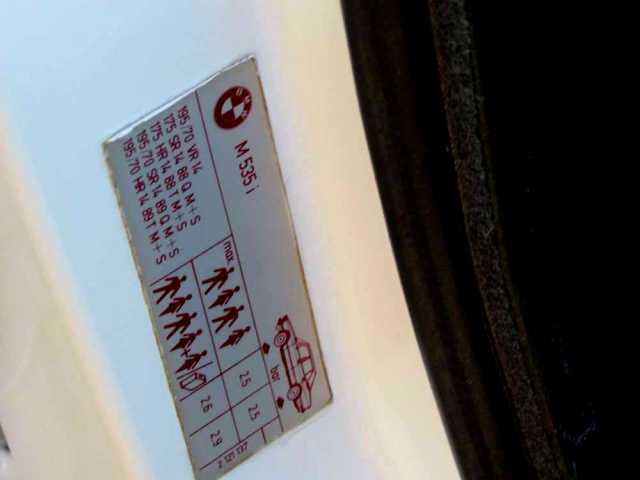 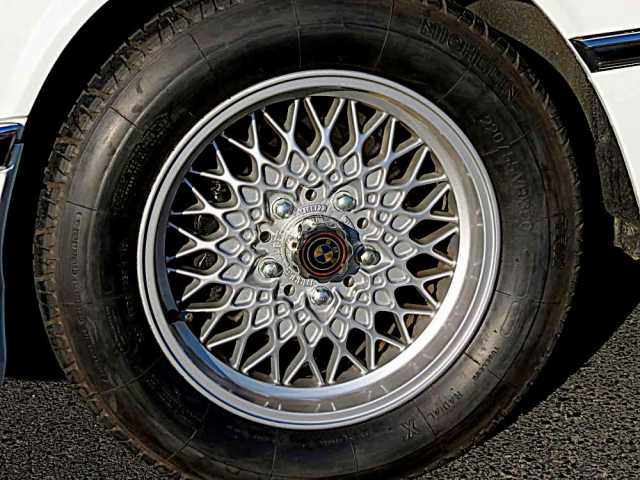 This E12/8 M535i is certainly one of the cleanest and most original i've seen so far and hats off to the owner for restoring this true gem to each and every detail. 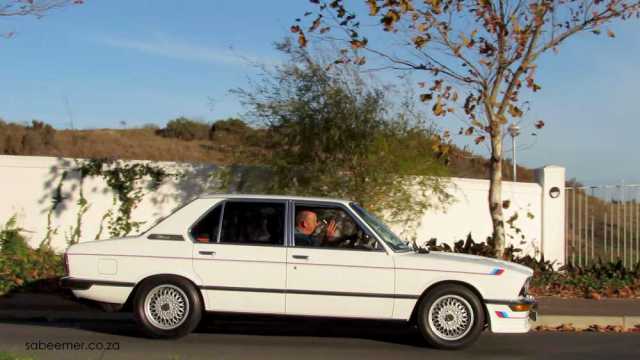 The 745i we see here is a 1984 model, and is also a special limited edition product for the South African market. 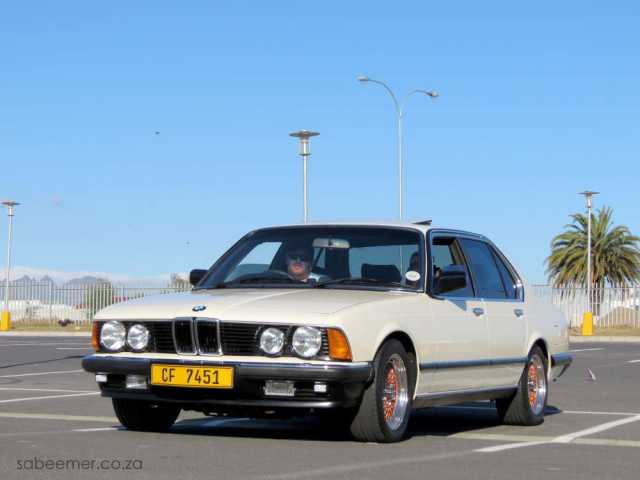 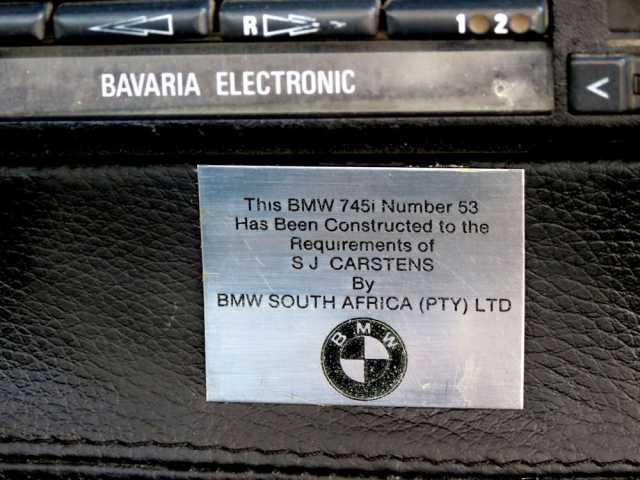 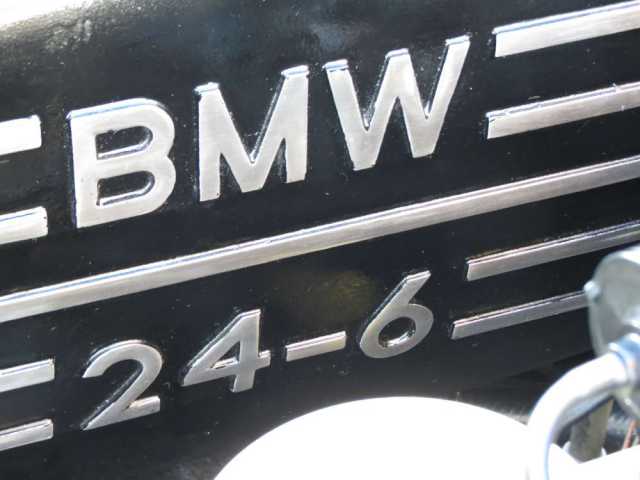 About the 745i – Wikipedia.com

A 745i without turbocharger was built specifically for the South African market. The right-hand-drive version was not possible with the turbocharged motor due to the proximity of turbocharger in the right-hand side of engine bay. Instead, it was fitted with the upgraded version of 290 hp (220 kW) dual-camshaft 24-valve M88/3 M1 Motorsport engine with a Bosch ML-Jetronic fuel injection system. This particular motor was also fitted to the first-generation M5 and M635CSi. A production run of 209 South African 745i was built from 1983 to 1987: 192 were built with automatic gearbox and 17 with 5-speed manual gearbox.[3]

BMW South Africa ran one of these 745i models in Class A of the South African Modified Saloon Car Championship, the only BMW-Sanctioned motor sport application in the history of BMW 7-series cars.”…Wikipedia 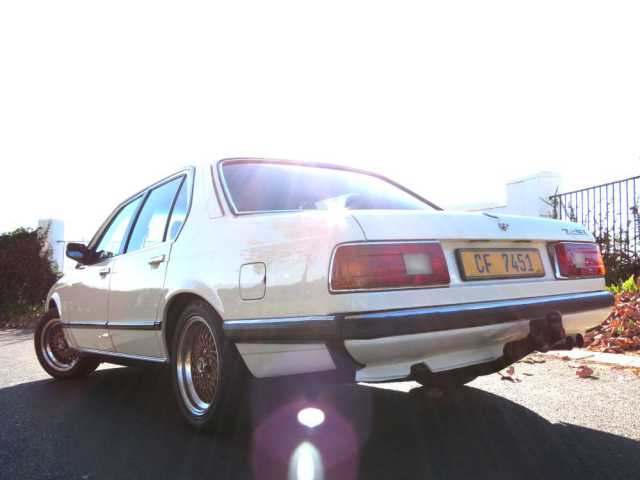 This car was also completely restored by the current owner with a strip-down and a repaint. The interior was also professionally redone. 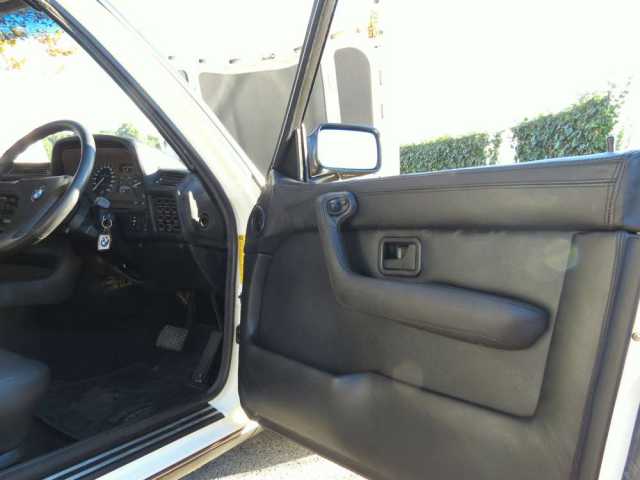 Electric adjustable rear seats is a boastable feature. We love it 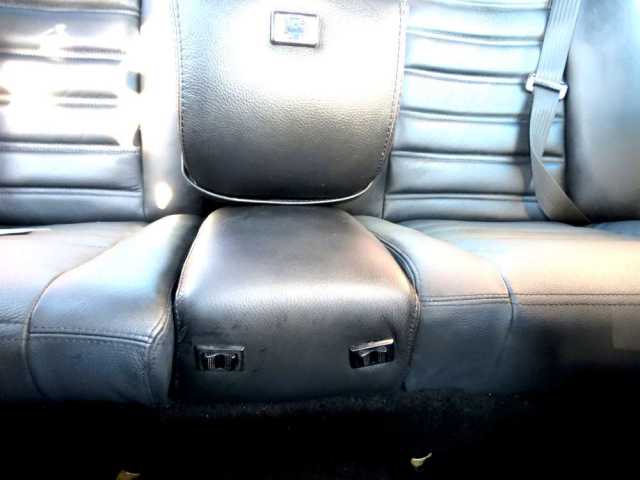 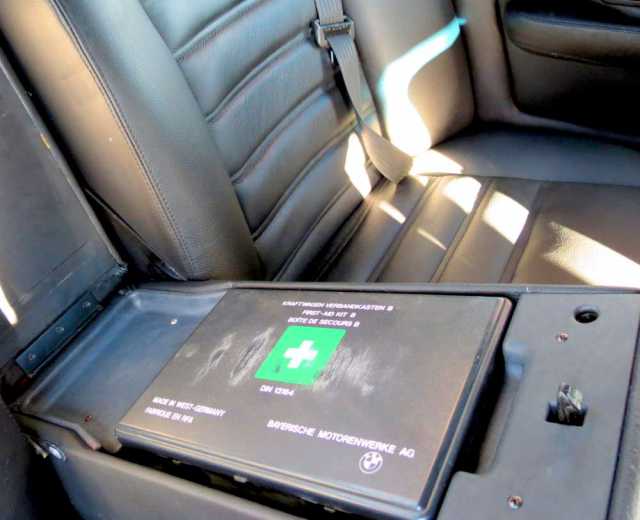 The motor is still stock and was given a thorough major service. 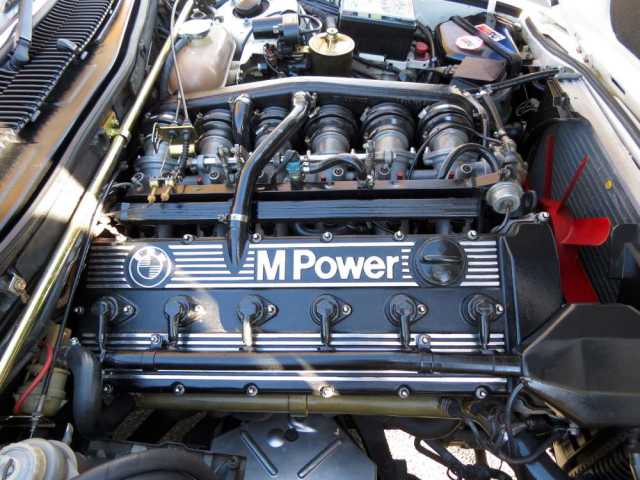 Sports selector for the Auto gearbox 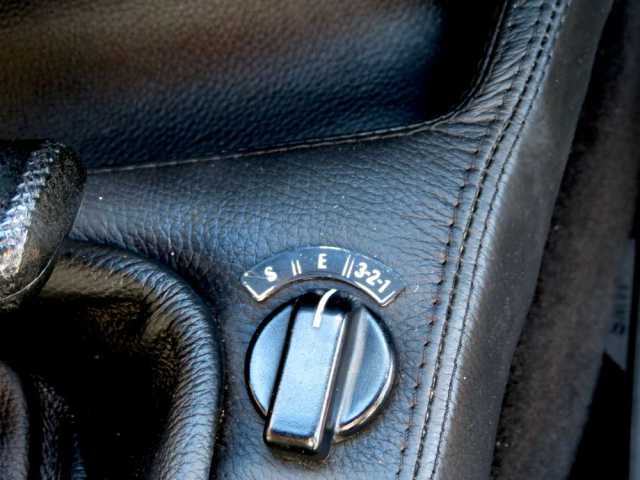 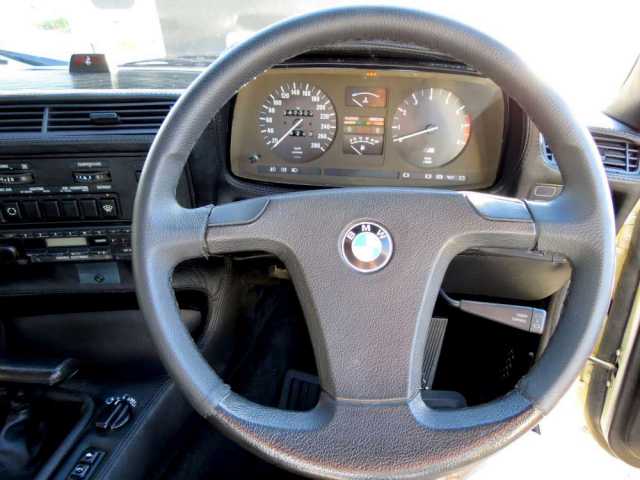 Tool-lid filled with "The tools" 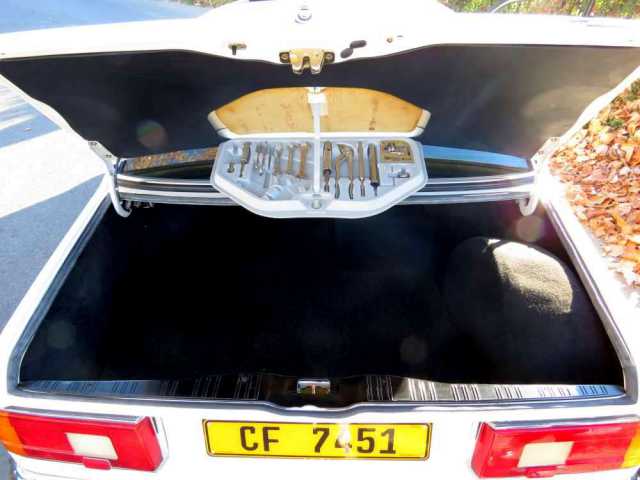 The car took 7 months to complete and all the replacement parts were sourced from Germany, albeit the Armstrong Shocks which were sourced locally. 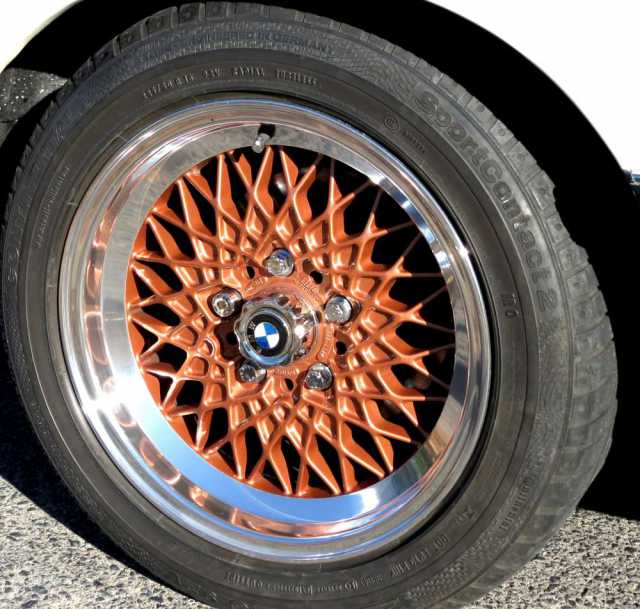 It is seen as very rare in all other parts of the world, hence the demand for these special cars are rising by overseas collectors. 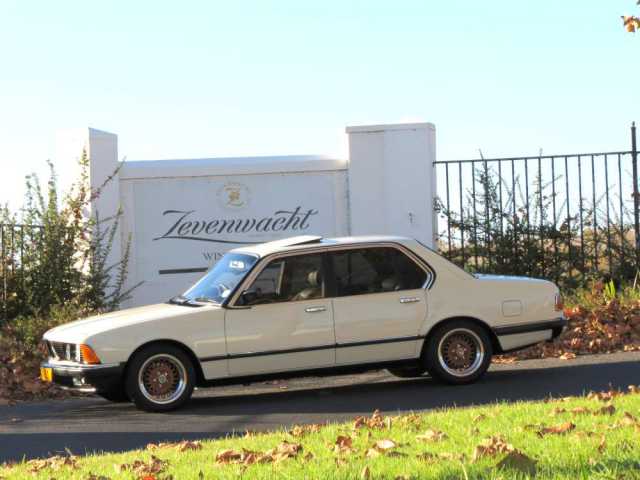 I have heard many tales of older fellas reminiscing about the 80s with these cars being the ‘respectable bullies’ on the streets at the time.

We should appreciate owners that spend hundreds of thousands of rands looking after these classic cars and restoring them, keeping them alive, instead of buying boring newer cars which have no personality and a soulless purpose. 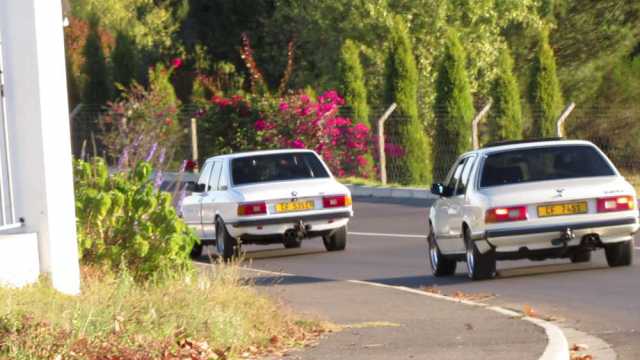